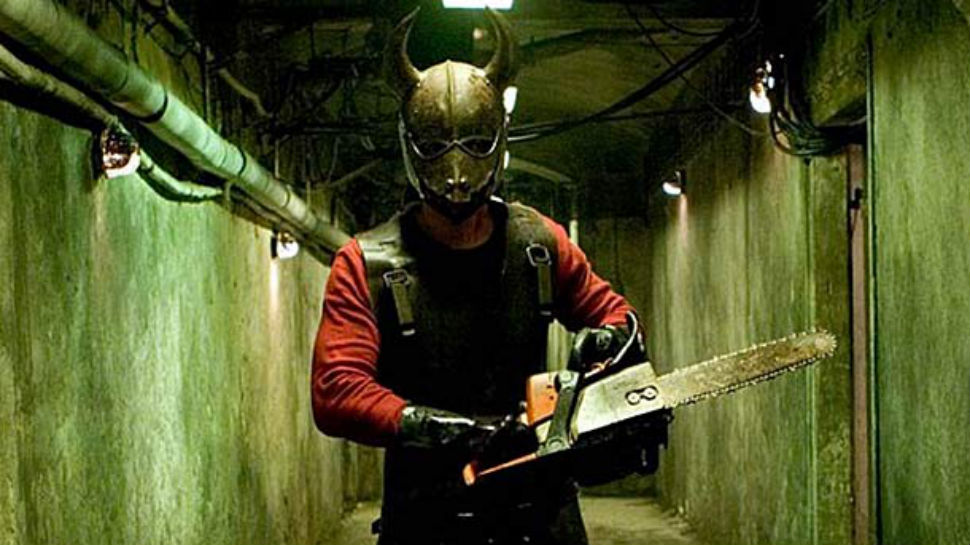 There are many ways to define “disturbing,” but Merriam-Webster lists four traits that give us a good place to start when working with the term. It means anything from causing annoyance, embarrassment, anxiety, or worry to causing agitation or uncomfortable feelings.

In this case, there are certainly a good many films across the spectrum that embody these traits, but only a handful stand out as the most disturbing. Even so, limiting one’s scope to examining only the most disturbing American films grants an even smaller list.

What follows is a ranking for the 10 most disturbing American films, and it includes a variety of genres in order to address the full range of meaning regarding what truly “disturbs” the spectator. No doubt, some of the films below made you irate or need to walk out of the room. Maybe they made you scream in terror or cry with grief. In the end, they left you disturbed, and that’s their greatest feature. 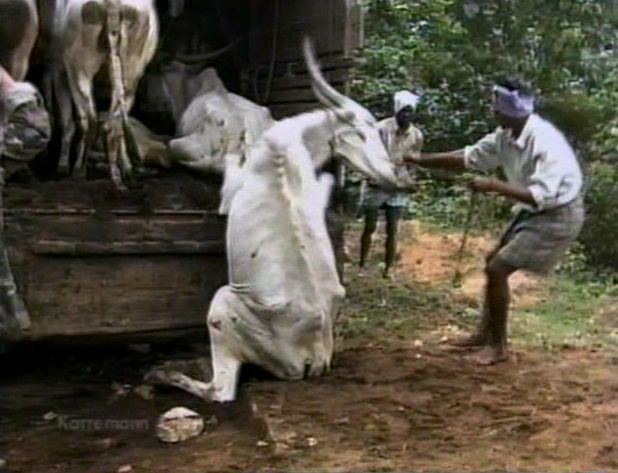 Part of what’s so disturbing about Earthlings is its connection to truth. This American-made documentary film features filmmaker and environmental rights activist Shaun Monson behind the camera accompanied by the voice of Joaquin Phoenix narrating the harsh truths of human cruelty to nature and animals. It’s a scathing critique of capitalism and its byproducts in terms of how humans interact with our world.

From animal gore to landscape shot to depictions of human interactions, whatever the camera sets its gaze upon effuses uncomfortably into the minds of viewers. It reverberates hours, days, and weeks later because the information it provides implicates all of us in a crisis of egoism, entropy, and exploitation.

Documentaries often portray the most horrifying and disturbing elements of our world, and their attempts to be neutral in their telling vary, but Earthlings does a great job using real footage and limited narration to tell its own truth. In the end, the film will have you asking what it means to be human in late capitalism – and how can we learn to do better?

In Titicut Follies, Frederick Wiseman captures the dreary and problematic miasma of life inside an American mental health institution. The documentary itself was likely inspired by a quartet or so of asylum-centered horror films that were released before 1967.

It’s undeniable, however, that the brutal realities portrayed in this artistic documentary are so much more disturbing than, say, Bedlam (1946) or The Unearthly (1957). Perhaps Wiseman released Follies, then, in an attempt to prove how horrifying the truth of mental institutions actually was.

Even if Follies wasn’t inspired by these early films, it certainly worked like a charm on audiences to solidify the terror, for it created later cult horror followings that linger today. Just consider American Horror Story’s “Asylum” season (2012), Grave Encounters (2011), or Shutter Island (2010) to name only a few relatively recent examples.

What’s more, Titicut Follies uses cinematic techniques that encourage the viewer to feel distressed or disturbed, just like the people they’re watching in the film. Extreme close-ups during interviews make the spectator feel forced intimacy with the subjects of the documentary, and the camera often tracks subjects in the far side of the visual field while shooting through crowds, which combines blur and focus together and really frustrates the eyes. On top of all that, repetitive diegetic voice-over creates viewer anxiety, and the black and white coloring makes things even weirder.

Clearly, the content also disturbs, and one of the strangest elements of Follies is that it opens and closes with song and dance numbers performed by residents of the mental institution. Is this exploitation or hospitality? You decide. Regardless, it’s definitely a disturbing film through its truth and its art. 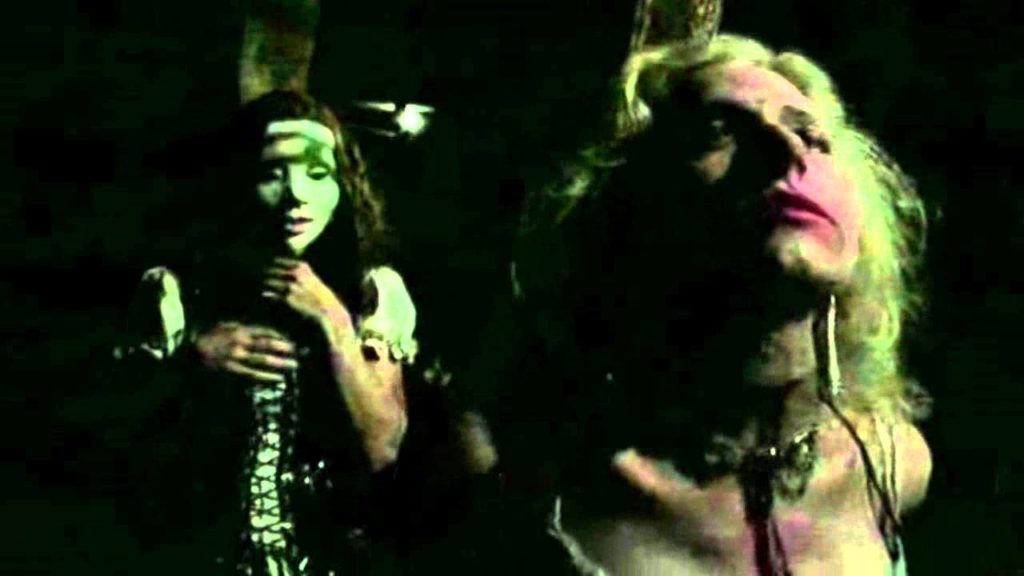 In The Poughkeepsie Tapes, the Brothers Dowdle present an absolutely horrifying yet fictional story of a sadistic serial killer’s exploits. In a city in northern New York, police raid a house where they find 800 video tapes presumably made by a serial killer documenting his conquests. The officers are essentially forced to watch all the tapes for clues regarding how to catch the killer, but their experience investigating leaves them psychologically scarred.

The viewer watches along with the investigators, so we experience the torturing intelligence and premeditated evil of the killer – it feels like – almost first hand. The killer’s skills with various operations, his tormented games of cat and mouse, and his sadistically twisted sexual manipulations are honestly tough to watch.

One of the most disturbing elements of the film is how we consume it; again, we imbibe the story through a staged documentary style of filmmaking that forces our closeness with its terrorized subjects. Even so, the killer’s homemade videos mentally linger due to their brutality and inventiveness, for the killer never reveals himself on his own tapes unless he’s completely disguised.

Another element of The Poughkeepsie Tapes that totally disturbs is its overtly American ending, whereby real-world events in New York (i.e.—9/11 and the destruction of the Twin Towers) distract Americans from the fact that the killer is still on the loose, torturing more innocent victims as they mourn for their countrymen.

Requiem for a Dream is likely the best-known film on this list, for its story, cast, and genre are most accessible by the widest variety of audiences. It’s not explicitly horror, it’s not quite a psychological thriller, and it’s a drama, but it’s so much more than simply dramatic. It appeals to many different viewers, and it intelligently spirals into its own despair.

Additionally, while Requiem for a Dream disturbs by showing unambiguous drug use and the embodied effects of several different drugs, it really holds off on its most disturbing elements until the end of the film. Three young adults descend into drug abuse, madness, prostitution, death, and prison while one of their mothers loses herself to drug abuse, loneliness, and obsession. For all four main characters, their carefree lives change for the worst by the film’s halfway mark, they have basically lost everything by the end, and all that loss implicates human sadness and isolation as its causes.

Requiem for a Dream is often described as the saddest film ever made, but it’s much more disturbing than sad. It discusses real-world systems through the fractured lives those systems create. It depicts honest representations of drug use, and it reveals what can happen to end a fractured, tormented life. It will definitely stick with you after watching. 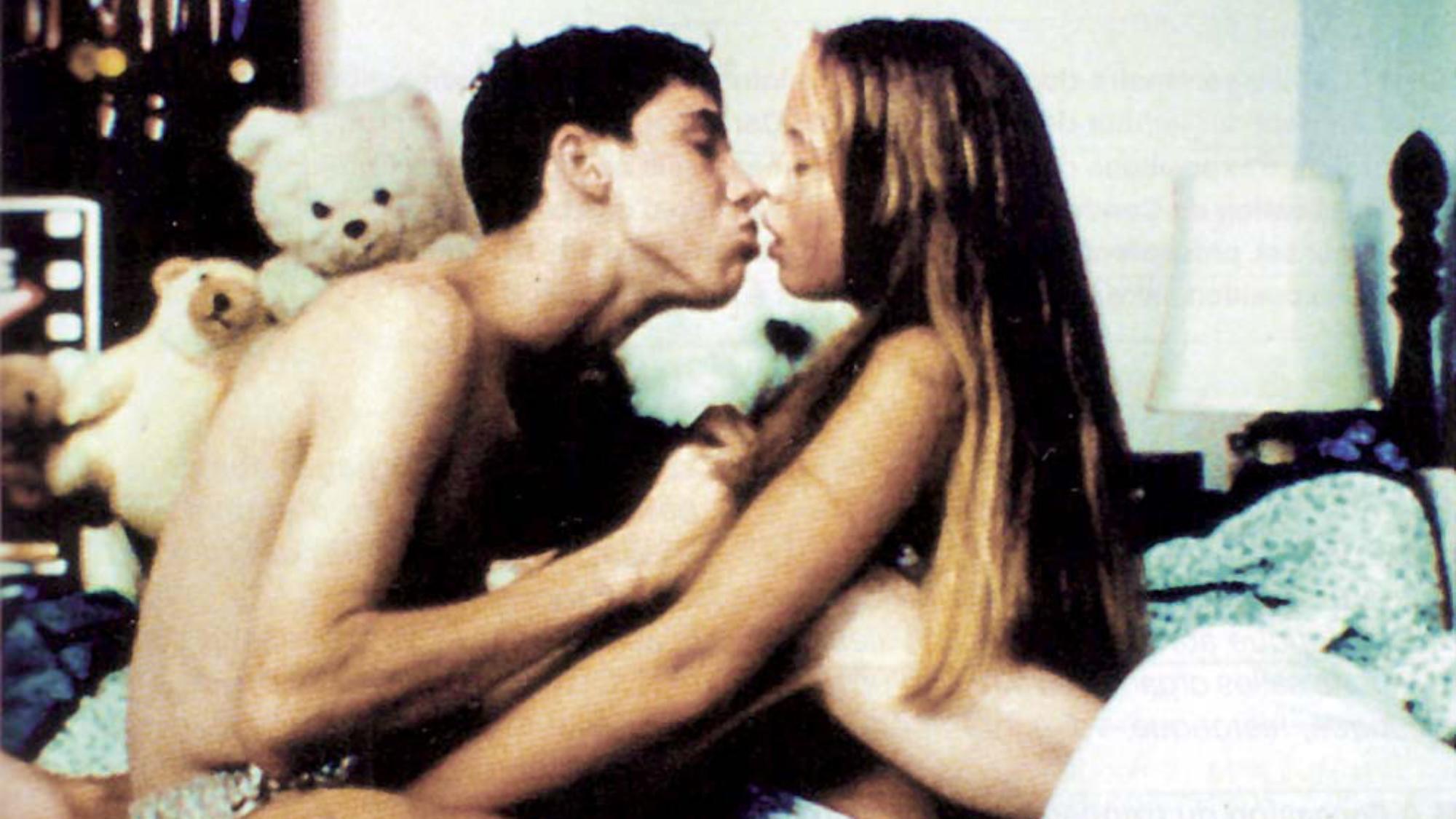 This film isn’t explicitly horror, but it is horrifying, and its genre listing is actually often categorized as a drama. Regardless, it’s a real-life story that many need to see. It will disturb, and that’s the point.

Director Larry Clark was hoping to create the Great American Teenage Movie (like the Great American Novel) with Kids, and his ideal representation is a true one, one that most if not all teenagers can relate to. The world of Kids features children and young adults engaging in drug use, violence, and sexuality far before they’re mature enough to make these decisions, yet it also portrays the consequences of their lighthearted actions.

Writer Harmony Korine wanted to open the eyes of the world with this story, so he created a tale in which children unknowingly share HIV with one another and where rape is more common than consensual sex. These are children, which is the most disturbing part, and their experiences are real.

According to the United State’s statistics, young people between the ages of 13-24 are the most likely not to know they’re infected with HIV, and among those young people infected in 2015, 44% didn’t know. That means 44% of sexually active HIV-positive children continue to be sexually active with others to their mutual destruction…without ever knowing what they’ve done.

This film has made several people walk out of the theatre for its pornographic depictions of children and young adults being sexual with one another, but again, Clark and Korine would say that’s the point. In a world flooded with pornography, what is the effect that has on children?

The most disturbing part of this film is its ending, during which a young woman attempts to save a girl from being raped by a scumbag boy with HIV, but she’s too late, so she passes out in a drugged depression on the couch where another boy rapes her as she sleeps.

When the boy awakens in the morning, he asks “Jesus Christ, what happened?” This film will take your breath away in the worst possible way. It’s a type of disturbing that takes your heart, pulverizes it, and smooshes it deep down into the pit of your stomach as you watch.

281
SHARES
FacebookTwitterSubscribe
Subscribe via Email or RSS Feed
Pages: 1 2
Comments (8)
Most Disturbing American Movies Ever Made