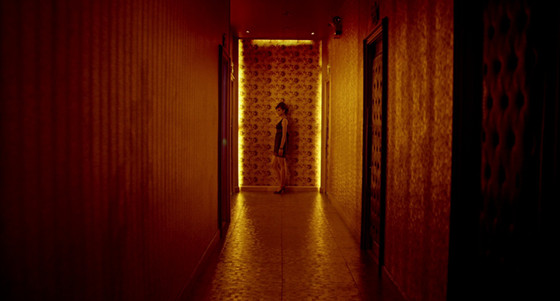 Neon paraphernalia does not usually concur with the most articulate story lines or solid character development. Looking at cinematic attempts to incorporate the neon element as a central component, one is lost in a plethora of visually dazzling images and complex narratives. Shouldn’t come as a surprise if you stop for a moment and think about the subject matter that would call for the use of neon lighting.

Underworld, visions from beyond, vampirism or stepping out of the capsule to the future that you were just talking about yesterday. So beware: if you are in the mood for taking a sit and sliding into some heavily neon lit motion picture it is probably going be a weird film. The events are going to be weird and the point of view from which they are presented even weirder.

Flat protagonists and situations are not to be encountered. Hitherto, what seems to be the biggest bet for such films of both visual and conceptual intensity is to create a flamboyant parallel universe without being kitsch and doing justice to the complexity of their heroes without ridiculing them.

Pretty tough ha? With that said, the following mentions comprise a selection of visually stunning films that also attain to the difficult task of putting their characters into perspective and leveling up to the larger than life scenery they depict. Not all of them deliver to the same extent but they certainly are technically exquisite and a treat to the eyes. 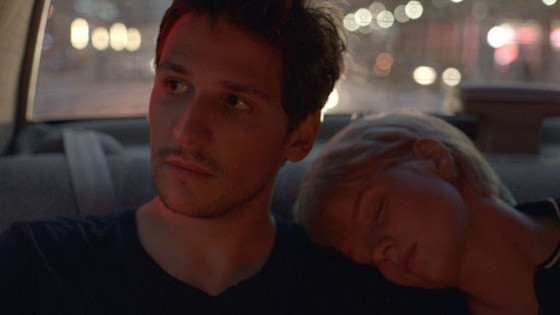 So here’s a film that escapes indulging in excess pretention in order to deliver its nuances. Parisian dude Paul (Félix de Givry) and his buddies roam from rave to rave, partying while trying to open the gates for their own DJing endeavors.

The doors open one at a time and by the end close all at once, snapping the characters back into reality, humility and self-confrontation. Mia Hansen-Løve directs this drama film fused with the garage and house sounds of early nineties Paris.

One of the possible reasons the film might be so insightful and lucid to its representation of the theme is that it is based on the very own experiences of Hansen-Løve’s brother Sven who is co-responsible for the screenplay. And since realizing the characters and arcs of Eden is an inside job, those never fail to be plausible. Remarkably consistent and not allowing any over the top dramatization of the topics it touches, one could say its a damn smooth film.

Its biggest conquest is that it doesn’t fall into any of the categories that it could. It does not beautify nor demonize the lifestyle of its characters and it moves slower than the story it tells.

The story may not be of great essence but the characters – and their casual and unforced interactions manage to draw the viewer in if he/she pays attention to the details. Blended with a soundtrack that covers sounds from soul to synth and the delicate use of neon lighting the film achieves this feeling Paul gets from his favorite tune, “something between euphoria and melancholy”.

Michael Keaton stars in a black comedy about ego, defeat, and the funky ways your brain can go if you take yourself too seriously. Riggan Thomson (Keaton) is an actor who in his golden days starred in the famous superhero film trilogy “Birdman”.

Now, at the nadir of his career, with painfully less attention drawn to him, he is trying to make a comeback or in actuality establish himself as a “serious” actor in order to earn some posthumous fame. He wants it so bad that he plans to get all the recognition he reckons he deserves through adapting, directing and starring in his own Broadway entropy of Raymond Carver’s “What we talk about when we talk about love”. Emma Stone portrays Riggan’s troubled and defiant daughter Sam and Edward Norton the enfant terrible of an actor, co-starring in Riggan’s play, constantly triggering and aggravating him.

This tragicomic story of self-doubt is made to appear as a single shot frame, giving the viewer a feeling of tension and slight anxiety similar to that experienced by Riggan. Dominant neon blue is used to distinguish reality from the performance that is happening within the film.

This trick may be purely instrumental but at the same time this practicality can be elevated into a grander metaphor. Despite often being accused of not living up to the depth that it attempts to give to its characters, Birdman definitely captures the viewer’s interest evokes empathy and cinematographically speaking, it definitely doesn’t smell like balls. 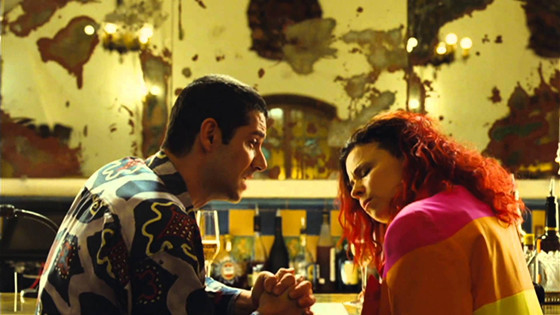 No matter what point of view you look at it, Lawrence Anyways is a masterpiece in its every aspect. Xavier Dolan thrives as the director and screenwriter of an eloquent story and camera which does all sorts of unexpected things without troubling the audience or messing up with their visual literacy.

Lawrence is a man who starts expressing his desire to dress like a woman. His doomed relationship with his girlfriend Fred is told through the chronicals of Lawrence’s transformation. The epitome of accuracy and capturing depth, hues, ankle and emotional extraction in the close ups is depicted in a one and a half minute dance scene.

The distinct use of neon purple, blue and pink makes this extract almost transcendental. To top it up the scene is cut and followed by an unlikely shot of a wide alley with hanging clothes wiggling, remarking the overall subversiveness of the film.

This film is a jewel in all ways possible. What stands out is a phenomenal performance by Suzanne Clement (Fred). Clement’s performance is a sweet reminder of Xavier Dolan’s unconventional choices of heartwarming female characters that elicit pity at times and envy at others. 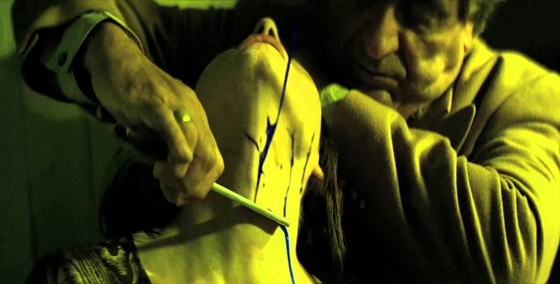 It’s 1984 and Norway makes its way to the Mediterranean. Or at least those are the cryptic opening lines of the film. Zano (Vaggelis Mourikis) is a townie vampire coming to Athens for the first time. In the Disco Zardoz he meets Alice (Alexia Kaltsiki) and her Norwegian friend and dealer Peter. Alice persuades Zano to complete a vague mission for her boss. By the end of the night, he discovers the deceitful nature of appearances.

Norway feels like something between articulate and incoherent, almost punk but actually low key. Up until some point you may think the plot just serves as the excuse for bringing to life some druggy retro synthwave loving vampires that dance their heart out covered in futuristic neon lights. And to some end it is. But beware for the twist.

The film itself may not be as clever as its characters but it sort of allows for that free association and projection in a weird way. Some technical issues don’t go unnoticed. However, Norway is beautifully shot; its characters are lovable and witty and have some we-have-a-smoke-together-after-shooting ease in their interactions.

Here come the hardcore stuff. Enter the void probably gets the city keys to every neon listing anthology. It is certainly one of the most lucid illustrations of heavy neon use and it is excruciating whether you enjoy it or not. Gaspar Noe plays his best card with the film’s title: Enter the void.

The Void is a doggy club in Tokyo where the protagonist, Oscar (Nathaniel Brown) is summoned by a client in order to sell him drugs. Except that police catches up to them, Oscar rushes in the toilet to get rid of the stuff but is ultimately shot dead. And that’s where Oscar really does enter the void.

See what Gaspar did there? For the rest of the film we see everything through Oscar’s ghost point of view which roams Tokyo. Ohh and all of that happened shortly after Oscar’s 5 minute DMT trip. And its all loosely based on the Tibetan book of the Dead.

Some have loved and some have hated this extravaganza of neon, death & Freud. Concerning its technical aspects it is without doubt a success. The portrayal of the characters and the dialogue isn’t really what you would call deeply thought through though.

Tough as it may be to commit to this 160min project, its colorful realization and aerie vibe are one of a kind. It is so compelling and revolutionary in both the ideas that it tries to project and the filming technique that makes one wanting to forgive the occasional silliness of the characters.