Action-thrillers have truly become something special over the last few years. Europe and Asia have long offered the world unique and exhilarating action-thrillers that their American counterparts have only started to somewhat grasp. From the early ‘90s with Luc Besson’s action-thrillers to end all action-thrillers, “Léon: The Professional,” the genre hybrid has become bigger, bolder, more daring, and sometimes a little more twisted.

Some films perfectly balance the action with the thriller while others favor one over the other, but the character work and the unflinching look into the darker and seedy sides of life are always firmly intact. The arthouse influence on many films in the genre ensures that the visuals are always something special to behold, with a neo-noir aesthetic to supplement the violence and mayhem.

Without further ado, let’s look at what this century has offered us so far.

Just like almost everything else Nicolas Winding Refn has done, “Only God Forgives” received a mixed response from audiences and critics, each side stemming with passionate love or hate. However, everyone always agrees with the director’s insanely amazing visuals that put emphasis on style over substance.

Refn reteams with Ryan Gosling after the surprise success of “Drive” to offer another tale of male masculinity this time in the honor of family. Gosling plays another silent type who’s sent by his domineering mother to dish out revenge on those responsible for his brother’s death, even if the brother ultimately deserved it.

Set and filmed in Bangkok, cinematographer Larry Smith takes full advantage of the city’s setting. Taking us on a colorful neon journey through the city’s underbelly, the film is filled with plush colors and lush sets. Symbolism is preferred over dialogue, and what little conventional plot line there is, is preferred over conventional action. Not to say there isn’t any violence, but Refn’s films are never what they seem like on the surface. His later career films work more as full-on experiences instead of genre pieces.

Kristin Scott Thomas steals the show as a mother who’s perhaps a little too close to her children, while Gosling plays an even quieter version of his character in “Drive.” It could prove to be a frustrating and challenging watch, even for the most devout arthouse fans, but “Only God Forgives” is a great film that’s an acquired taste to be sure. 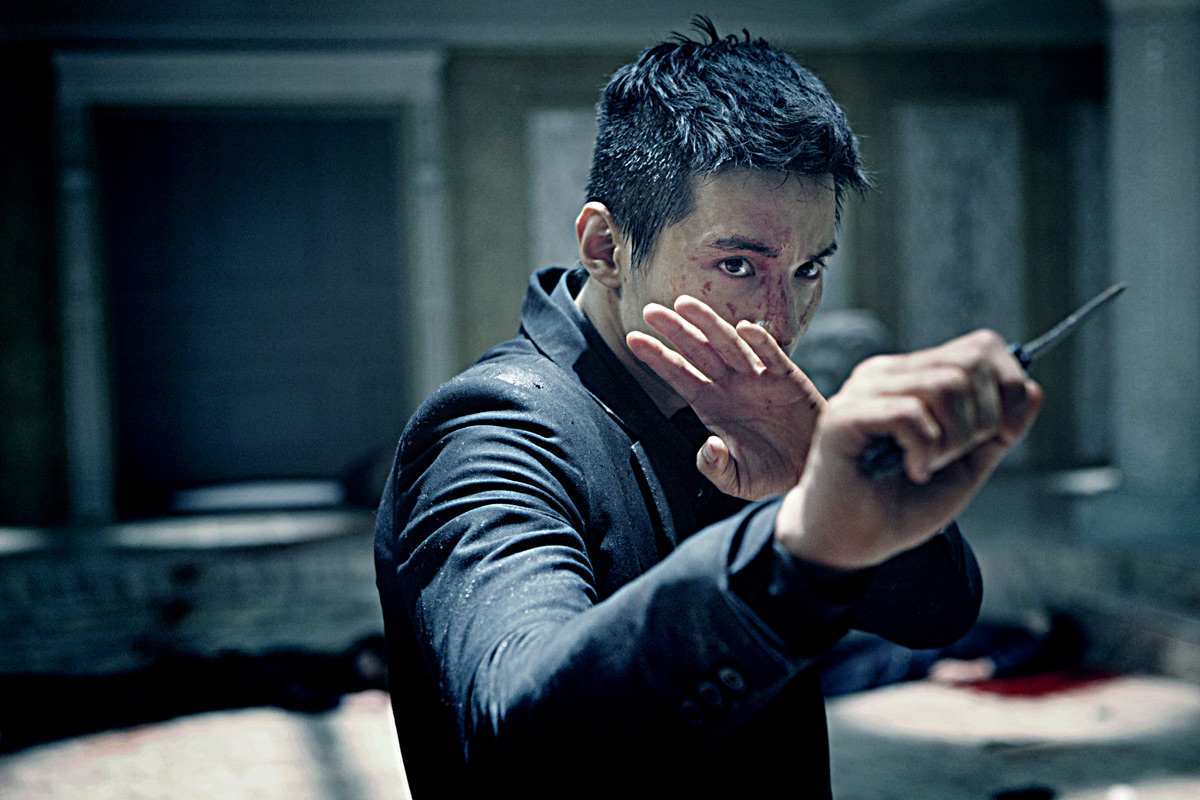 “The Man From Nowhere” is nothing we haven’t seen before, to be precise we’ve seen these types of characters and stories in “Léon: The Professional.” In fact, at times it feels like a direct remake, with many scenes in the film recalling Luc Besson’s classic. But since we’re talking about a South Korean film, those similarities don’t hinder the awesomeness of the film in any way.

Like many action-thrillers, the story follows a man who overcompensates for his quietness with violent skills. Won Bin plays Cha Tae-sik, a mysterious man who owns a pawn shop whose only friend is So-Mi, a young girl who lives next door. So-Mi’s mother is a stripper who also runs heroin on the side. After she double-crosses the wrong people, they kidnap her daughter, and it’s up to Cha Tae-sik to put things right as he gets caught up with the police and rival gangs as well.

Writer/director Lee Jeong-beom does a bang-up job setting up the stakes in the beginning. He covers our hero in the shadows and merely suggests what he is capable of before pulling back the curtains to reveal just how far his vengeance runs. What makes this a cut above similar films is the characterizations. These just aren’t vehicles to get us from one action sequence to the next; they’re fully realized people who have more depth than you’d think. And the bad guys aren’t your usual idiotic and disposable villains, either.

The action, of course, is captivating, to say the least. The stunt work is amazing with one particular knife-fight scene being memorable. What truly elevates the film are the magnificent and first-rate performances from a game cast who makes sure there’s always purpose to their characters.

Who would’ve thought that Liam Neeson would prove to become a successful and quite convincing action star? “Taken” proved to be a turning point in Neeson’s careers and set Hollywood on a path of doing the same for many aging stars.

Neeson plays a former CIA operative who goes after sex traffickers who’ve kidnapped his daughter and her friend while they’re following rock band U2 on their European tour. Produced and co-written by Luc Besson, “Taken” has the filmmaker’s fingerprints all over it. Lingering on the exploitative with a mixture of violence, action, and some of that silliness he’s known for, it’s an overly entertaining popcorn film. That is, if you don’t analyze it or think about it too much.

What makes it good and earns it a spot on this list, however, is Neeson’s go-for-broke commitment to the role. You can tell that he’s having the time of his life playing a badass with a plethora of skills to do in his enemies. Plus, it has that iconic telephone scene where Neeson’s explains to the culprits who’ve taken away his baby girl exactly what he’ll do to them when he finds them, and then he goes on to do exactly that.

It’s a thrilling, entertaining action-thriller that succeeds because it knows exactly what it is and who it’s for, and sometimes that’s all we need. Too bad the sequels kept getting worse.

Garth Evan’s “The Raid” or “The Raid: Redemption” is the sort of back-to-basics action film that’s all about the thrill, which more to the point means it’s all about the action. Spreading Indonesian martial arts to the masses, the film tells its story through its sequences rather than formal storytelling, and it’s all the better for it.

“The Raid” follows Iko Uwais as Rama, a rookie who joins the special force of an elite police squad tasked with infiltrating a multi-story building run by a ruthless drug lord, who’s barricaded himself on the top floor. However, it’s not as easy as it seems, as the drug lord protects criminals and junkies around the city who rent from him, and on the day of the raid, he offers them free rent for life if they can bag as many cops as they can.

The film wastes no time as it does away with exposition quickly and efficiently. From then on, it’s a full-on action extravaganza that recalls the salad days of Jackie Chan or Jet Li. Uwais is a charismatic and likable hero who gets to do a lot as he shows off his athleticism and fighting skills with grace. With two villains and a whole host of crazy and interesting characters, there’s a string of memorable sequences, scenarios, and fights.

Evans makes excellent use of the main location from hallways, apartments, elevators, and stairs as Rama makes his way to the top floor. Evan’s team deserves all the credit in the world for their amazing work and commitment to the stunts amongst other things which make “The Raid” a unique and exhilarating ride.

Before they went on to ruin it, the Jason Bourne series was simply one of the best trilogies ever made. From “The Bourne Identity” through “Supremacy” and “Ultimatum,” Matt Damon was a part of one of the most exciting Hollywood franchises since he took over after Identity.

“Ultimatum” successfully builds and climaxes from its predecessors. As Damon’s Jason Bourne went deeper into his amnesiac past, every subsequent film expertly raised the stakes and action without derailing the series’ momentum. With “Ultimatum,” Bourne finally, more or less, gets the closure he’s been seeking, and manages to put a rest to the conspiracies that have been following him.

Damon once again excels as the no-nonsense CIA assassin who’s too dangerous to let live. He’s finally able to add more pieces to the puzzle of his past with the agency and what he’s done. The film ups the ante on the intense action, death-defying stunts, and “realism” the series is known for.

It’s a nonstop action extravaganza that arguably manages to best what came before. Shaky camera work and fast editing withstanding, “Ultimatum” is a satisfying action thriller that operates on a number of successful levels.