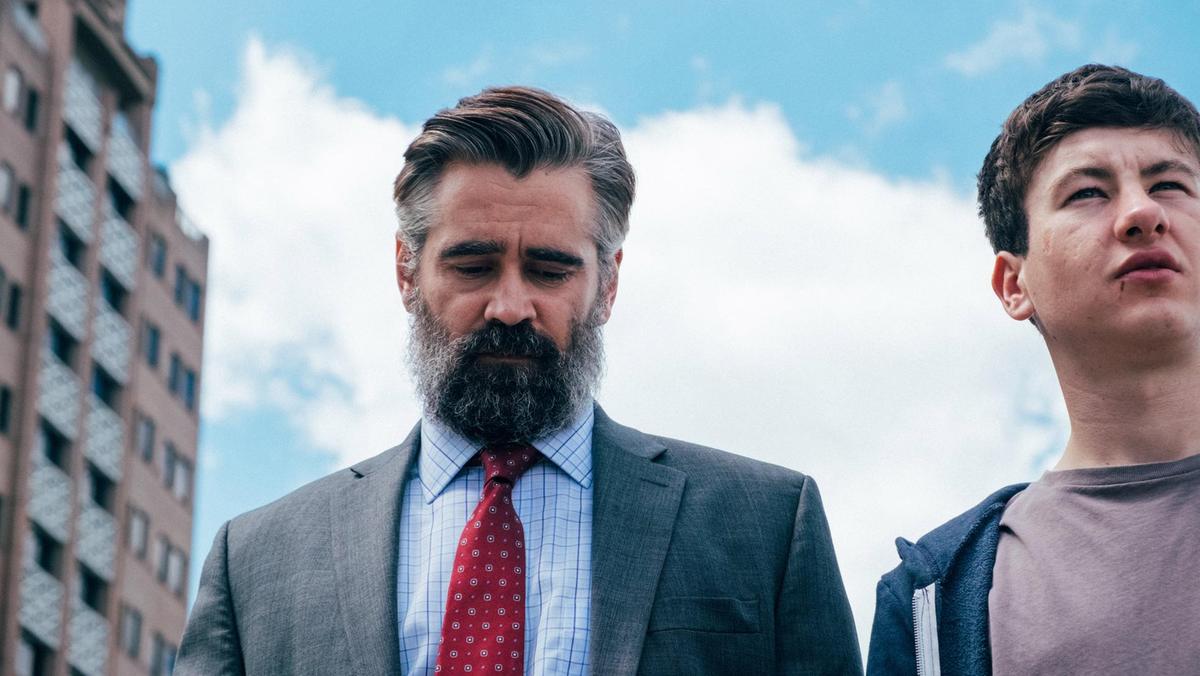 Last year was an absolutely awesome cinematic fest all around. The list of greatness includes “Baby Driver,” “Dunkirk,” “Call Me By Your Name,” “Logan,” “Blade Runner 2049,” “It,” “Phantom Thread,” “The Florida Project,” “Three Billboards Outside Ebbing, Missouri,” “Good Time,” “Coco,” “It Comes At Night,” “mother!,” “The Beguiled,” “Wonder,” “The Square,” “Loveless,” “Raw” and “A Fantastic Woman.”

Months into 2018, I finally saw Yorgos Lanthimos’ latest film in theaters (due to it being a artsy-fartsy movie with a shitty distribution plan) and I was completely flabbergasted. My heart was beating erratically all throughout. Few times have an audiovisual material made me react fiscally to it (most recently, Victoria and the “Shut Up and Dance” episode of “Black Mirror” come to mind).

Two-thirds into the film, people were starting to leave the theater. I could hear several gasps and a few whispered “what is this shit?” My parents absolutely hated the film; it seemed like the director was trying to see how many people he could force out of the room, they said. Doing so would be quite an achievement, due to the fact that the director never shows anything gory or particularly disturbing.

And the funny thing is I didn’t even want to see the movie. Both “The Lobster” and “Kynodontas” seemed a bit pointless to me. A weird combination of shock humor and absurdism. I ended up completely loving “The Killing of a Sacred Deer,” liking it more than the whole list of movies I previously mentioned. The reasons why are listed below. 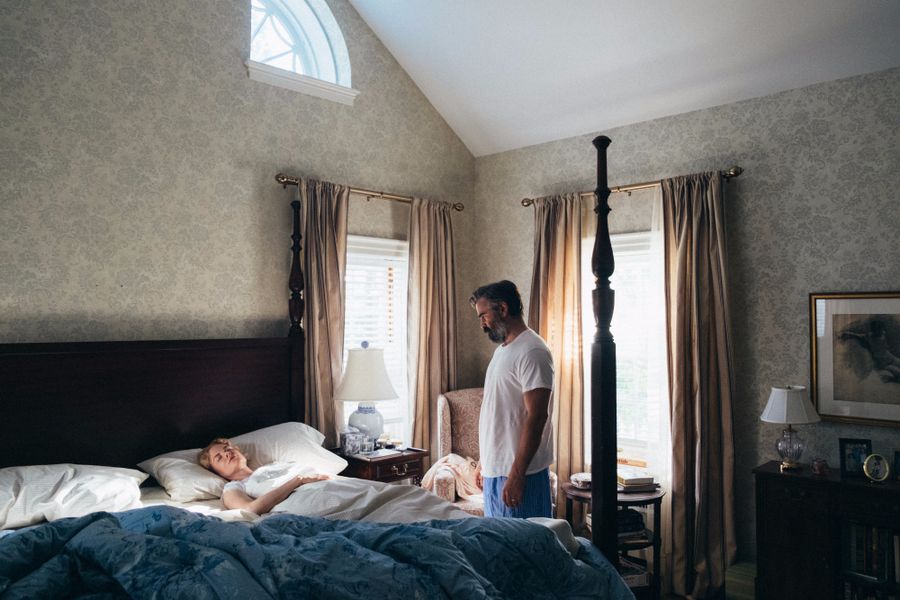 The director presents the characters of his film first and foremost through the way he frames the actors. The shots that feature members of the family often leave a chunk of the actors out of frame, creating a feeling of uneasiness. We automatically know that something’s off.

It has been described as very “Kubrickian” because its characters seem trapped in an impossible labyrinth from which they can’t escape, similar to what happens in “Eyes Wide Shut” and “The Shining.” The camera movements contribute to the feeling that they’re responsible for maintaining the absurd atmosphere. Also, like Kubrick, Lanthimos uses massive angular lenses for framing his characters; this makes us feel as though we’re intruding into someone’s privacy, or at least someone else is.

Lanthimos has said that the logic behind the quirky shots is that the camera had to be like an independent entity, always above the actors or below them, never at eye level. That way the narration feels omniscient, like from a godly point of view. 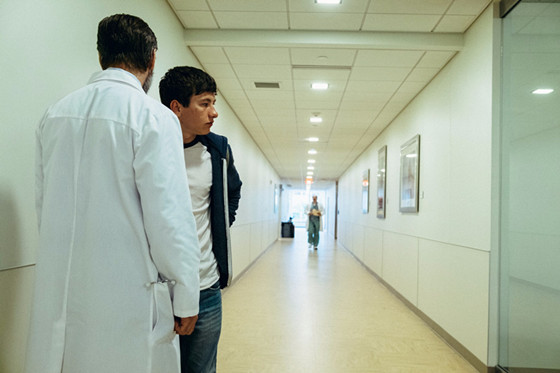 Similar to “Oldboy,” the villain gets his own particular soundtrack. When he’s alone with one of the members of the family, we hear loud high-pitched violins, dissonant strident notes that make us feel uneasy and imply that there’s an additional dimension to what we’re seeing. In the most intense moments, swarming base sounds intrude inside our ears.

The soundtrack itself is quite similar to that of “Under the Skin.” It’s subtle enough that it lets the image lead the tension, but maintains a disturbing tone so that the effect is emphasized.

When we get close to the ending, said particular soundtrack has already become part of the villain, making Barry Keoghan’s performance even more effective (as if that were possible). Even when the soundtrack is present but the actor is not, we still feel his presence.

The film won Best Screenplay at the Cannes Film Festival, surprising nobody. Its structure is ideal for a psychological thriller.

It manages to present the characters rapidly: a nice happy family. Both parents are doctors. The daughter does choir practice. The son is waiting for his piano to arrive and is figuring out what would make for a good hairstyle. Little by little, the shadow of Martin (the son of a deceased patient who the father of the family operated on) extends itself over the whole group.

The escalation from normality to chaos is done flawlessly. From the beginning, we know that danger lays ahead and when it arrives we’re completely unprepared, due to its unexplainable quality.

Turns out that the nice surface of it all was just a facade. Family members are actually all terrible people: the father is an alcoholic doctor, probably responsible for reiterated medical negligence. His wife cheats on him with a coworker and their daughter willfully jumps in the arms of Martin, the psychopath determined to avenge his father by tormenting the family. The only likeable human being is the son. He barely speaks and (SPOILER ALERT) gets killed at the end by his own father. Needless to say that Colin Farrell (who plays the father) reported feeling nauseous after reading the film’s script.

The director/screenwriter toys with the audience with ease. It seems to me that the final tragedy, the killing of the son, was designed to enrage the audience. Everyone is rooting for Farrell’s character to kill his daughter, who had become insufferable and almost as cold as Martin, but destiny won’t have it and the only innocent person in the movie gets shot in the head.

All of this could’ve easily been a disaster in the hands of a less talented director, but Lanthimos managed to keep it all together and manageable in his script.

1271
SHARES
FacebookTwitterSubscribe
Subscribe via Email or RSS Feed
Pages: 1 2
Comments (4)
The Killing of a Sacred Deer