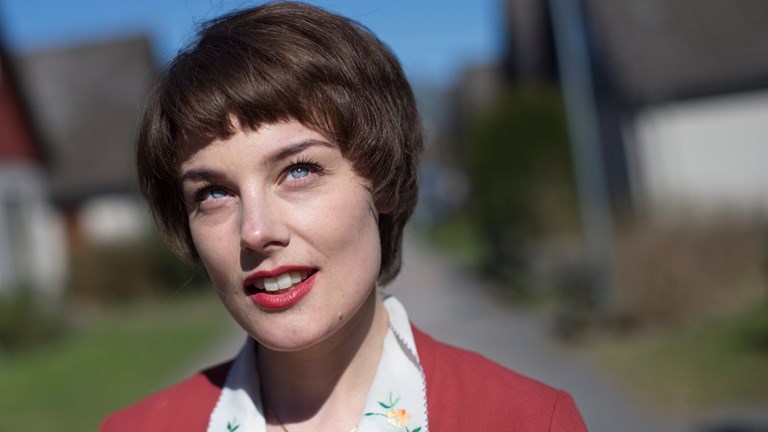 The most granted value in life is life itself. Even though it begins with tears and continues bringing tears again and again, life is a short shiny intermission wedged somewhere in between a former and a prospective eternal darkness. Mankind has extensively focused on the multidimensional cryptogram of life through many different lenses. Howbeit, in the final analysis, life is art and art is life.

Cinema, on one level, makes a breakthrough in the solid foundation of existence, and on a second level it observes it from a distance, attempting to delineate its blurred characteristics. The following cinematic creations evoke the bittersweet taste of life and moreover, highlight the brittle value of all the tactile and spiritual pleasures which inevitably define the brief and arbitrary experience of corporeality. 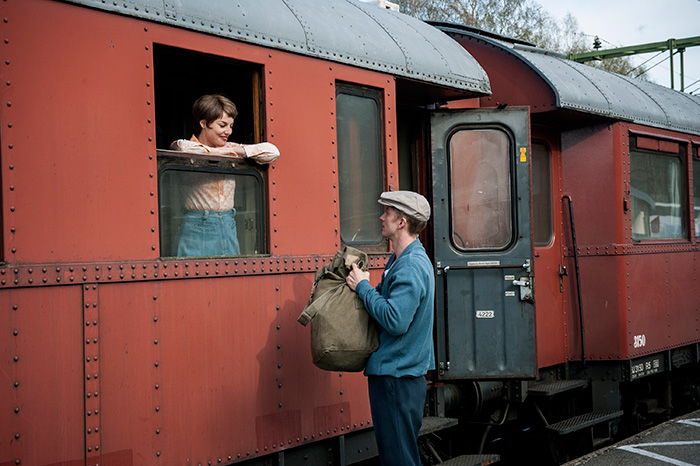 Perhaps in every neighborhood lives a lonesome and eccentric old man, avoided by everyone. The film “A Man Called Ove” is an unusual chance to know in depth an irritating neighbor, visit his past, and be familiarized with his emotions.

Ove is determined to die; he is old enough to live alone anyway. Daily circumstances call upon Ove’s heartwarming experiences and life-defining tragedies. Through these memories, it becomes clear that he is a sensitive man, immersed in pain and solitude due to the unfair loss of his beloved wife.

A handmade gallows has been set up in his living room and the exact moment he is about to abandon the earthly world, a noisy foreign family comes to disturb him. The young mother of this family returns to his door again and again. She is an energetic woman who upsets Ove, since his only simple plan is to commit a quick and silent suicide.

Unexpectedly, the young woman plays a crucial role in the old man’s life. Her inciting attitude toward Ove breathes new life into him. After a lot of years, he finds a person who colors his faded days and rouses his feelings.

This film honors life in its entirety, balancing between the inevitable drama and comical aspect of life. Several suicide attempts fail and give their place to funny discussions between a pettish Swedish old man and a jovial Iranian girl. Memories of losses alternate with voices of children.

Steering clear of melodrama, Ove’s story exposes the utter joys and deep sorrows of life, suggesting that it is worth experiencing the unrepeatable chance of existence until the end. Even if fate was relentless and took away the most valuable treasures, there is always someone around to inspire trust, love and dedication.

Long before the happy endings got underway with serving various cinematic clichés, the film “It’s a Wonderful Life” arose Frank Capra’s pure intentions to create hope for all those who struggle to survive in the unsparing welter of social inequities. The simplistic and timeless content of this film emerges from a primal approach on frequent mundane delights and maladies, revealing effortlessly the bright side of life.

The story focuses on George Bailey, a young man who stands out for his incorruptible and authentically romantic character. George provides help to the weak people around him, stands up for his principles, and gets married out of love. Nevertheless, the societal norms typically overturn the plans of the passionate daydreamers.

George’s way goes astray at a critical point of his life, evoking emotions of regret and thoughts of self-dispute in his overwhelmed mind. Concurrently, a surreal experience takes place, reminding him the priceless value of family and friends.

Perhaps the optimistic mood emerging in this film seems to concern specific space-time frameworks throughout history, leaving aside a lot of bitter aspects of humanity. However, this piece, in its vintage artistic beauty and fundamental eminence, praises the decisive impact of the sincere and undefiled individuals on their broader social schemes.

A man sets off a macabre journey to the Iranian countryside, in search of a person brave enough to fulfill a demanding and ethically controversial task. Nothing is known about this man apart from his name. Badii has two sad eyes full of meaning and drives silently through a peaceful land, looking for someone who would accept to bury his dead body under a cherry tree after his suicide.

During his quest for a personal gravedigger, he encounters three symbolic figures: a young soldier, a priest, and an embalmer. The soldier and priest deny his offer, as expected, due to their moral principles. The embalmer accepts the financial reward for such a heavy duty, since his son is seriously ill. However, during the short coexistence of the two men, their common background comes to the surface. Thus, the completion of Badii’s final mission grows to be quite complicated.

Abbas Kiarostami’s delineation of characters is meant to profoundly describe several panhuman ideas. Throughout this film’s length, echoes again and again the Shakespearean question, “To live or not to live.” Badii is just a man full of sorrow. His enigmatic eyes let out a sense of attraction for life, painful and insatiable at the same time, as he observes the serene environment of his homeland. Apparently, Badii’s solid intentions to terminate his existence are seriously disputed until the end of the film. 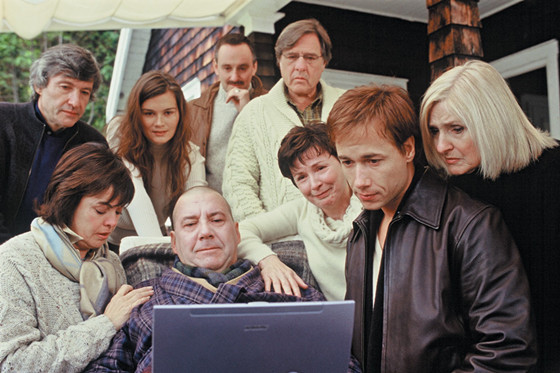 Death is an unfortunate situation in most cases, interwoven with grief, tears, and emotional frustration. On the other hand, in its inescapable nature and relentless decisiveness, the concept of death can rouse spiritual trips to the past and contemplations that inevitably lead to a dolorous recognition of life.

In his film “The Barbarian Invasions,” Canadian director Denys Arcand illustrates the last days of a history professor who chooses to carry out a retrospection of his lifetime and count his best moments, over weeping for his sudden demise.

In plain conceptual terms, in a bold language and through an original prism, “The Barbarian Invasions” suggests that a man should drink the intoxicating distillation of life until the last drop, and then just close his eyes and rest in peace. 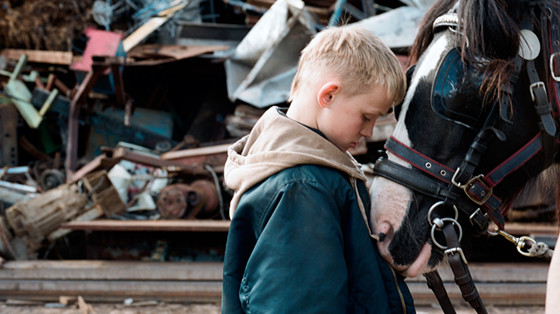 The paradoxical title is inspired by the homonym fairy tale of Oscar Wilde, referring to a hostile giant who owns a paradisiacal garden. Even though the garden is immense, the giant repels the children who yearn to play in it, surrounded by roses and sounds of birds. Who is the selfish giant in the film’s case? The world itself.

In West Yorkshire, two 13-year-old boys are confronted with social exclusion and parental ignorance. A scrap dealer finds easy victims in the faces of these two distracted children. To this effect, the boys find a scope in their lives by roaming every single day within the dumping grounds of their gloomy and heavily industrialized town. Eventually, their interactions with the local underworld tear them apart and lead them to a tragic and certain outcome.

Common sense overall observes the harsh aspects of life from a distant standpoint. However, the unremitting face of reality shows its teeth constantly; not somewhere far away, not long ago, but here and now. After watching “The Selfish Giant,” even the most certain daily pleasures seem greater. 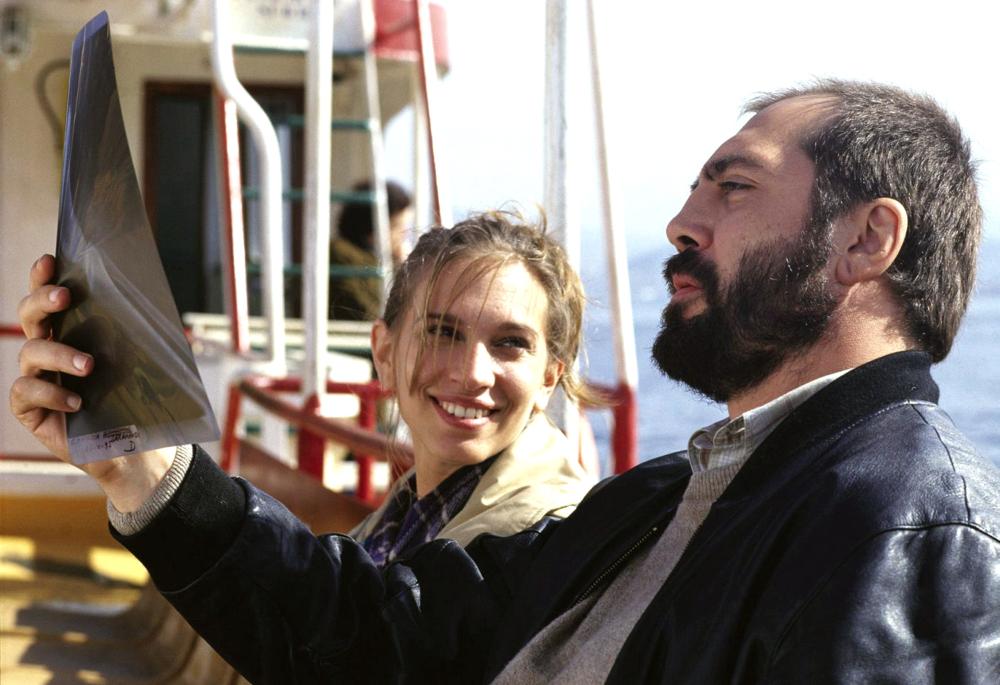 A shipbuilding company closes down, leaving its middle-aged former employees destitute of qualifications, energy, and youth in a renewed demanding world. A few of them spend their endless days in a bar, discussing about the injustice which was imposed on them, realizing their low prospective to make a fresh new start.

The protagonists of “Mondays in the Sun” have lost their physical and comprehensible charm. Each of them suffers on a different level and attempts to retrieve the tarnished possessions of a lifetime. Nevertheless, in a distressing pursuit of chances, love, and progress, more and more sink those men in frustration and depression.

By portraying a realistic contemporary form of social decay, “Mondays in the Sun” creates a crescendo of emotional stagnation. However, through an unalterably woeful microcosm, this film reveals some intersections of decompression. The evolution of the story undoubtedly has no intentions of rendering an optimistic component to our unmerciful social complexes; it just reminds of some Mondays under the sun, when the sunshine gently caresses the face and blows out all of the sorrows.

Profiling the character of a ridiculously tormented young girl, in apt script symbology and prompt visual handling, Robert Bresson reifies an acrimonious response to the impermissible criminal attitude of societies toward defenseless individuals.

The film “Mouchette” focuses on a peasant girl who has lost her mother and lives with an insufficient father. In parallel, a devious social treatment toward this miserable child enforces her to be a mother, a breadwinner, and a mighty fighter against disdain and veiled abuse. Overtaking the tangible and subtextual filth occurring in her way, and developing a harrowing form of premature sexuality, Mouchette is directly heading to a compelled disintegration.

Her stern face and sharp gaze are diffused in the deep waters of constant suffering, reflecting on various communal plagues. On this tragic face, Bresson synthesizes an ideal canvas to portray many aspects of emotional loss. Through a philosophical prism, he projects a wide spectrum of mental deprivation, and essentially gives prominence to unacknowledged fundamental rights.