We’ve all laid witness to an actor dramatically claiming he ‘lost’ himself in a role. A statement like that could be dripping with pretension, yet what about the times where the concept wasn’t just accurate, but actually downplayed the whole ordeal?

A great actor tends to fully inhabit their character, live in its shoes, think its thoughts – what happens when that process creates a dark cloud around that professional that can’t be shaken off, can’t be left behind, and ultimately scars the individual? Let’s see a few of those instances, where extreme roles pushed these actors to a near breaking point.

Ben Foster is one of our generation’s hardest working actors and no stranger to going deep and dedicated to his roles. In “Alpha Dog” (2006) he risked his sight by taking glaucoma drops to appear authentic as a meth user; in “Lone Survivor” (2013) he ate handfuls of dirt to understand the ordeal that Marines went through when dealing with heavy shrapnel shells; in his brief supporting role in “Rampart” (2011) he lived in homeless spots on the streets of L.A., being threatened by daily violence all in prep for a minor appearance in the movie.

Yet the film that almost broke him (at least the only one he’s willing to admit to) was his portrayal as dishonoured cyclist Lance Armstrong in the 2015 movie. Foster naturally trained to a punishing degree to get the lean athletic physique of Armstrong (even competing in the Colorado US Challenge Tour).

Yet what caused the actor to tip over the edge, and as he eloquently puts it “lost his f****** marbles” was when he undertook a consistent diet of doping to really inhabit the figure’s mindset and physical state. The ordeal took a heavy weight on the almost unbreakable Foster, to the extent that it took many months to properly recover; not to mention, it made him more cautious in how far he was willing to go for a role. It didn’t help that the film was received with lukewarm reviews, although Foster, as always, is mesmerising in his role.

This cult classic from late Polish director Andrzej Zulawski was even more taxing to make then for the audience to watch; inspired by the director’s real-life messy divorce, it follows the trial and tribulations of a destructing marriage between Sam Neill and Isabelle Adjani. As the mental health of the main characters deteriorates, so does all semblance of logic from the plot, resulting in a bewildering third act involving tentacle sex, shootouts with the police, and the end of the world as we know it.

Grounding the ordeal are two gripping and naked performances by its leads, particularly Adjani; a symbol of delicate European beauty at the time, the young actress pushed in all her chips with this film, and barely came out of it in one piece. Her demanding performance asked her to deliver almost all the emotions a human can bear (sometime all in one scene!), as she sways from hysterical to broken, angelic to demonic, frightening to seductive. No better example can be shown then her hysterical tunnel freak-out, one prolonged long take witnessing her complete meltdown in real time.

The film took a massive toil on her, and while she remained productive in the industry throughout the 80s, she spiralled into a depression that culminated in a speculated suicide attempt. She’s gone on record that it took her many years to shed the role, and she’d never dare take on a similar one ever again. 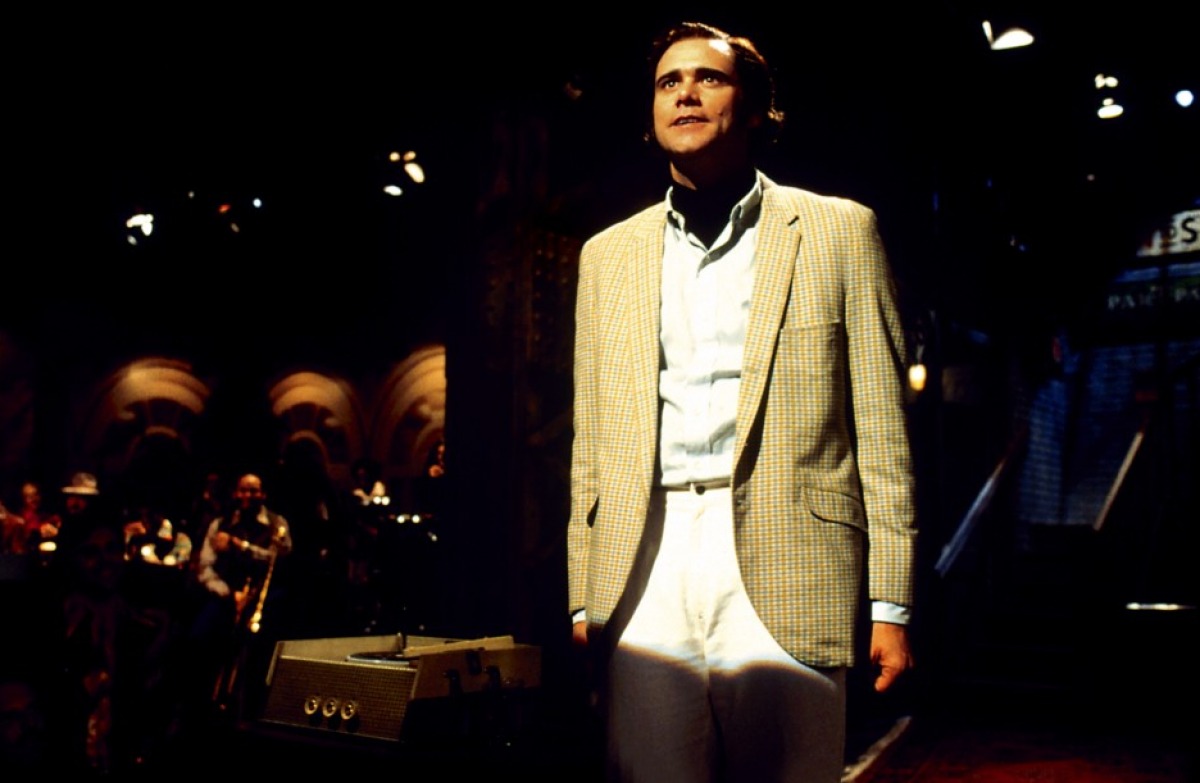 The Milos Forman-directed biopic on cult comedian Andy Kaufman received a decent if unremarkable reception at the time of its release; most were stunned by funnyman Jim Carrey’s immersive lead performance, even if the script was unable to penetrate the figure’s teflon psyche. Still, only mild murmurings presided about Carrey’s method acting on the set until the recent release of a through Netflix documentary, one that featured footage which Universal had withheld for almost 20 years, in fear it would make Carrey’s antics paint him like an “asshole.”

Carrey had held a unanimous love for Kaufman’s polarising brand of comedy, citing him as one of his role models and a fellow kindred spirit (they even share the same birthday). So when he landed the role, he completely jumped off the edge and became Andy Kaufman 24/7 on-set and off-set, only confiding in Kaufman’s real-life collaborator Bob Zmuda. The worst days had him coming in as Kaufman’s comedy alter-ego Tony Lipton, an utter nightmare for crew members and actors, disrupting filming, throwing props at random people, and even trespassing across the Universal backlots, amongst others antics.

On the flip side, when Carrey was filming as the generally soft-spoken Kaufman persona, everything went relatively swimmingly, unless wrestler Jerry Lawler was on-set. Carrey continually antagonised Lawler to the point of spitting in his face; the wrestler’s patience broke and he choked the method actor to the point of needing a neck brace and stretcher. Universal swept the incident under the rug as a publicity stunt, yet the documentary has finally revealed otherwise.

For Carrey, letting go of the role was a draining and almost traumatic experience followed by stagnating depression. It drastically changed his life, work ethic and outlook on the world, beginning a long-winding process that has culminated in his recent spiritual awakening and hiatus from the acting scene. 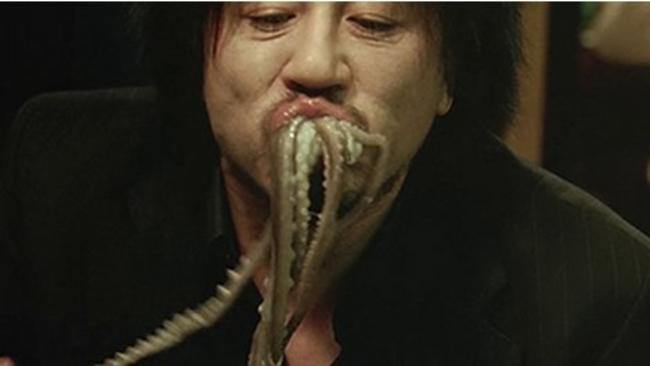 Captivating Korean lead Choi Min-sik is rightfully considered a national treasure back in his homeland, but the extents he went for on Chan-wook Park’s offbeat revenge treatise “Oldboy” were taxing and traumatic for the actor, regardless of the international accolades and awards that came flooding in droves afters its release.

Choi took on the role of a tubby anti-social businessman who is kidnapped and locked away in a tiny room for 15 years, never being given an explanation or reason behind it. As his character spirals toward the loopy spectrum, with the actor’s isolated performance reflected the same in parallel, a physical and mental transformation occured. It did so to the extent that when Choi’s role needed to burn marks into his skin to reflect every year passed within captivity, he voluntarily turned down prosthetics and singed his own flesh with a hot wire instead.

Things grew more twisted as the actor needed to partake in the Korean tradition of eating live octopus, a process that is not only as disgusting as it sounds, but extremely dangerous (the tentacles can attach themselves on your insides and effectively kill you). The difference here was they usually slice the cumbersome creature in half – Choi was having to eat them whole and go through numerous takes (seven times in total).

The situation would be traumatic for the average joe, yet add to it that Choi was a devout Buddhist, following a strong belief that one cannot harm other living beings in any forms, so to tear and consume another creature as it remained alive took things to a whole other level of disturbing. Choi gave a prayer to each animal he ate, and Park has gone on recording claiming Choi was haunted by the scene, taking a good while to move past it.

Fellow Kentucky residents actor Johnny Depp and iconic 70’s writer Hunter S. Thompson became close friends and kindred spirits when a chance meeting at a dinner party ended up with the two men blowing up a gas canister attached with nitroglycerin. When the ball finally got rolling on the stagnating adaptation of Thompson’s literature drug classic “Fear and Loathing in Las Vegas,” the author personally asked Depp to portray him, to which the actor accepted.

Depp lived at Thompson’s house in his basement, next to a gunpowder storage and stacks of Thompson’s handwritten notes; eventually his process became obsessive, recording and observing every nuance of the author’s eccentric outlook and behaviour. Finally, when director Terry Gillian called a pre-production meeting with the actor in Las Vegas, Depp showed up appearing drugged out and decked in Thompson’s clothes, ones that hadn’t been washed going on 30 years.

On set, several people questioned where Thompson began and where Depp ended as he was fully immersed in his portrayal even after shots wrapped, and even had trouble shaking off the character several months after filming wrapped. Most crew worried that his behaviour even went too far with rumoured drinking and drug usage in attempts to become ‘method.’

Regardless of other people’s concerns, it seems to be an eccentricity Depp embraced – he returned to portraying Thompson several years later in the inferior “The Rum Diary” (2011), a passion project he fought for years to get made, and several nuances of the character constantly appeared in other Depp performances (e.g. “Rango”).