Cinema in its early days was intended, mostly, to please. Its spectacular mix of sound and images was considered the most radical invention in the field of entertainment. Yes, early filmmakers like Sergei Eisenstein took it upon themselves to craft films that were not only depictions of real-life pain and joy, making the cinematic endeavour look more artistic with their unimpeachable filmmaking instincts.

But as its imaginative powers expanded, cinema became touchstone form of expression, one that invited all and excluded none. Films became more about the vision of the filmmaker than the expectation of an audience, let alone their comfort. And thus, as a consequence of that path-breaking norm, we were given some of the best films that are truly a discomfort to watch and here are 10 of the greatest ones. 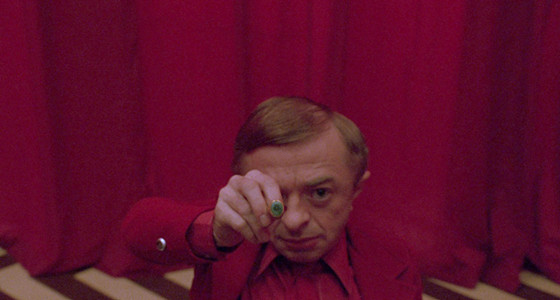 David Lynch’s long-forgotten masterpiece which he unveiled to an unforgiving, resolutely harsh Cannes Film Festival in 1992 has become something of a mystery in the last few months which saw Lynch return to the world of Peaks for the third instalment of his television show after he had himself called the fictional universe dead post the release of “Fire Walk With Me”, calling himself the accused in that murder.

It is harder to understand why the film drew such intense, voluble criticism at the time of its release looking back. Vincent Canby of The New York Times said in his scathing review, “It’s not the worst movie ever made, it just seems to be.” For what is a rapturous visual, acoustic and tonal work of art it is hard to know why the complaining was so universal and persistent. It was primarily because not many wanted to inhabit its dark, viciously cruel tragedy and others were weary of anything related to “Peaks” at the time.

No one took it for what it was – a horror masterpiece that was so relentless in its examination of the secrets festering the calm of the American suburbia through the horrendous anguish of its heroine, brilliantly played by Sheryl Lee. At times, “Fire Walk With Me” will make you want to move your gaze away, but the inevitable fate of Laura Palmer is made so haunting and harrowing by Lynch that you cannot but watch with awe.

Just as terrifying today as it was in 1995, Todd Haynes’s impeccably layered horror-satire gets so uncomfortable in your skin it has a hard time leaving. As subtle and delicate as it is harrowing and harsh, “Safe” walks the tightrope of cynical distance and increasingly piercing emotional fear with such ease and sophistication, you almost don’t notice it creeping up on you.

Julianne Moore’s Carol White is a wounded good-wife for the ages – one who is not only a tempered, cultured socialite who cannot explain her condition, but also one who has subconsciously always desired escape from her banal, quotidian life. She screams and howls and begins to destabilize as if this has been destined to happen to her forever. But there is also a vast, unvarnished sense of loss that carves a permanent hole into her being and holds you gasping for breath as you begin to comprehend its enormity.

Haynes has always been good at the double-whammy of being an outsider who can harness his singular perception to create work that seems very much from someone who is undeniably an auteur and that has hardly ever been more sharply visible than in this haunting tone poem. Whether Carol’s condition is an allegory for AIDS is debatable and ultimately inconsequential, because its atmosphere shrouding the film that becomes the cause of her plight and in certain ways, ours.

Fascism, abuse – both physical and sexual, mind games, coprophagia – the many delights of Salό, if that is even the right word, are far too extreme in their hostility for anyone to declare that they “like” the film. You can admire it, respect it, even find it funny, but it is impossible to warm up to Salό’s incessant, unflinching tendency to scar.

About three fascist men who find themselves with immense power and even greater wealth, Salό finds the cruelty, the inhumanity of their heinous circle, or circles, of abuse of that power utterly human. We read history in newspapers and books and imagine the worst. Salό, quite simply, realizes it in all its believable glory.

Most people find the film unnecessarily gratuitous, hollow even, devoid of all sense of hope and optimism. Pasolini isn’t on a quest to find them in these characters’ perversions and animalistic desires anyway. What he’s looking for is a demise of community and society at the hands of the worst predilections humans could possess when their fulfilment became accessible to them. He stretches the vulgarity and the garishness of their activities to the very extreme, turning thoughts we have temporarily and constantly shirk from into cinematic reality. It’s sickening to say the least, but also indubitably essential.

Variety called Lynch’s surrealistic horror film a “sickening, bad-taste exercise” and like most of the negative reviews received by the film, focused solely on the film’s literary aspects – plot, script, characters. What they, and many others who still denounce the film’s spectacularly atmospheric vision as perverted film-school tactics intended purely to shock, fail to see is how cinematic the film is.

It doesn’t rely on a plot, script or even a single character – even though Jack Nance’s central performance deserves praise – it strips everything down to pure, experiential dread and repulsion, causing heart-stopping bouts of fear and nausea.

Logic and coherence are of as much importance here as they are in most Lynch films, which is to say they are better left bid farewell to at the door. “Eraserhead” spins uncontrollably and is free of all the bondages of mainstream horror, plummeting straight into the calm of sovereign, tonally experimental cinema.

It seems to be curling blood from the very edges of its black and white frames, twitching and shaking to both seduce and cause discomfort. Its masterful blend of visual surrealism and a gritty soundscape that nearly engulfs you proves to be more hypnotic than most of its free-reign instincts might suggest.

Sam Peckinpah’s eclectic masterpiece draws attention with such awesome finesse there is not one doubt as to how it transfixes you to its imaginative, tragic reality. This is not the work of a novice, this is a filmmaker operating at the height of his powers and exploiting his refined instincts to craft something so excitingly bold, it is a miracle it even exists.

Yes, controversy has always shrouded Peckinpah’s hyper-violent, incessantly brutal film and rightly so – anyone who experiences his hysterical, conflicted, yet pristine vision for the first time will be taken aback by its sheer recklessness. But if observed with respect to its delicate deconstruction of how fragile our morality really is, it’s hard not to come out the other side humbled by a masterful reflection of life’s many deviations into the disastrous.

Conscious of this in every breathing moment of this brilliantly composed film, Peckinpah carves such a hollow tempest in the wake of his characters’ illiteracy of good and bad that all you can do is stare at his unpretentious, accomplished painting with awe.