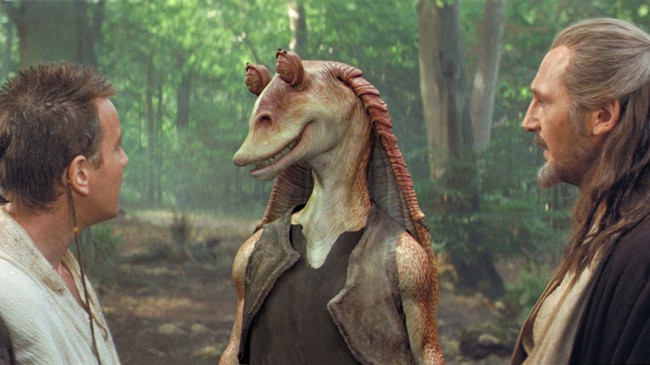 CGI has definitely come a long way over the years with milestones like “Westworld” (1973), “Tron” (1982), “Terminator 2: Judgment Day” (1991) and “Jurassic Park” (1993), amongst others. While those movies may look dated based on today’s standards, back in their heyday they revolutionized the industry and captured the imagination of the audience.

Today, Hollywood blockbusters rely on CGI more than ever, and in some cases, unnecessarily. With studios throwing so much money on these movies, it’s surprising when they don’t get it right. Sometimes it’s an overreliance on CGI where practical effects could’ve served better.

Sometimes it’s a tight schedule or difficulty rendering certain scenes, or just bad decision making. Whatever the reason, bad CGI calls attention to itself and can pull the viewer out of the movie, making it hard to suspend belief in whatever they’re seeing.

While bad CGI can be found in a lot of movies today, this list will look at some of the worst CGI moments in the last couple of years, especially the early 2000s where CGI started appearing more and more in blockbuster movies. Maybe it’s unfair to ridicule these movies because CGI wasn’t as well developed as it is now, but some of these entries looked terrible even on release and have built a reputation throughout the years as some of the most notorious CGI moments in blockbuster cinema.

Harrison Ford plays the President of the USA when his plane gets hijacked by terrorist Gary Oldman and ends up crashing into the ocean in the most unconvincing way. Oh, and the president kicks ass and is cranky all the time, so it’s basically the Harrison Ford we all know and love.

Yes, it was the 90s and it’s unfair to bag on the FX, but some plane crashes in other 90’s movies were less horrible and more convincing.

Back when Wesley Snipes was still paying his taxes and Guillermo del Toro was introduced to the world, the titular hero goes into full CGI mode while battling some vampire ninjas that attacked him in the early going.

A popular practice back then was where logic-defying action sequences went into video game mode (as you’ll see further down the list) when the stunts were too hard to achieve.

While it’s understandable as to why so many films resorted to this practice, it’s less understandable why the filmmakers thought the audience wouldn’t notice or be would be okay with it.

Samuel L. Jackson’s early death may have come as a surprise way back then, but what cemented it as one of the best death scenes – like, ever – is how unrealistic it all looks.

While delivering a cringe-inducing speech, Jackson is chomped up by a rubbery shark that also can’t stand the bad writing. From then on, his doll-like body is killed in a Saturday morning cartoon show manner that’s seriously hard to believe.

“Deep Blue Sea” is so bad that it’s good.

Pierce Brosnan’s final Bond film saw an overabundance of awful CGI, most notoriously being the opening sequence where Bond shows off his surfing skills on a giant glacier. While Bond has done some insane things in the past (cough “Moonraker” cough), the obvious green-screen sequence looked so silly that even Roger Moore (the cheesiest Bond of them all) thought it went too far.

And that’s not even mentioning the invisible car or Halle Berry’s acting. In spite of Brosnan’s best efforts, “Die Another Day” is one of the worst in the series that thankfully got a fresh start with “Casino Royale”, no doubt thanks to the Jason Bourne-influenced more serious approach.

After years of development hell (eventually proven to be for the good of the human race), the two horror icons finally faced off in Ronny Yu’s terrible crossover. Filled to the brim with bad acting, bad writing, bad logic, bad special effects, and bad everything, the movie is remembered for its awfulness more than anything else.

Well, that and Freddy taking the form of a pot-smoking caterpillar that’s apparently a homage to “Alice in Wonderland”. Tacky in color, design, and face, it looks like the filmmakers were smoking from the same bong as Freddy.

Back when The Boy Who Lived made his first foray onto the big screen, almost everything went well, except for three things in the CGI department: the Quidditch match where the actors became doll-like in the blink-and-you’ll-miss-it sequence, which undoes the brilliant realization of the stadium itself.

Then there’s the Troll in the bathroom and the ironically named 3-Headed-Dog “Scruffy” that look more like a work in progress than that of a finished movie. They all look like they belong in a much cheaper version of a 3D cartoon. 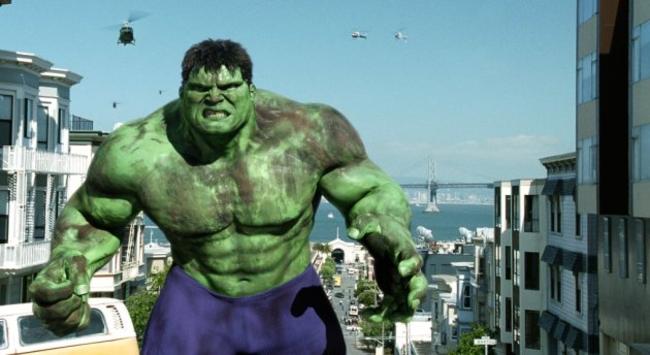 Ang Lee’s underrated “Hulk” is remembered nowadays for starting “The Incredible Shrek” joke and being rebooted after only one movie. His skin color is so green in tone that it looks like a spray-on tan with an awkward jawline and hair that looks more like a cheap wig – a far cry compared to the Hulk we’re used to in the later Marvel movies.

It’s pretty disappointing when the whole movie hangs on the Hulk’s appearance. Whatever your opinion on his CGI, the worst part are those shorts that look separate from his other design, in 2D formation nonetheless.

Instead of getting actors to portray the zombies, director Francis Lawrence decided it was better to make them CGI because – why not? If there’s a budget for it, might as well.

In doing so, the CGI zombies fail to make any impression or threat, and are just not scary no matter what the direction implies. Other questionable CGI aside, those CGI zombies are the most distracting thing in a movie plagued with problems, one that is held together by Will Smith’s performance.

12. Indiana Jones and the Kingdom of the Crystal Skull (2008) – Non-Human Characters

Nineteen years after “The Last Crusade”, Indy was back with Shia LaBeouf in tow. Feeling more like Lucas and Spielberg were going through the motions with no heart in it, it also came as a surprise that the CGI was unconvincing, especially with the non-human characters. This was disappointing from the blockbuster kings who revolutionized special effects once upon a time.

The gophers and the monkeys were all CGI and not in a convincing way, begging the question – why? Their real-life counterparts exist, and they have acting experience and agents. Maybe not the gophers, but still…

Peter Jackson’s remake of the classic monster movie saw the characters caught in Brontosaurus stampede in front of an obvious green screen.

While the dinosaurs themselves could’ve been more persuasive, what really stuck out is the way the actors react to them like they’re improvising and are not quite sure what’s going on. Superimposed with no eye co-ordination between the actors and the extinct beings, it felt like an out-of-place scene, even in the rest of the uneven movie.