Trapped in a patriarchal society, the concept of female sexuality has suffered a lot and is still considered a big taboo. It is diminished and very easily misunderstood. In various countries women are still shamed for expressing their sexuality, even punished for it. In addition, women are continually being objectified and misrepresented by the media, which can be very dangerous for the young girls watching.

Cinema is a great platform to showcase and explore female sexuality. Being inspired from observing everyday life, it can elevate the subject, educate and investigate the various sides of human nature and subsequently the vast world of female sexuality.

It is also an interesting theme female directors choose to work on, being able to offer a unique perspective from their own real experiences. The world is full of sexually confused girls, that often go through a lot of hardships and make great mistakes before they can know better. That is why most of the films that talk about female sexuality are coming-of-age tales (and mostly dramas).

This list includes films from various genres and very different directors. What they have in common is that they managed to portray complex female characters that explore, experiment and discover their sexual identity while battling with society in a very interesting way, that paves the road for better representation of female sexuality on film. 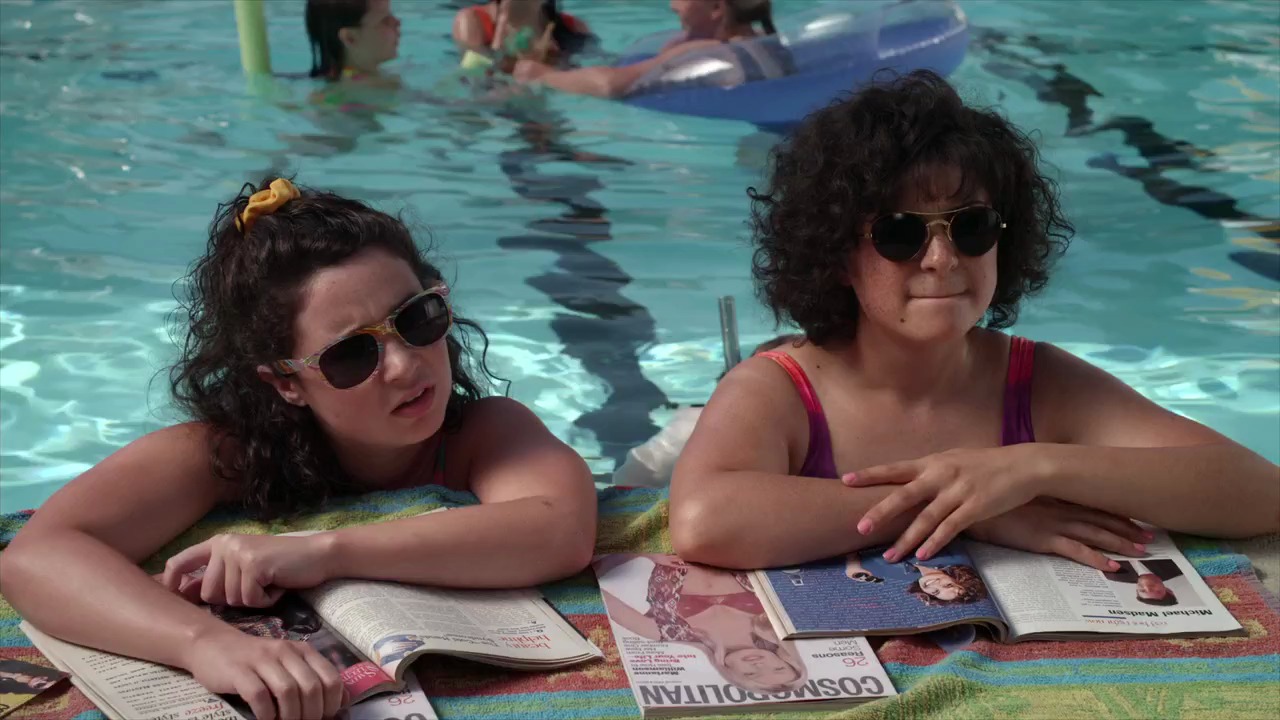 Brandy (Aubrey Plaza) has just graduated high school as the valedictorian and is already starting to prepare for college. Her friends make her realise that even though she is an excellent, overachieving student she is sexually inexperienced. She makes an explicit to do list and she is determined to lose her virginity before she goes to college.

Maggie Carey in her first feature film recruits indie darlings Plaza and Alia Shawkat for a funny and fresh coming-of-age romantic comedy. Brenda approaches her sexual awakening as a research, a test in college you have to be prepared for. As she goes through with the list she learns what’s really important and how to be fully in charge of her body and sexuality.

The film explores the weird relationship teens have with sexual intercourse, the pressure to lose one’s virginity and the stigma around both having and not having sexual experiences. What’s refreshing is that Brenda goes in and out of this game in her own terms and comes to the conclusion that being sexually experienced ”is a big deal but it is also not a big deal”. 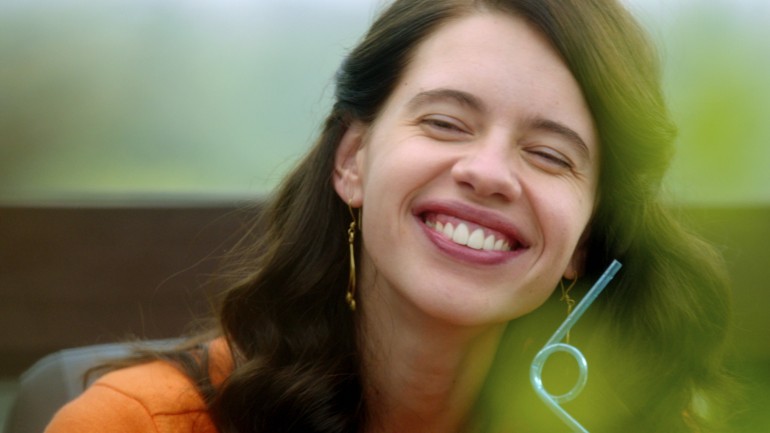 Laila (Kalki Koechlin) is a young woman with cerebral palsy and wheelchair-bound, currently studying at Delhi University. There she starts to experience her sexual awakening when she falls in love with a boy. When she moves to New York City on a scholarship she gets a better understanding of herself and her sexuality when she falls in love with a blind girl, Khanum (Sayani Gupta). She comes back to India unapologetically bisexual, ready to take control of her life.

It is not often we see openly bisexual people on screen and it is not often we see disabled protagonists on film. A movie about a bisexual girl with cerebral palsy is really a rare thing. starting a conversation about the way disabled women explore their sexuality. Shonali Bose’s heartfelt drama follows Laila through her sexual confusion while she falls in love, gets heartbroken, makes mistakes and grows from them.

Laila’s cerebral palsy and Khanum’s blindness are a big part of their experience, but they do not restrict or limit their development as sexual beings. They are complete individuals fighting for a place in this world, claiming their bodies and sexualities as their own.

Megan (Natasha Lyonne), a seventeen-year-old cheerleader is forced by her family into a reparative therapy camp called True Directions, to “cure” herself of her homosexuality. Confused about her sexual preferences and affected by her traditional upbringing, she tries her best to become a heterosexual. Instead, she falls in love with another girl camper named Graham (Clea DuVall),and comes to terms with her sexual identity.

In this colorful rom-com, director Jamie Babbit presents gender as a social construct and satirizes society’s views on the LGBTQ community while simultaneously commenting on the issues that exist inside it. It talks about the lesbian experience and its relationship with feminity, with a great performance from Lyonne as a sexually confused teenager that doesn’t enjoy kissing her boyfriend as much as she enjoys watching her fellow cheerleaders perform.

The choice to portray Megan as a cheerleader is not random. It is the definition of the American feminine, heterosexual girl, always bubbly and smiling, that cannot be connected with sexual confusion and homosexuality. Through this female archetype, the director has found a great way to question what is ”normal” and what is “queer” regarding gender and sexuality. 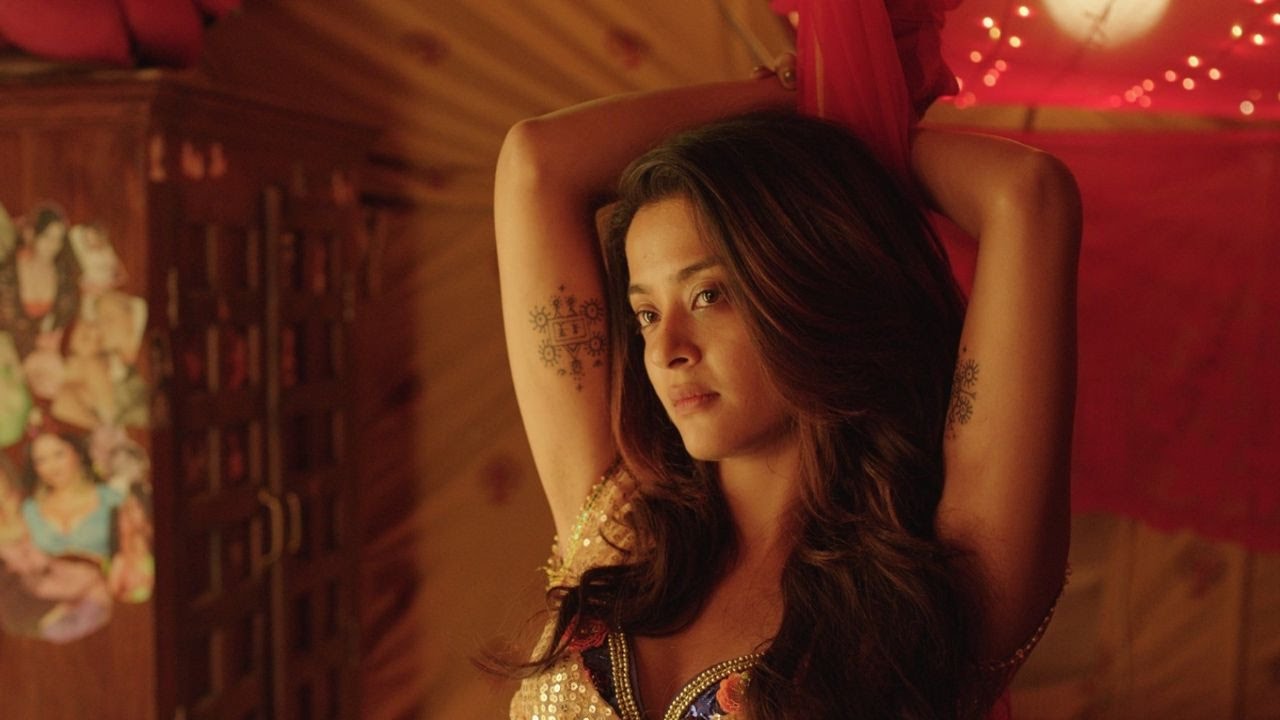 The movie follows four women in a desert village in India. Rani (Tannishtha Chatterjee) is a widow who – following traditional customs- buys off Janki (Lehar Khan), a child bride for her unappreciative son. Rani’s friend, Lajjo (Radhika Apte), is in an abusive marriage and continuously being shamed for not being able to conceive a child. Bijli (Surveen Chawla), Rani’s childhood friend, is an erotic dancer and prostitute and even though all men lust for her, she is ridiculed whenever she goes out to public events. Together they try to survive in a hard, male-dominated world that constantly tries to punish them for existing.

An underappreciated gem of Indian cinema, Leena Yadav’s third feature film has it all. Between the comedic moments and the Bollywood-inspired dance numbers, we follow these women in a world that refuses social progress and continuously represses them. The village council forces a woman to go back to her husband’s family, even though she explains how inhumanly and abusively they treat her. Rani buys off Janki following the patriarchal custom of dowry, the same way it had happened to her. Women are treated like objects, going back and forth in transactions that ignore their feelings and needs.

These women are starving for respect, love and a healthy sexual life and slowly they learn to demand what is right for them. They realise no man, husband, son or boss can restrict them and put them into a mold of the perfect saint-female. They reclaim their bodies and sexual needs away from society’s oppression. 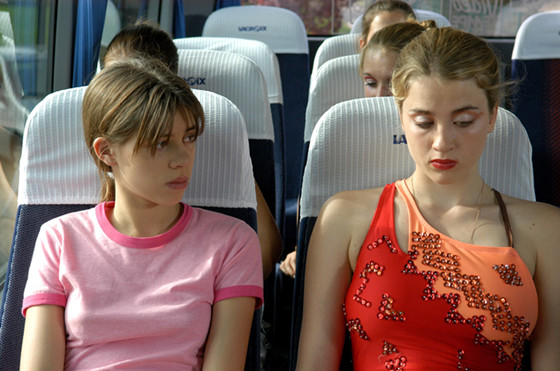 Marie (Pauline Acquart), Floriane (Adèle Haenel) and Anne (Louise Blachère) are three fifteen-year-olds going through their sexual awakening in three different ways. Marie is attracted to Floriane, following her around trying to form a bond with her, Floriane is worried the boy she likes will find out she’s not as sexually experienced as the girls in her swimming team accuse her of, and Anne is becoming obsessed with this boy after he sees her naked in the changing rooms.

Director Céline Sciamma is not a stranger to coming-of-age films about sexual orientation and the fluidity of gender. Water Lilies was her debut film, setting the ground for great successes to come like Tomboy and Girlhood. This movie is sweet to its young characters, in their road of sexual self-discovery learning that sexuality can mean many things.

The film also deals with the issue of virginity through a young girl’s mind. Is losing their virginity at that age something that girls really want to, unaffected by boys or society’s pressure, or is it something they have to get over with like a kind of initiation ceremony to womanhood. In the end, is it the most important thing in a girl’s life?

Alike (Adepero Oduye), an African American highschool senior, is slowly starting to accept her sexual identity as a lesbian. She and her openly lesbian friend Laura (Pernell Walker) hang around in clubs, wearing baggy clothes and trying to hit on girls. She has to deal with unrequited love and her family thinking she’s going through a tomboy phase. Her mother’s refusal to accept her sexual orientation only makes Alike stronger and more aware of her true self.

This critically acclaimed film by Dee Rees does not only deal with the sexual awakening of a teenager, but with sexuality as an identity, especially in the black community. Rees describes the film as semi-autobiographical, giving it the authenticity it deserves accompanied by a great performance from Oduye. What shapes a woman is her surroundings, the way her family and school has influenced her, the way she is being perceived by society. Rees masterfully brings in the themes of family, religion, society’s expectations and even other types of female sexual experimentation.

Alike’s decision to stand opposite her mother and society makes her an outcast. As the film progresses, she learns to truly accept herself as it is, not give in to vague promises and chase her better future. In her own words, she is not running, she is choosing.