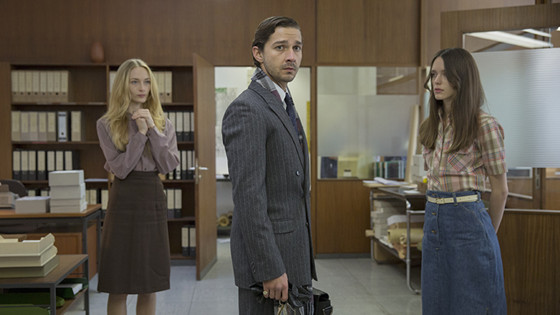 Joe (Charlotte Gainsbourg), a self-diagnosed nymphomaniac, is lying in an alley, badly beaten up. A man named Seligman (Stellan Skarsgård) finds her and takes her back to his home to take care of her. There, Joe starts to recite her life story from her childhood and her lustful past to how she got into that life-threatening situation.

A cold, hard take on a hurtful addiction, the film showcases how painful both physically and mentally a sexually-based addiction can be, contrary to popular belief. Much like most of Trier’s filmography, it is debatable whether or not this movie is misogynistic and/or problematic. What’s undeniable is that it handles a subject regarding female sexuality that we do not see very often.

Once again exploring the relationship between sexuality and a troubled mental state, Trier’s main character goes through life steadily losing herself as she searches deeper and deeper for a greater physical pleasure. The film offers an interesting depiction of how an unhealthy sexual life can progress into an illness. Her addiction empties Joe and the unexpected ending proves that it will be very hard to escape it in this world.

Mei Lin (Yang Kuei-Mei) is a real estate agent leading a very busy and stressful life. One day she meets Ah-Jung (Chen Chao-jung) at a cafe and she leads him to one of the apartments she is trying to sell where they spend the night. In that same apartment a young man named Hsiao-Kang (Lee Kang-sheng) has secretly moved in. A very unconventional relationship is formed between the three of them when they unknowingly share the apartment.

Tsai Ming-liang’s critically acclaimed art film deals with themes of loneliness, depression and urban alienation in a slow-paced and realistic way that instantly makes you connect with the characters. Their experiences in the loud, grey city are something most of the viewers know too well.

Mei Lin’s sexuality is becoming one with the quick-paced city life. She is a modern day career woman, working all day, eating take out and only going home to sleep. Her sexual escapades must fit this schedule so she is led to one-night stands in the empty apartments she has to sell. She is in charge of her sexuality and her needs, but like all the other characters drowning in the big city, she is longing for some affection. 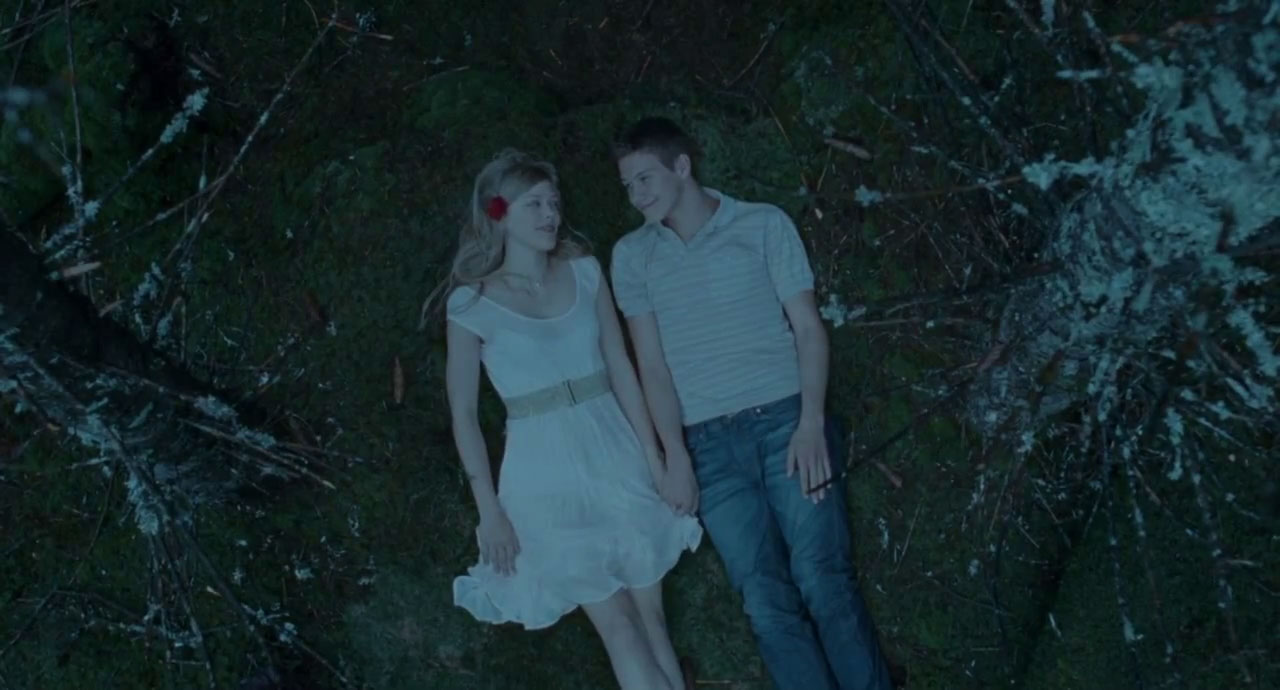 In a small Norwegian village fifteen-year-old Alma (Helene Bergsholm) is just starting to discover her sexuality. She regularly makes phone calls to hotlines and masturbates while thinking of a boy named Arthur (Matias Myren). One day at a party, she said that Arthur poked her with his penis which resulted in everyone bullying her for allegedly lying. Her mother fails to understand her hormone-filled daughter. Alma briefly runs away to Oslo, but when she comes back Arthur confesses that he did actually poke her and that he has feelings for her.

Jannicke Systad Jacobsen’s first feature film is one of the few coming-of-age comedy films. With a funny and playful tone Alma is living her teenage life in a sexual frenzy, constantly having romantic and sexual fantasies. Her naivety and sexual inexperience can be found in those fantasies where nothing sexually explicit takes place since she is not quite sure what is supposed to happen. Soon enough, she will learn that her fantasies are very different from the raw reality of teenage hormones, where boys don’t confess their undying love like she thinks so but they are more likely to poke you with their penis.

This film does a great work representing how normal it is to be sexually frustrated at that age and how society is alarmed by it, especially if it’s a girl that goes through that sexual awakening. A very important point made in the movie was that Alma never thought of herself as abnormal, she was always on the road to give a meaning to her sexuality and get a better understanding of herself.

During the 70’s in a Scottish village run by the strict jurisdiction of the church, Bess McNeil (Emily Watson), a good-hearted young woman with a history of psychological problems marries Jan (Stellan Skarsgård).

Through Jan she discovers her sexuality and learns not to be ashamed about her needs. When Jan has a work related accident and becomes paralysed, he asks Bess to perform various sexual acts with strangers and come back to describe them to him. Bess refuses, but ultimately goes through with this because she thinks it will help Jan. Her mental health deteriorates each time she does what Jan asked her to until her final sacrifice when she visits a ship full of violent sailors.

Lars von Trier is one of the most controversial directors of our age and lots of his films could have made this list (there are already two). His first film after founding Dogme 95, it faced many criticisms about whether or not he complies with the rules of the movement and if the self sacrifice of Bess is a misogynistic cliché decision.

There are two things worth noticing in this film. Firstly, the portrayal of the church and religion in general and how it oppresses the villagers, especially the women, to live freely and (sexually) express themselves. Secondly, the way Bess’ sexuality conflicts with her mental health. The thing she had just started to claim and enjoy will now be her downfall when she comes under the pressure of her husband on one hand and the pressure of the church on the other.

Erika (Isabelle Huppert) is a middle-aged, sexually repressed piano teacher still living with her mother. When a young student, Walter (Benoît Magimel), falls in love with her and pursues her, she agrees on the affair only if he acts according to her sadomasochistic fantasies. Walter is repulsed by her desires and leaves. When he comes back, he abuses her and rapes her in front of her mother’s door. The next day Erika is longing to see him but he seems unaffected.

Based on the novel of the same name by Elfriede Jelinek, Michael Haneke builds a very intriguing and complex character. Erika’s uptight upbringing, her controlling, strict mother and her studies in classical music have turned her into a cold, miserable woman. Her repression takes the form of sexual fetishes such as voyeurism, sexual self-mutilation and various sadomasochistic practises.

Not shaming Erika rather that trying to justify her, The film’s storyline is so masterfully built that leaves the viewer wondering what’s true affection, what is a sexual game and what is pure abuse until the last minute.

Adéle (Adéle Exarchopoulos) is a highschool student that has started to question her sexual orientation. After a relationship with a boy leaves her dissatisfied, she begins to cowardly experiment with girls until she meets Emma (Léa Seydoux). The two girls start a relationship, which starts going through some serious problems and when Adéle cheats on Emma with a male co-worker the couple breaks up.

At its core, Blue is the warmest colour is a film about love and heartbreak, situations everyone can relate to. Through the character of Adéle it is made clear that sexuality is not black and white. As a person grows older, they have to go through various states of minds, act on them and eventually grow. The road of sexual discovery is one of them and Adéle is called to act on this chapter of her life, face the consequences and eventually move on.

Séverine (Catherine Deneuve) is a young housewife whose marriage lacks physical intimacy. Her sexual life consists mainly of fantasies about domination, sadomasochism and bondage. One day she decides to visit a high – class brothel and after a while she starts working there during the day when her husband, Pierre (Jean Sorel), is away to work. There she meets Marcel (Pierre Clémenti) who becomes obsessed with her, tracks her down and shoots her husband.

Based on Joseph Kessel’s novel by the same name, Luis Buñuel attempts an exploration into the depths of female sexuality. The trope of the sexually repressed housewife that turns to prostitution is not something new. The distinctive style of Buñuel’s filmmaking that mixes fantasy with reality and that ambiguous ending is what makes this movie worth the while.

Deneuve shines in the role of Séverine, a woman whose abusive past has affected the way she expresses her sexuality. As she chooses to explore it by working in the brothel she comes at peace with herself and her sexual needs, even fixing the intimacy problems she had with her husband. She acts out of compulsion to escape from her boring, bourgeois life (a recuring theme in Buñuel’s films) into a world of fantasy and sexual perversion.

Author Bio: Maria-Sarra Karpouzi is currently doing an undergraduate degree in Theatre Studies. Her future plans include a successful career in filmmaking and getting her degree. Whichever comes first.