Ever since “Cube” hit cinemas back in 1997, there have been countless retellings of the “strangers caught in a deadly maze” scenario. Some of them were even better or more intriguing than “Cube”, but what made this movie a classic is the unique balance it brought to the genre.

The Cube puts each of its character’s flaws and skills to the test, while trying to make the best of a minuscule budget. Furthermore, the movie doesn’t concentrate its efforts into offering a convoluted explanation to what is happening. You never find out the true nature of the characters’ unusual prison (not in this part of the series, anyway), and this proves to be a good thing. 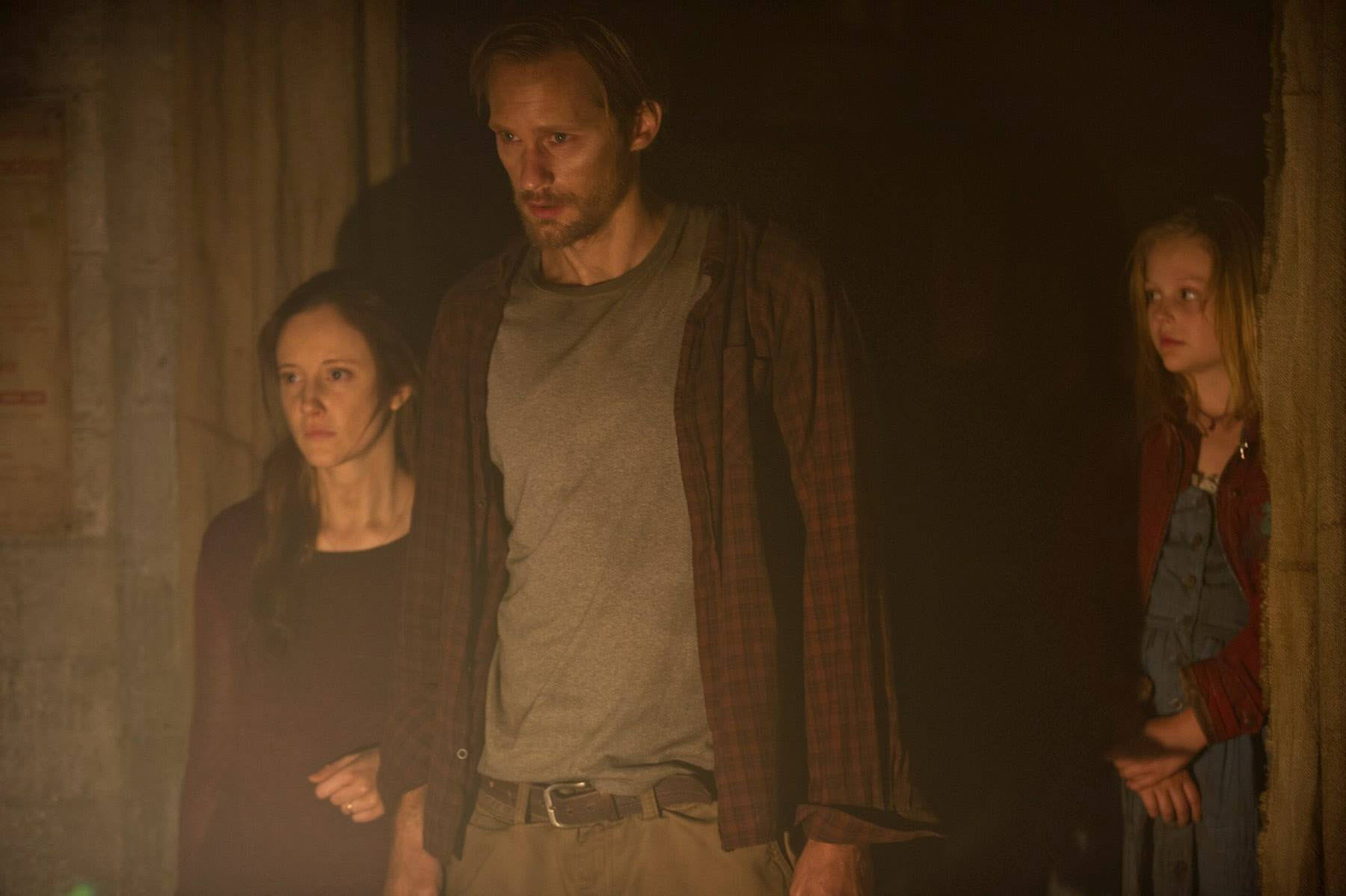 Better known for their “Stranger Things” fame, the Duffer Brothers scored an excellent ‘bunker horror’ back in 2015. While some critics were not impressed with the results, this movie appeared on several must watch lists for multiple reasons. Two of these reasons were the excellent plot twists and the rather unusual protagonists; instead of the usual young and determined heroes, “Hidden” offered you a classical American family caught in a hurricane of unusual events.

And speaking of plot twists, “Hidden” also gives you a hint on what would happen if the isolated environment was not really meant to keep somebody in, but rather something out. However, instead of going any further with this potential spoiler, we’re going to just let you see the movie. 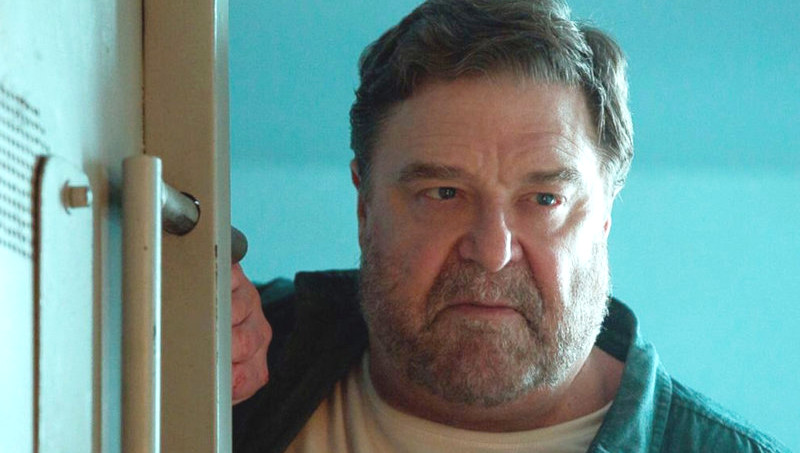 Since we’ve mentioned the word ‘bunkers’, one cannot forget last year’s “10 Cloverfield Lane”, the second movie in the ‘Cloverfield’ anthology. Produced by the ubiquitous J.J. Abrams, “10 Cloverfield Lane” is completely unlike the first film, a classic monster flick with a found footage twist. Luckily for the viewers, instead of being a direct sequel, this 2016 mix of thriller and horror delves into the ‘post-apocalyptic’ genre and does a pretty good job of it too.

What makes this movie worth the list is that, up until the last part of the movie, our main character doesn’t know whether she’s caught in a classic horror scenario or if she’s actually being kept safe by her captor. And, for what it’s worth, neither does the viewer.

This overlooked gem is neither surprising in terms of its approach, nor filled with famous names, as is the case with the previous films on the list. What it does get perfectly, though, is the setup, especially since “The Exam” has neither a supernatural nor an extraterrestrial antagonist. In fact, it has no antagonist at all. All it takes for this psychological thriller to take off is the horror of human nature.

An odd selection of job candidates from different environments are placed in the same room, with a blank piece of paper in front of them and a timer. They receive neither the question they are supposed to answer, nor any clues on how many of them will be selected. Their prize? A well-paid job for the best employer in the world. Their answer? Paranoia, violence, and highly plausible death threats.

No list would be complete without Stanley Kubrick’s classic. While the Stephen King novel that inspired it put a higher accent on the supernatural, Kubrick’s take on the story of Jack Torrance and his family has a different output. The legendary director uses the throes of isolation as the main antagonist and serves everything on a plate of phobia.

Sure enough, the evil presence is not missing from the scene, but it’s really Jack’s own fears and obsessions that tip the scales to the side of madness. From the quaint initial setup of the remote hotel, “The Shining” gradually escalates into a terror-fest, filled with nightmarish visions and Shelley Duvall’s screams (which may have have something to do with Kubrick himself, in this case).

Arguably John Carpenter’s greatest creation, “The Thing” is a perfect blend of phobia, psychosis, and surprise. The movie easily checks most horror movie tropes, but it’s also infused with the chills of the psychological thriller. Not only do Kurt Russell’s teammates make you root for them, but the antagonist itself is the perfect embodiment of isolation anxiety.

The aggressive and expansive extraterrestrial organism that MacReady’s colleagues accidentally save is different from the clichés that dominated 80’s horror cinema. Instead of directly attacking our heroes, the creature gradually steals their identities, allowing fear and paranoia to slowly consume the uninfected – and everything takes place in the heart of the Antarctic wasteland. 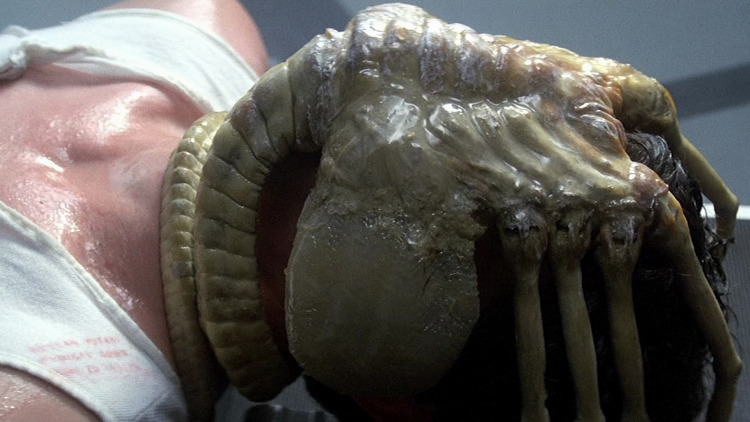 In retrospect, Ridley Scott’s masterpiece deserves to be on every horror movie list. However, in terms of isolation horror, “Alien” seems to have completely redefined the genre. Unlike Scott’s recent efforts, “Alien” delivers on each of its promises. It’s got a great cast, which you immediately feel sorry for; a dangerous and unknown antagonist; and a handful of hidden tensions between its characters. And that’s if we don’t mention H.R. Giger’s twisted designs.

While Cameron’s “Aliens” could have also taken a top spot, the protagonists of that film have a few advantages over Ripley’s first companions: they’re armed to the teeth and they have a precise mission. They expect to meet some sort of resistance, and the isolation is a consequence of their actions and their boss’s lack of responsibility. The crew of Nostromo never got that luxury.

This film scores highly on both the horror and isolation themes, although it tries to cover neither. The story of several punk musicians who involuntarily witness a murder could have turned into a different type of film altogether. However, Jeremy Saulnier decides to lock his heroes inside the titled green room and make them face a threat that not only feels real, but looks like it could happen at every moment.

Unfortunately, we had to settle for only 21 titles, but that doesn’t mean you can’t complete the list. The recent “It Comes at Night” can be easily added, while torture films such as “Saw” and “Hostel” can have a category of their own. The whole idea of a “bloody trial’ has been saved for another list, mainly since isolation is not the issue there, but rather the rage, greed, and fear of the other participants.

Save for a few exceptions, hostage and home invasion films should have their own virtual space, with the ‘Funny Games’ films being clear contenders for the top. With indulgence, 2016’s “Split” and 2012’s “Chained” could have also been on this list, although the isolation parts of those movies were not their main focus.

If “Howl” can be a rather contested entry, movies such as “Creep” (2004) or “End of the Line” (2007) may help you tip the scales (or the scares, if that’s what you’re looking for). If “Ils” was not to your liking, you can try the older, but better filmed, “Dead Birds”, or even the British independent production, “The Snare”, which covers both isolation and trauma. Furthermore, if urban landscapes are your thing, the classic “REC” can be easily completed by the French production “La Horde”.

The Norwegian comedy “Dead Snow” could have also been mentioned, but horror comedies are a tough genre to tackle. Survival dramas such as “127 Hours” have their fair share of horror, but it was difficult to classify them as such, and so were less ‘horror’ films such as “Blindness” (2008).

In other words, many films have been isolated from this list but, luckily, our readers haven’t. So, chip in with your own additions to one of horror’s favorite tropes!