Journalism and the media have always been powerful themes to be portrayed in film. Through the history of cinema, many great stories have revolved around people who work in the media. Having the duty of communicating meaningful facts and occurrences to an audience comes with big responsibility, and therefore makes characters that belong to this particular world so interesting.

With that in mind, on this list we’re going to talk about movies that deal with journalism and the media in a variety of ways. Being that this list is about sensationalism, as well as the considerations regarding the press or even great stories that features a reporter as a protagonist, this list does not intend to overstrain such a rich theme as media and journalism. However, it does have the intent to show some great films that approach this universe.

So, here are 10 movies that every journalist should watch. 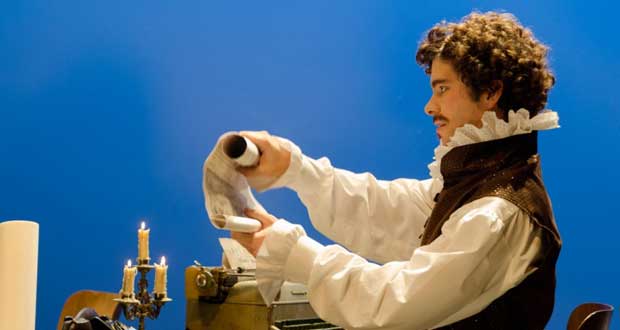 One of the most interesting documentaries of this decade, “The Staple of News” has its start on the play on words written by Ben Jonson in the 17th century. The documentary questions the role that media plays in society since it was invented. Director Jorge Furtado says that it is incredible how a play, which was written only three years after the first English-language newspaper went into print, has the same questions we have today.

In this film, we have a brief story of the press, allied with its importance regarding the public opinion and how often the truth is left out to create something more appealing, or how often wrong information can cause significant damage to the masses and, therefore, society.

This movie has reenactments of certain moments of Jonson’s classic play, allied with interviews with famous Brazilian journalists that reflect on the importance of the press and its current situation in this century. “The Staple of News” is mandatory for every journalist for them to rethink their role in this profession, and to rethink the profession itself in this particular part of history.

Often considered to be one of the masterpieces of David Fincher, “Zodiac” follows the story of the manhunt of a serial killer on the San Francisco Bay Area who calls himself the “Zodiac Killer”. Taunting the local police and the newspapers of the Bay Area with mysterious messages, we follow a cartoonist who becomes a detective because of his obsession with this case.

The technical aspects of the film are near perfection; the director shows that it’s very meaningful to tell this investigative tale, and to make us understand these character’s feelings and their relationships with their jobs. Jake Gyllenhaal, Mark Ruffalo and Robert Downey Jr. deliver great performances in this film, which is considered by the BBC to be the 12th best film of this century thus far.

Praised for its writing and directing, “Zodiac” is one of the most acclaimed serial killer films released this century. Its approach on the constant fighting between reporters and detectives, who are both trying to find such a terrifying figure while keeping their senses, is something that should be seen and analyzed not only by journalists, but film students as well.

One of this century’s greatest films about the power of media, “Nightcrawler” follows the story of Lou Bloom (Jake Gyllenhaal), a stringer that records accidents and all kinds of violent events at night through Los Angeles, selling his material to a television station.

A great film about sensationalism in the media, “Nightcrawler” features a great character arc for Lou Bloom. As he dives deeply into the tragedies he documents, his character starts acting darker and darker, leading to a ghastly ending.

“Nightcrawler” documents a very common behaviour trait in all types of media in this era, and outlines a pretty tragic path. As much as tragedies can sell and boost ratings, they have bigger consequences than what might meet the eye, and can lead to terrifying consequences.

Dan Gilroy was nominated for an Oscar for his work on the film’s screenplay, for good reason – “Nightcrawler” has amazing writing and great dialogues that expose such a dark universe in the violent nights of Los Angeles.

Talking about sensationalism in the media, “Ace in the Hole” is one of the most acclaimed films in Billy Wilder’s career. Following the story of Chuck Tatum (Kirk Douglas), a journalist who once worked in a big city, who is currently working at a small newspaper in Albuquerque, “Ace in the Hole” is proof of the big circus that the media can create. With a background in journalism, Wilder is perfect in conducting the story about a reporter who does not have the greatest intentions while covering the story of a local man trapped in a cave.

“Ace in the Hole” explores the way Tatum creates a narrative to make this story more appealing to audiences. The way that time is bent on this story for the sake of selling more papers, and the ethical shock between Tatum and his editor, shows us the path the narrative takes during its run time.

Ultimately leading to a tragic ending, making this reporter realize he created an unimaginable circus at a much higher cost, “Ace in the Hole” is another movie that explores the consequences of how being irresponsible is something that should be unacceptable while working in the media.

This Palme d’Or winning film, and one of Federico Fellini’s many masterpieces, “La Dolce Vita” follows Marcello Rubini, a gossip journalist, over a seven-day period in Rome. Living among Rome’s elite, Rubini struggles to be a serious writer while following people with whom he does not connect, and trying to find himself in the process.

Although many movies that have an approach on journalism focus on the investigative part of the job, it’s really interesting – especially considering this film is almost 60 years old – to watch a story about a man who is trying to make something he considers more serious and respectable with his life.

“La Dolce Vita” is shocking in certain moments, but Fellini made it be beautiful in others. This relationship between what things are and what they look like is often a main theme in the media, and therefore, this is an essential film for journalists.