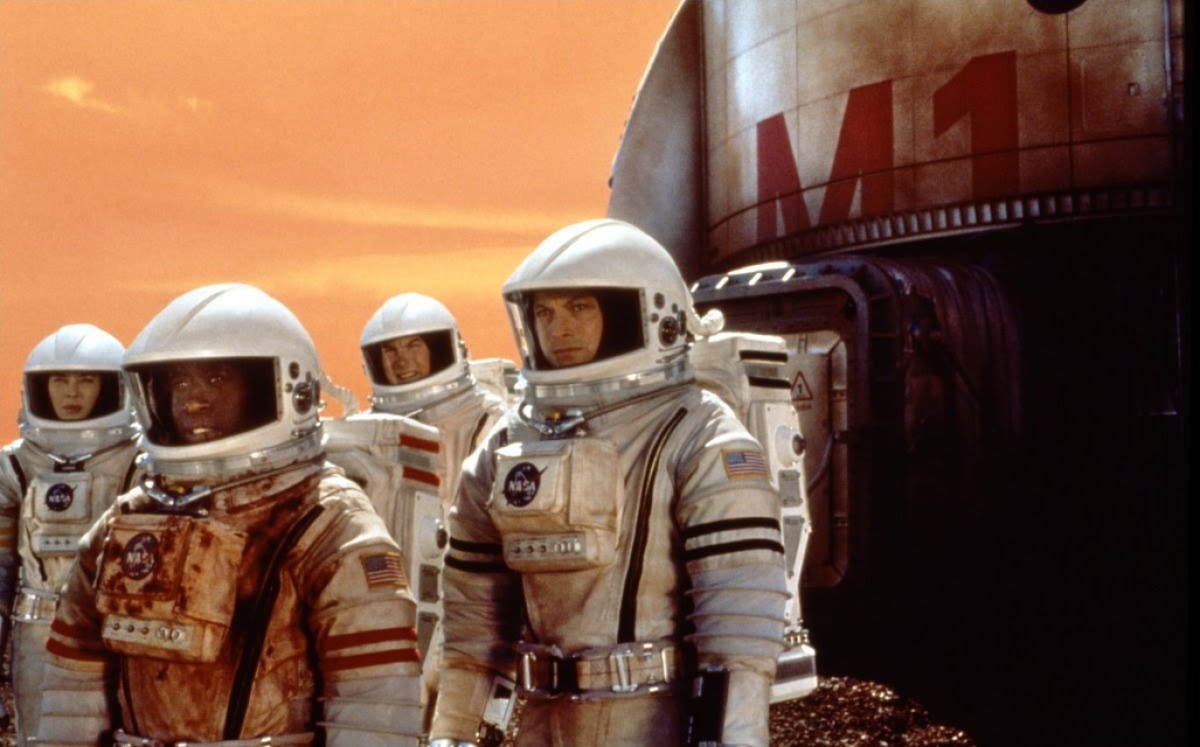 Science Fiction is supposed to be fiction based on science, but sometimes it isn’t. All science fiction certainly includes fantasy elements, usually in standard conventions, such as faster-than-light spaceships, suspended animation, and time travel.

These fantasy elements don’t necessarily invalidate the term science fiction, but some have so many elements that they are called science fantasy, such as Star Wars. When we speak of science fiction that is unscientific, we’re leaving aside science fantasy. Nobody could be fooled into believing that a midichlorian count is a serious scientific measurement.

Instead this list is about movies that make scientific claims that might fool somebody because it makes a fallacy seem plausible, or at least plausible enough that a kid might take it seriously.

This is often determined by the tone of the movie. There are plenty of movies with outrageously unscientific premises that are obviously jokes. We will not be considering any of these.

Please keep in mind that being unscientific doesn’t make a movie bad. It can be ridiculously unscientific, and still a lot of fun, even if it’s really fantasy instead of science fiction, and science is merely magic by another name.

Spoiler Alert! Some of these give away the whole point of the movie, so beware!

There are plenty of examples of eugenics showing up in movies as a serious idea, and there are lots of people who still believe in it, even though one would think that the Nazis completely discredited this pseudoscientific theory. It was once the scientific theory, and anyone who didn’t believe in eugenics was damned as rube or a religious nut.

In Soldier, Kurt Russell plays a man bred to be a soldier, Sergeant Todd. He was bred to be a certain type of soldier that exists only as a Hollywood fantasy: ruthless, emotionless, obedient, and unthinking. It runs through some of the training that is used to make these carefully bred soldiers, including the utter callousness of those who did the training. Sergeant Todd was the best of his generation of well-bred soldiers, and spent decades fighting without having any life outside of the barracks.

Eugenics is essentially the idea that people can be bred like animals; it derives from the improvement in breeding technology that gave us all of the new kinds of dogs, horses, vegetables and fruits in the 19th Century. In both humans and animals, it posits that being pure-bred is an absolute good, to the point that State Fairs used to give out prizes to the ‘purest’ families.

Not only does Eugenics posit that humans can be bred to be better, but it ranks the races accordingly. Whites are of course superior to the rest, grading down to the darkest skin color denoting the greatest impurity.

The Nazis destroyed this popular belief-system that was scientific in form but not in truth. They planned on breeding a pure and perfect race by destroying the culls, and they weren’t the only ones. They started by murdering mental patients, and worked their way through Gypsies and Slavs and gave special attention to the Jews, who in their asinine theory of race, were the ultimate subhumans. In many other countries forced sterilization was used for the same purpose, as U.S. Supreme Court Justice Oliver Wendell Holmes put it: “Three generations of imbeciles are enough.”

Not everyone has given up on eugenics, of course; Margaret Sanger was preaching it long after the Nazis discredited it, and it is still taught on the sly in many universities. One place it crops up often is science fiction, and breeding a soldier like Sergeant Todd has become almost a standard trope.

In Soldier, the bred-to-be-soldiers are controlled by brain-washing techniques which purport to make them perfectly obedient and completely repress their emotions. As the story unfolds Todd has to learn how to live without somebody giving him orders, to choose for himself. Therein lies the second scientific fallacy, because brain-washing doesn’t work.

Communists in many nations have tried desperately to educate ‘untainted’ generations into becoming perfect communists, so that the socialist state will melt away and true communism will at last come into being. So far, they have utterly failed. A few years ago a mother who had taught her son that toy guns were dangerous accepted a challenge to put her son in the same room with a boy who did play with guns to see if he could be ‘corrupted.’ He lasted not five minutes.

The other boy demonstrated for him that the toy guns weren’t dangerous, and her attempt at brain-washing went right out the window. People are not computers; they cannot be programmed at will. This has been scientifically established, but the opposite is still believed by many millions around the world.

People will do the oddest things, and no amount of brainwashing will ever change that. Who would’ve thought, two years ago, that President Trump would ever be a real thing…besides Trump himself?

Maybe someday we’ll get hard science fiction more often, but it has been scientifically established that holding your breath won’t make it happen any quicker.

Interstellar is an enjoyable movie, but many are the scientific fallacies therein. These have been covered all over the web, so we can leave most of them alone. However one thing that is not often addressed is something we see in a lot of movies: being all alone for a long period of time is no big thing.

In Interstellar the time dilation effect makes a few hours for some characters 23 years for another. When they climb back aboard the mothership David Gyasi, playing Romilly, has been there alone all that time.

Now there is a more realistic rendition of long-term solitude in Rocketman, a goofball comedy about a voyage to Mars. Instead of going completely crazy, Romilly is sane, well-adjusted and…alive. 23 years of being alone, in a very confined space, is a recipe for suicide. Interstellar actually addresses that, in the character played by Matt Damon, who plays stranded astronaut Mann.

Instead of nobly suffering and dying alone, Mann tricks them into coming to get him by reporting that the planet he’s on is perfect for colonization, even though it’s not. And while he’s treated as a bad guy for doing so, it’s entirely understandable. Being so cut off from all humanity is devastating to the psyche.

We’re not talking solitary confinement, either, but complete isolation from every other human being. This is something that has not truly been much studied as yet, but those few examples of castaways and prisoners does not make long term solitude something we should expect to be an easy experience that barely warrants mention.

This is an older dystopian movie which takes place in a domed city after some kind of unspecified destruction of the Earth. To keep the population down, everyone is killed at age 30, so it’s a city of the young.

Logan, played by Michael York, is a Sandman, the sweet epithet for the guys who kill people who try to run instead of allowing themselves to be killed in the spectacular carousel ceremony.

The computer who runs the city sends Logan undercover to find those runners who remain unaccounted for. It believes that they have found a place known as Sanctuary,

Logan’s Run came out in 1976, before the Apple II was available for sale, so computers seemed mysterious and strange to most people at the time. For the most part we’ve avoided movies that are old enough to have hokey technology, but in this case the idea that computers are dumb as rocks while simultaneously super powerful is still around, and Logan’s Run is one of the more hilarious examples. It’s also a pretty good movie, if one can stand the pre-Star Wars special effects. 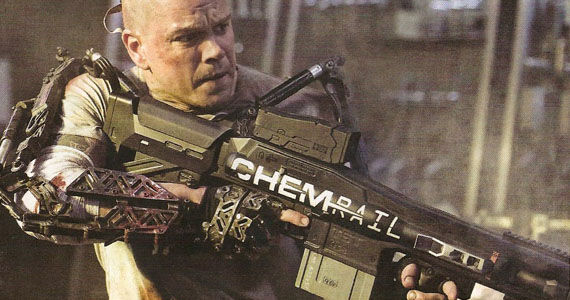 Breaking into an orbiting city is hard, not least because the most likely outcome is destroying yourself and the city. The technical expertise required is pretty impressive, yet it doesn’t include the smarts to steal the plans for a machine that is ubiquitous on the space station.

Then again the rich people are stupid too…they’ve got a miracle machine in every house that cures every ill, and instead of sharing it with the people down below, they hoard it, inviting attacks and thefts instead. It literally costs them nothing to give the plans to the folks on the surface, so that everybody can have the same tech. So what’s the point of that degree of stupid selfishness? A lot of people are very stupid, certainly, but nobody is that foolish, especially when it offers them no advantage.

There is nothing in science that tells us that poor people are impossibly stupid. Many great scientists came from poverty, so obviously being poor doesn’t mean one must be stupid. The larger idea that everybody is too stupid to know their own interests is also unscientific, because how would we know? How could we even measure that if all of us are so very brainless? There would be no science at all if it were true.

Of similar mold to The Lawnmower Man is The Cell, except that the neural interface has been perfected. It allows a psychologist, played by Jennifer Lopez, to enter the mind of another person, mainly via dreams. She enters like an alien character into a dream, and the visuals are really spectacular. The movie is dreamlike or nightmarish by turns, but there are several problems with the scientific underpinnings.

To create this interface between two minds, what technology other than computers could be used? Yet instead of this being a neural interface with a computer, it appears to be simply a link between the minds that is managed without a computer. There is no way to record dreams or even the experiences of the dream-diver. It is basically analog technology that works by magic. It would be better to just go with magic itself, like ESP in Dreamscape.

The mind itself is amazingly vast, and current neuroscience is only now discovering just how gigantic it truly is. Finding surface thoughts would require a computer to sift through this gargantuan maze, which, one might expect, would require the computer to be able to read the mind, which would then allow it to be recorded…assuming somebody had a few yottabytes of storage lying around spare.

Jennifer Lopez as Dr. Deane eventually finds the location of a kidnap victim by performing another standard science fiction move: she reverses the polarity. Instead of invading the mind of a serial killer, she has him invade hers, and then kills him in the dream, which kills him in reality.

This is an old tale that is certainly not true. Dying in a dream does not kill. There is one person who has been shot, stabbed, drowned, buried alive, hanged, beheaded, and hacked to pieces in dreams…and has lived for thirty-five years after the first experience (so far). There has never been any evidence that dying in dreams kills…because how would we ask the dead guy? This is simply a fable that lives on despite all science can do.

It might be that death in a dream would kill the dreamer if the mind were a little less simple, instead of being so astonishingly complex, and including mechanisms for self-preservation.