There’s a large streak of technophobia in Hollywood, especially the extremely common ‘robots are out to get us’ meme. Computers in general are used as a replacement for magic, and hackers are wizards. The Lawnmower Man goes one further, however, by turning a specific type of computer program into not only magic, but black magic. As technology is the application of science to real-world problem, technophobia could be seen as a fear of science too, so it’s a short step to say that science is witchcraft.

Virtual Reality is just an interface, like a keyboard or a screen. It’s more immersive, but it’s still just an interface. In this movie it is (in 1991) beyond anything that has happened since. Using a stimulatory drug to enhance the experience, Jeff Fahey’s character Jobe has his intelligence increased to the point of insanity. He attempts to dissolve into the VR world so he can become a god, and he succeeds.

VR as an interface may be as immersive as you like, but it doesn’t include a translation program for a human (or superhuman) mind into ones and zeros. A neural interface might make that translation possible, but that still lies well into the future. The primitive neural interfaces being worked on today can’t do anything like that.

What’s more, the idea that the internet of 1992 (which wasn’t called that in the movie) was close to vast enough for a super intelligence is laughable. Perhaps in the world of The Ghost in the Machine one could make the transition, but The Lawnmower Man takes place well before neural interfaces were possible at all.

Instead of a plausible computer system large enough to take a human mind, it’s just a stand in for magic…black magic, because along with his intellectual improvements, Jobe gains intellectual arrogance to a dizzying degree.

In short, VR is a deal with the Devil, and Jobe is in effect a witch. 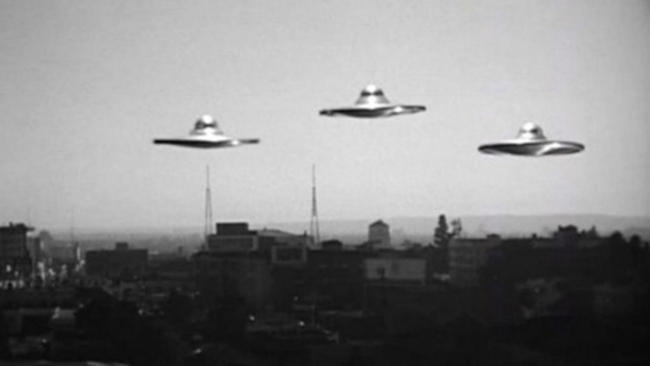 The idea that humanity is simply a horrible parasite on the Earth is far from an uncommon idea, it appears in many a movie and is actually axiomatic among some parts of the Environmentalist movement.

In the first place, science cannot quantify evil, because it cannot quantify morality at all. Some evolutionary psychologists gamely try to make morality out of evolution, but their ideas are mere speculations that can neither be verified nor measured, being that most common of human pastimes, rationalization.

So from a strictly scientific perspective, evil is immeasurable, hence judgements about what is and isn’t evil is inherently unscientific. Many would argue that point, but the naturalistic fallacy is much more common than any actual scientific knowledge.

After that we come to the solution that makes up the plot of Plan 9 From Outer Space. Zombies have begun wandering the earth murdering people, and why? Because aliens are afraid that having discovered nuclear fission, humans will take the next step to an even more powerful explosive…solaranite. Yes, really. Solaranite explodes the rays of the sun! We have to be stopped before we discover it, so the answer to humans being horribly violent and evil, is to commit violence against us!

See, the aliens have to become evil to combat evil.

This idea that everyone on Earth is guilty, no matter what age, no matter what choices, no matter any individual actions, is both anti-scientific and anti-human. Plan 9 From Outer Space is a silly, campy, poorly made, Ed Wood movie that gives this preposterous belief its just due.

3. The Day After Tomorrow 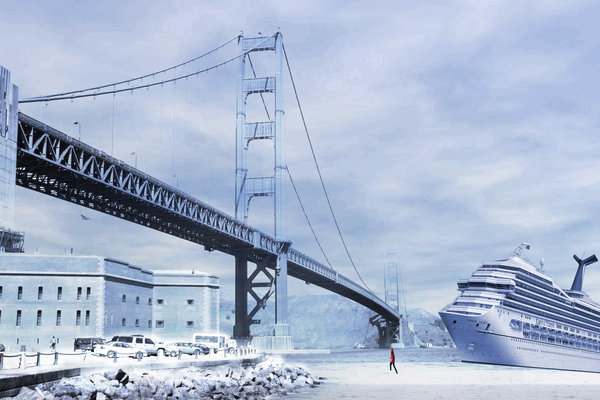 This is the lowest of low-hanging fruit. There are so many scientific errors in this movie that it can (and has) been used as an example of how Hollywood doesn’t understand science.

The key plot point is that global warming will cause a sudden-onset Ice Age. Yes, really. There have been many Ice Ages before, and they take quite a while to cycle from warm to cold and back again. In The Day After Tommorrow superstorms suddenly wreath the Earth with decades of snow in a few hours. At one point there is a mall that has been completely covered in snow in a few days…70 or more feet of snow at the least. That’s 840 inches (2,133 cm) of precipitation in a few days.

To put that in context, the rainiest places on Earth get around 460 inches (1,168 cm) of rain per year. Laying down that much snow over a goodly portion of the northern hemisphere, call it 10 million square miles/16.1 million square kilometers, or about a quarter of the northern hemisphere not counting the oceans, in a few days, is the equivalent of 700 million cubic feet of precipitation. Let’s assume that it wasn’t quite uniform, and call it 400 million cubic feet, say about 78,125 cubic miles or 320,312 km3.

The climate simply doesn’t operate at that kind of speed. Glaciers take decades to move inches. Unless there’s some kind of external input, such as a nice, slow-moving ice planetoid, that kind of rapid change is simply impossible.

Of course the climate is always changing, and of course humans contribute to that change, both in good ways and bad. Planting trees and conserving forests is good, cutting down forests for farmland is bad. However the scary changes we keep hearing about aren’t coming in the next few centuries. We’re far more likely to see another Medieval Warm Period or Little Ice Age than the bigger, nastier changes that require many centuries or even several millennia to unfold. 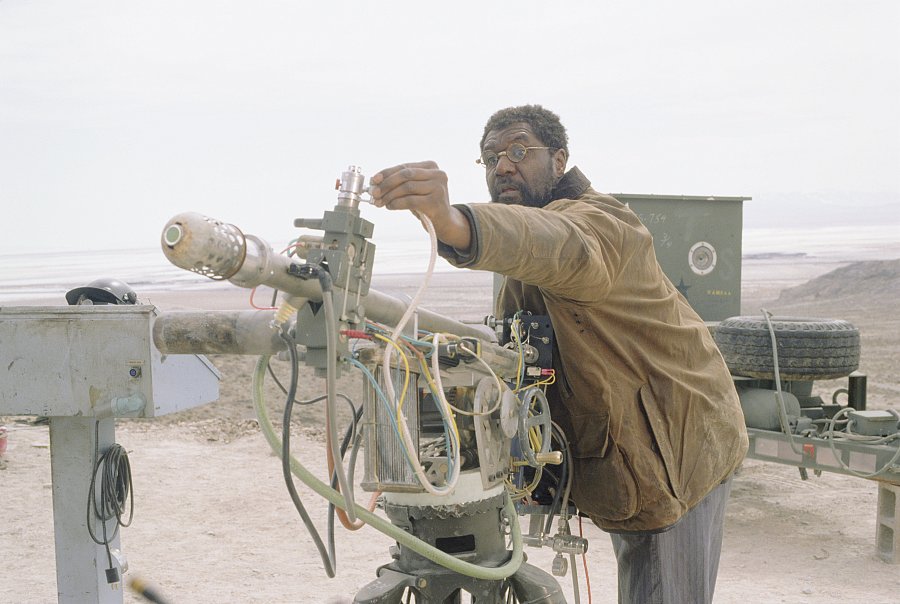 This movie has so many scientific errors that the mind boggles. We’ll keep to just one, because it appears in many a science fiction movie: explosions cure all ills.

This is a fairly standard blockbuster-style movie, with all the usual tropes, the best of the nerds dying the worst death, the protege having to watch her mentor die, hackers are mystical wizards, all that. So far so good…well, maybe not good, but not unusual. The premise is that the core of the Earth has stopped spinning because of a weapon designed by an even more foolish government that usual, and a few giant explosions in the right place will get it moving again and save everybody on the surface from dying.

Leaving aside all the problems with piloting a ship through the mantle and outer core of the Earth, and leaving aside the fact that the whole Earth would stop spinning if the core stopped (killing us all), how exactly would nuclear bombs get the core spinning again?

The concept is that the blast waves and voids created by the nuclear explosions would be refilled and start a sort of convection if placed exactly right. However nuclear bombs are not magical. They aren’t all that big and powerful compared to something the size of the Earth. If our marvelous planet could easily manage something like the 800 megaton explosion of Mount Tambora, why then could a few 100 megaton explosions (the largest theoretical nukes ever, while the maximum ever detonated was 57 megatons) make such a difference?

Then there’s the density and gravity near the core: less gravity, more density. How much of the core could a 100 megaton bomb even displace? In the air, the blast radius of a 100 megaton bomb is about 85km, but that’s in air. How much molten iron and nickel would that translate to?

The density of the inner core is 12.8g/cm3. The density of the lower atmosphere is 0.0012g/cm3. That’s a difference of about 100,000:1, so the how much of the core could an 100 megaton explosion displace? Don’t bother doing the math…unless you really want to. Even coming up with a 100 gigaton nuclear device still wouldn’t necessarily do the job, even if one posited that the displacement of the core would equal the displacement of air 1:1.

That is not a given. 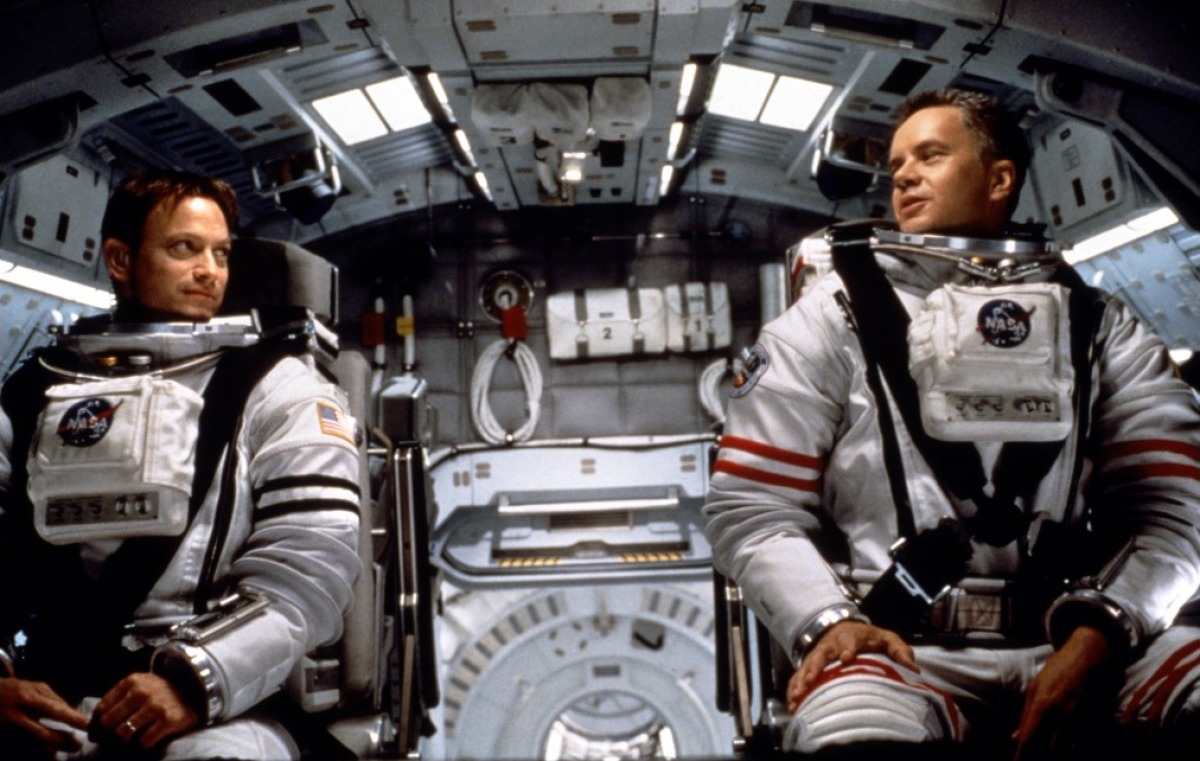 This movie generated high hopes. It was billed as ‘hard science fiction’ and that is a rare bird indeed. Then in the middle of the movie came a scene that was so far beyond ridiculous that the whole movie was ruined.

Tim Robbins character is floating out into space away from the other astronauts, and Connie Nielsen rockets out after him in a powered suit…and stops, because if she goes any farther she won’t be able to get back to safety. She’s just out of reach, and he kills himself to keep her from trying to follow any longer.

This one should be obvious to anybody who knows anything about how zero gravity works. How did she stop? It costs just as much energy to decelerate as to accelerate. So if she gave herself a slight overtake advantage and then turned off the rockets she’d catch up, and then she could use her remaining juice to decelerate and match vectors with the ship.

You don’t need to run your rocket pack to keep moving. And if you run to the end of a tether you don’t stop—you bounce back, unless you keep those rockets pouring on the acceleration.

This is one that simply cannot be forgiven. Such an egregious misunderstanding of physics in a movie about a trip to Mars belongs only in a parody. It is just plain dumb, and not only unscientific, but ANTI-scientific.