Months after John Carpenter announced his involvement in a planned Halloween reboot, the production has acquired several key personnel and they’re far from the usual suspects.

Taking the reins of the new movie will be David Gordon Green (Pineapple Express, Our Brand Is Crisis) with Danny McBride (This Is The End) the only confirmed cast member and Jason Blum producing. Carpenter went as far as stating in a Facebook post that he “might even do the music.”

It gets better: the new film won’t be a remake but a sequel that takes place sometime after the events of the first two films. Does that mean that Green and co are planning to drop all the nonsense about Laurie being Michael’s sister and do away with the Cult of Thorn? Watch this space.

Of all the personnel announced, Green’s involvement is perhaps the most telling: rather than rushing to another “horror guy” in the Rob Zombie mould, they’ve gone to a filmmaker known mostly for dramas and comedies. In other words, they’re seeking a fresh perspective on the material.

Can he succeed? Here are the ten movies he’s up against, ranked worst to best. 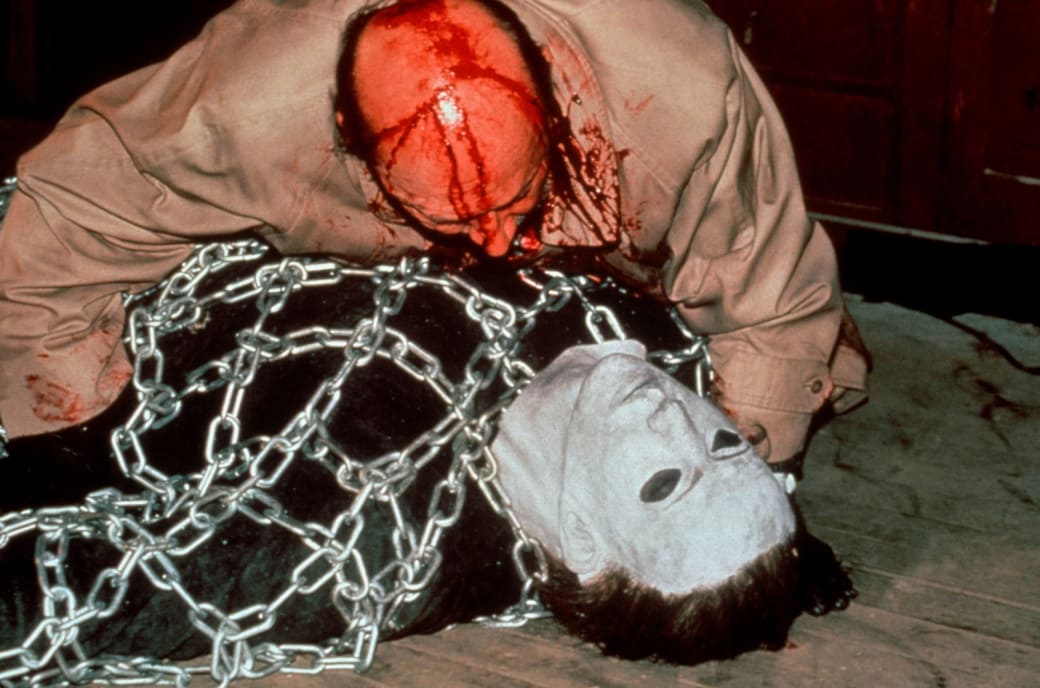 Rushed into production to capitalize upon its predecessor’s success, Halloween 5 makes the first of many mistakes by picking up where part 4 ended, explaining that Michael Myers survived being run over, thrown down a shaft and hit by five hundred rounds of ammunition. Then he spent a year living with some old guy, waiting for Halloween to come around again.

It’s more of the same old same, with Michael stalking his niece for oh some reason while Dr Sam Loomis (Donald Pleasance) generates an inordinate amount of collateral damage. Loomis gets to go full nutso here, throwing a net over Myers in one scene and repeatedly smashing him across the noggin with a length of two by four, something he never get the chance to do in the original.

When the filmmakers realized their hastily assembled first cut wasn’t working, they decided to add a sub-plot about a mysterious figure who suddenly enters the story for no apparent reason, and it’s only at the very end that his motivations are revealed. He’s a plot device, there to keep the ending wide open for a sequel. 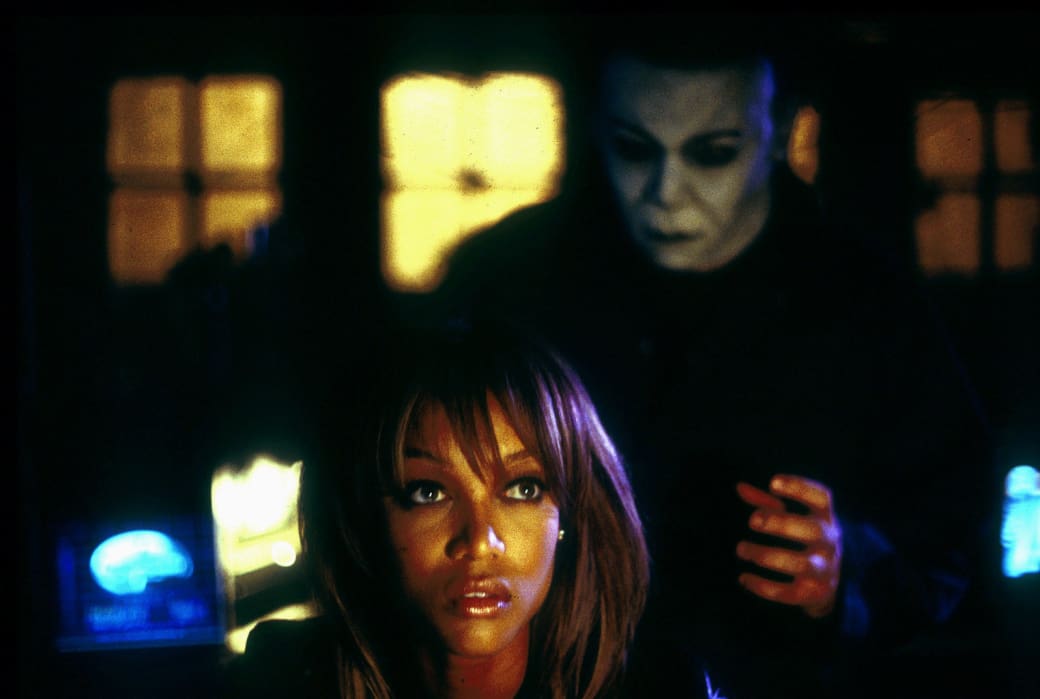 The early 2000s were the era of tacky reality television, so it must’ve made sense to the creatively bankrupt producers of this seventh sequel to incorporate it into the plot. The result is one of the dumbest, most unintentionally funny horror films you’ve ever seen.

After explaining how Myers survived being decapitated at the end of Halloween H20 (“Ohmigod, she killed the wrong person!”) and doing away with the only other continuing character (RIP, Laurie), the movie sends Michael back to his childhood home, which is full of reality TV contestants getting high and sneaking off to have sex. Over the next eighty-nine minutes, prepare to see a once-proud horror icon being outsmarted by text-messaging teens, mocked for being mute and fought off by a kung fu fighting rapper.

You’ll hear Donald Pleasance turn over in his grave when Busta Rhymes, whose real name is Trevor Smith, kicks down a door with the zinger, “Trick or treat, Motherf**ker!” But before that he gets to fight Michael with mixed martial arts and before that he becomes the first person to tell Myers to “scoot, skedaddle, get the f**k outta Dodge” and walk away. 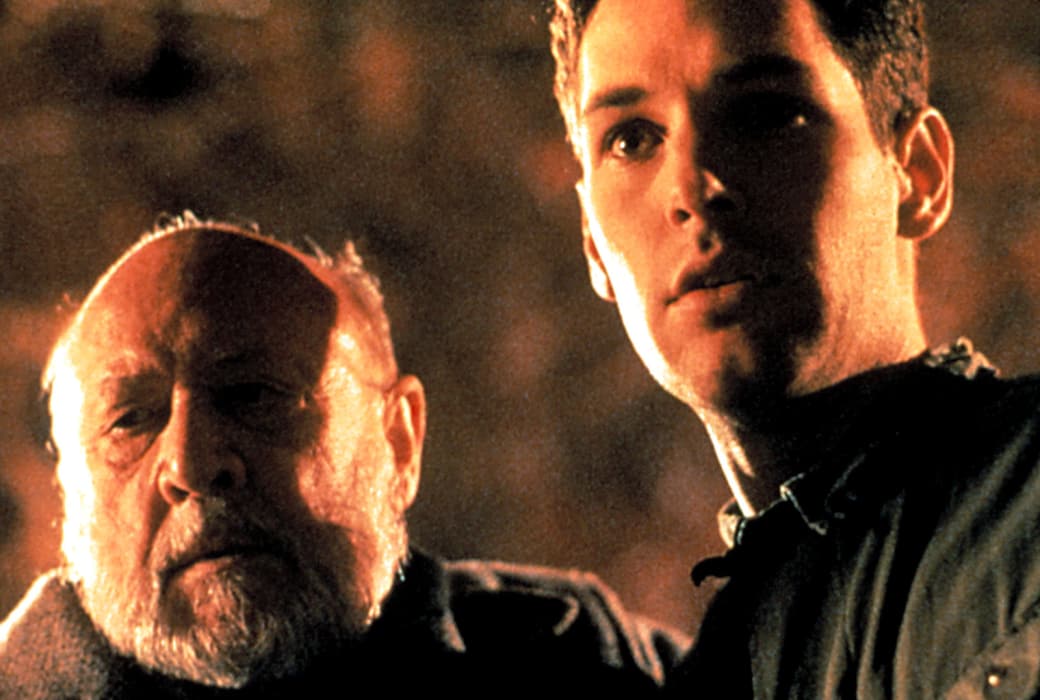 Made six years after Halloween 5, ths fifth sequel was the first to be produced by Dimension Films and you can tell the company hadn’t yet struck gold with the Scream franchise. Bearing zero resemblance to John Carpenter’s original (or even filmed entertainment), The Curse Of Michael Myers will one day appear on Mystery Science Theater 3000.

Remember the Mysterious Figure from part 5? Well, it turns out that this guy is the head of a group of druids who’ve been manipulating Michael since he was a boy. Perhaps not coincidentally, the character is played by Mitch Ryan, who was also Gary Busey’s boss in Lethal Weapon, so as the Personification of All That Is Evil, he’s pretty well-cast.

Just so we’re clear, though, these are not the druids of Iron Age Britain, who worshipped trees and (supposedly) performed human sacrifices, these are Hollywood Bullsh*t Druids, who live in an ultra-secret underground bunker accessible only through an unlocked and unguarded door marked ‘Maximum Security’, dress like Emperor Palpatine and contact Michael using their very own Bat Signal – a constellation of stars that only appears on October 31st.

The constellation is in the shape of a thorn, so the symbol is tattooed on the wrist of every member, including Myers, something every previous and future movie forgets to mention. 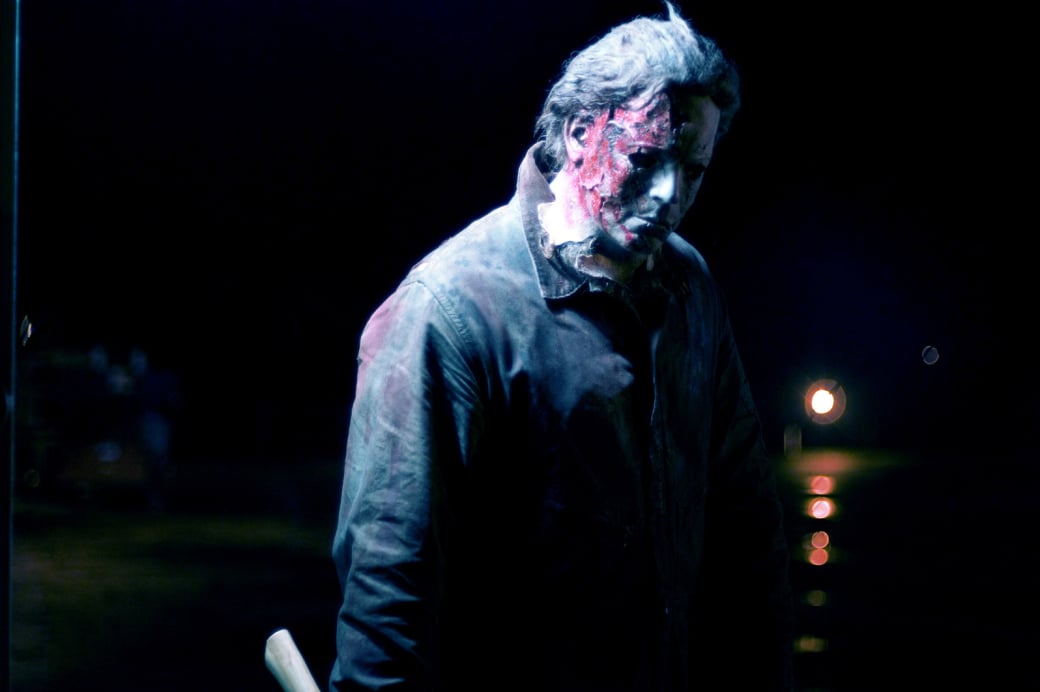 The tenth Halloween movie in thirty-one years, the confusingly titled Halloween II starts out like the other Halloween II with Laurie (Scout Taylor Compton) being stalked through a hospital by Myers. At a key moment, writer/director Rob Zombie pulls a switch and says it was all a dream, which is either clever manipulation or a total cheat, take your pick.

He probably should’ve stuck with the template laid down in the 1981 movie because there’s nothing much worth staying for: Dr Loomis (Malcolm McDowell) has become an extremely unsympathetic character interested only in exploiting his newfound celebrity status, while everyone else is a horror movie caricature with “cannon fodder” written all over them.

There are some startling visuals (including a creepy/weird monochrome dream sequence) but they don’t belong here and Zombie put them to better use in his later films. The overwhelming impression is of a talented filmmaker fulfilling a contractual obligation and heaving a sigh of relief as he prepares to get the hell out of there. 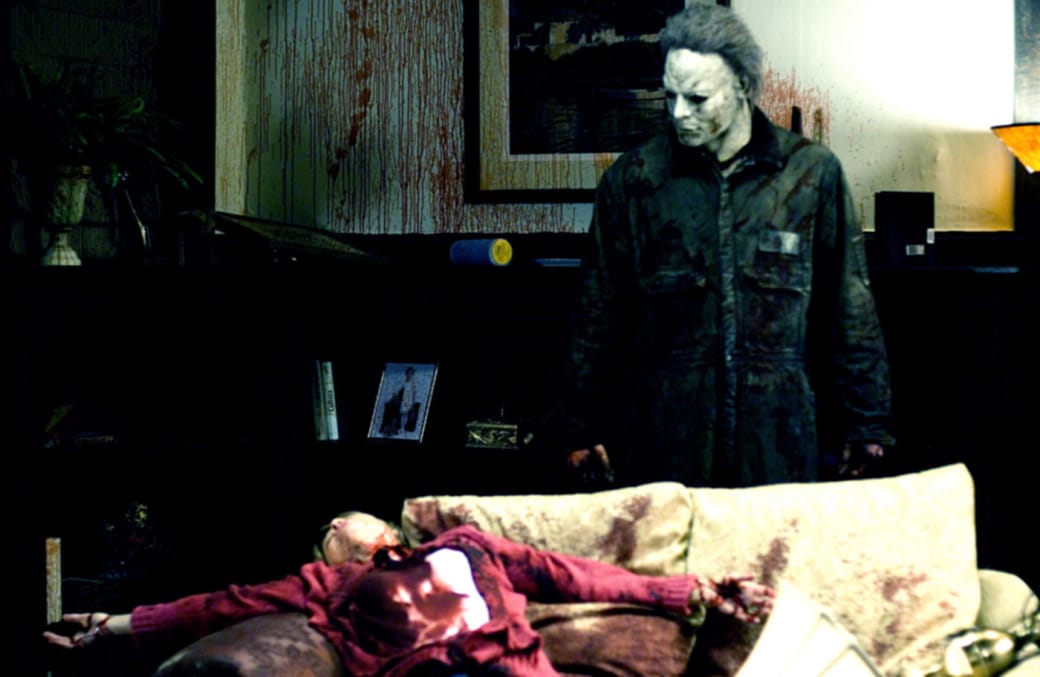 When all the ground-breaking horror movies were remade in the 2000s, it was enough that Platinum Dunes didn’t get hold of Halloween and squeeze out another soulless, crassly commercial product the way they did with The Texas Chainsaw Massacre, Friday The 13th and A Nightmare On Elm Street.

If anyone was going to pull off reinvigorating the franchise for the 21st century it was going to be Rob Zombie, and you have to give him credit: for the first forty minutes of this remake, he seems to be making his own movie. Then the suits at Dimension Films must’ve intervened and demanded changes, because it turns into a pale facsimile of the original with all the jump scares removed.

That’s the film’s fatal flaw: after spending a third of the film with Michael Myers, he’s thrust into the background while the foreground character becomes the considerably less interesting Laurie Strode (Scout Taylor Compton) and her quick-to-disrobe girlfriends. She is surrounded by a stellar supporting cast (Danny Trejo, Brad Dourif, Sid Haig), so there are compensations.