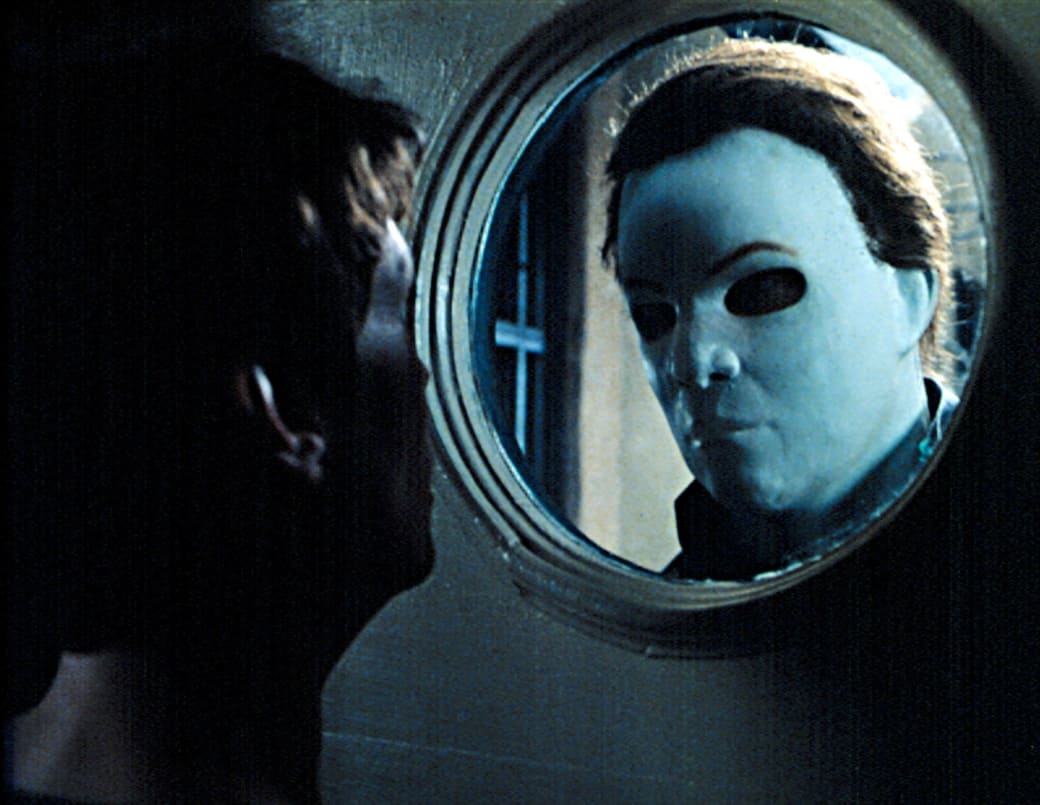 When the Halloween-influenced Scream became a massive success for Dimension Films, the company immediately decided to revive Michael Myers for the same demographic. Armed with an unprecedented $17 million budget, H20 brought back Jamie Lee Curtis for the first time since Halloween II and pretended that the other movies just didn’t happen.

When Michael returns to stalk Laurie on the twentieth anniversary of their first encounter, the scene is set for some fireworks the film doesn’t really deliver because a heavy sense of déjà vu hangs over the movie. Watching Jamie Lee Curtis run away from the bogeyman in the movie that launched the slasher craze was fun, but two decades of sequels and clones have blunted the edge.

If anything, the movie is comparable to Dimension’s Scream 2 – it’s another throwback to the golden era of slasher movies with another resourceful heroine (surrounded by idiot victims) and the end result is….fine. It’s not as bad as most of the sequels, but it isn’t up to the original either. 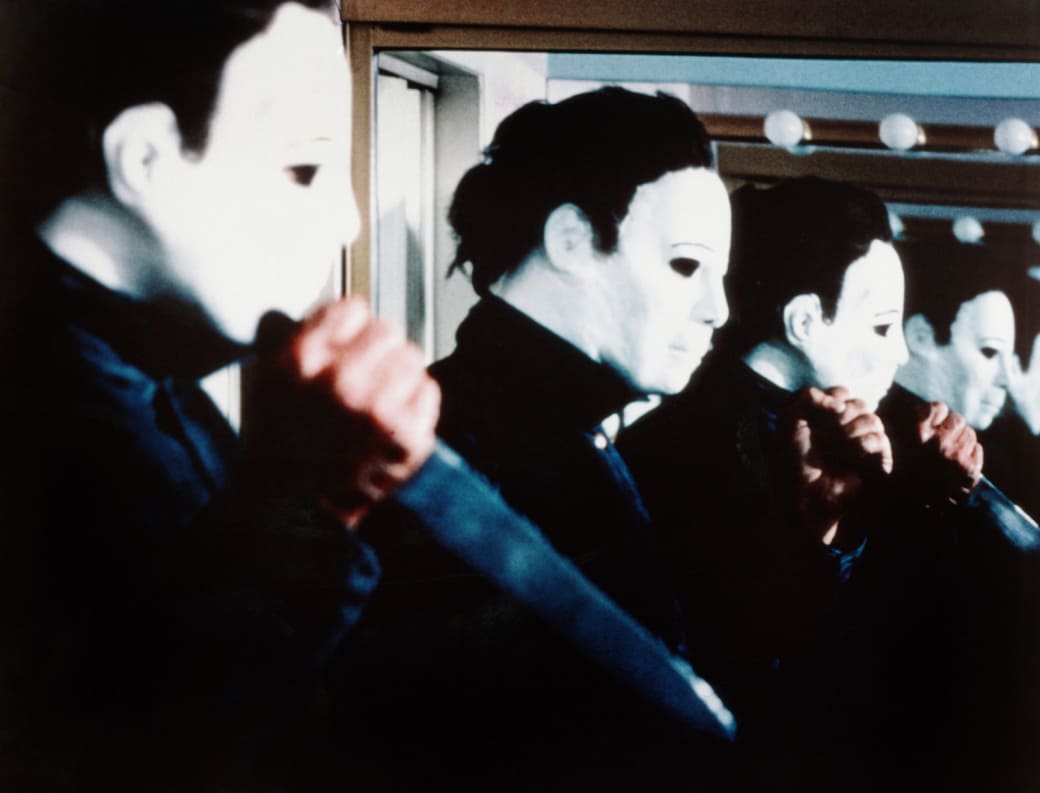 The first Michael Myers movie produced without any input from John Carpenter, Halloween 4 gets off to a bad start by asking the viewer to believe that not only could Michael survive being blinded and blown up, Dr Loomis could survive the same explosion with some minor scarring.

Fortunately, the movie then turns into an efficient slasher with plenty of suspense and knee jerk shocks as Michael returns to Haddonfield to hunt down his niece. Before you can scoff at the premise, it should be noted that Jamie Lloyd (Danielle Harris) and Rachel Caruthers (Ellie Cornell) are two of the more engaging characters in the franchise, and the viewer has zero trouble rooting for them. 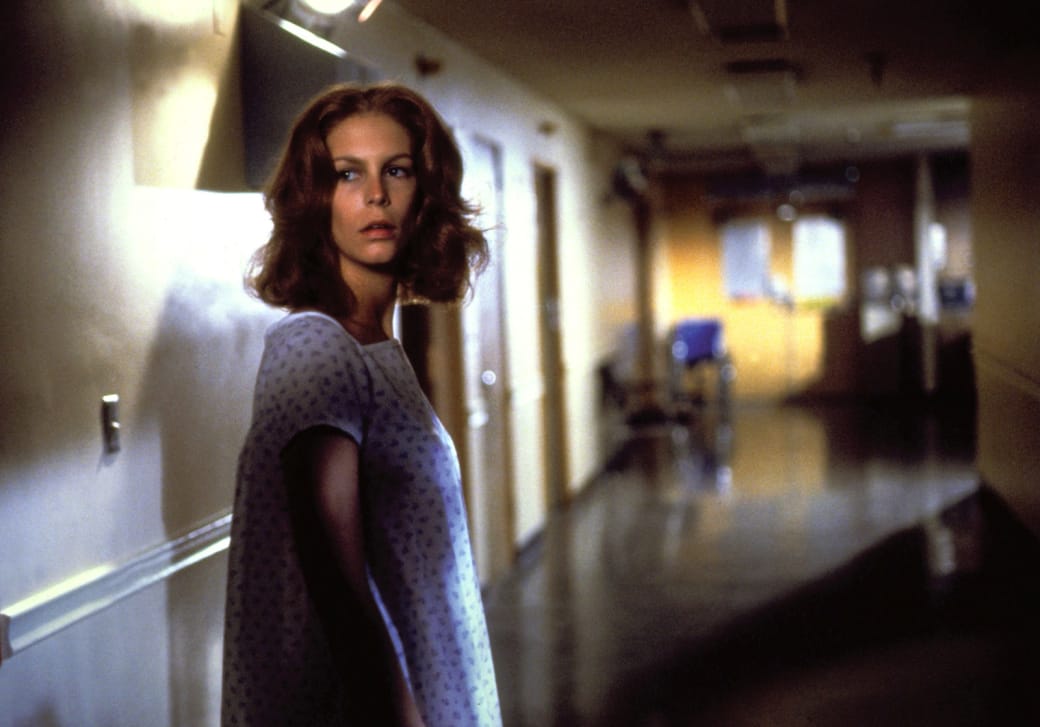 No question about it, Halloween II is a far coarser movie than its predecessor: suspense and claustrophobia have given way to sex and violence while resourceful heroines are in short supply in a dimly-lit hospital populated entirely by idiots.

The added gore was an attempt to compete with Friday The 13th Part 2 (released five months earlier), but if this sequel seems more like a Jason Voorhees movie than a John Carpenter one, that’s not really a bad thing. No career could produce two movies of Halloween’s quality and if you’re going to franchise Michael Myers, then this is the way to do it.

Halloween II was shot by Dean Cundey, who gives the movie the same eerie mood he brought to the original and there are some terrifically creepy scenes, such as when a woman finds Michael’s blood on her chopping block. George Romero’s Night Of The Living Dead is shown playing on TV at one point, but it adds to the atmosphere and doesn’t feel like a clever-clever movie reference.

Small world dept: the Terrorivision song Alice What’s The Matter was inspired by a line of dialogue from this movie. 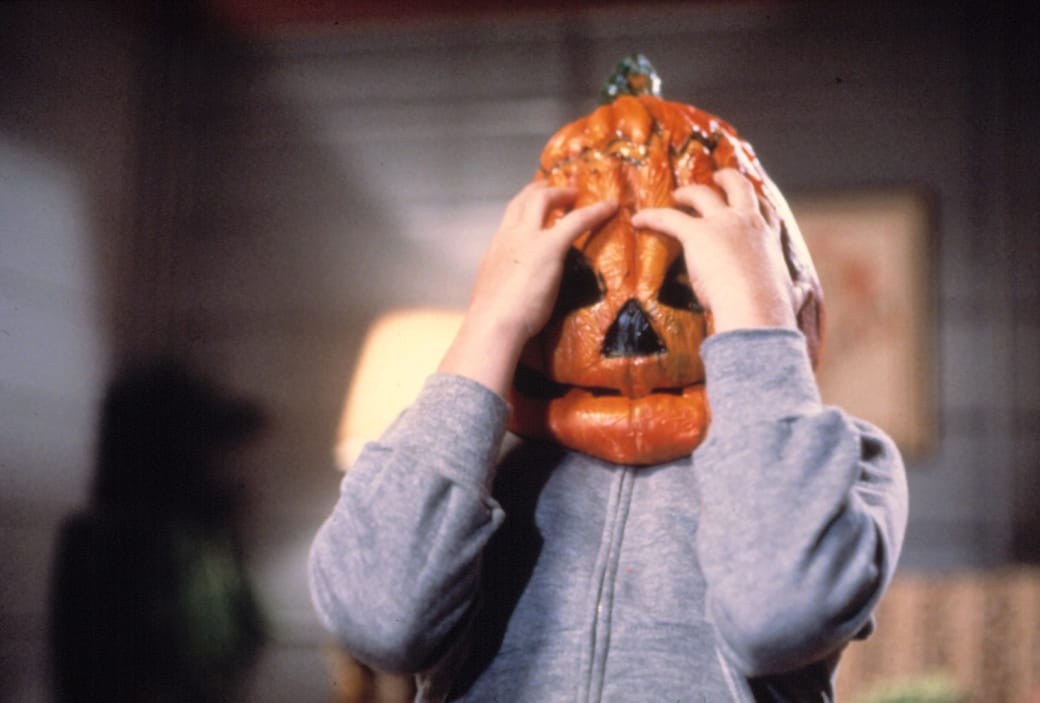 An honest attempt to depart from the Michael Myers formula, Season of the Witch takes place in Santa Mira, the fictional setting for Invasion of the Body Snatchers (1956), which ought to tip off viewers that something sinister is happening.

Sure enough, Conal Cochran (Dan O’Herlihy) is preparing the ultimate Halloween prank – masks containing a slither of a Stonehenge monolith that, when activated by a TV signal, turn the wearer’s head into a writhing pile of insects, worms and snakes. Having watched the commercialization of Samhain, Cochran’s plan will turn the clock back 3000 years to a time when the Celtic gods were appeased with sacrifice.

As on the previous films, Dean Cundey was the Director of Photography, and he gives the film the same eerie mood he also brought to The Fog and The Thing, a look jettisoned by later sequels in favour of cheap shocks.

It wasn’t enough for disappointed fans who, lured by a trailer that made no mention of Myers’s absence, turned their back on the film, resulting in the lowest-grossing entry in the franchise. When The Shape returned to theatres in 1988, it was with an all-new creative team on board.

What little plot Halloween has was supplied by producer Irwin Yablans, who came up with the concept of an escaped homicidal who murders babysitters on Halloween, a setting that would give the movie its title, release date and gimmick advertising strategy. But John Carpenter’s film isn’t about plot; like the Italian giallo films to which it owes a debt, it’s all about the mastery of cinematic technique.

From its opening tracking shot, inspired by Orson Welles Touch Of Evil, Halloween has more on its mind than appealing to the lowest common denominator. The use of Panavision, unusual in a cheap horror movie, made the suburbs, usually the bastion of middle-class security, seem sinister, while every empty space became a potential hiding place for the film’s masked assailant.

Carpenter knows that it’s all a game, so he delays the anticipated shock by revealing nothing when there should be something and orchestrates some terrific knee jerk scares by having his bogeyman emerge from the darkness.

So effective are the film’s shock tactics, in fact, that they caught the attention of directors Robert Zemeckis and Steven Spielberg, for whom cinematographer Dean Cundey would later shoot Back To The Future and Jurassic Park.

Despite its limited budget and shooting schedule (and being shot during a Californian summer), Halloween has a terrifically eerie mood that few other horror pictures can match. The speed of the narrative glosses over all the logic loopholes (despite having been incarcerated since the age of six, Michael Myers has no problem commandeering a car at a moment’s notice) and Carpenter manages to scare his audience without being inordinately nasty. By no means an unsophisticated filmmaker, he exhibits all the taste and judgment that his imitators lack.