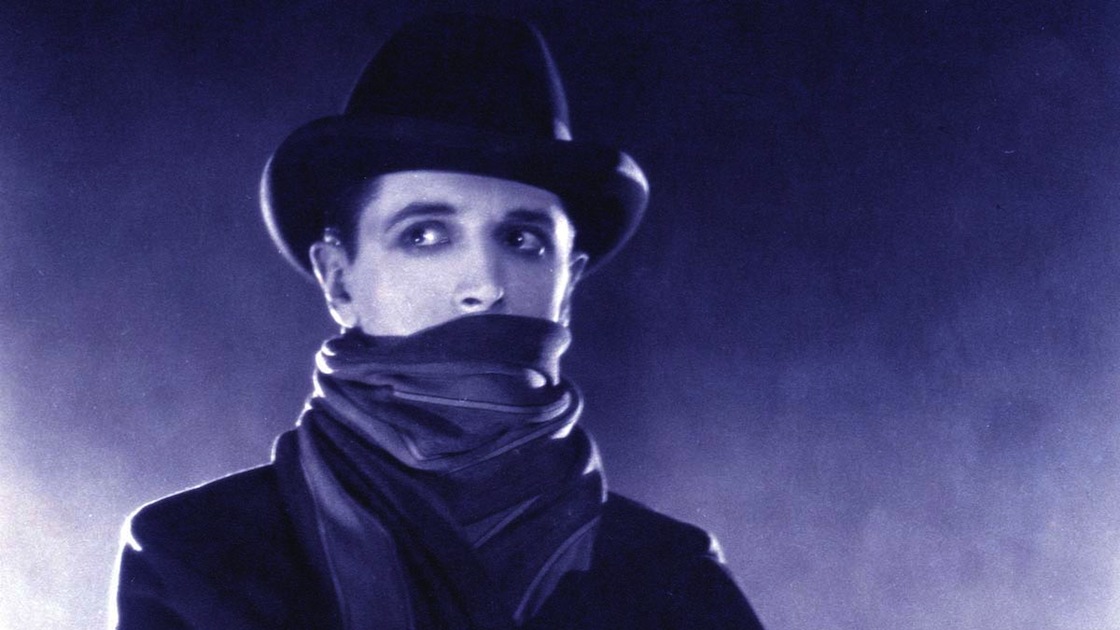 “The silent pictures were the purest form of cinema; the only thing they lacked was the sound of people talking and the noises. But this slight imperfection did not warrant the major changes that sound brought in. In Many of the films now being made, there is very little cinema. They are mostly what I call ‘photographs of people talking.’ When we tell a story in cinema, we should resort to dialogue only when it’s impossible to do otherwise. I always try first to tell a story in the cinematic way, through a succession of shots and bits of film in between… To me, one of the cardinal sins for a scriptwriter, when he runs into some difficulty, is to say ‘We can cover that by a line of dialogue.’ Dialogue should simply be a sound among sounds, just something that comes out of the mouths of people whose eyes tell the story in visual terms.”

In 1921, Alfred Hitchcock began working for the British branch of the Players–Lasky as a title writer. Previous to that the future ‘master of suspense’ had received his formal education with the Jesuits at the St. Ignatius College and was now trying himself within the film industry, looking for his lucky break.

He quickly started to gain experience in other areas as a set designer, script writer and assistant director and when producer Michael Balcon (who had bought the studio in 1924) offered him a contract to work as a director, Hitchcock accepted. He was twenty-five years old.

However, at the time, contrary to what one might think it wasn’t the American film industry that had a world’s preponderance, in fact, prominence belonged to the German film industry – with its greater studio UFA, with their national art movement, German expressionism, and of course, the household of great film directors such as Fritz Lang, F.W. Murnau, Ernst Lubitsch, Robert Wiene, Arnold Fanck or Paul Wegener among others.

And within this context, Michael Balcon reached an agreement with Erich Pommer (head of the UFA) in order to combine resources producing five films for both the studios that would have two versions, one in English and another in German.

Thus, the first two features directed by Alfred Hitchcock where made under this arrangement, shot in Germany were the director was exposed to expressionist ideas which eventually served a great influence in his first films, as well as, throughout his successful career.

With that being stated, there is great value in discovering Hitchcock’s first films and that is why we dubbed them essentials. Because not only they display much of the master’s future themes (for instance the exploration of the innocent man falsely accused of a crime, the voyeuristic instinct, the role of women as sources of danger) and aesthetic (the use of visual elements in order to uncover taboo themes or the plot’s subtext), but also provide us with a glimpse of how this early cinema worked and how it was affected by the period’s morality and exhibition codes. 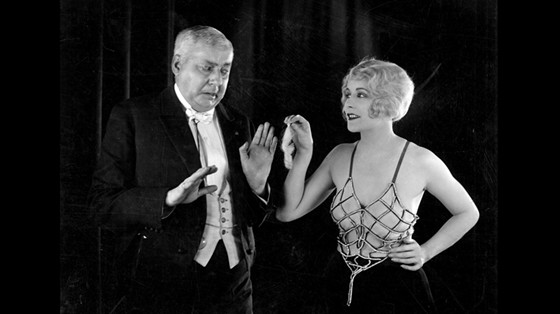 A chorus girl at the Pleasure Garden Theatre named Patsy Brand (Virginia Valli), encounters a country girl and aspiring dancer named Jill Cheyne (Carmelita Geraghty) whom she helps landing a job with the theatre. However, appearances are far from reality and Jill is not the timid girl she appears to be quickly rising within the theatre world as Patsy’s life takes a rapid fall.

In “The Pleasure Garden” there are many hints to the themes Hitchcock would successfully approach in his later films, for instance the voyeuristic quality intrinsic to every human being and this is given to us in the film’s first moments where the men in the audience gaze at the women dancing with great desire. And objects such as monocles or binoculars are highlighted throughout this sequence, as well as, the women’s own behaviour.

In these early films, Hitchcock reveals an interested to explore the woman figure as one conscientious of her power over men, as one that uses her charm to deceive or simply control men (and this might also be used in an honest sort of way).

But in “The Pleasure Garden” one of the film’s dominant traits is precisely how women are seen as this source of sensuality, of moral decadence, of sexual ambiguity and of course as the action’s motor. And near the film’s end there is yet another ‘hitchcockian’ motive – death; And death provoked by a crime: murder. 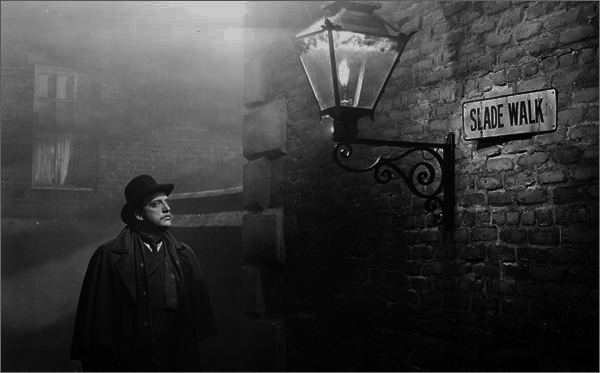 Perhaps the most known of all Hitchcock’s earlier films and dubbed as “the first true Hitchcock film” is “The Lodger: A Story of the London Fog”. A film where a man who is welcomed as a lodger in a London boarding house comes under suspicion of being a serial killer who has been terrorizing Londoners by murdering young women and dumping their bodies around the city.

Why is this film the most known of Hitchcock’s earlier films?
– Because it was the first Hitchcock thriller.
– Care to explain?
– Because it was truly one of the first films in the thriller genre to really build and keep the concepts of frenzy and ambiguity. When watching the film, you can’t help but always feel that the Lodger’s character is somewhat dubious, even though you know he is not the murderer you know that his odd behaviour is a sign that he is certainly hiding something. And that holds you to your chair even more because you want to see your questions answered: What’s going to happen? Who is the murderer? What is the lodger concealing? What if in a way he is really the killer?

It’s not about just being a thriller but about the way it plays with you – its audience. And no one did that better than Alfred Hitchcock.

“The Lodger” introduces one of the director key themes: the wrong man. Or the innocent man falsely accused of something who is hunted down by a group of people that symbolize society and what they think is morality.

However, what makes this film even the more interesting to watch is the German expressionist influences materialized in the use of light following the chiaroscuro patterns, as well as, the camera and the positions/points of views it adopts throughout the film emphasizing the loneliness of the lodger’s figure and the claustrophobic spaces of the fog covered London.

Also, this film marks the first of Hitchcock’s cameos with the director appearing in the newspaper office’s scenes that are showed upon the spreading of the news about a new murder. Hitchcock has his back at the camera and is sitting on a desk talking on the telephone. 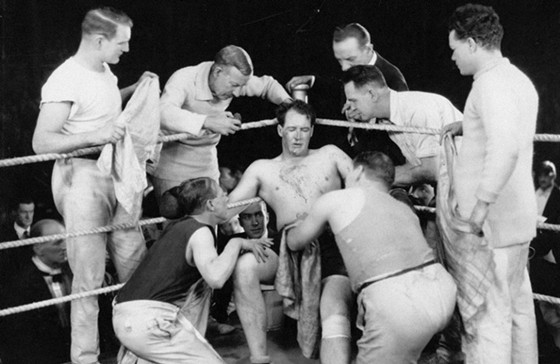 In his fifth feature Hitchcock explored the world of boxing. In this film, The Ring, another love triangle is used to tell the story of a small-time boxer named Jack who is engaged to Nelly, a rebellious young woman, who is also falls under the interest of Bob Corby, also a boxer, but an Australian champion.

The two men clash over the woman and when Bob first defies Jack to a combat, Jack losses but commits himself into training hard and becoming a champion so that he could win the next combat with Bob and along with it his sweetheart Nelly back.

Once more the woman is presented as the source of interest (sexual and also has the story’s motor) and it’s she that presents the lower moral standarts. Being aware of her position in both the men’s hearts and what they would and could do for her. Being this one of the reasons why “The Ring” can be tied to “Downhill” and previous Hitchcock films.

Other reasons include the use Hitchcock does of superimpositions to refer to the character’s inner fantasies, dreams, fears and desires which is also something taken from German expressionism and that Hitchcock maintained throughout his career: the necessity of exploring the character’s psyche. 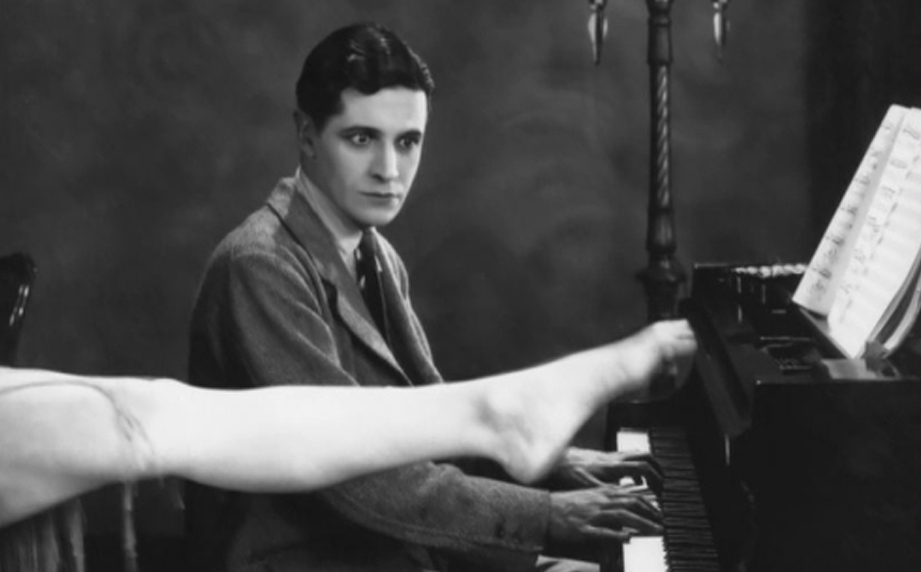 Revolving around a love triangle set against a college background, the second collaboration of Hitchcock with Welsh actor Ivor Novello is “Downhill”, a tale of morality that starts when a young man, named Roddy, is falsely accused of defrauding a young woman from her chastity, which therefore dooms him to rejection from his family and peers, initiating a spiral of events that leads him from a highest place to a lowest in society.

Again, in this film moral and the wrong man theme are dominant and the director paints the lack of morality of the surrounding world starting with the friend that keeps his silence in order to preserve his own well-being, the woman who lies and dooms Roddy to exclusion and more importantly to show us, audience, that the only people who accept Roddy into their home are those with ‘nothing’ to lose, no social prestige or position – sailors in the Marseille port.

Also noteworthy, is the German expressionist influence specifically in the use of shadow and object form to hint at the character’s destiny.