Cult films are a curious yet delightful phenomenon. By textbook definition, a cult film is one that develops an enthusiastic and devoted fanbase over the course of the years following its (usually) financially and/or critically disappointing release.

If you have ever been to a midnight showing of features such as “The Rocky Horror Picture Show”, “Night of The Living Dead”, or “The Big Lebowski”, then you have partaken in the mystifying yet mystical manifestation of that phenomenon.

If you have ever had an all-nighter with friends, howling “You’re tearing me apart, Lisa!” alongside Tommy Wiseau in “The Room”, or staring with gleeful disbelief at the likes of “Birdemic”, “Re-Animator”, and “Troll 2”, then you, friend, are equal parts the reason and result tied to the existence of cult films.

Of all the theories, opinions, and books written on the sub-category of cult films, there is not really a consensus on what exactly it is that drives people to watch them again and again, organize interactive screenings, and even show up in costumes of their favorite characters.

There are, after all, hundreds of awards-ridden and critically acclaimed films that have not created such a legacy throughout the decades. Instead, it is their weird, sometimes grotesque or obscure cryptic little cousins that end up fueling what eventually comes to be part of our cultural identities.

Especially in our contemporary world, movies that have obtained a “cult” status are so often referenced and remembered that they toe the line between “cult” and “pop”. That seems only reasonable; a common characteristic of all cult films is their transgressive and subversive content, whether that includes excessive gore or sexuality in their imagery and themes (Sam Raimi’s “Evil Dead” gems easily come to mind), or their deconstruction of character archetypes and genres (look no further than “Heathers”, the film that essentially took John Hughes-like narratives and straight-up butchered them).

And given that the decade in which we are currently living certainly loves anything post-modern, deconstructionist, or “meta” when it comes to storytelling, it was only inevitable that the films that were once too “outrageous” are now being accepted with open arms.

Another trademark of cult films is that they are not afraid. Not of the critics or of backlash, or how “safe” the themes they explore may be; rather, they don’t cower from the mixing of genres, the overt stylization, or campy aesthetics. Some of them don’t even care and plow on in their deranged vision, and it is the obliviousness of how foul they actually are that makes them so great.

Some even wink at the audience, self-aware and self-deprecating, absolutely basking in their satire, rendering themselves irresistible. Finally, some cult films are not defined strictly by their grotesqueness or obscurity, but by the manner in which they employ those elements to emphasize the darker aspects hidden deep within the human psyche (a good reference point is David Lynch’s surrealist body of work).

In this list, an effort was made to identify films released in 2016 that have the potential to amass a cult following in the distant future. Each was picked for different reasons, and a disclaimer must be made that the writer fully recognizes that, having not seen all of the thousands of films released in 2016, they might have overlooked some that deserved to be on here. Therefore, any and all suggestions and additions are more than welcome. 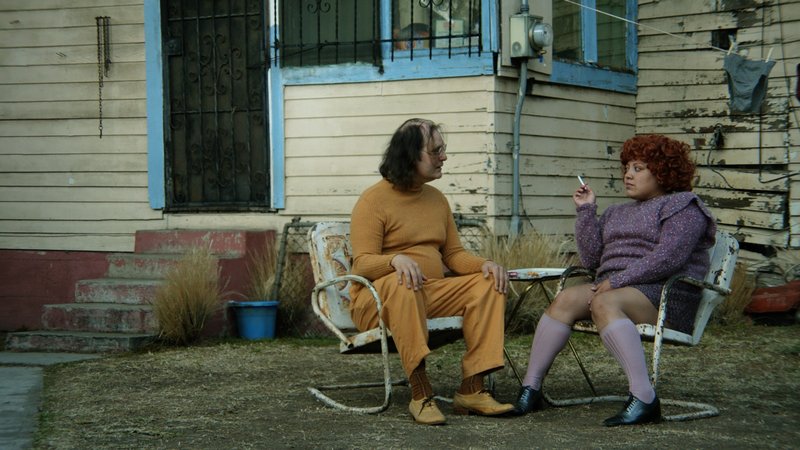 A quirky father and son duo in Los Angeles run the family business of providing “disco tours” in matching neon pink outfits. Their daily peace is disturbed when the son catches the attention of Janet, a pretty and seductive costumer. Thus, a Janet-centered competition begins between father and son, coupled with a string of murders perpetrated by a mysterious killer who, quite literally, covers himself in grease before committing his atrocious deeds.

It must be noted that the above plot summary cannot do an ounce of justice to the sheer ridiculousness that is “The Greasy Strangler”. Filled with deadpan performances, neon colors, funny gore, and absolutely repulsive imagery. This imagery is complete with funny, eye-popping gory special effects, many, many saggy rear ends, and the full frontal (though somewhat impressive) nudity of an elderly male – and this apart from all the grease through the whole thing.

This film is going to stick and ferment to become the cult classic it was meant to be. It has it all; the lines, the pacing, the weirdness, and the gross elements, as well as the audacity to be unashamed in all the above. It’s confident and self-aware, and just plain fun. Quite possibly, in 30 years, midnight theater screenings will be teeming with devoted fans screaming “Bullshit Artist!” at the screen.

Written and directed by feminist filmmaker Anna Biller, “The Love Witch” constitutes her sixth official work, and the one that has received the most attention from critics. Sadly, the distribution of the film outside of film festivals seems a bit tricky at the moment, but one can hope that this wonderful film will become widely available to audiences.

“The Love Witch” is unique in more aspects than one; Biller shot it in 35mm and intentionally gave it a highly-stylized retro look reminiscent of 60’s films, complete with Technicolor effect, thus breathing a campy sort of element into it, apart from the retro nostalgia already present.

But that is not the only special thing about the movie. Biller desired to subvert many of the female archetypes seen on film as well as the role of the female in front of the camera and in the script, without losing a satirical outlook and becoming overly “preachy”.

Thus we are presented with the story of Elaine, a young and beautiful female witch who seduces men via her magic, searching for the perfect mate, often with troublesome results. When she finds said mate, her efforts to make him fall in love with her might lead to her downfall.

The themes of the female perspective and experience in films, the subversion of the tropes, and the levity of the tone, combined with the aesthetics, make for a wonderful, possibly future cult experience.

This is also known as the “Daniel Radcliffe farting corpse movie”, but it’s nothing like it sounds. Sure enough, the plot of the movie revolves around Hank, a man stranded on an island (in yet another excellent performance by Paul Dano), who finds a chance at being rescued after encountering a corpse on the beach, which is propelled forward through the water by its own gasses, created from decomposition.

The premise and sometimes vulgar fart and poop jokes alienated and polarized viewers, leading to many unfavorable reviews. However, the debut feature film from director duo Daniels has a lot of heart, and wears it on its sleeve.

Using the extreme and distasteful bodily functions humor, “Swiss Army Man” doesn’t cut any corners when presenting the viewer with the central metaphor that has to do with bottled up emotions, thoughts, and tendencies, nor does it shy away from exploring the dark and disturbing results this repression might have. It resonates not only with the outcasts in the audience, but with everyone who has chosen to be a member of society and partakes in its strange rituals.

Consequently, it’s highly likely that after some time, once the majority of people have gotten over the initial grossness, “Swiss Army Man” will finally get the recognition it deserves.

Looking at the filmmakers who greatly influenced Nicolas Winding Refn and after a quick look at his body of work, one could dare to claim that his name has started to attain “cult status”. Meaning, no matter what kind of film he makes or how that film is received, it will definitely be controversial and talked about for months to come after its release.

If “Drive” was the peak of Refn’s relationship with the critics and “Only God Forgives” was his lowest, then “The Neon Demon” is the poor middle child; better than the latter yet nowhere near as universal in its appeal than the former.

Starring Elle Fanning as the epitome of innocence ripe for the corruption of the world of showbiz, the film presents a young model’s downward spiral into a world of hallucinations, dark neon-lit clubs, feral sexuality, buckets of blood, and infinite slick and dark beauty.

Months after its Cannes premiere, it continues to spark fierce debates on whether it’s shallow trash with style over substance, or a Lynchian masterpiece, full of critique for the beauty industry and one’s own narcissistic tendencies sporting Refn’s brutal depictions of violence.

The only thing for sure is that it is a mesmerizing film. The final sequence will remain etched in the minds of the viewers and something will continue to nag at them long after the immediate effect has worn off. Perhaps this will lead to a reputation of great proportions amongst art film aficionados and niche filmgoers alike.