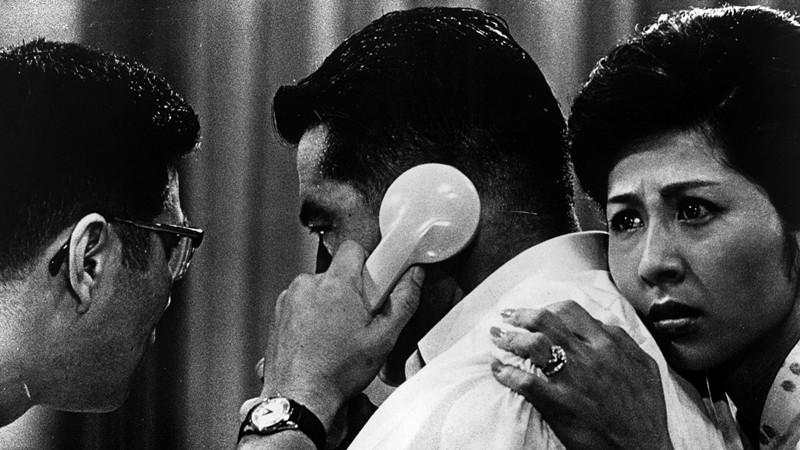 Akira Kurosawa is best known for creating some of the greatest movies to grace the silver screen, his influence and impact on western cinema is undeniable coming in the form of remakes of his original classics. The Magnificent Seven and Star Wars all pay homage to Kurosawa’s earlier films.

Best known for portraying the human condition using the Samurai genre as his canvas, the former painter created a mosaic of compelling characters living through the ups and downs of everyday life which made his work universal to audiences worldwide.

The fact that so many of his films took place during the feudal era of Japan might be the reason many of his fans overlook one of his greatest films. High and Low, released in 1963, is a gritty and suspenseful drama which some film critics claim is the best crime movie ever made.

During Post World War Two, Japan was besieged by an uptick in kidnappings nation wide. Kurosawa became delusion with the Japanese justice system because he felt the perpetrators were receiving lenient sentences for their crimes of abducting innocent people for ransom.

High and Low is based on Ed Mc Bain’s novel King’s Ransom, Kurosawa decided to use this American source as the foundation for a social commentary on modern day Japanese society, the results became an instant but yet forgotten masterpiece.

1. Selflessness vs Self Preservation

One of the brilliant things about High and Low is that the plot puts the viewer face to face with the moral dilemma confronting the main protagonist, because it presents the audience with the question “what would you do?”

Kingo Gongo (Toshiro Mifune) is a wealthy shoe executive planning the corporate take over of the company he’s worked at for over 30 years and on the eve of the biggest business deal of his life, Gongo’s world is turned upside down when he receives a phone call from a kidnapper claiming his son Jun is being held hostage and demands a 30 million yen ransom.

Gongo doesn’t hesitate to pay the money, but when the dust settles, we find out it wasn’t his son that was abducted but his playmate Shinichi which happens to be the son of his chauffeur. Discovering his son is safe, Gongo rescinds his offer to pay the ransom but after some pleading from his wife Gongo struggles with a tough decision. Save the life of the boy and in doing so face financial ruin.

The choice presents the viewer with both an emotional and logical decision. The emotional option is to save the boy’s life yet the logical one is not to pay and save your family from an uncertain future. There are no easy answer because both have merit which leaves the viewer grappling with the decision themselves.

Kurosawa’s solid direction makes the audience contemplate what is the right thing to do, selflessness vs self preservation. Of course thinking abstractly, it would be a no brainer to save the boy’s life, but would you throw away your entire life everything you worked for over 30 years?

Kurosawa keeps the question front and center by keeping the first half of High and Low, which was filmed almost entirely inside Gongo’s living room, the claustrophobic setting keeps the question burning in the audience’s mind and no matter how simple the choice appears to be, you can’t help but sympathize with the notion of not paying, because self preservation of one’s family is just as important as saving a life.

Kurosawa presents the complex morality in a neutral fashion which keeps the question an ongoing debate for the audiences, which not only makes High and Low a great film, but also one you won’t easily forget. 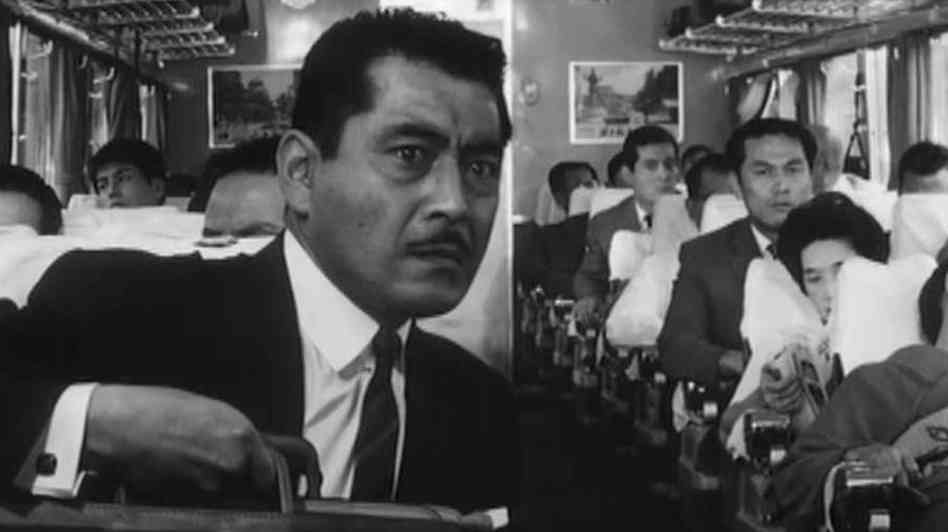 There was a good reason Kurosawa chose to cast Toshiro Mifune in so many of his films. The actor’s craft was extraordinary, he had the type of presence that could carry a film. Kurosawa once said about Mifune that he had the kind of talent he had never before encountered it was astonishing.

The actor’s ability was on full display in High and Low. Mifune’s performance turned this suspenseful crime drama into a subtle tear jerker at times. Mifune plays the lead character of Gongo as a strong willed and proud businessman seemly devoid of any sentimentality a traditional man of his time would have.

For an actor, this character had limitations when it came to expressing a wide range of emotional depth, however, Mifune uses this fact to his advantage, overcoming the challenges and became the heart and soul of the movie.

There are two scenes in the film where Mifune’s talents can bring the most cynical movie goer to tears. When his character refuses to pay the ransom, the police persuades Gongo to play along, trying to deceive the kidnapper by agreeing to his terms buying more time for the child.

When the kidnapper calls Gongo, he agrees to pay and after hanging up, he takes a seat calling the bank of Tokyo requesting 30 million yen to be delivered to his home. He’s not just going to play along risking the life of the child, he’s actually going to pay the ransom, knowing full well of the consequence his life of wealth and privilege will come to an end .

The quiet intensity of Mifune’s performance is done with no fanfare, yet it pulls at the heart string of the viewer. When Gongo is reunited with his chauffeur’s son after paying the ransom, he bolts from the police car, rushing to Shinichi, embracing the boy in his arms as if the kid was his own son. Mifune’s performance adds a certain humanity to his character that single handily gives the film its heart, which makes it an unforgettable movie experience.

The second half of High and Low focuses on the police manhunt for the kidnapper. The officers handling the case are in awe of Gongo’s selflessness and are desperate to retrieve the ransom money and put the kidnapper behind bars.

The identity of the kidnapper is somewhat revealed early on, but that doesn’t take away from any of the suspense as we follow the Detectives chasing after every clue in search of their suspect.

Kurosawa presents the investigation as a puzzle being assembled and when the Kidnapper graduates to becoming a murderer, we watch as the police slowly track their man trying gather enough evidence to arrest him on the murder charge.

Kurosawa is able to ratchet up the tension and keep the suspense going even though we the viewer know the identity of the kidnapper, this shows his brilliance as a storyteller.