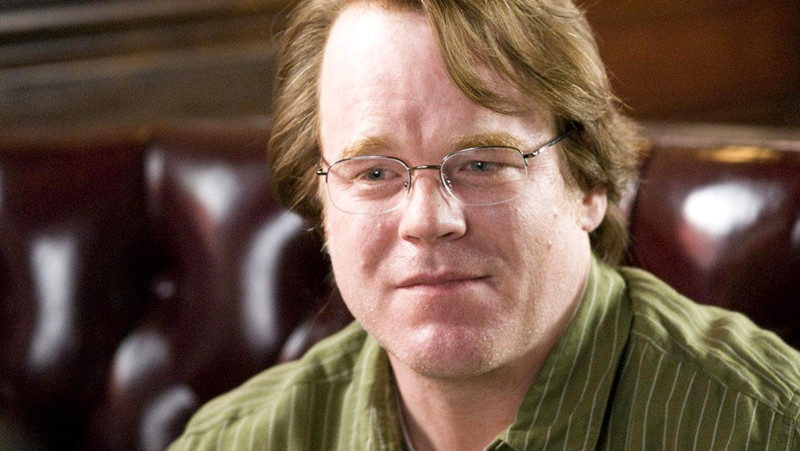 I’ve always considered weird the fact that a lot of people talk about cinema as if it was an entity separated from reality, operating on its own set of rules, foreign to everything else. A good character must have this or that trait, audiences want action above all else, an efficient script needs to have a clear three act division, every frame of a film has to contain intrinsic symbolism that furthers its themes, etc. “Rules” like these have always bothered me because the person who states them assumes that all great films have to be formulaic products, when nothing could be further from the truth.

In my opinion, cinema is the closest humans can get to communicating; not just in a rational way, but in a (for a lack of a better word) spiritual way. Every movie is born out of a series of experiences. Depending on the individual, those experiences can become songs, paintings or plays. However, the filmmaker chose to turn them into a movie. In a way, every movie is “based on a true story,” no matter how fantastical.

Why are most stories structured in three acts? Because that’s how our brains work, that’s how people usually tell a story to their friends: context, development and payoff. No one invented it; it grew naturally from human interactions. Same with character development, dialogue, cinematography or editing. All of these elements come from reality. What makes cinema unique is the way it can truly emulate existence. Not just how something looks, but how it feels to actually experience firsthand what happens to the characters.

Ideas like these had been floating in my brain for years because I wasn’t able to actually verbalize them until I read “Sculpting in Time” by Andrei Tarkovsky. His movies are a testament of his deep understanding of cinema and he’s just as affluent with words as he is with images.

Charlie Kaufman is the modern embodiment of these ideas. In his movie “Adaptation”, a film about a screenwriter named Charlie Kaufman who faces the impossible task of adapting a seemingly plotless book. Kaufman wrote its script based on his own experiences as a screenwriter, so he basically made a script portraying everything that was happening to him directly at the time. There’s a scene particularly “Inception-like” in it.

Kaufman is pacing in his writing room, brainstorming into a pocket recorder. He says: “Fat, bold, Kaufman paces furiously in his bedroom he speaks into his hand-held tape recorder and he says: Charlie Kaufman, fat, bold, repulsive, old, sits in a Hollywood restaurant with Valerie Thomas…” So the real Charlie Kaufman actually made a movie about him trying to write a script for another movie that never came out, giving up, and starting to write his writing process into the script, and fucking included a scene about him outlining the script of the movie we are now watching!

Kaufman then meets scriptwriting guru Robert McKee. The latter screams at him when he proposes a film that sounds much like the movie this list is about “Synecdoche, New York”. He says to McKee: “What if a writer is attempting to create a story where nothing much happens, where people don’t change, they don’t have any epiphanies, they struggle and are frustrated and nothing gets resolved. More a reflection of the real world.”

In “Synecdoche, New York”, Caden Cotard (Phillip Seymour Hoffman) struggles with everything: he fails to save his marriage, his love life is a mess, his play will probably never be completed, and he starts realizing that death may be way closer than he’d thought.

Said play is a carbon copy of the real world, or at least of his world. The protagonist of the play plays him. There’s a character for every one of his loved ones and of every person he has known or even seen. The protagonist is totally obsessed with the idea of recreating his life through art and in trying to do so he embarks on a journey of self-discovery with the hope of finding something truthful.

When it came out, “Synecdoche, New York” flew under everyone’s radar. It wasn’t nominated for anything at the Oscars and didn’t win anything at Cannes. In the past years, people have been paying more attention to it thanks to Roger Ebert naming it the best film of the decade. But even so, it hasn’t come close to the diffusion it deserves. So we decided to help out by pointing out its more essential elements on this list.

The composer used mainly piano and strings. His compositions are so precise and moving that they become another character in the film, as though the songs aimed to express the whole feel of each scene.

At the end, it becomes impossible to think about “Synecdoche, New York” without remembering its glorious soundtrack. In fact, I’m listening to it right now.

In the case of “Synecdoche, New York”, its “ingredients” fit perfectly as a whole from the get-go. The dynamic between the characters is believable in spite of the surreal moments that play all throughout the film.

We have to emphasize Hoffman’s role in the movie’s success. He’s in every scene in a film whose main character is deeply narcissistic, so it was essential to hire someone capable of being in the spotlight 100 percent of the time. His truthful reactions and deliveries carry much of the character development, which is essential for our final understanding of the events portrayed in it.

The rest of the cast is equally fitting for their roles. Catherine Keener completely nails how Adele is seen from Caden’s perspective, and only seems heartless if you’re not willing to see the big picture.

Samantha Morton’s evolution throughout the film is also very impressive; her tacit compatibility with the protagonist serves as the conductive thread of the whole film. Tom Noonan is excellent in his wacky part as he always is. Emily Watson, Jennifer Jason Leigh, Dianne Wiest and Michelle Williams also add to the overall surreal feel of the movie with fitting performances.

A character is born in the moment the actor embodies it. There’s no doubt that every actor in “Synecdoche, New York” really lived up to the amazing script behind it all.

5. A Masterclass on Character Development 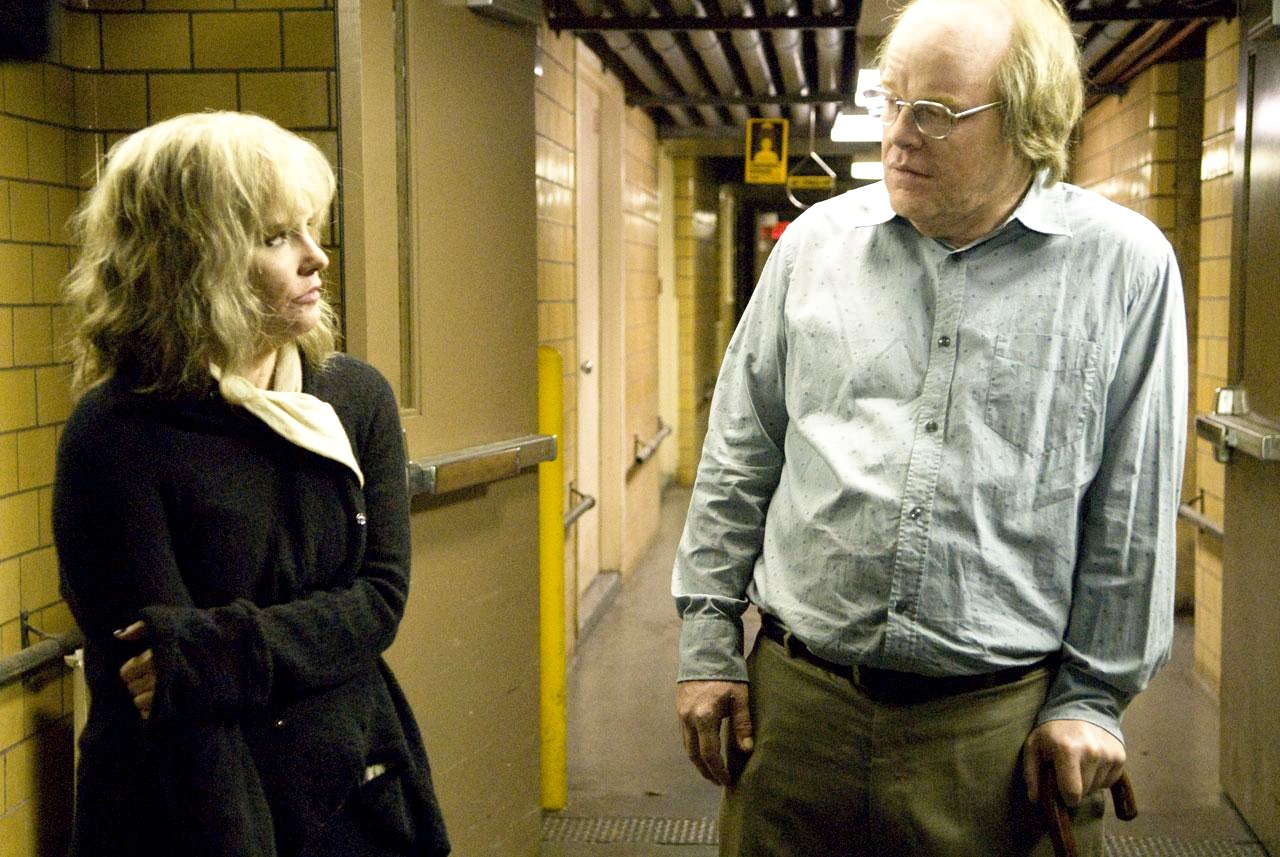 Every aspect of the film is designed to give away bits of Caden’s personality. He pays attention to specific stories in the newspaper, mostly obituaries or deaths of celebrities. The days pass seamlessly as we see in the first kitchen scene: the newspaper reads a specific date, then Caden checks the milk in the refrigerator and says it’s expired, the carton displaying a much later date. The radio host then announces an even later date in his broadcast. Caden’s life has become an endless routine and his angst toward death is starting to really bother him.

The protagonist also sees himself everywhere. Commercials, TV shows, advertisements; books seem to be written specifically for him. His narcissism becomes apparent with each new scene.

Kaufman quickly establishes what really matters to him: his art, his daughters Olive and Hazel, the woman he loves (in that order). He struggles to care for the three at once and tragically relives his failures through his massive play.

“Synecdoche, New York” is much like the play its main character is producing. We see through the eyes of Caden Cotard. Every image is filtered by his particular perception; every character is a projection only he knows.

At the end he understands that every one of the characters in his play have their own story: “Nobody is an extra.” This overwhelms him as he previously behaved as though he was the only real person alive.

Nothing in the film feels expository. The character is developed naturally by his actions, reactions and interactions like only a truly outstanding writer could accomplish.