What makes watching movies so fascinating? Have you ever walked out of the cinema feeling unsure of where you are and which part of the day you’re going through? A few seconds after the beginning of a movie, you often find yourself sucked into another world, one that’s not here nor there. You are mentally travelling in a space or place you can’t identify. This metaphysic experience of cinema consists of several elements and in order for it to be successful, at least some of them need to be studied thoroughly.

It’s common for directors to set the focus on one aspect more than another. Today we’ll be looking at a few films where the focus has been set on the characters. That doesn’t mean other aspects of the films have been left neglected. In some of the cases, this one part has somehow overshadowed the rest. In others, they seem to work together in order to make a greater whole. The following list gives some more details on the subject through 10 examples.

Taxidermia is set in three time periods, includes three generations and consists of three main characters. In all of the stories presented, the experience seems to adequately depict the reality of a Hungarian family. György Pálfi offers a very convincing and intriguing imagery through his excellent characters. Amongst them, an orderly of the Second World War who is obsessed with his constantly erect penis, an obese competitive eater and an ambitious taxidermist.

A movie that is very bravely showing humans being overtaken by their passions. The images are daring, confident and often humorous. Even though Pálfi seems to really like close ups, he does not hide what won’t fit in his frame. On the contrary, he adds shots to show even the most uncomfortable details. The best example would be the especially disturbing ending. Taxidermia, in its dramatic totality, unravels the distress of the Balatony family whose members are undeniably this films’ essence.

In 1974, after being struck by multiple tornados, the city of Xenia in Ohio suffered a great damage with over thirty people dead during the storm and a lot more injured. The entire town was practically destroyed and the incident was filed as the worst outbreak of tornadoes of that century. Two decades later a society has been rebuilt on debris.

Through Gummo, we step into the private life of different characters of this society. In a low-class environment, where violence, racism and homophobia are in control, teenagers murder cats for money, children use guns as toys, and young girls narrate of being abused.

Harmony Korine offers an authentic experience and he allows us to receive it as actual but invisible witnesses. Throughout Gummo, there are often doubts on whether we’re viewing a documentation or a scripted film. Found footage is in fact included, while not all faces appearing on screen are professional actors. Even though the rest of the picture is, in fact, scripted, it is as convincing as real life. The plot is devoted to its genuine characters and it’s a voyage through their lives. 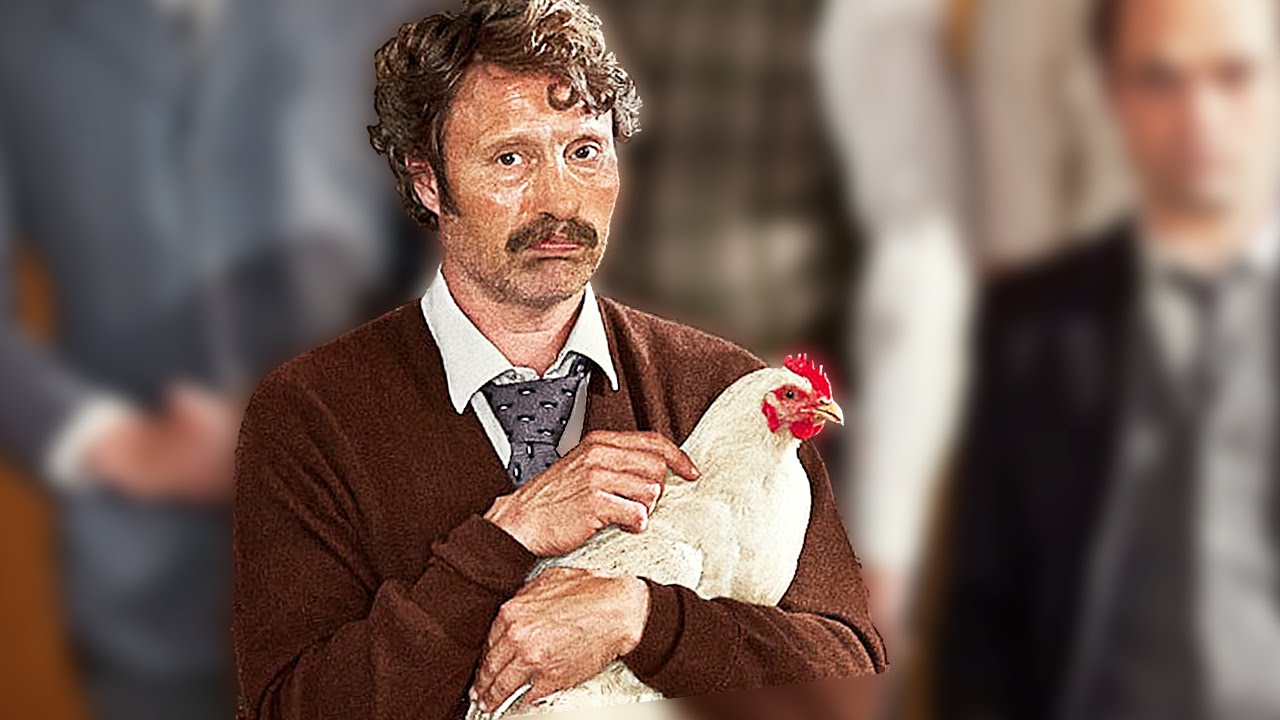 As soon as the two reach their destination (an underpopulated island of Denmark), they realise this journey will be less conventional than they thought. The plot presents three more brothers, all sharing the harelip feature. The five children of Thanatos (=death) manage to somehow go along, after a very violent first encounter. Gabriel is struggling to meet his father which seems like an impossible task since he is ill and therefore secluded in his room.

In his struggle to find answers, he soon realises his new family is not only completely uneducated but they also are social misfits. Elias, on the other hand, finds some kind of peace in this house where sexual intercourse with chickens, shared beds and fighting each other with stuffed animals are norms.

Even though the funny and sometimes shocking plot becomes very capturing and suspense starts to build up, ‘Men and Chicken’ provides a very successful character selection. The captivating nature of all the five brothers and their detailed personality traits work as the foundation for a very interesting film. It’s a movie that stands out since the beginning and rewards the viewer’s agony as soon as it ends.

Holy Motors is a film that calls the viewer to follow its luring clues in order to get one step closer to interpretation. What’s interesting is that it introduces a total of 12 characters all performed by actor Denis Lavant. While the story is building up, diverse roles unfold one after another and they let us sink into Carax’s puzzling reality.

The spectator witnesses the day of Mr Oscar, a professional actor who is attending one appointment after the other and never ends up going home to his private life. Every part of his day is an act and that brings up a very distinct question on what Oscar’s reality is and if it even exists at all.

The perplexity and surreal nature of this motion picture are definitely a result of the various and enigmatic personalities portrayed. The protagonist who is a beggar, a murderer, and a victim; a banker, a father and a dying uncle, is, in fact, one of the most exciting elements of this film.

The way Pink Flamingos became one of the most shocking cinematic experience of its time was definitely not the plot, which could be even described as stereotypical. Yet stereotypical is the last adjective one could appoint to this film, and this is due to its incredibly diverse characters and their behaviour. Confident and bold, they live in a set of their own rules.

John Waters draws the viewer’s attention since the very first seconds and definitely manages to hold it till the very end. Starting with Divine’s outspoken, powerful personality, Waters proceeds to introduce Edie, her mentally ill mother who sits in a baby’s crib and is obsessed with eggs. He soon moves on to Connie Marble, the jealous, cold-hearted enemy whose life projects include sabotaging Divine from her recent denouncement as ‘the filthiest person alive’.

The three characters mentioned above are just a small example and not even half of the totality of this film’s intense personas.
In 1972, some theatres gave bags to their clients in case they would want to vomit. The film was described as disgusting and sickening but also funny and fabulous. And this is exactly what it is, a twisty road that takes you from one emotion to another. Waters creates surrealism through a situation that is actually depicting reality and he calls his characters life affirming.

439
SHARES
FacebookTwitterSubscribe
Subscribe via Email or RSS Feed
Pages: 1 2
Comments (11)
Movies Where The Characters Are More Interesting Than The Plot