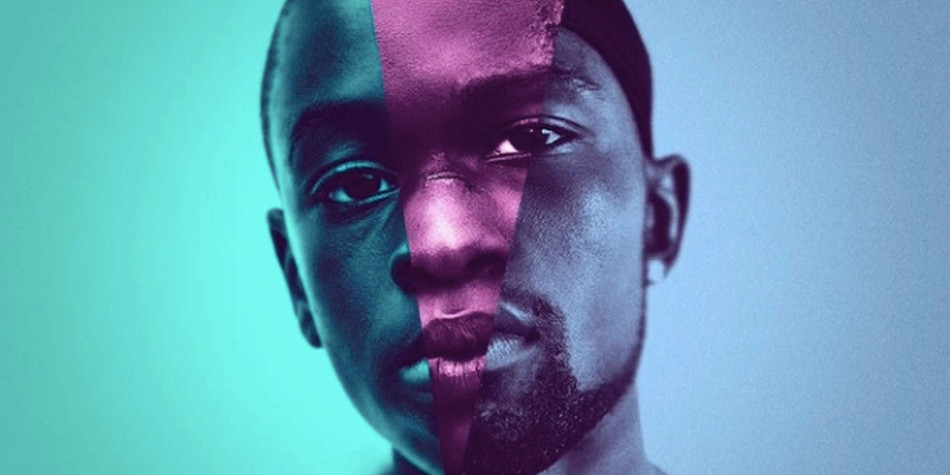 Like many cynical cineasts, I have a rather conflicting relationship with the Oscars. On the one hand, it can be nice seeing your favorite filmmaker win, and if you have an innate fascination with the Hollywood establishment to begin with, it’s essential viewing. But on the other hand, you know none of it really matters. If your particular choice wins, it’s not some sort of universal victory. You know the judges don’t just have aesthetic reasons in mind.

Reasons could be made out of respect to the sociopolitical climate – a film with a more socially progressive message will get people talking, make the liberal populace swoon with pride, and make the conservative populace bitch and moan. Other times they are swayed by the rigorous campaigns conducted by the nominees or their publicists. Sometimes they just feel like they owe it to someone – okay, Leo, here’s your damn statue!

Notwithstanding that most of these choices all pertain to the Hollywood elites and more subversive, smaller pictures are ignored. The fact that both political and business reasons factor into their choices, and yet all these grossly overpaid humans get on stage and play along, can make it unbearably phony at times. And the fact that people care so much and even politicize it, giving it so much importance – as if the Hollywood culture reflects the culture of regular people – seems ridiculous to me.

However, there are unforgettable moments, ones that even brought comfort in the darkest of times. I remember crying after Billy Crystal’s heartfelt tribute to Robin Williams, whose suicide shocked the world. You can see the sadness in Billy’s eyes as he mourns his close friend, but he handled the monologue with beautiful grace. It was something many of us really needed after having lost such a dear performer in such a tragic way.

But let’s be honest – we love it when something goes wrong, especially when they go terribly, terribly wrong. This year we had one helluva delicious fuck up, a sweet dessert after a rather tedious meal. Warren Beatty’s confused look at reading the card revealing Oscar winner for Best Picture, looking back into the envelope to see if there was another card. The chaos that ensued when they became aware that something went wrong – notice the people running the background. Jimmy Kimmel saving the moment – “Warren, what did you do?!” The fake smiles and embarrassed glares of several Hollywood players as they clapped for the real winner.

Despite this beautiful cringeworthy moment, the victory for “Moonlight” was absolutely deserved, and it was wonderful to see the statue being given to the rightful film. It had already been rumored to be in competition with “La La Land”, which was an Oscar darling at first, having received a record (and excessive) 14 nominations. Everyone seemed to love it, and what’s not to love? It featured two extremely attractive people who are decent singers (well, Gosling is debatable, I guess), but the music is beautiful and the world around them is dreamlike. It was too damn charming to dismiss.

But suddenly, an interesting backlash started to happen. People critiqued the film for being a hollow Hollywood affair, and even for being too white. “Moonlight” was the exact opposite; it had a mostly black cast, a slow pace, a peculiar structure, and no singing and dancing. It was filled with existential dread in a world far away from any Hollywood glamor. It was a intimate and deeply personal film, something you rarely see amongst the Oscar roster.

Whether or not the Oscars are meaningless, it felt like a victory from the painstakingly obvious choice that was “La La Land”. Whether or not there was a politically-charged motive for its victory, it doesn’t matter. Sometimes a bit of political correctness is just what we need. “Moonlight” is a beautiful piece of art that deserves to be remembered over the razzle and dazzle of “La La Land”. In this list, I wanted to focus on both the aesthetic and cultural reasons of why “Moonlight” is the better film. 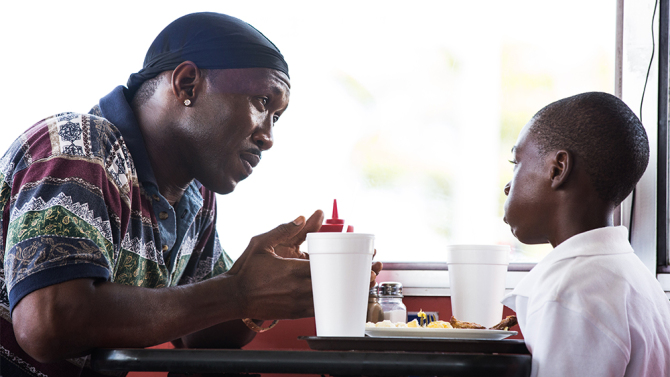 The journey the two main characters take in “La La Land” is extremely predictable. You know these two gorgeous dreamers will fall in love and will sing and dance about it. You know that they will be conflicted in choosing between their career or romantic aspirations near the much dreaded third act. It’s only in the ending that the film takes an unconventional route, where its dreamlike romanticism gets a bittersweet dose of reality – sometimes, no matter how much you love each other, things just don’t work out.

Despite its good intentions, the third act feels rather forced. You know it has to happen, but when it does, you can’t help but roll your eyes. A third act needs to be organic to the plot, or else, especially if you have seen as many films as I have, it becomes a tedious affair. The eventual escalation starts after Mia’s failed play. Sebastian couldn’t be there because, apparently, he forgot there was a photoshoot with his band that very night.

Questions come to mind: ”How could he have forgotten this?” or ”Why didn’t he just call?” or ”Couldn’t he just have asked John Legend for some time off?” When he finally gets there (conveniently, the moment after she’s done with the play), she’s says it’s not working and decides to go back to her parents place – and just like that, the relationship is seemingly over.

Naturally, something comes along that prompts him to return to her, but at this point, you can’t help but care less since these characters seem horribly self-involved. While the ending makes up for much, it’s still a large stain in the film’s overall narrative.

“Moonlight” is a very different animal. It’s structured into three parts, focusing on one particular character during three moments of his life – in childhood, in adolescence, and finally, in adulthood. Each of these three parts are wonderful short films on their own, but together comprise a beautiful whole film.

One could call the violent escalation in the second chapter a supposed third act – though this is debatable – but it doesn’t feel forced at all. You understand the character and why he does what he does, and it doesn’t feel as though the script desperately needed something dramatic to happen. 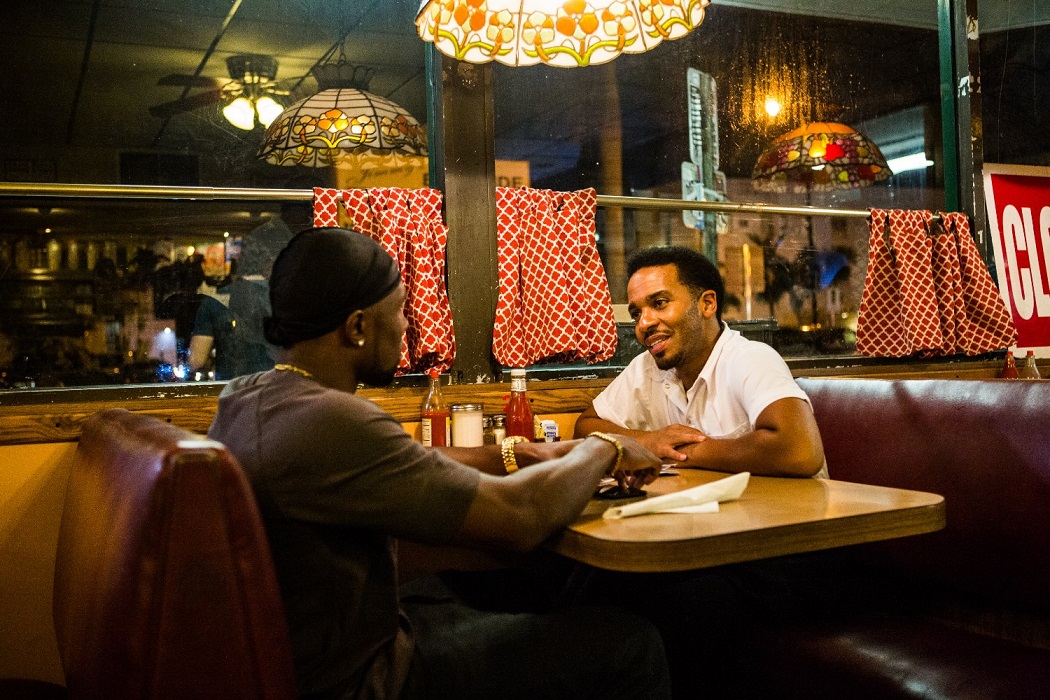 “La La Land” stars both Emma Stone and Ryan Gosling, two of Hollywood’s hottest properties. One is a struggling jazz musician, the other a struggling actress. They both look beautiful – Gosling seems to have an abundance of perfectly tailored suits – and both look like everything regular folk want to be. The background dancers look like perfect human specimens as well.

In retrospect, it might be an unfair comparison. One is a glitzy musical, the other a drama set in the ghettos of Miami. But in “La La Land”, the characters are not supposed to look like real people; in fact, one might even say these perfect looking specimens only strengthen the film’s magical realism.

However, for me, it’s hard to care for their plight; not just because they don’t look like real people, but they don’t feel like real people either. The screenplay gives them little depth or characterization. They are the charming Emma Stone and Ryan Gosling on overdrive. If they have any imperfections, it’s the Hollywood kind; being content with his musical gig instead of struggling to play the bills, or being late for her play because he was busy with his ‘job’ – oh, you monster!

“Moonlight” is different. All the characters look like they’ve actually lived on the streets of Liberty City, Miami. None of them have that Hollywood makeover. Perhaps it’s because Barry Jenkins (director and screenwriter) and Tarell Alvin McCraney (who wrote the original unpublished screenplay) both grew up in these streets and could give the characters this kind of authenticity.

5. The characters are much more complex

As stated above, in “Moonlight”, the characters look and feel like real people. Not so much in “La La Land”, where the two main characters, despite giving two great performances, are just not interesting.

The single difference might be that Sebastian is a bit more ‘pretentious’, since he’s frustrated that modern culture cannot seem to appreciate the artistry of jazz. Mia is a hopeless dreamer and well… there’s not much more than that. As stated before, the characters completely rely on the charms of their performers, and they do such a great job that most will probably not even care.

Yet compared to the cast of characters in “Moonlight”, “La La Land” seems hopelessly hollow. In “Moonlight”, we understand why the main character does what he does. We follow him in his childhood, with his addicted and emotionally abusive mother. We understand why he withdraws himself from the world around him.

We understand why he hides behind a gangster persona through adulthood – and not just because we see everything, but because we see just enough. The brilliance of “Moonlight” is that, despite it being based on an unpublished play, the film brilliantly combines more dialogue-based scenes with the visual medium than is required in cinema; it’s all ‘show’ with just enough ‘tell.’

Even the supporting characters in “Moonlight” are given incredible complexity, even with their limited screen presence. Mahershala Ali (who won an Oscar for his performance) struggles with being a dealer and a father figure to young Chiron; effortlessly, he switches from an empathetic father figure to a man of the streets.

One part you hates Chiron’s drug-addicted mother, but you can also see the guilt and shame behind her eyes. All of these characters seem to come with their idiosyncratic baggage, just like the people we encounter in real life.