4. It gives voice to a rarely heard minority

The accusations that “La La Land” is specifically made for white people is a little unfair. On the surface, it does like an all-white movie. I mean, you can’t get whiter than Emma Stone and Ryan Gosling, can you? Some people groaned during the scene when Gosling was mansplaining jazz to Emma Stone, especially since it’s a black art form. But in all honesty, these are cheap shots.

Yes, “La La Land” is Hollywood fluff, but it could easily be enjoyed by people of every color. “Moonlight” has a predominantly black cast and is inherently about the black experience, but its themes, similar to “La La Land”, are universal. “La La Land” is about chasing that seemingly impossible dream, and most basic theme of “Moonlight” is about self-discovery and growing to accept you who you are.

Yet the black experience of being gay in a hyper-masculine world is a rarely told story. Most popular films involving the struggle of gay men are predominantly white, and though certainly important, one could only imagine the hope this film represented for this small minority who live with such a burden. Seeing it extend to being more than just an indie film, with it winning an Oscar for Best Picture and receiving mainstream acclaim, is a special victory.

This does not mean that it should have won just on these grounds, but apart it from being a better film, this added layer gives the film so much more importance – and I’m sure people who look like Emma Stone and Ryan Gosling will be just fine!

3. It’s a victory for the little guy 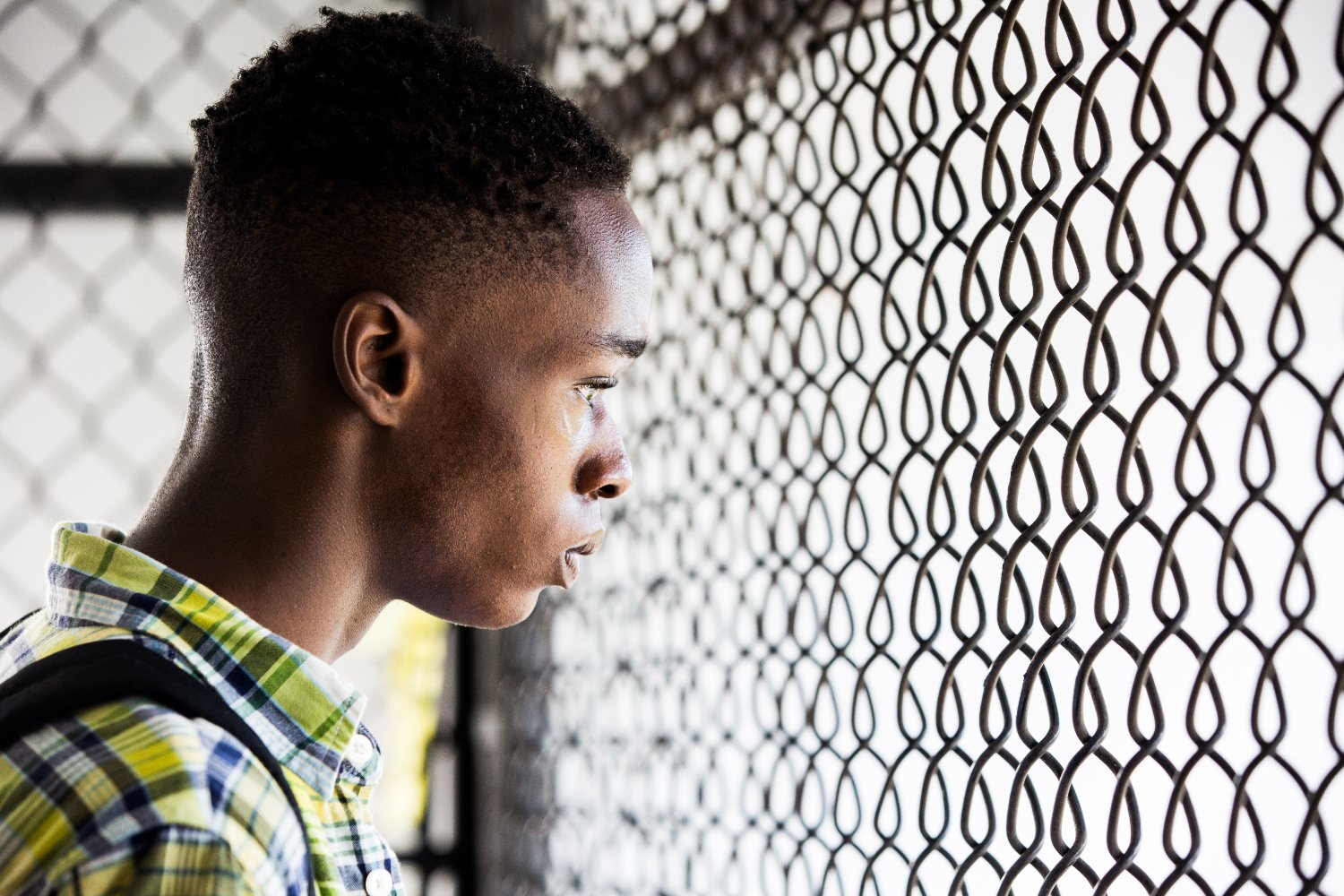 Despite a relatively modest budget, “La La Land” still cost five to six times more than “Moonlight”, which cost around five million dollars. Most of the money probably went to its two main leads, but the scope of “La La Land” is grander as well.

“La La Land” has a few memorable musical set pieces while “Moonlight” is all about people talking. So then, it isn’t surprising that the initial concept of “Moonlight” began as a play. Naturally, “La La Land” could become a spectacular stage musical, and it wouldn’t surprise me that we will see it become one in the near future.

On paper, “Moonlight” certainly didn’t look like a high-investment priority. A “coming-of-age” drama spanning three decades about a young, poor black man in Miami? Yeah, let me think about that. What? A romantic-musical directed by the Oscar-nominated director of “Whiplash” starring two of the hottest stars in Hollywood? Let me get my checkbook!”

“La La Land”, for all its charm, is an establishment film, while “Moonlight” is one of those small movies that slipped through the cracks and received mainstream acclaim. The actors involved did not make the film to receive a hefty paycheck – they made the film because it had a beautiful script.

Even if you are like me and are very cynical about the Oscars, you can’t help but cheer because of Jenkins’ acceptance speech: ”Very clearly, even in my dreams this could not be true, but to hell with dreams! I’m done with it because this is true.”

2. A much more genuine portrayal of love

Both films are essentially love stories. “La La Land” is more traditionally so, but the ending breaks the tradition of the couple living happily ever after. The two characters were not meant to be together, despite all the signs of Hollywood convention. They were just there in that tiny part of their lives, one of the most important moments of their lives, inspiring each other and being essential motivators to the lives they were destined to have. Even the greatest cynic can’t help but feel something when they look at each other in the end, just before we saw a montage of the life they could have had if everything had gone right.

This is the most powerful moment of the film, because it is true to life. Often enough we ponder that bittersweet question – what if? Through outward or inward circumstances, or the neurotic manifestations of our character, we push someone dear to us away from our lives, and you know that it’s impossible to do all over again. It’s just not the way the world works. It’s a beautiful moment and if it wasn’t in there, the film might have been just another quickly forgotten, charming but typical Hollywood musical.

Even with this in mind, the love story in “Moonlight” is still much more interesting. The fact that these characters feel like real people obviously has a lot to do with it. The consequence that led to the downfall of the romance between the characters in “La La Land” was, as stated above, forced and tedious. He decides he can’t be with her since she’s going to shoot a film in France, because she needs to go ”all the way.”

In other words, her career stands above love, and why he couldn’t just wait for her? It would have been a long time, but since he had enough money, he could have easily visited her from time to time. In all honesty, it seemed like it could have worked out if only they tried a little harder. Even if the ending is beautifully done, the hollow characters reminds you of how much powerful it could have been if these characters seemed even remotely realistic.

In “Moonlight”, we have a main character that hides himself from the rest of the world, having been bullied and beaten both physically and emotionally, and eventually betrayed by his first love. The shy boy morphs into a gangster because it’s the only way he could protect himself. If the world cannot tolerate the real you, you must become someone else. But if you can’t be yourself, you are stuck in a world where it seems increasingly difficult to find someone that can love you for who you really are. When this first love offers reconciliation, the gangster turns back into that shy boy again.

Slowly through their meeting, he becomes his real self again. He eventually confesses that he has never been intimate with anyone aside from him. This heartbreaking revelation shows the damage of his betrayal, his mother’s abuse, and his life of hiding from others. People like this do exist in our world, people who’ve never or barely had a place to be themselves. People who’ve had to go to places – to school, to work, even to prison – and know they are surrounded by people who don’t like them, and even want to actively hurt them.

Many times these people end up in emotionally abusive relationships, and seldom do they find the kind of love they need. We don’t know if it will last for Chiron at the end of “Moonlight”, but we all hope it will.

1. It says so much more about the human condition 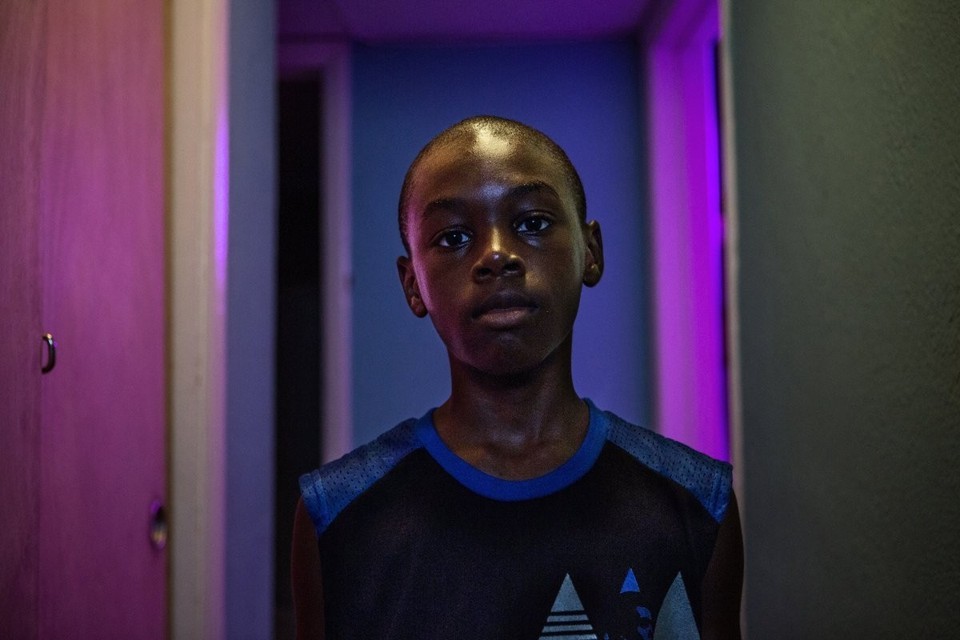 Finally, “Moonlight” has much more to say about the human condition. “La La Land” is all about dreams, but “Moonlight” is about how brutal reality can be. It’s about how the world isn’t going to coddle you, that sometimes you are all by yourself.

You can see how important it can be when strangers take an interest in you, just like what happened with little Chiron. How important it is be noticed even if you want to remain invisible. “La La Land” might be about ‘the fools who dream,’ but in the world of “Moonlight”, you can’t afford to dream. Those dreams will only hurt you.   And I’m glad that Barry Jenkins’ dream came true.

Author Bio: Chris van Dijk is a writer and self-proclaimed cinematic-connoisseur who started his unhealthy obsession with film at a very young age. He’s famous for being an incredible slob, taking himself way too seriously and getting along brilliantly with anyone who agrees with him. If you are interested in his writing you can follow his weekly blog at https://welcometothehumanrace.wordpress.com/. If you are interested in his obnoxious tweets you can follow his account at https://twitter.com/stubbornwaves.