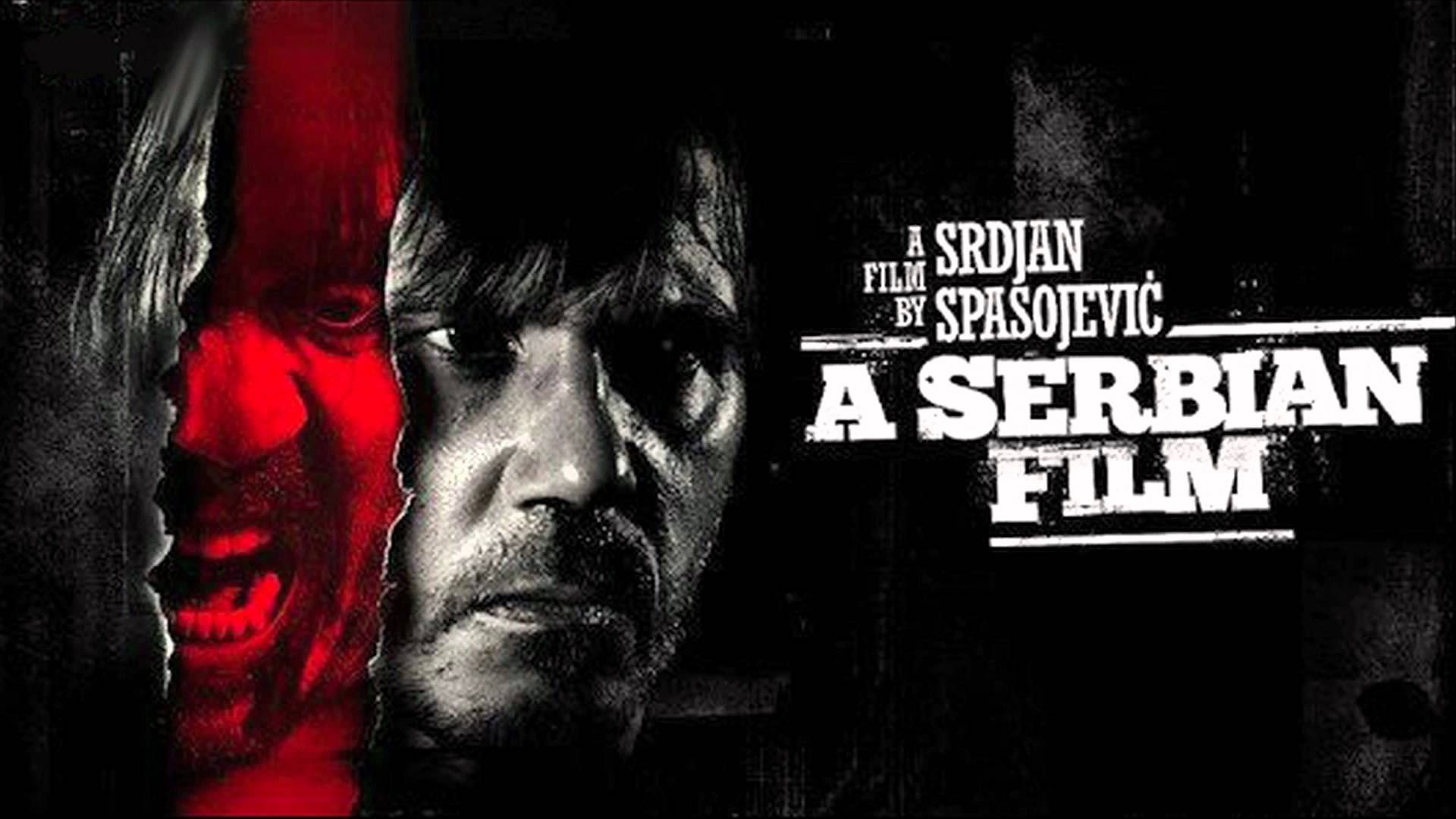 Dubbed one the most disgusting movies of all times on numerous occasions, it’s really easy to just assume that “A Serbian Film” has no value other than shock value and it’s just placed in the movie industry for horror and gore enthusiasts. People who watched the movie or have heard of it are immediately turned off by its gore scenes and images.

Its similarity with “Salo” or “120 Days of Sodom” is familiar and uses the same principle, but the art and aesthetics, and also the way it represents the time and events of Serbia after the Yugoslav wars, is unique. It tells the story in its own original way. Most people are put off by its explicit scenes, but if we give it a different kind of perspective other than just being repulsed, we can truly see its art.

1. The symbolism of the characters 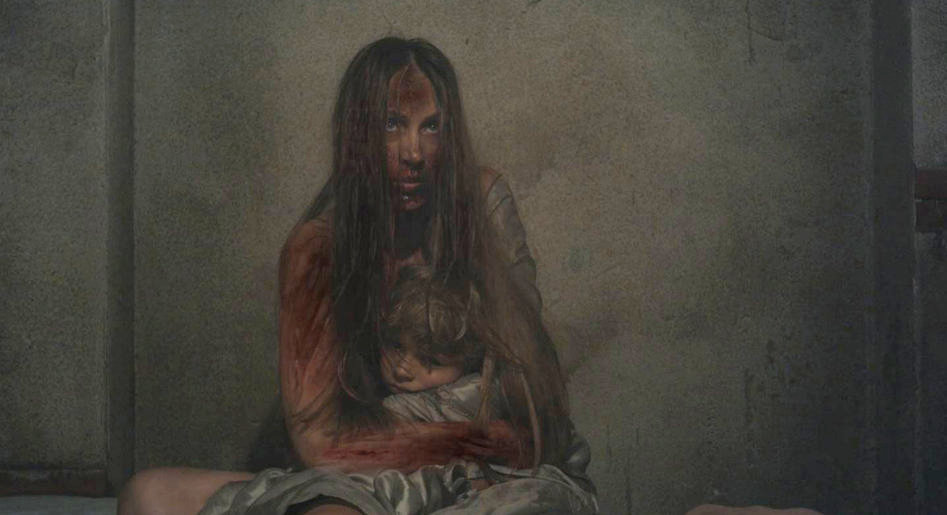 The gore images we saw and the scenes that disturbed us the most aren’t placed there just for the shock value. The director and writer of the movie wanted to make a statement about Serbs, their politics, and their livelihood after the Yugoslav Wars in the 90s.

It was a devastating time for the country, a time ruled by vicious and cruel politicians. They are represented by the man in suit who simply watches from a distance and has little movie time, just like in real life. We may think we get the bigger picture in politics, but there are so many things going on behind than what is served to us.

Their actions are carried out by a man with a vision who wants to make an art film that includes violence and degradation toward women and children. This character is also a psychologist, and as a psychologist he doesn’t have the core moral values and is fascinated by violence, incest, murder and animal instincts. He is helped by two guys wearing police uniforms and those uniforms are supposed to serve and protect the people, and not take part in the horrors that are bestowed on the women and children.

More importantly, the role of the mother is devalued and women are seen as whores. A woman is thought to have betrayed her husband, who was a war veteran, and because of that, she is seen as a widow, and is not considered to have a major and vital role in the family. It shows us that women are still seen through the lenses of conservatism and in general are seen as objects. Milos’s friend and coworker doesn’t even have a chance at not being objectified.

In a way, she has accepted the fact that she will be seen as an object, so she might as well go at it and make a profit from it. The daughter of the war veteran and dead mother doesn’t even have the potential for a good future. She is thought to be cursed from the womb, showing us the lack of hope placed on the Serbian youth, who are cursed and damned from birth.

Another female role we have is the doctor who uses medicine to help turn the main character into something savage and inhumane. In this film, professions with a purpose to help people are corrupt and are used to strip them of their dignity and rationality in the most unethical ways.

After the Yugoslav Wars, the former countries in this union are disoriented and lost. What seemed to be a strong union that strongly pushed the values of socialism and communism is suddenly in a vacuum and has to decide their identity and moral values.

The characters incorporated in the movie also represent the corruptness of the system in the most rotten way. The orphanage as an institute, and the grandmother who encourages Milos to have his way with her granddaughter (a daughter of a war veteran), showcases the lack of care and neglect that is placed on Serbian youth. 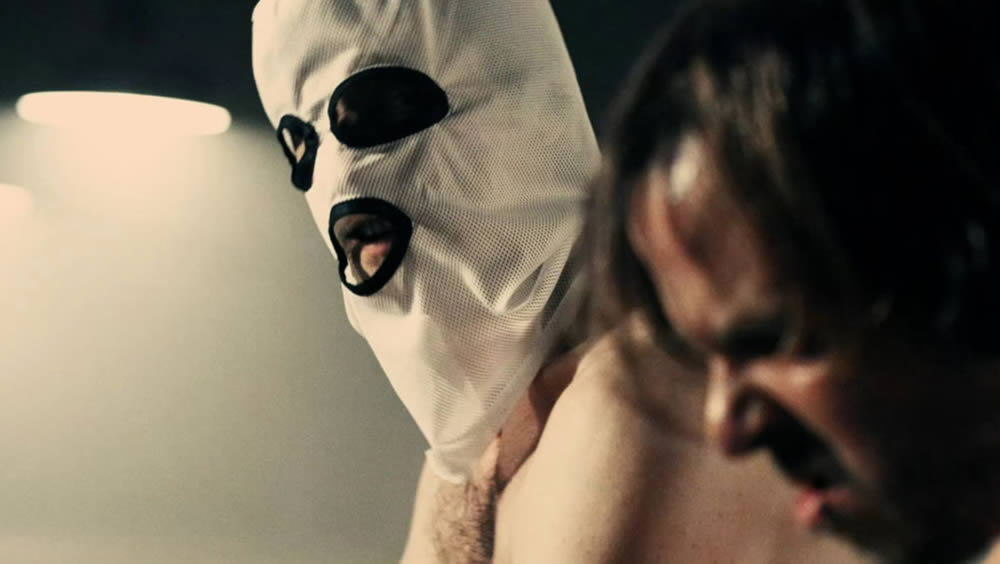 Milos is seen as a strong male due to the size of his penis, and the endurance and greatness of his performance. It represents power and the movie centers around the potential of what that power can become. The phallus, according to French psychoanalyst Lacan, is a symbol of vital power, a symbol of law; it is something we yearn for. But the phallus is unattainable; nobody has a large enough phallus, meaning nobody is omnipotent.

That is why the psychologist as well as the director want to use Milos’ phallus in their movie; it’s nothing like they’ve seen before in the industry. The director is trying to become omnipotent using Milos’ phallus; he sees it and wants to use the potential of its great power. He has given up to instincts and tries to get rid of the superego. All the censorships, rules and laws have no meaning for him and the shaping of Serbian youth.

What is more terrifying is that he truly believes in his motives and his twisted Freudian vision. He’s found his tool to distribute his laws and vision through the potential power of Milos’ great phallus. Unfortunately, when that potential power is governed by the wrong people, it can lead to devastating events. And it did. It led the main character into an unimaginable and horrifying experience, it crippled him emotionally, and it put his family through the ordeal.

3. Deeper meaning of the gore scenes

The disturbing imagery and its intensity is strategically and gradually well placed throughout the film. As we walk through this masterfully-made movie, our suspense levels rise higher and higher, and despite the fact that only the thought of what is placed before our eyes can easily disturb us, we want to see more. But why didn’t the director choose the similar concept of “Salo” or “120 Days of Sodom”?

Well, in Japan after World War II, artists and people coped with the trauma through Butoh – a form of theatre using grotesque imagery. It can be seen manifested in horror films as well. It explores the horrible possibilities that man is capable of. We can assume that the brilliance of the movie lies in using this technique to express deeper emotions after the Yugoslav Wars in the 90s. Behind those scenes we can almost hear the statements and deeper emotions of the director.

The scenes and the characters are rotten to the core. They represent the lowest of the low situations and events in the country, like brothers fantasizing about the other’s wife, being envious of the life of the other brother, turning on each other and betraying themselves.

Usually we are used to seeing happy family lives and relationships, and their conflict is sorted out by the end of the movie, which gives us the satisfaction of a solved conflict and/or problem. But we don’t get that satisfaction and relief in the end. Instead we get a closer look at the twisted and perverted nature of Milos’s brother.

The loving and warm family that Milos created with his wife is destroyed with the help from his own brother. It seems that even the family and brotherly love have no value and doesn’t exist, but rather is a part of a corrupted system. It’s as if it has no chance in the aftermath from the war.

Even the slightest glimpse of hope and love, the warmth, the beauty and the youth of family and its values are slowly fading away and working their way into the corruptness and the terribly established system. That is why maybe the horror and disgust from the director’s own feelings are placed in the utmost disturbing and horrifying scenes of gore, rape, incest, and murder.

The movie suggests the ideas and symbolism of a non-functioning government, and what the years of bad governing has done to its people. The explicit and disturbing scenes are supposed to open our eyes and help us see what is done behind closed curtains. We certainly do not like it, but it’s there, just like in politics. We don’t always see what’s done, but we buy the image and promises of the political parties. It may seem very subtle to the public but the consequences are direct to the people.

However, the director suggests that the actions didn’t just fall out of thin air. The scene where the grandmother is encouraging Milos to engage in an act with her granddaughter represents the mentality of the people and the generations before Milos, thus telling us where the root of the problem is.

Unlike “120 Days of Sodom” where in the end it seems promising and justice will prevail, it doesn’t seem that way in “A Serbian Film”. Maybe the situation in the Balkans and particularly Serbia will stay as it always has and will always be that way, thus the title “A Serbian Film”. Yes, Milos did have his revenge, but at what cause? The end seems a bit discouraging and pessimistic. The family is ruined in the most horrific way and the man in the suit continues on as the true director of the film.

Author Bio: Elena is a recently graduated psychology student and local radio host. She is also a coffee junkie and cat lover.