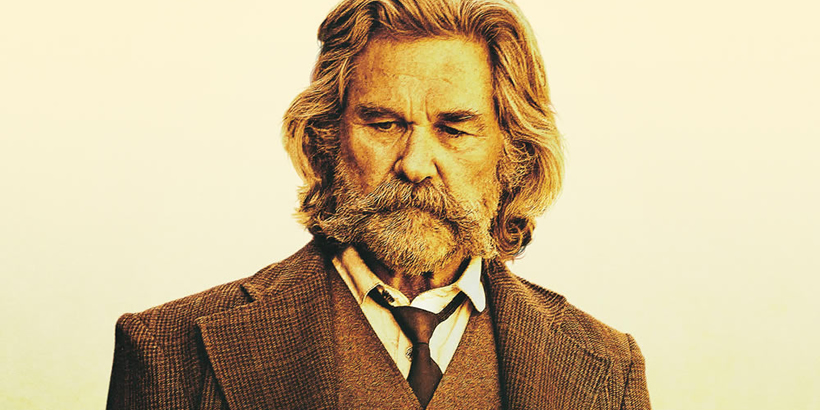 “A tense, absorbing pursuit Western that turns into a Grand Guignol gorefest, Bone Tomahawk is what you might get if you crossbred The Searchers with The Texas Chain Saw Massacre, or maybe Cannibal Holocaust… There’s an elegance to Bone Tomahawk that doesn’t let up even when it veers into cult-movie territory.”

Blood on the tracks

Fearlessly and ferociously exploring believed abstractions of both American history and Western identity amidst the mercurial borderlands between blasphemy and faith, barbarity and betterment, misdeeds and justice, is Bone Tomahawk, the impressive and unflinching feature film debut of writer/director S. Craig Zahler.

Sure, there have been horse operas before this one that have treaded over similar stomping grounds, revisionist Westerns with more on their minds than just formulaic lawmen and shrewd commentary on Manifest Destiny, and Zahler, in the the film’s first act at any rate, offers up an 1890s frontier of familiar terrain––John Ford’s The Searchers (1956) comes immediately to mind––before running a dark detour through a thoroughfare of injury-addled circumstance, barbed with jet black humor and infused with full-on horror.

“Riders coming in one way, and savages the other,” spits Buddy (Sid Haig) to Purvis (David Arquette), his grimy, murderous, lowlife cohort. The pair of bandits have, in Bone Tomahawk’s opening prologue, robbed and rubbed out some unfortunate voyagers before recklessly stumbling into a a Native American burial site nestled in the ominous hills. They’ve unknowingly entered forbidden ground, at the crux of civility and savagery, and something far more cruel than even they.

After ignorantly desecrating an enshrined burial ground the wheel of karma spins around on Buddy and Purvis, crushing them in the spokes as umbral and aggressive figures descend upon the ill-starred pair.

“I’m a fan of Westerns, and [Bone Tomahawk] is the fifth western that I’ve written… So I said, ‘Let me write another rescue mission western, but I’d like to play with some different stuff—in particular, making up my own tribe,’ and that comes a little bit more from the disciplines of lost race fiction, like H. Rider Haggard kind of stuff, really, than from Westerns. So that was the inception. There was certainly no movie that I was trying to emulate.”

The Evening Redness in the West 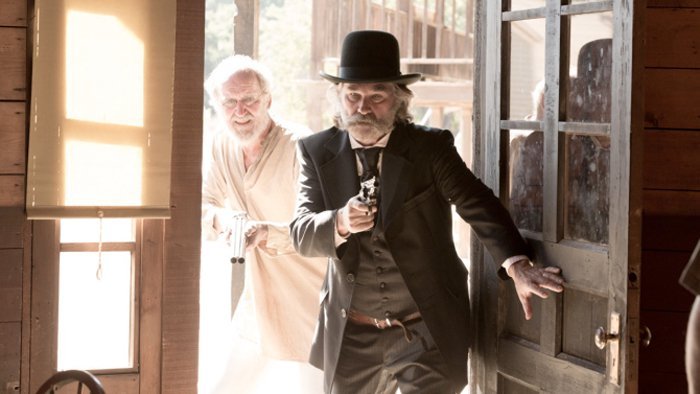 The film picks up some eleven days on as Purvis somehow has escaped, or at least deferred, a terrible fate, and descended upon the ironically named settlement of Bright Hope. Of course there’s a raiding party in pursuit of Purvis––for his and the deceased Buddy’s disrespectful impiety of hallowed earth will not go unpunished––but Bright Hope’s gunslinging sheriff Franklin Hunt (Kurt Russell), doesn’t exactly roll out the welcome wagon. After taking a bullet in the leg Purvis is jailed, with the promise of the gallows for his checkered past.

Soon the vicious indigenes catch up with Purvis at the jailhouse, leaving behind a bloody spoor, and taking with them several horses as well as Deputy Nick (Evan Jonigkeit), and Samantha O’Dwyer (Lili Simmons), who’s not only the doctor’s assistant, but the wife of amicable Arthur (Patrick Wilson), a cowboy with a badly broken leg.

About as quickly as you can say “dining with cannibals,” Hunt is standing tall and assembling his rescue party, which of course consists of Arthur as well as backup deputy Chicory (Richard Jenkins), and the experienced outdoorsman and xenophobic hate-spewer, John Brooder (Matthew Fox). Before they saddle up and shove off, however, Hunt shares words and receives warnings from the Professor (Zahn McClarnon), a respected Native American fixture of Bright Hope. The Professor informs Hunt that they are up against “a spoilt bloodline of inbred animals that rape and eat their own mothers,” whom he refers to fearfully as “troglodytes.” 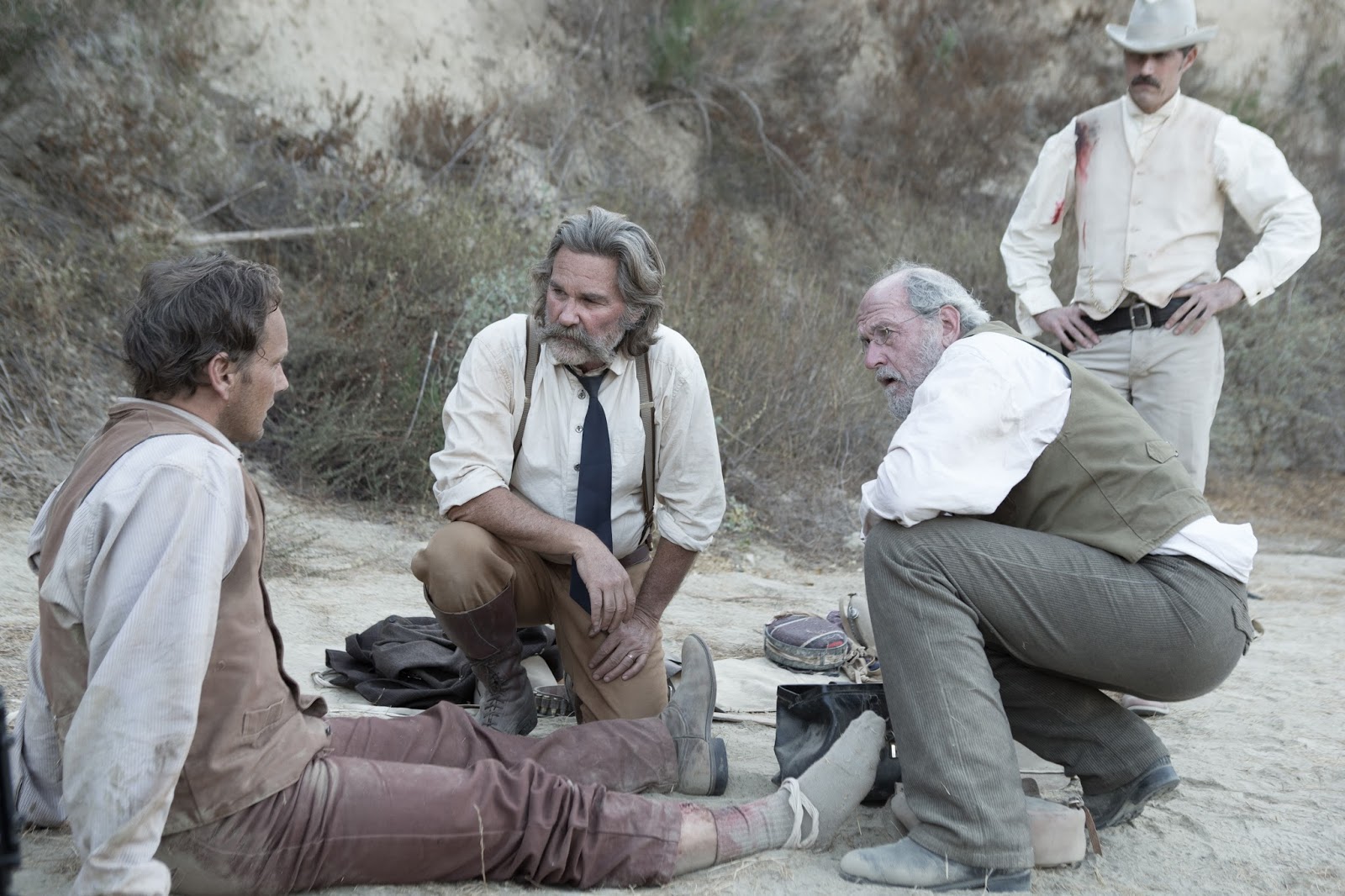 Zahler’s screenplay is clever, creepy, and wisely quite comical at times. Bone Tomahawk takes many tense and sinister transgressions amidst moments of comic relief and silver-tongued repartee which serve the script rather well (“Smart men don’t get married,” drools Brooder in one memorable instance). Such characteristic quirks and idiosyncrasies may recall similarly sly oaters from the likes of the Coen brothers (the serrated edge of the modernized revisionist Western No Country for Old Men [2007] or the more classical True Grit [2010] spring to mind) and Jim Jarmusch (his arthouse hit Dead Man [1995], most specifically), but Zahler is definitely blazing his own chiller-addled trail here.

Of course, any Western with dips into orgiastic images of blood splashes has to owe some sort of gratuity or hat tip to Sam Peckinpah, whose name is synonymous with plasma bursts and gratis gore ever since The Wild Bunch (1969) made its auspicious and unforgettable debut, and Bone Tomahawk has a similar tenebrous heart.

Perhaps the cannibalistic villains that terrorize our hapless heroes in Bone Tomahawk are, to an extent, problematic. While these brutal baddies do play into the damaging stereotypes that depict indigenous tribes as brute savages with nary a scruple between them, their frightening, body-modifying otherness should not be misconstrued as routine racism.

Zahler takes pains to illustrate that these are folkloric devils, movie monsters that don’t reflect reality but do echo atavistic evil and colonialist dread. These “troglodytes” are also offset by the relishable and expressive native character of the Professor, who does not stoop to the trope of the noble savage. Still, it is for some a slippery slope and I can only speak for myself as a culturally sensitive Ojibwe, that I saw little here to be capsized by. Brooder’s racism isn’t sugar-coated and is shown as ugly, vestigial and vulgar, making it accurate and rightly upsetting. 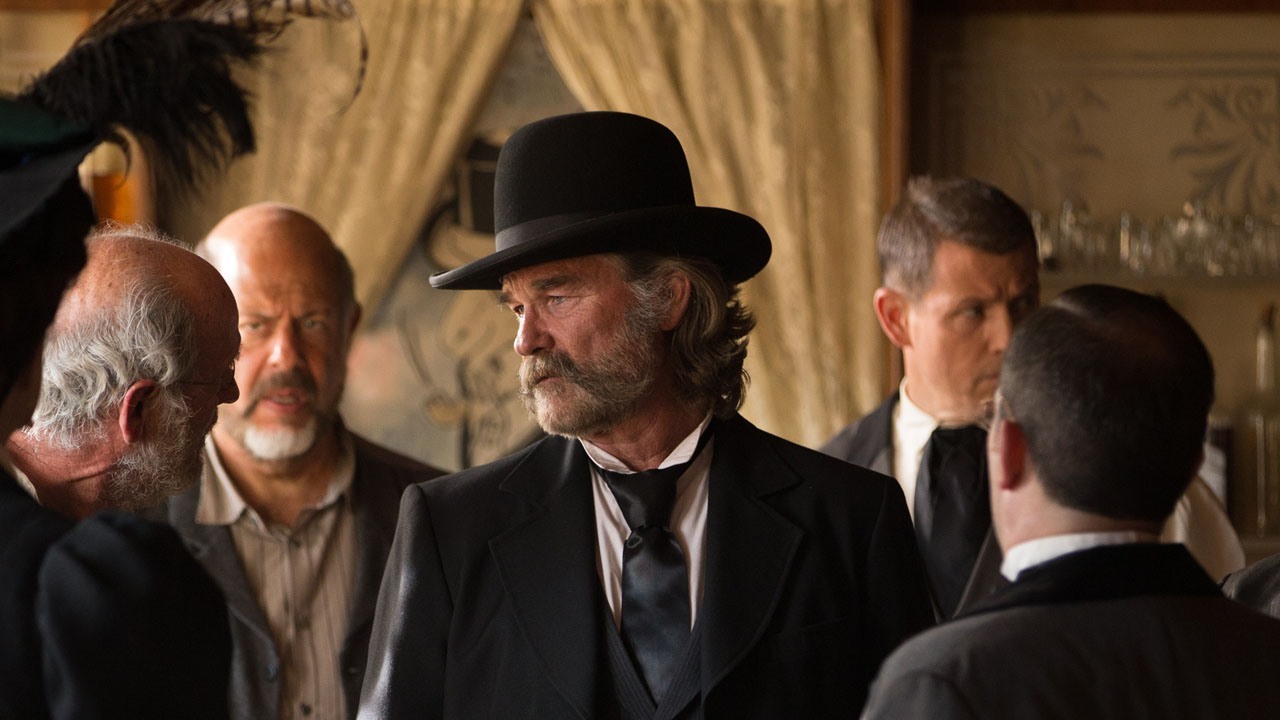 As Bone Tomahawk lurches and flags towards its bloody finish, the suspense and uncertainty reaches a frightening crescendo. There’s one shocking sequence of monstrous brutality that’s already made the film infamous, and while there are no spoilers here, suffice it to say it’s one of those cinematic upsets where when you think the worst has already happened suddenly Zahler takes you just another shock further. It’s bright venom, unadulterated nightmare fuel that will make many viewers sick to their stomach.

It’s rare that so assured and smart a debut lands so obtrusively as this––yes, we’ve not seen the last from S. Craig Zahler––and is a genre union that seems animate and wholly alive. Bone Tomahawk doesn’t just promise servile terror, it delivers it with teeth bared.