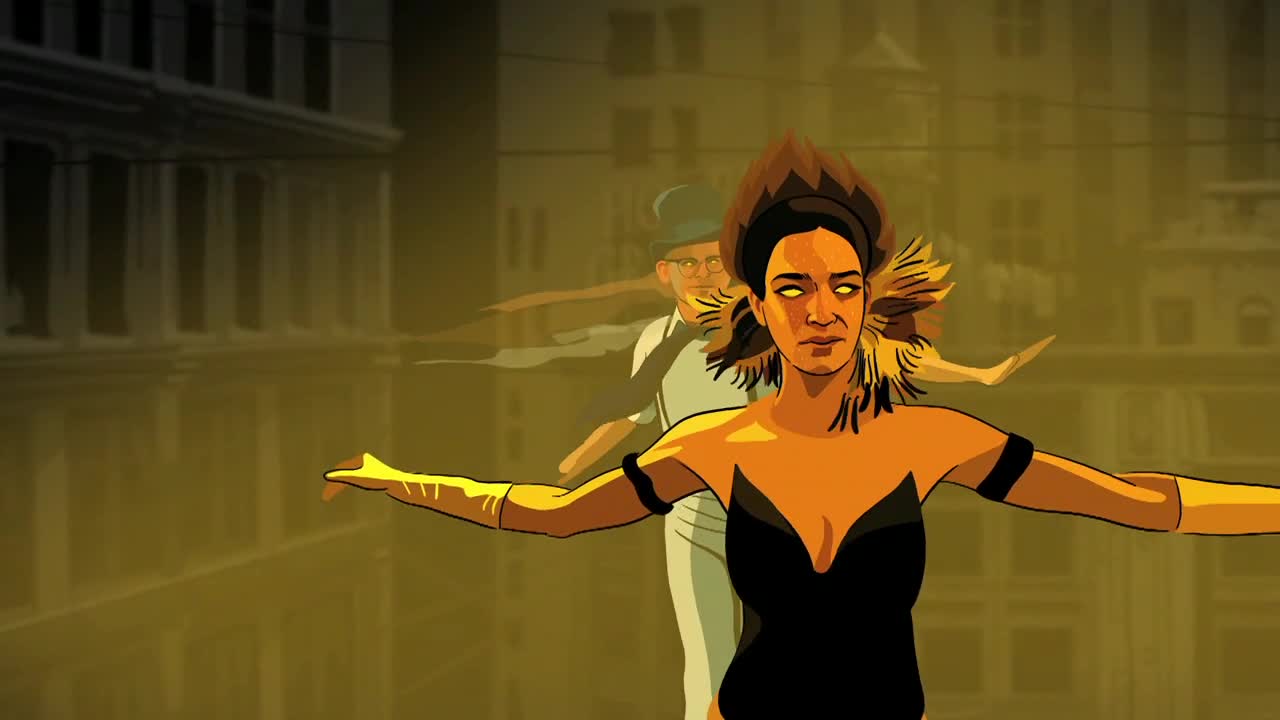 With the emphasis on the lesser-known titles, this list provides a concise insight into the world of modern animation. From stop-motion to traditional techniques and from the arthouse to children’s fantasies, the article includes ten short and ten feature-length films conceived in different corners of the world.

Whether the said medium is used for budgetary reasons or simply because it is more suitable than live-action, it often allows the creators to run their imagination wild and free for the awe-inspiring results. Months or even years they spend painstakingly moving the puppets or drawing frame by frame deserve to be recognized.

Note: A number of these works are available on Vimeo, YouTube or DailyMotion. 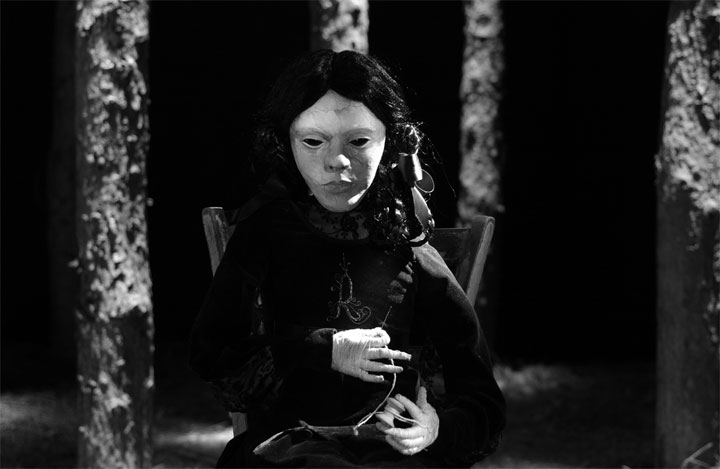 Inspired by the Grimms’ fairy tale of the same name, “Allerleirauh (aka Whisper of the Fur-Cone)” is an enigmatic fantasy which seemingly has nothing in common with the original piece. In this version, a princess running away from her father’s incestuous desires and hiding underneath all-kinds-of-fur mantle is replaced by a girl of inhuman eyes and amputated legs who is trapped in a surreal recurring nightmare.

The German animator Anja Struck speaks in the esoteric language of subconscious mind to tell or rather, show a parable of child abuse, thus staying true to the grim story’s literary roots. A cymbal-banging monkey toy, a man with a fox head, a young doe and a wet nurse emerge from the mist of a childhood taken away, disturbing the tragic heroine’s peace. Her memories, both good and bad, merge into a burdensome whole and make her self-imposed isolation all the more difficult.

Through the gothic, poetic, ambiguous imagery complemented by Goldfrapp’s ethereal composition “Felt Mountain”, Struck achieves the atmosphere of claustrophobia and “subtle violence”, moving her costumed actors as if they were bizarre, life-sized puppets. In her minimalist mise-en-scène, the heart of a dark forest operates as the protagonist’s cage and the cross made of nails that occasionally appears on an iron bed suggests the abusive parent may be a clergyman.

Although only seven-minutes long, “Allerleirauh” leaves a lasting impression. It is comparable to the Quay brothers’ earliest offerings, such as the music video for His Name Is Alive’s song “Are We Still Married?”. 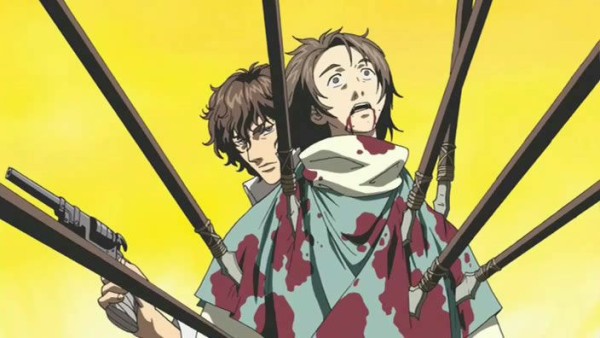 Covering the early chapters of the eponymous manhwa – originally titled “Shin Amen Osa (or Shin Angyō Onshi in Japanese)” and based on the Korean classic “The Legend of Chun Hyang” – Jōji Shimura’s directorial debut is the first-of-its-kind collaboration between Japan and South Korea. It combines action, fantasy, adventure, horror and a bit of comedy into a two-act story focusing on the first exploits of Munsu – the anti-heroic protagonist who is the last of the late king’s secret agents called amen osa.

After the short prologue introduces us to the setting – the fictional, once prosperous land of Jushin modeled after feudal Korea – we meet Munsu wandering the sun-baked desert and eventually falling unconscious. He is helped by a young scholar, Mong Ryong, who – prior to getting killed and devoured by the savage sand goblins – expounds his plans to save his darling, Chun Hyang, held captive by the new tyrannical lord of their country. Shrewd as he is, Munsu manages to escape, reluctantly accepting that poor guy’s rescue mission (and his sand-bat pet).

What follows is Munsu’s encounter with the quiet and lovely, yet fierce Chun Hyang who becomes his Sando (bodyguard) to honor the memory of her dead lover. The two travel together and arrive on a remote, peaceful island where nothing is what it seems…

Featuring cool characters (both the leading ones and the villains), solid artwork, excellent voice-acting (whether you watch it dubbed in Japanese or Korean), kinetic animation and befitting score which takes a cue from the Eastern traditional music, “Blade of the Phantom Master” almost works as a cautionary folk tale married to Kawajiri-esque “shenanigans” (with misogyny considerably toned down). Not a must-see at all costs, but a charming anime nevertheless. 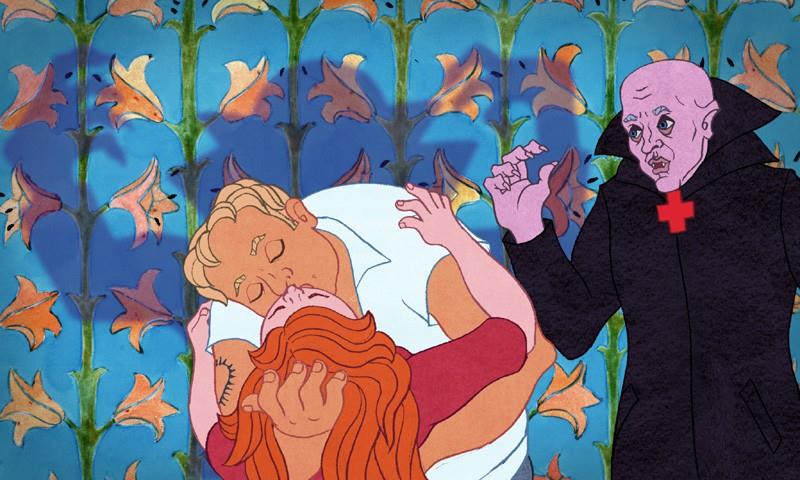 In thirteen minutes, “The Island of Dr. D (Doktora D. Sala)” brings a bizarre mélange of fantasy and mystery somewhat inspired by German Expressionism. It is focused on a seductive nurse, Julia, who arrives on the titular island to solve the case of her predecessors’ disappearances. Despite her expectations, she finds all of her colleagues alive and well, singing and dancing at the estate of the “enigmatic” Dr D…

Considering that the creepy, yet hospitable host looks like Klaus Kinski in Herzog’s “Nosferatu the Vampyre”, it is easy to guess that he is a bloodsucker. Although, since he’s not used to plunging his fangs into the closest neck, he needs the help of the medical workers. However, the riddle that it’s harder to solve is the newcomer whose voluptuous body and red hair can drive men crazy with lust and cause a sudden change of seasons.

The protagonist is based on the attractive nurse whom the author met in Switzerland, at the blood donors station. Inspired by the frequent visits of youngsters who would endure multiple needle stings just to flirt with the girl, Aija Bley writes a story of passion, female sexuality and magical, yet dangerous power of beauty.

Eschewing dialogue, she builds the narrative upon the brilliant visual compositions which betray the influence of Henri Matisse, pop-art and the 70s psychedelia. The characters’ stylized design is reminiscent of the soc-realism cartoons, whereby one of the sequences seems like a direct homage to Escher’s optical illusions. Cryptic symbolism and the ethereal score complement the dreamlike atmosphere. 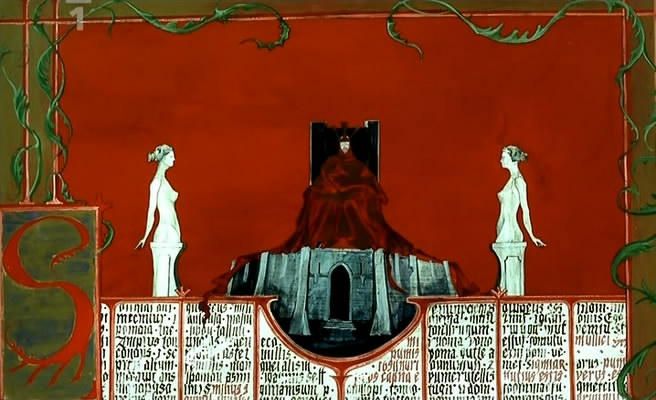 In the dead of night, with even the Moon sleeping soundly, a soldier in Greco-Roman armor comes upon a fortress and enters. The maze-like interior of an edifice is inhabited by the enchanted female statues, as well as by bloodthirsty rats. What challenges await our brave hero?

The third (and so far, last) short film for Václav – the son of Jan – Švankmajer, “The Torchbearer (Světlonoš)” plays out like an adaptation of some ancient myth, the (silent) characters being archetypal and the story allegorical. Dark, mystical imagery which the narrative rests upon suggests the transience of time and the never ending power struggle, yet the film is open to other interpretations, especially if the protagonist is viewed as an intruder.

Švankmajer who also works as a painter, lithographer and collage artist makes the most of the short running time, demonstrating his keen sense of detail with both the puppets and the scenography. By virtue of Martin Štěpánek’s exquisite cinematography, Ondřej Ježek’s haunting sound design and brooding, minimalist score by Envoi (not to be confused with the pop-rock band from Cleveland), he establishes the thick atmosphere of persistent dread.

One interesting piece of trivia from the Czechoslovak Film Database notes that the original title Světlonoš is the literal Czech translation of the Latin word Lucifer. 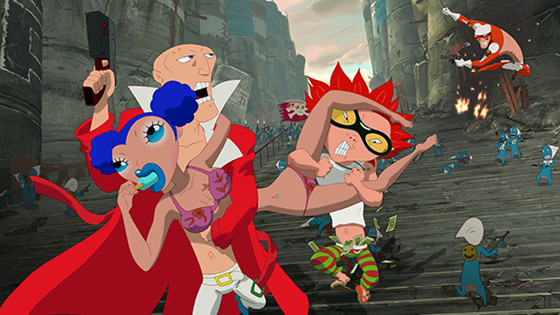 Many years from now, the people are condemned to only one source of energy – their own feces. The most “productive” citizens are rewarded with ice-cream-like juicybars rich in laxative. Drastic times call for drastic measures which in this case involve small-time crooks, like Aachi and Ssipak, who sell stolen candies hard-earned on a toilet seat.

In the series of murky business events, the titular duo comes in contact with a busty aspiring actress (and their adult film director friend’s new star), Beautiful, who is targeted by the mutated Diaper Gang, a cyborg police officer, Geko, and a cruel schoolgirl-like mayor with a large forehead. And in case you’re wondering why everybody wants to grab ahold of the girl is her opulent “number two”.

Jo Beom-jin’s debut (and to this day, only) feature is a vulgar, violent, insolent, irreverent, parodical, unapologetic and politically incorrect satire which is also relentlessly fun and rife with razor-sharp irony. Dynamically paced and fueled by toilet humor (well, it figures), it mostly feels like a long, continuous action sequence propelled by the high-octane rock/techno/metal soundtrack.

Two of the most frequently used words in dialogues are, logically, “ass” and “shit”, whereby the characters are totally weird and deviant and “drowned” in many references to famous movies, from “Battleship Potemkin”, through “Dr Strangelove”, “Alien”, “Robocop” and all the way to “Matrix”. Extra dose of provocations comes with the peculiar and rather unique, kinda freaky artwork of vivid colors which serves as a freshener for the “offensive” content.

So, if you like Bakshi’s “toons” and/or “South Park” series, you certainly won’t dislike “Aachi and Ssipak”. 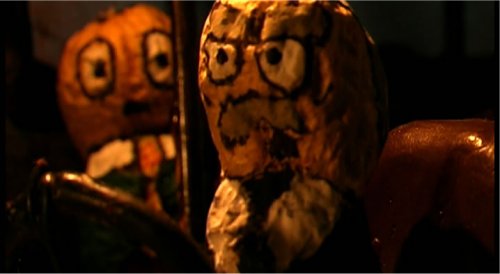 Juan José Ramírez Mascaró’s directorial debut positively solves the eternal dilemma: “Is it possible for peanuts to go nuts, considering they’re technically legumes?” It is also the only animated horror comedy in the whole wide world starring painted goobers powered by human hands – an unusual puppet technique, but it works like a charm.

The story recounts the trials and tribulations of a prominent children’s book illustrator who is hired by the director of a remote “center for the mentally expired” located in a dark forest where Edgar Allan Mond (get it?) is buried. The protagonist’s job will be to decorate the moldy hospital walls and bring some joy to the dismal place. What at first seems like an easy task gradually turns into a nightmare which culminates once the artist has entered an unlit corridor filled with dire screams…

Given that the creepy sets has been constructed using recycled materials, “Going Nuts (Gritos en el pasillo)” could be labeled as “an ecologically friendly chiller”, although one can’t help but keep smiling all the way to the finale, when “deus sex machina” solution is introduced. There’s plenty to enjoy here, whether it’s Mascaró’s witty screenplay, the superb voice-acting or the loony, yet compelling visuals including the colorful (and later, morbid) murals.