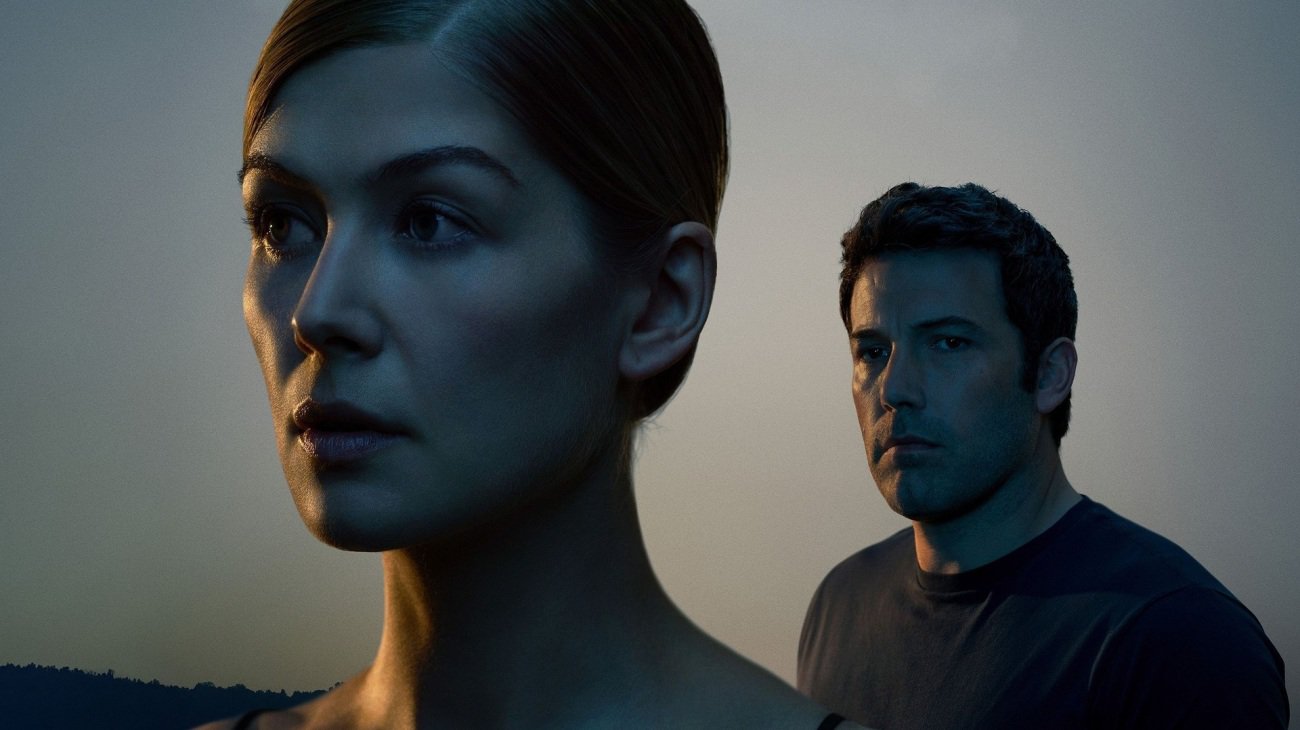 One would think that concluding a movie would be the easiest part of screenwriting. The hero walks off into the sunset with his love interest, foes defeated, world saved and an extremely exaggerated character arc reached, only to do it all over again in the sequel.

The complete opposite if you’re one of those pretentious types. And while the chosen theme and premise will often determine the type of ending, as a writer, once you start approaching the finish line, you realize that there are a whole plethora of directions you can choose to close off your story.

A good or memorable ending can elevate a movie into legendary status or cause it to tumble down into mediocrity. There’s nothing more frustrating than an excellent movie with a terrible ending and nothing more annoying than a bad movie with an even worse ending. And if there’s one thing that will make a viewer love or hate a movie more, it’s definitely the ending.

Below are some of the most polarizing movie endings that all succeed in one thing – it got people talking, debating, and in some cases declaring war. 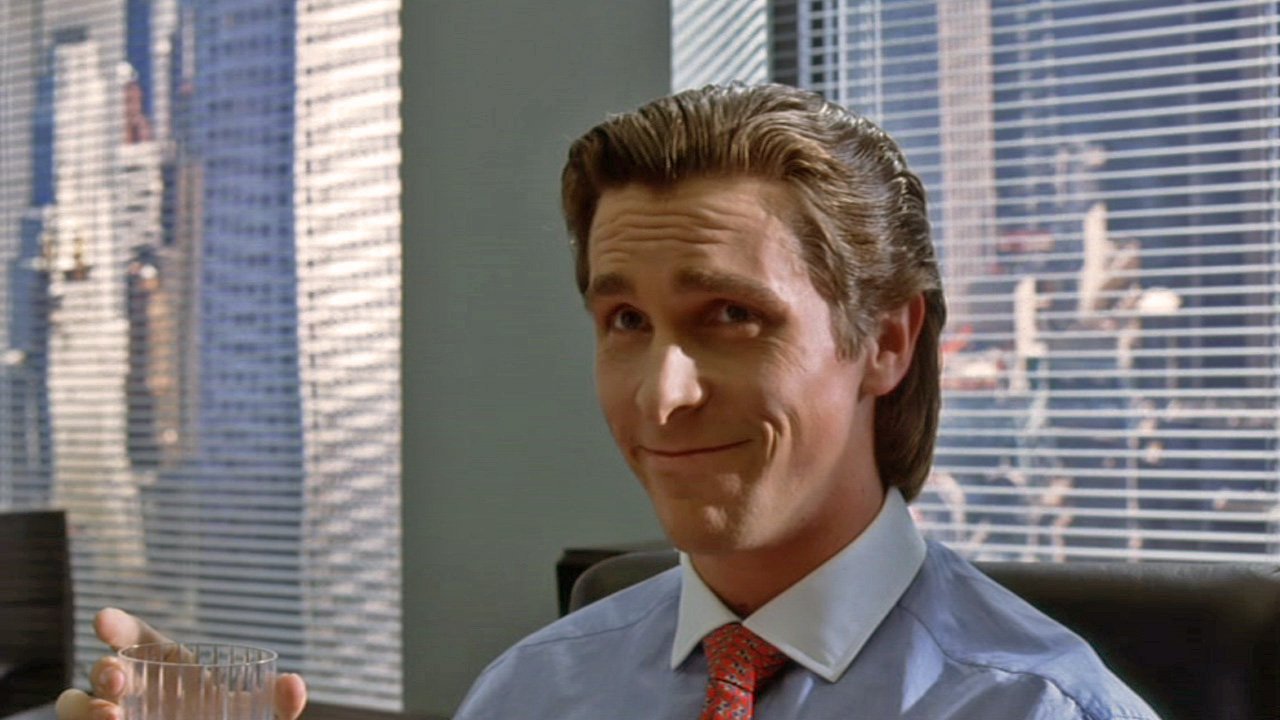 Plot & Ending: Patrick Bateman is a seemingly successful investment banker who lives a double life as a sadistic serial killer. Throughout the film, Bateman commits seemingly realistic murders, but the last act features a ridiculous killing spree with a conscious ATM machine, a barrage of gunfire, and exploding police cars. It concludes with the question – did Bateman get away, unpunished for his crimes, or was it all some kind of delusion or hallucination?

Detractors: Some people hate ambiguous endings. The fact that the film changes tones and offers no conclusion had many people feeling that it was all a delusion, robbing the story of its potency.

Defenders: Just as there are those who hate them, there are those who love ambiguous endings. Director Mary Harron stated that Bateman did, in fact, kill all those people. But like the book, she left it open to interpretation. It commonly goes unnoticed in the film that people are constantly calling each other by the wrong names. So when Bateman confesses his crimes to the lawyer and he thinks it’s a sick joke because he just had dinner with one of his supposed victims, it’s probably a case of mistaken identity.

Our Conclusion: The end makes no difference. As long as we got to see Christian Bale running around naked while maniacally wielding a chainsaw, we’re happy. 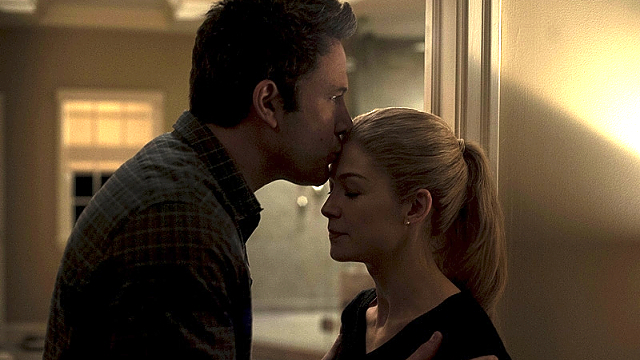 Plot & Ending:  When Nick Dunne’s wife Amy goes missing and all the evidence points to foul play, Nick becomes the prime suspect and their seemingly happy marriage crumbles under police and media scrutiny. However, it’s soon revealed that Amy is alive and well and upon finding out that Nick was cheating on her, she conspired to frame him for murder in a scheme so elaborate it brings new meaning to the phrase “hell hath no fury like a woman scorned.”

When Nick appears on a TV show to plead his innocence using his wit and charm, Amy remembers exactly why she loves him. She comes up with another elaborate scheme using poor old Neil Patrick Harris, and stages her escape back into Nick’s arms, clearing him of all charges and forever trapping him in a ‘loveless’ marriage.

Detractors: Plot twists are extremely difficult to execute properly and Gillian Flynn’s script does a good job at setting up Nick’s guilt that even the audience starts doubting his innocence. However, it’s difficult to believe the lengths that Amy would go through to frame her husband, from stealing urine to fake her pregnancy and draining her own blood to leave behind trace evidence.

The film lost some people when Amy went all Fight Club by injuring herself and using surveillance cameras to make it seem as if Desi kidnapped and raped her. That reunion with Nick where she returns home covered in blood in front of spectators and television cameras was a total contrast to the first part of the story. Worst of all, she gets away with it.

Defenders: The biggest defense for any film with a polarizing ending is that those who didn’t like it just didn’t get the point. The point being how powerful the media is at influencing the public’s perception and opinions. While it’s hard to believe some of the things that Amy gets away with, it’s the media that makes it possible.

In fact, it’s the same media that influences her to have a change of heart when she sees Nick on TV. This coupled with the fact that her celebrity status makes it hard for people to see who she really is. No matter what pictures been painted by the media, we can never truly know what happens behind closed doors. Also, Flynn seems to hint at the power woman can have over men by their using their vulnerability as a weapon.

Our Conclusion: At least Nick was cleared of all charges.

Plot & Ending: When Alex travels to the country with her best friend Marie to visit her family, her parents are brutally killed by a serial killer and Alex is kidnapped. Determined to save her friend, Marie slyly follows suit, and after a game of cat and mouse she manages to suffocate the killer to death. When Marie goes to free Alex, Alex is terrified of her and wants her to stay away. We soon find out that Marie is the serial killer! She’s delusional and in love with Alex.

Detractors: Depending on how far you’re willing to suspend your belief, you either go along with the plot twist or you find it painfully cliché. Questions arise about how Marie can be in two places at the same time – how was she on screen with the killer? How can she hit herself on the head with a weapon? The plot twist didn’t make sense to a lot of people who felt that it ruined any chance the film had of being a classic. Plus, it downgraded a strong female character into another crazy, delusional lesbian.

Our Conclusion: Love does make you do crazy things. 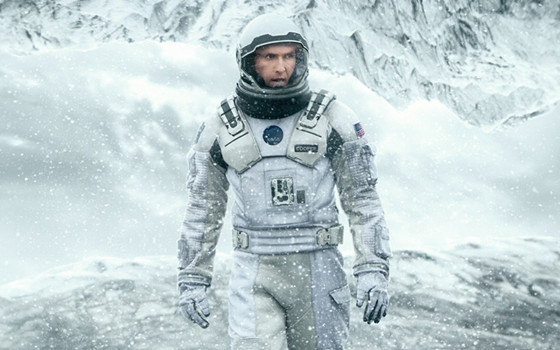 Plot & Ending: In the future, the earth is slowly becoming uninhabitable and a group of astronauts travels through a wormhole to investigate three other planets that humans can destroy.

To preserve the mission (no thanks to Matt Damon’s surprise appearance), Matthew McConaughey’s Cooper sacrifices both himself and a robot. Jettisoning into a black hole, Cooper enters a ‘tesseract’ where he is able to communicate with his daughter at different stages of her life, thus providing her with the data that ultimately saves humanity.

Detractors: Among the many complaints about Christopher Nolan’s ninth feature was that the film, especially the ending, was an incomprehensible mess. The assistance from intelligent beings from the future been seen as a lazy cop-out, as well as the implausibility of Cooper being sucked into a black hole and surviving, and the way everything falls neatly into place.

Defenders: Well regarded, for its (mostly) scientific accuracy. Those who defended the ending thought it made perfect sense as everything is explained in the film. Perhaps those who didn’t like it failed to realize what the core of the story was about – a father’s relationship with his daughter. While there are many theories on what it all means or how it all happened, the recurring theme throughout is the human element.

Our Conclusion: Either way, Casey Affleck deserved something better.

Plot & Ending: Zack Snyder’s polarizing Superman reboot set off a wave of controversy with its destructive climax that saw Superman “forced” to snap General Zod’s neck to save innocent people.

Detractors: While Superman has taken a life before in other adapted works like “Superman II”, the topic reached a new level of debate in 2013. Many felt it was against his nature, whether or not he had a choice in the matter. Writer Mark Miller said the finale “traumatized” him as a lifelong fan of the comics. Superman definitely has the power to destroy the earth but as a good guy, the act betrayed his mythos with people wondering if he really did have to ‘murder’ General Zod.  However, some people agree with the point the filmmakers were trying to make.

Defenders: Snyder and David Goyer defended the finale, noting that it played a bigger role in the overall story where Superman was held accountable for his actions in the proceeding “Batman v Superman” film, as there are never any consequences for the destruction superheroes cause while saving the world.

Also, the idea of Superman being faced with a difficult situation that saw him having to decide whether to kill the only remaining member of his species or save the lives of innocent people from his adoptive planet was an intriguing premise to explore. Goyer further explained that as an origin story, Superman hadn’t yet come into his own as the superhero we all know and love.

Our Conclusion: At least Superman didn’t turn back time by flying around the planet. Leave that to The Flash!

Plot & Ending: The legendary Monty Python takes on the legend of King Arthur’s quest to find the Holy Grail to hilariously ridiculous results. As the knight’s army prepares to storm a castle occupied by those rude Frenchmen at the film’s climax, the modern-day police show up and arrest Arthur and put a halt to their revolution as the film comes to an abrupt end.

Detractors: Talk about an anti-climax that left many people scratching their heads. Although it’s a comedy and comedic endings are never taken seriously, one can’t help but yearn for more. Plus, those rude Frenchmen never get what they deserve.

Defenders: Many sources claim that the abrupt ending was added at the last minute because they ran out of money to continue filming. But many argue that as a comedy, the ending adds to the hilarity of the picture, maintaining the silliness that runs throughout. Adding to the fact the film transitions between the middle ages and the murder mystery in modern times where a historian is killed by a knight and the modern-day police investigate.

Our Conclusion: Always look at the bright side of life!