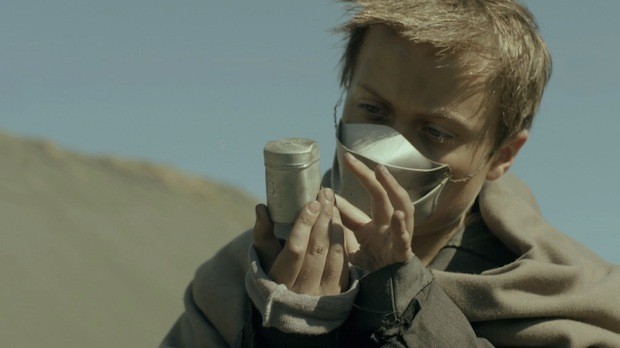 Why 11, you probably ask? Well, the answer is simple – eleven is a bit weirder than ten or twenty and you’ll agree it’s about time one of these weird lists got an odd number of entries. As usual, the movies are organized chronologically and arrive from various countries, tho’ Japan kinda imposes more than the others when it comes to cinematic peculiarities.

And in case you also wonder why weird again, the answer is even simpler – why not? 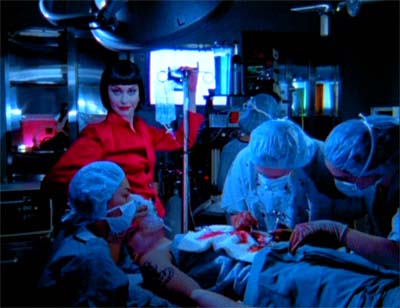 “We have created reality according to our needs, not according to truth. Insanity is actually an opening onto another reality, one that is equally real… maybe even more real.”

The English literate J.G. Ballard whose experimental novel “The Atrocity Exhibition” served as a basis for Weiss’s feature said: “What a superb adaptation it is – it takes the logic of the book and translates it almost seamlessly into a very different medium… a ceaseless flow of atmospheric locations.”

1. World War Three as a Conceptual Act
2. The Geometry of Her Face as a Diagram for a Murder
3. The Crash as a Fertilizing Event
4. Nightmares of Anxiety (Death in Space)
5. Virtual Death

Its deranged, decidedly artificial atmosphere is established primarily through the twisted sequences composed of brutally fascinating imagery in which the steel and concrete constructions of modern architecture serve as the Playground of Benign Madness. Accompanied by the fittingly eclectic score, they are intertwined with the “atrocious” stock footage of (orgasmic?) car accidents, the Hiroshima bombing, the Vietnam War, JFK assassination and gut-wrenching facial plastic surgery, inter alia. 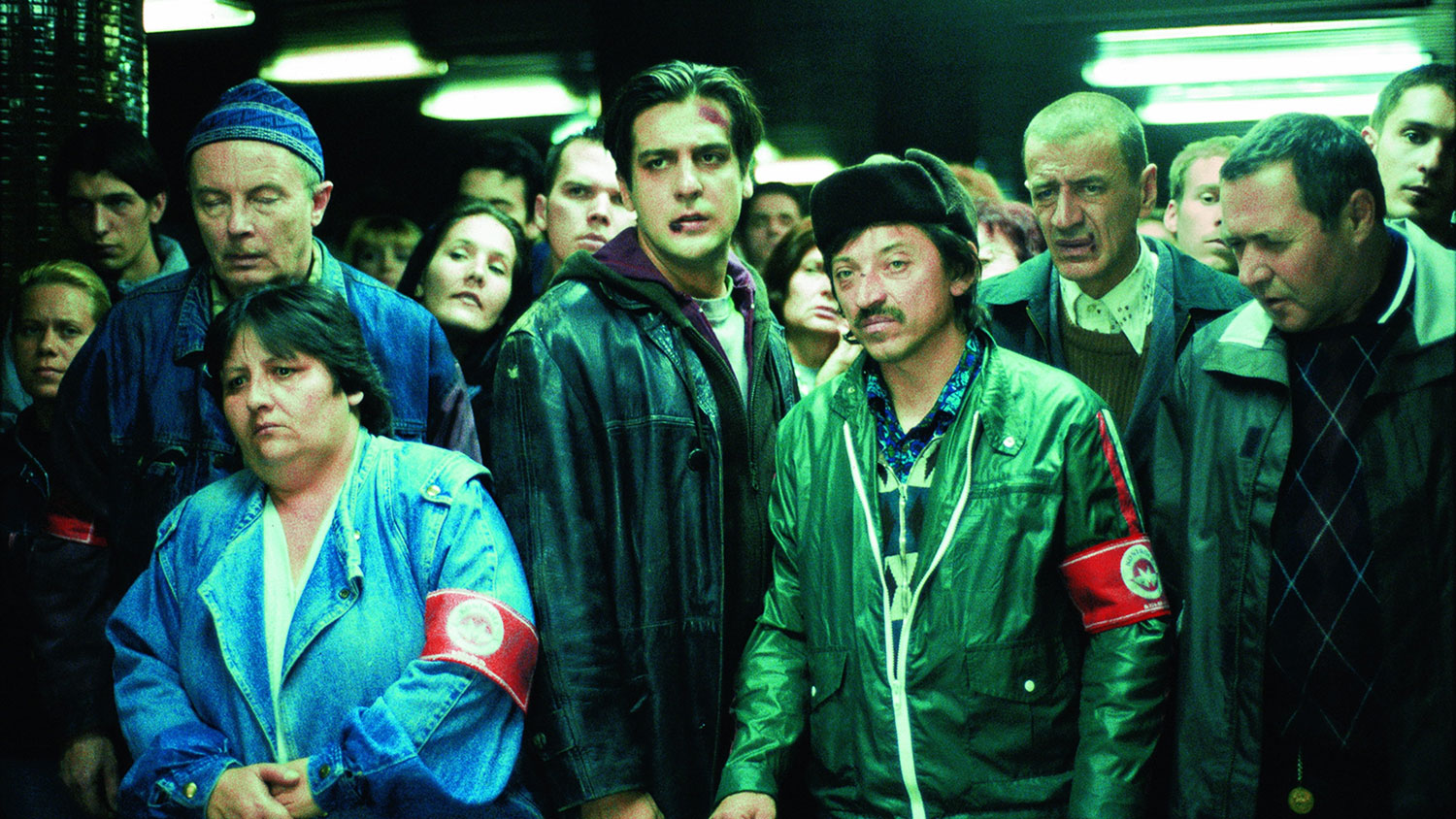 Opening with a simultaneously quaint and innovative introduction that precedes the equally witty ones from Jan Švankmajer’s “Lunacy” and “Surviving Life”, Antal’s fascinating debut is a singular achievement. Revolving around a ticket inspector, Bulcsú (Sándor Csányi, superb), and a motley crew of his greasy-haired colleagues and jittery subway passengers, “Control (Kontroll)” seamlessly blends various genres and effortlessly transitions between them.

Both a Kafkaesque social satire and poignant soul-searching allegory, it marries a surreal comedy to brooding mystery, serious drama, blood-pumping action, sweet romance, crime thriller and dark contemporary fantasy. Hell, there are even noirish moments and comic-book-like villains thrown in for good measure! It certainly sounds messy, but actually, it is not at all. Although the narrative tends to meander through the labyrinthine rail network, the viewer’s attention remains focused.

Antal’s direction is precise, dynamic and compelling, his casting choices pitch-perfect. The peculiar subterranean world that he creates here is elaborate and immersive, inhabited by the eccentric, oft-caricatured, yet believable characters. Amongst the unlikely heroes and persistent freeloaders, a hooded figure who might be a personification of death and Bulcsú’s love interest who wears a bear suit and fights for justice stand out as the most intriguing (and puzzling).

Additionally, “Control” boasts beautiful visuals of a metro illuminated by neon lights, as well as a quirky, eclectic soundtrack which underscores the crazy antics. It is a shame Antal went to produce conventional Hollywood movies after this gem. 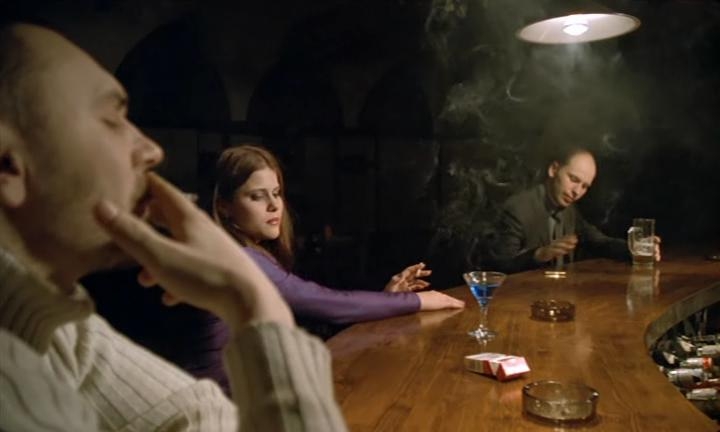 4 dogs rest in the wet street, until 4 mechanical “claws” drop from the sky, thrusting into asphalt and driving the squealing animals away. Following the “heavenly assault”, 4 snow blowers pass by peacefully.

Finally, the protagonists enter the scene. Believe it or not, there are only three of them, but there’s also a narcoleptic bartender serving in an all-night Moscow bar where they encounter each other. Past midnight seems like the right time for the insolent lies.

A piano tuner, Volodya, a butcher, Oleg, and a whore, Marina, introduce themselves, respectively, as a successful geneticist, an employee of a presidential administration and a marketing executive for a company that sells the Japanese air ionizers. But, what happens when their white fancies begin taking over their gray realities?

An ambiguous allegory and an uncompromising critique of a modern Russian society, “4” operates as a leaden and ballsy experimental drama sprinkled with a bit of mystery – think a filthy window glass and dead horse-flies on the sill. Or even better, imagine a puppet designer’s wake turning into an ecstatic and uninhibited bacchanalia of crones, in a depressive, dilapidated setting.

Disenchanted with the state (of things) and assured of his talents, Ilya Khrzhanovsky is unsparing towards his potential audience, as he fires a continuous barrage of powerful, mostly not so pleasant images from which a somber, fragmented and (almost) surreal tale emerges.

The clash of a daft mockumentary and a parody of the kaiju subgenre chronicles the story of the Japanese biggest superhero. Enter Matsumoto’s utterly bonkers and unsparingly deadpan directorial debut.

When the film sets off, you will probably wonder who is a long-haired hermit riding a bus and answering the guy behind a camera, preferring cold to hot weather and always carrying an umbrella. Afterwards, you will see him in his ramshackle home, preparing noodles for dinner and spouting philosophical tidbits about stray cats and freedom. (Someone will throw a brick through the window of his living room.) He has separated with his wife and sees his daughter once a month.

As we learn more than twenty minutes later, he is able to transform into a tattooed CGI giant who wears nothing but underpants, sports Don King meets Spencer of “Eraserhead” haircut and fights similarly sized, building-destroying monsters with a short stick. The battles are broadcasted in the wee hours and therefore, his popularity has drastically plummeted.

These short outbursts of violence are a welcome relief from wry and intentionally dry sequences of talking heads in which we encounter our hero’s manager, the chef of his favorite restaurant, cops who attend and a Shinto priest who performs his transmutation ritual, and the girls who escort him to a karaoke bar, among the others.

Writing, directing and starring as the normal sized self of the titular protagonist who’s occasionally referred to as the “King of Pain”, Hitoshi Matsumoto gives the affectedly natural performance and delivers a tauntingly unfunny (and satiric?) comedy that will make you chuckle just because it is so flat. On the other hand, there’s a good chance the bizarre monster design and the Ultraman-styled climax will leave you rubbing your eyes in disbelief.

Before anyone shouts “Dante must be turning in his grave!”, it should be noted that this “Inferno” is the adaptation of an action-adventure video game which is loosely based on the first part of “Divine Comedy”.

Reinvented as a Templar Knight, Dante returns home from the Third Crusade, only to find his father disemboweled and his beloved Beatrice moribund. And just when she’s about to meet her Maker, Lucifer takes her uncorrupted soul away to Hell, intending to marry her and get hold of the God’s Throne.

Infuriated, Dante rushes after them, but arrives too late at the Gates of Hell where Virgil’s spirit appears for the first time to lend an advice to his “protégé”. Soon afterwards, the slaughter… pardon, the saving of the damsel in distress begins.

As you might have already guessed, the story is simplified, with the allegories replaced by stylish bloodletting and most of the characters flattened into (cheesy dubbed) stereotypes. However, the shortage of brain food is compensated by visually inspired animation coming from six directors and their teams. The single narrative + varied aesthetics approach works wonders, whereby Jong-Sik Nam justifiably gets control over four circles – Lust, Gluttony, Greed and Wrath, which does not make his colleagues’ offerings any less appealing.

Shūkō Murase of “Ergo Proxy” fame provides the most gothic of segments and the most ethereal version of Beatrice in Limbo, and the others follow with their own darkly imaginative renderings of the sinners’ agony, infernal creatures and grotesquely fantastical setting.

As far as “epic” is concerned, you can expect unearthly shrieks, gore in abundance, some gratuitous nudity and finely choreographed hack ’n’ slash scenes. 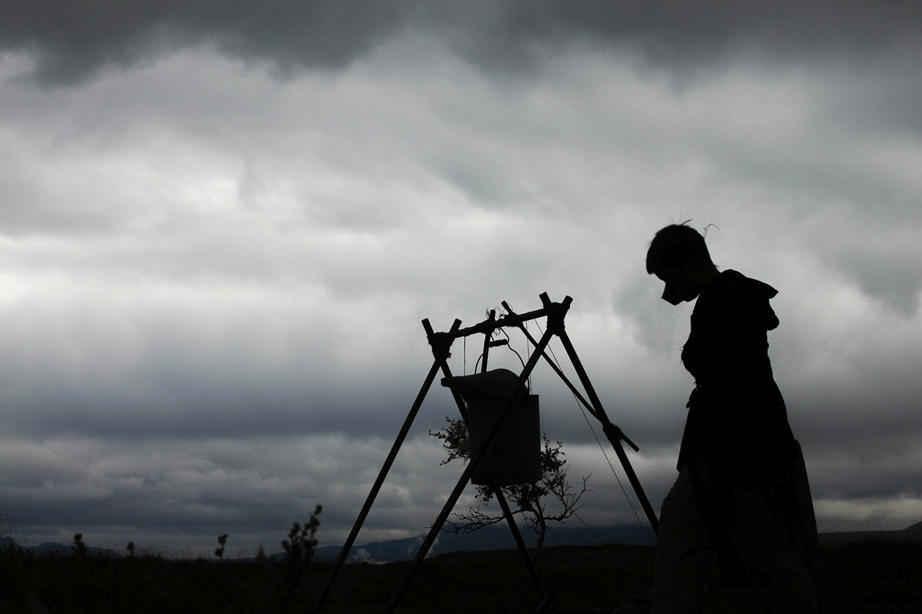 Originally conceived as a music video for Hjaltalín (an indie band who enjoys great popularity in their homeland of Iceland), Simon-Kennedy’s striking debut “Days of Gray” envisions a wordless, post-apocalyptic future and tells a bittersweet coming-of-age story centered around a boy who dares to question and, later, violate the strict rules.

The pubescent hero lives with his parents and grandmother, in a small cottage isolated from other families’ homes. On his scavenging missions, he collects the artifacts of the past which are shunned and burned by the elders. One day, he meets a ragged, wild-haired girl who dwells in the cave by the sea and introduces him to the world of colors…

Enlivened by the new friendship and prospects of hope, the boy’s dull, earth-toned environment of wooden walls, white robes and useless breathing masks (big kudos to Nell Tivnan and Christian Kjærulf Praksti for the lovely, out-of-waste production and costume design) is wonderfully framed by Cailin Yatsko. The same goes for the desolate, alienating landscape – a character on its own.

Also praiseworthy is Hjaltalín’s dreamy, evocative score which informs the mental and emotional state of the nonspeaking protagonists, as well as the director’s keen sensibility in the guidance of both child and experienced actors. Considering she works in a country she never visited before (and that she probably doesn’t speak Icelandic), it is a remarkable achievement.