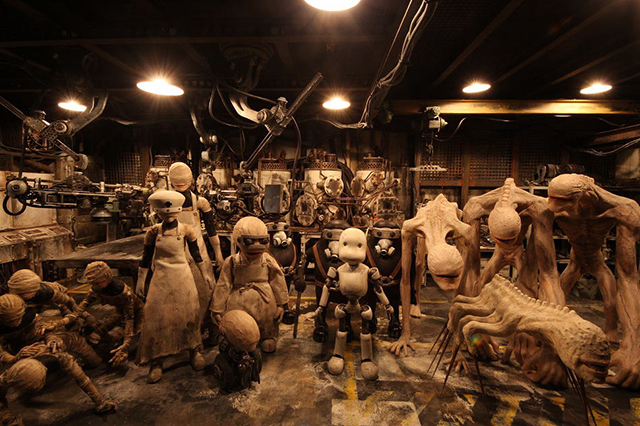 If you love “Tetsuo” and Geiger’s art, the animated works of the Quay Brothers, Tim Burton and Robert Morgan, there’s a great chance you will find a soft spot for “Junk Head 1” which is currently available on YouTube.

Made in spare time over the course of four years, this 30 minute long stop-motion film is virtually a one man show. Takahide Hori writes and directs, handles the camera, works as a seiyū and designs the sets, sounds and puppets. Helped by Emily Balistrieri with English subtitles and Norikatsu Seo with CGI supplements, he demonstrates great creativity in his first and, hopefully, not last offering.

The far future he envisions is much darker than the one from the previous entry. Human population is severely endangered, partly mechanized and unable to reproduce, whereby their former slaves – the clones in the underground – have evolved and developed a reproductive system. Intrigued by the turn of events, the scientist from the surface launch a research mission.

However, the things go awry for their scapegoat emissary whom they dispatch into the unknown. His disembodied head is found by the dwarves in black costumes à la “Rubber Lover” and brought to the laboratory whose staff looks straight out of “Silent Hill”. Once there, he gets fully repaired, but that is just the beginning of his trouble…

Danger lurks around every corner in the bizarre post-disaster world. The nightmarish creatures –spiked worms and xenomorph-like mutants – who reside in the shadows or roam the dungeonesque subterranean city are hostile, save for the endowed (read: NSFW) exceptions.

Giving a “boyish” physique to the unnamed protagonist and making his saviors cute to a certain degree, Hori skillfully balances between the creepy, morbid, comical and lovable. And despite the multitude of homages and references, his “anime” stands as quite unique. 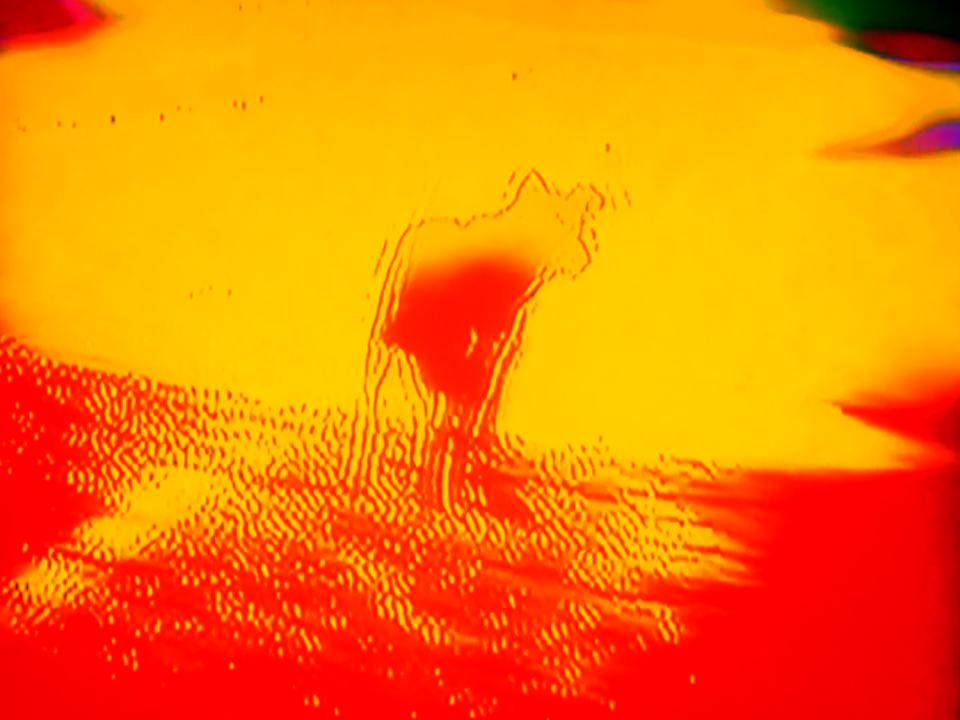 Produced by the Underground Film Studio whose name indicates the level of the feature’s obscurity, “In Search of the Exile” (available at Vimeo on Demand for $5) is one and only of its kind, regardless of the comparisons hereinafter. From the very beginning, it plunges you into a cryptic world of an alternate reality which exists on the flickering far-edge of the subconscious mind.

The titular search is shared by the auteur duo, mesmerized viewer and (disoriented?) protagonist referred to as the Wanderer (Fabrizio Federico) or rather, by our souls and astral projections, our dream-selves and nightmare-ids. Short, yet enlightening encounters with the Witch (Clara Pais), the Red Knight (Daniel Fawcett) and the Lovers (Joana Castro and Bruno Senune) make us dive deeper into the spellbinding Unknown and beyond it.

Once you are submerged in the steamy, kaleidoscopic waters, there is no turning back. You become the liquefied part of a stellar, genre-defying phantasmagoria which seems like a spiritual, more lush and abstract successor to E. Elias Merhige’s “Begotten” as viewed through thermal goggles.

“In Search of the Exile” is truly “a visionary cinematic experience”, a bold experiment which opens the portal towards the arcane Realm of Tarot where some primeval force spins fairy tales out of divine reveries and cosmic memories. It is an avant-garde, dialogue-free mythos whose dazzling, hyper-saturated colors melt and pulsate before your eyes, interflowing into the elusive imagery.

Accompanied by the haunting soundscapes, the stupefying visuals leave you screaming: “Encore! Encore!”. 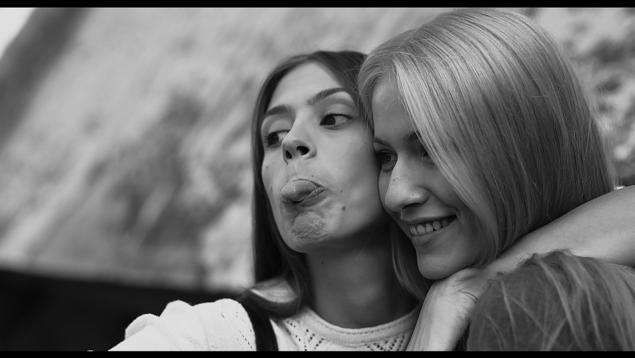 Coming from a country where homosexuality is still considered a disease by many of its citizens, “Open Wound (Otvorena)” is a risky and assured feature debut for the young and creative Momir Milošević who graduated from the London Film Academy in 2011.

It tells the story of Sara (the charming first-timer Milena Đurović) and Alisa (Jelena Puzić, superb) whose strong friendship is abruptly broken after the former confesses her feelings of love and desire for the latter (whom we meet in the very first scene, during an intercourse with her boorish bf). As they increasingly grow apart, Sara’s internal struggle begins to externalize, taking a monstrous form…

Obviously inspired by the works of David Lynch, especially “Eraserhead” and, to a certain extent, “Mulholland Drive”, Milošević aptly integrates the “borrowed” elements in his own coming-of-age-meets-unrequited-love narrative, offering a true breath of fresh air in the stale Serbian cinema. His style may be a bit too formal, but what a great style it is!

Most of the side characters are left off-screen or out of focus, with only their voices being heard, which proves to be a smart (if somewhat gimmicky) choice in emphasizing Sara’s obsession with Alisa. Essentially, the director places the viewer in the lonely and depressed heroine’s shoes and thus, pulls you into her crumbling world.

Gorgeously shot in stark B&W by Ivana Rajić and enveloped in gloomy soundscapes by Zoran Radulović, this brooding blend of arthouse drama and grotesque horror boasts a thick atmosphere of palpable uneasiness. The line between harsh reality and vivid nightmare gets progressively blurred, allowing the possibility for different interpretations.

“William, the New Judo Master (William, el nuevo maestro del judo)” is about “the search for love and the fight against oblivion”, as the official synopsis notes. It also says that it “portrays the universe of an eternal being that exists within a life cycle”, but let’s make this description a little bit clearer.

“An eternal being” is the Devil himself, sporting red, beady eyes, hairy face, beige suit and white boots, while observing the strange “shenanigans” through the huge piece of glass held by a couple of buff, bare-chested men.

The oblivion part refers to the Swedish-American folk-singer William Clauson who’s famous for “La Bamba” and is now leading a hermit’s life in a ramshackle garage in Tijuana, Mexico. As far as the love part is concerned, there’s a middle-aged actor, Edward Coward, who is supposed to play Clauson and whom we follow in a fourth-wall-breaking scenario involving large, wooden box and male prostitutes.

“The trick is to keep breathing”, to quote the lead singer of Garbage. Two “narrative threads” are inseparably intertwined in a wickedly odd amalgam of queer fiction and two meta-documentaries (or rather mockumentaries?), interrupted by ostensibly random vignettes of a whale corpse, ghost ship, drunk octopus hunters, dusty 4-wheeler races and a tree with nine-millennia-old roots.

This ambitious piece of avant-garde cinema is the second collaboration project between the daring newcomers Omar Guzmán and Ricardo Silva. Armed with wry sense of humor, the directorial duo touches upon a variety of themes, such as human nature and creative/filmmaking process. Helped by their team’s third most important novice – the DoP Adrian Durazo, they deliver the film of eccentric, sourly sweet beauty.

“A minimalist road movie with a surreal sense of humor”, in the words of Stephen Dalton (for The Hollywood Reporter), “The Garbage Helicopter” appears as a wildly odd, hyper-deadpan cross between Davide Manuli’s and Roy Andersson’s works peppered with a handful of Jarmusch-esque “hipsterism” and tiny pinch of Lynchian… je ne sais quoi.

Drenched in the absurdity of everyday life, it follows three Romani siblings on their mission of returning an ancient wall clock to their grandmother who lives hundreds of miles away. During their journey, the trio keeps coming upon various mundane objects larger than a huge “Art House” sign above the entrance of the building at one of their stops.

Their visits to the world’s biggest cheese slicer, cleaning brush and garden chair operate as a dry running gag amongst many others, including crosswords, bubble wrap, speed cameras and “We do speak Swedish” reply each time their interlocutors address them in English. There’s an overarching sense that their quest could be a possible answer to a riddle that is posed time and again: “What keeps running but never gets anywhere?”

Fortunately and notwithstanding a few detours and accidents, they do reach their final destination where we’re introduced to another “puzzle” regarding the titular aircraft. Occasionally, the film’s quirks and deliberately monotonous pace do outstay their welcome, and yet you just can’t take your eyes off of the meticulously composed B&W tableaux shrouded in silence or melancholic music.

Bombarding you with high brow WTFery, the first-timer Jonas Selberg Augustsén pokes at casual racism and points to the loss of cultural identity due to globalization. At the moment, his debut is available worldwide (except Germany and Sweden) for FREE at Festival Scope official page, with English, Spanish, Italian, Dutch and Serbo-Croatian subtitles.