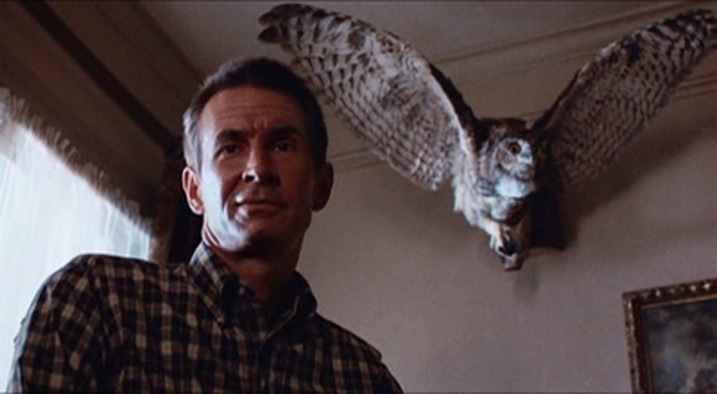 It was a wonderful time for horror, the 1980’s. With the home video market experiencing a meteoric rise in popularity, and the demand for new titles steadily growing, more filmmakers than ever before stood a fighting chance of having their films distributed and seen. In addition, a greater amount of overseas work was finding its way to English-speaking countries, further exposing cinefiles to the pleasures of a foreign perspective.

The horror genre was positively booming during this decade, supplying audiences with a steady stream of vampires, murderers, zombies, tiny ghouls, demons, and mutants; new trends emerged regularly, ready to be exploited by both eager artists and money-hungry producers. Listed here are ten exceptional horror films from this bygone era that, for many, got lost in the shuffle. 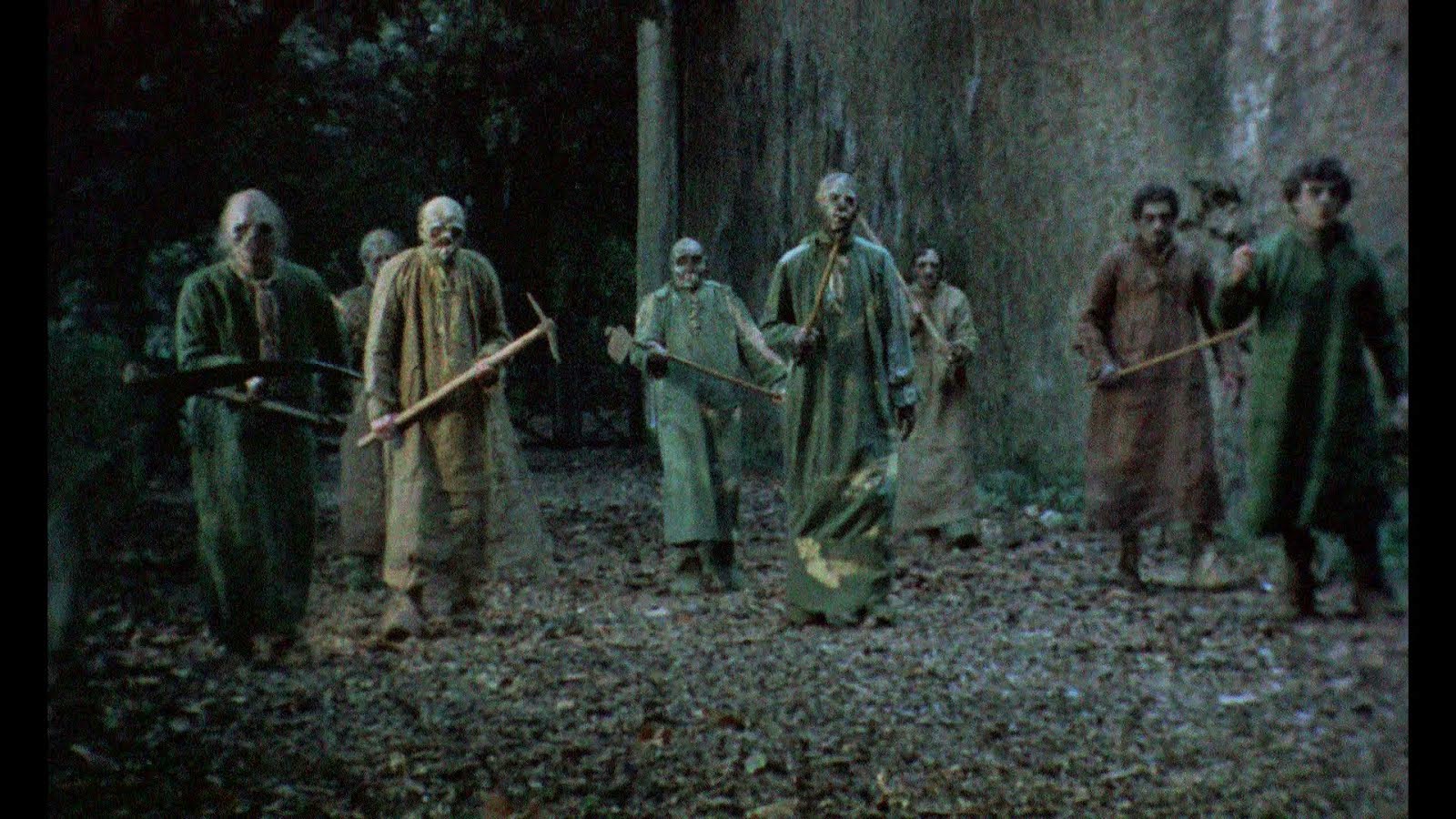 The worldwide success of George Romero’s horror epic Dawn of the Dead led to many foreign imitators, particularly from Europe. For a brief period in the early eighties, Italy churned out a slew of gory zombie films, many of which are hugely enjoyable (Zombie, Hell of the Living Dead, Zombie Holocaust). Choosing only one for this list wasn’t easy, but in the end it had to be Burial Ground, a freakishly perverse living dead romp from director Andrea Bianchi.

Set at a stately manor in the Italian countryside, Burial Ground is simple on its surface: three couples (one with a child in tow) arrive at said mansion, they frolic, the dead rise and attack. The zombies here are resurrected Etruscan monks, somehow appearing both cheap-looking and effective; slowly stumbling about in filthy brown robes, they resemble crumbling archeological artifacts, making it all the more surprising when they start wielding scythes and flinging knives with remarkable precision.

Burial Ground is especially interesting in its approach to the human characters, over-sexualized to the point of mania: these people are constantly running off to grope and fondle each other. Indeed, the whole picture is laden with a curiously sleazy vibe, best evidenced by the characters of Evelyn and Michael (mother and son, respectively). Michael and his mom have a close relationship. Extremely close. Uncomfortably close.

The gradual development of this incestuous subplot leads to one of the most insane, unforgettable scenes in any horror film, the sort of over-the-top moment you’ll remember and talk about forever. The role of 12-year-old Michael was, for obvious reasons, filled by an adult named Peter Bark, 25 at the time of filming; it’s indescribably strange to witness this unusual-looking, fully-grown (albeit diminutive) man behave like a prepubescent, continually calling out for his ‘Mama’.

Burial Ground is a masterpiece of fun trash, excessively gory and terminally weird. It serves up a unique cocktail of zombie mayhem, overheated acting, doom-soaked atmosphere, and outlandish sexuality. A recent DVD/Blu release from Severin Films allows audiences to finally view Burial Ground with subtitles, free of the laughable English dub it had been saddled with for many years. 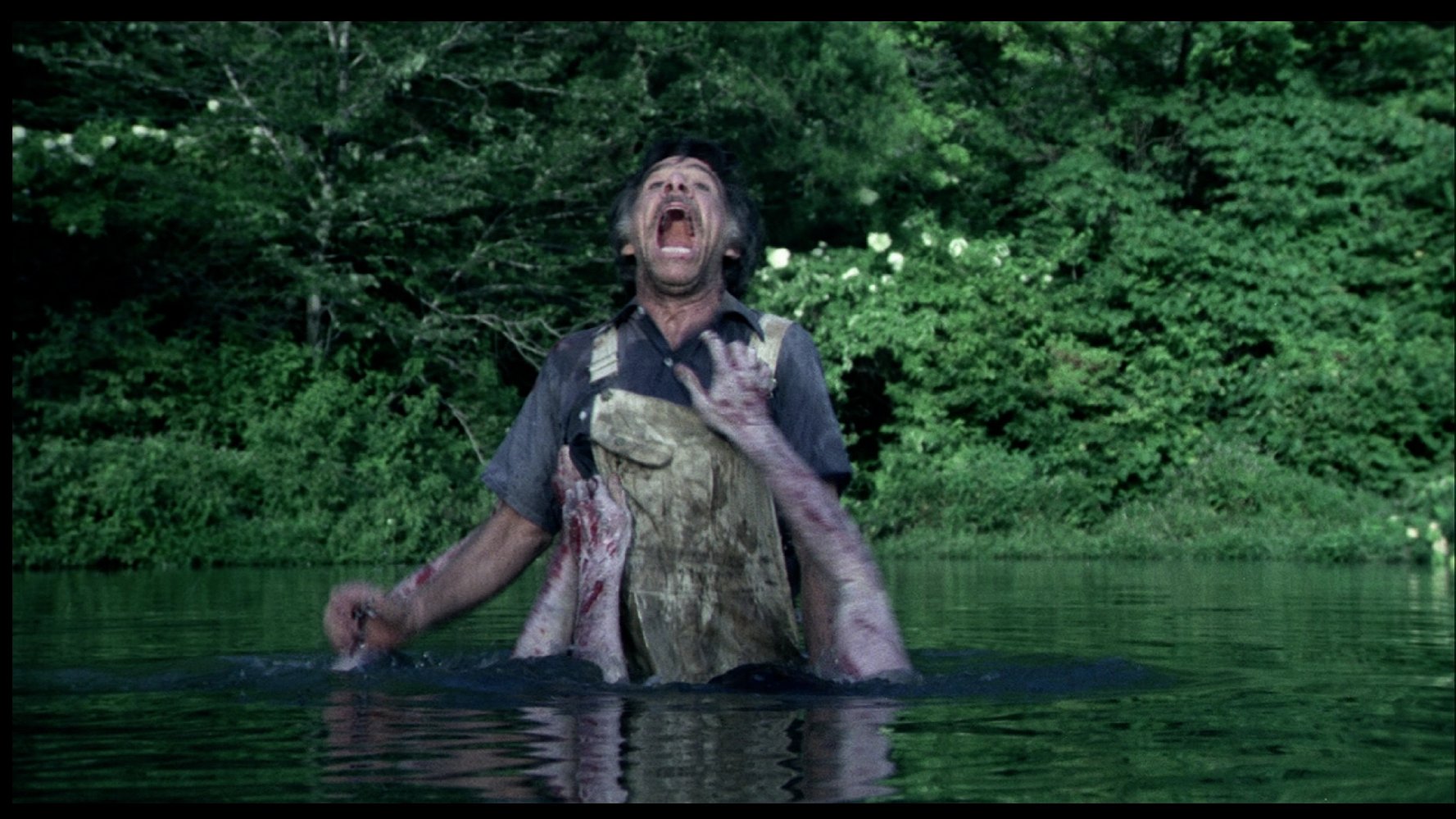 Throughout cinematic history, ghost stories have often been handled with some semblance of elegance and grace. It’s always nice to discover a fun, exploitative haunted house movie, and The Nesting perfectly fits that description.

The plot involves an agoraphobic novelist, feeling increasingly suffocated by her big-city surroundings, who purchases a crumbling Victorian estate in upstate New York. Of course, it turns out to be haunted by vengeful ghosts, and they’re far from pleased with the idea of a living inhabitant. It may sound conventional, but The Nesting flaunts a nifty hook: this ramshackle dwelling was formerly a 1920’s brothel.

The spirits inhabiting it in the present day are long-deceased prostitutes and their pimps, johns. It’s also structured rather like a slasher film of the era, with a number of ghastly death scenes sprinkled throughout the proceedings. Not that The Nesting is simply enjoyable cheese; while it’s firmly established in b-movie territory, several sequences in this film contain an admirable sense of imagination, and there are a few well-earned moments of suspense.

Director Armand Weston came from a background in pornography, and The Nesting bears telltale signs of an artist desperate to prove himself. In his favor, Weston displays considerable confidence behind the camera, demonstrates a keen understanding of the genre. Be that as it may, The Nesting remains his only legitimate feature.

The film was shot in Irvington, New York at the historic Armour-Stiner house. Armour-Stiner is a marvel of architecture that, prior to filming, had been vacant for a number of years. The then-current property owner filed a million-dollar lawsuit against the production after filming had wrapped, claiming they totally destroyed the house (amongst other complaints, she stated that the crew regularly urinated on the floors). 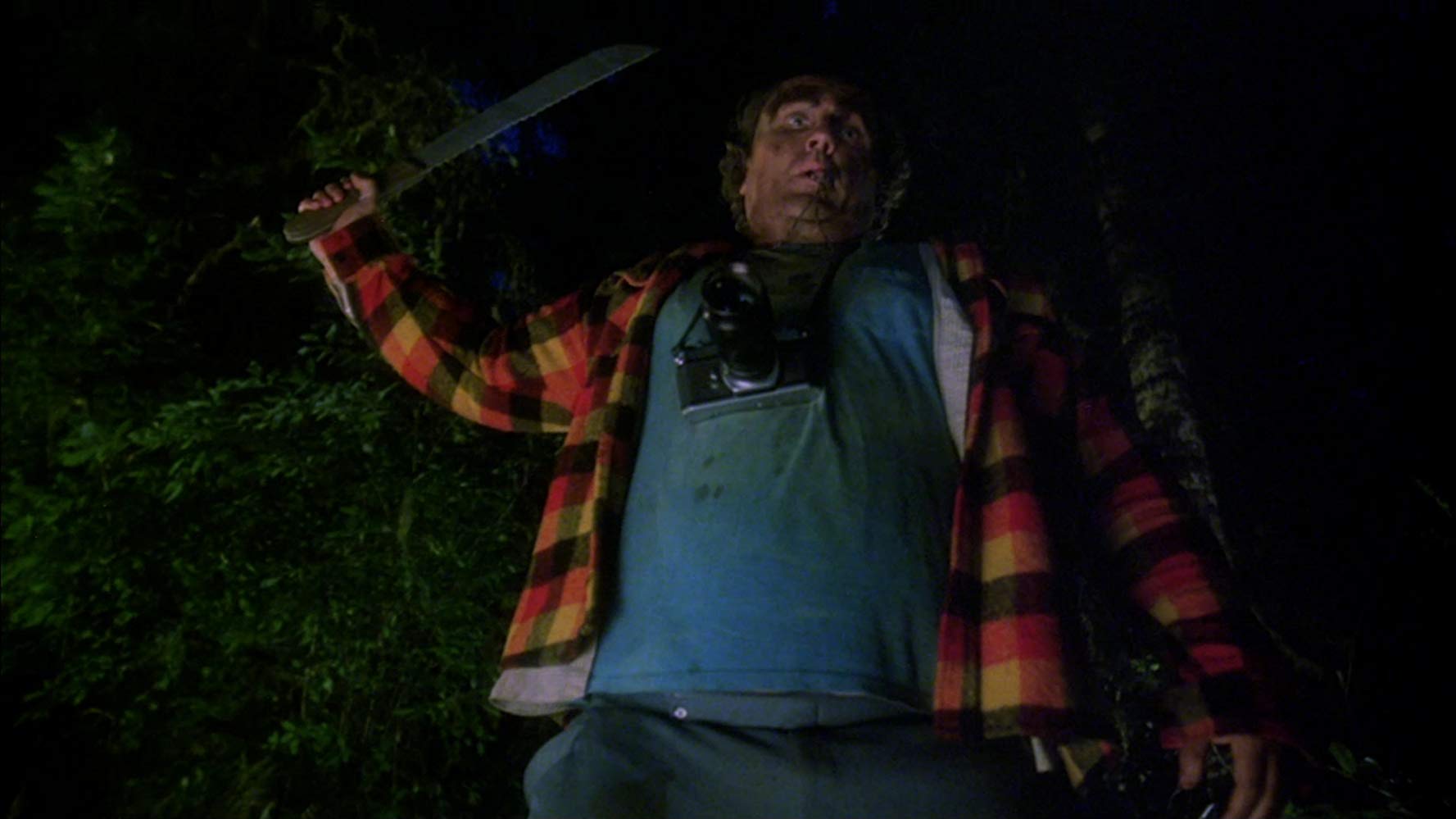 Jeff Lieberman is a filmmaker who has yet to receive the adoration he deserves. His early pictures, particularly Blue Sunshine and Just Before Dawn, are well-crafted, artfully presented horror stories, clearly products of an individual voice.

Just Before Dawn, Lieberman’s contribution to the backwoods slasher category, looms large as one of its strongest examples. It carves away all the unnecessary fat and delivers a taut, exhilarating ride, wisely emphasizing atmosphere and nail-gnawing tension over bloody histrionics.

The film revolves around a group of backpackers, high in the mountains of Oregon, who are preyed upon by a deranged, inbred madman. Characters are established naturally, the scene set carefully, and the horrific sequences are expertly staged; for most of the duration, Leiberman lets his villain remain hidden, seen only in glimpses from afar (looming in the doorway of a dilapidated shack, behind the curtain of a shimmering waterfall). He exhibits a masterful grasp of framing, space, and timing.

These elements unite to create a foreboding sense of mystery that pushes Just Before Dawn slightly above the level of efforts like The Burning, The Final Terror, or even Friday the 13th.

The film also contains one of the all-time great horror heroines in Constance, as portrayed by Deborah Benson. A good deal of attention seems to have gone into these characters, especially that of Connie: her convincing arc is yet another unique facet of Just Before Dawn that sets it apart from other genre entries. It’s worth nothing that Brad Fiedel, a genius composer known primarily for his collaborations with James Cameron, provided his first-ever score for this film.

Many would argue that Alfred Hitchcock’s Psycho didn’t warrant sequels but, for better or worse, Psycho blossomed into a franchise, spawning three further installments, a failed 1987 television pilot, and a universally derided late-90’s remake from Gus Van Sant (not to mention the recent series Bates Motel).

Prior to its release in 1982, Psycho II faced harsh skepticism from both the public and the industry. Surprisingly, it turned out to be a solid, faithful follow-up, silencing the naysayers by earning generally favorable reviews. Fans often regard II as the only sequel worthy of the Hitchcock original, but the third film, released in 1986 and directed by star Anthony Perkins, is criminally misunderstood.

Psycho III involves a young nun, suffering a severe crisis of faith after accidentally killing one of her fellow children of god. She checks into the Bates Motel and, before long, has stolen Norman’s heart. Unfortunately, the presence of Mother is still hovering in the background, ready to wipe out anyone who might “take away” her cherished son.

As it was the mid-eighties and dead teenager pictures were filling multiplexes, III occasionally caters to then-popular trends, emerging as the bloodiest entry in the series: this time around, ol’ Norm is supplied with a steady flow of oblivious guests to do away with. Perkins admirably embraced this violent material, and it even enhances the darkly comic, Grand Guignol vibe of his picture.

An admirer of Blood Simple, the Coen Brothers thriller from two years earlier, Perkins held a pre-shoot screening of Simple for his cast and crew. He even went as far as seeking out its score composer, Carter Burwell, to write music for Psycho III.

A glorious union of Coen-esque sensibilities and 80’s slasher trappings, III flaunts a morbid comedic streak, lush cinematography from Bruce Surtees, a drop-dead gorgeous Carter Burwell soundtrack (one of his best), and excellent performances. Perkins, at that point in his career, had worked under the direction of many a talented artist, and this film confirms that he’d learned an awful lot from his teachers. Psycho III stands on its own, a minor classic that cries out for reassessment. 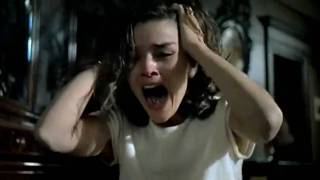 Yet another film on this list made by moonlighting pornographers, Chuck Vincent’s Deranged is pure gold, a triumph of imagination over lack of resources.

Not to be confused with the (very good) Alan Ormbsy film from 1974, Deranged is a psychological horror tale set almost entirely within the confines of a one-bedroom apartment. Joyce, a pregnant thirty-something woman, is alone in her condo while the husband is away on a business trip.

One evening, a burglar breaks in and savagely attacks Joyce; she manages to kill the intruder in self-defense. This traumatic event has a devastating effect on our protagonist, dredging up long-dormant memories and sending her into a state of utter madness. These painful recollections (many involving a disturbing relationship with her deceased father) awaken within Joyce a murderous rage, and she presents a real danger to the occasional visitors who drop by.

Even more so than Armand Weston’s The Nesting, Deranged is an example of hungry filmmakers with meager resources, desperate to convince the world that they can tell a real story. They admirably succeeded, their picture a masterclass in how to achieve much with very, very little.

Sadly, it was barely noticed upon its release in 1987, and is hardly spoken of today. Beyond ancient VHS copies and YouTube, Deranged is languishing in undeserved obscurity, virtually impossible to find. This is a phenomenal little film, and it stands in serious danger of becoming lost to time.