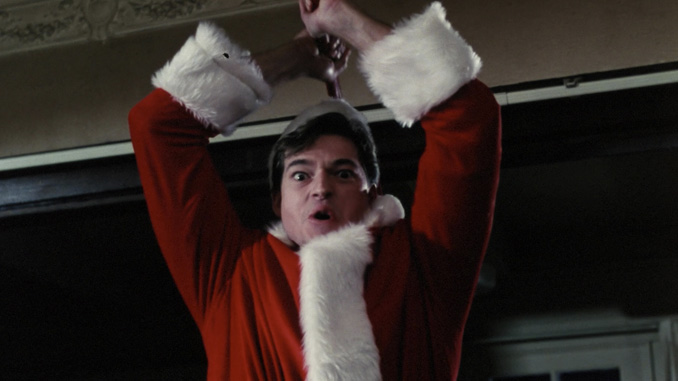 The original Silent Night, Deadly Night was an unexpected hit, largely due to enormous controversy surrounding the films concept of a murderous Santa Claus. An abnormally mean-spirited helping of slasher mayhem, it focuses on a young man named Billy who, along with his baby brother, witnessed the brutal of murder of his parents at the hands of a carjacker dressed like Saint Nick.

Only a child at the time, Billy has grown into a dangerously unstable adult and one Christmas eve he snaps, donning the fuzzy red suit and embarking on a murder spree. It’s a straightforward, serviceable genre entry that suffers from the usual flaws, but Part 2 is a different case entirely; it IS a flaw.

Silent Night, Deadly Night Part 2 fails so wonderfully, so perfectly in every way that it defies criticism, the most lovable of cinematic train-wrecks. Part 2 revolves around Ricky, Billy’s younger brother, locked away in a mental institution. Eric Freeman, as Ricky, turns in one of the most unintentionally hilarious performances in all of cinema, more awkward than you can imagine or I can possibly describe.

The early portion of SNDN 2 is primarily comprised of clips from the original film: for the initial 30 minutes, the movie hops between a sort of ‘greatest hits’ reel of moments from SNDN and a hysterically overheated one-on-one session between Ricky and his psychiatrist.

The remaining hour, in which Ricky delves into his own past (and eventually breaks out of the hospital), is when SNDN 2 truly begins to shine. Once Eric Freeman takes center stage, the picture skyrockets towards unforeseen levels of hilarious ineptitude, chock full of dreadful dialogue, stiff acting (Freeman is far from the lone offender), and wacky plotting. In their own way, bad movies can be just as enjoyable as good ones, and Silent Night, Deadly Night Part 2 proves that fact with ruthless efficiency.

An addendum: SNDN 2 happens to be blessed with a fantastic, thoughtful musical score from Michael Armstrong (his only film credit); it’s inconsistent but often effective, and much better than the picture deserves. The main theme, heard over the opening titles, is legitimately beautiful. 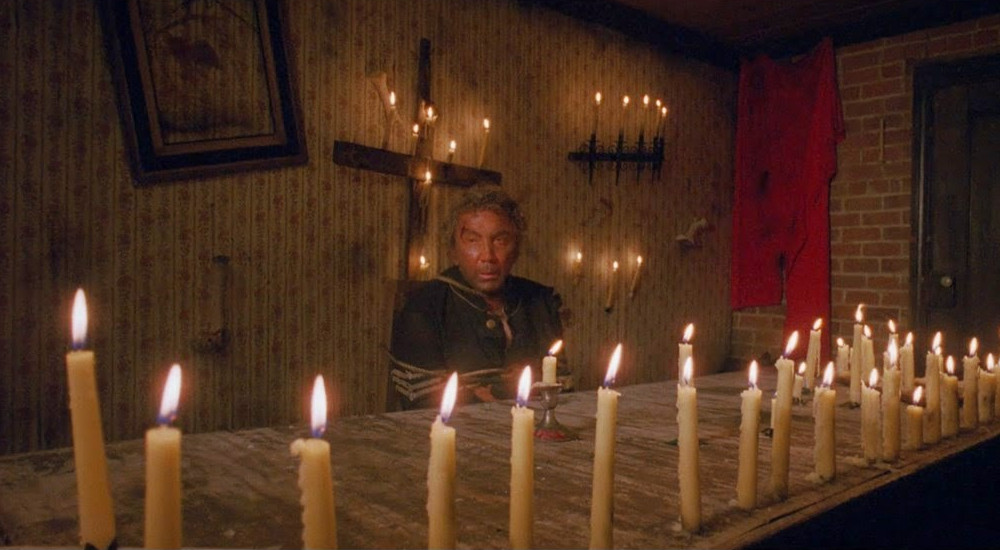 From a Whisper to a Scream is the debut offering from director Jeff Burr, an anthology film that largely succeeds where many others have failed. Set in Oldfield, Tennessee, Whisper’s four segments are tied together with wraparound bits involving the town historian (Vincent Price) being interviewed by a curious reporter.

Oldfield’s history is “written in blood, on pages of human flesh”, as Price puts it, and he attempts to prove this by sharing four gruesome tales with the writer, traveling backwards through the town’s sordid timeline. The first contains the films strongest performance, from Clu Gulager as a tightly-wound warehouse clerk with an all-consuming longing for a female co-worker; his obsession eventually turns deadly and extends beyond the grave.

A wisely-chosen opener, daring and grotesque. Up next is a piece set in the 1950’s: Terry Kiser (of Weekend at Bernie’s fame) portrays a lousy thug who comes into contact with an old voodoo man in possession of the secret to eternal life. Well told and impeccably performed (the music during this section is also particularly strong), it’s a classic comeuppance story with a satisfyingly shocking denouement.

The third sequence involves a glass-eater with a traveling circus who falls in love with a young audience member; this yarn is by far the weakest link, with little to recommend it. Luckily, Burr saved finest portion for last: taking place during the Civil War, it depicts a gathering of Union army infantrymen that happens upon a group of malevolent children, murderous war orphans with a twisted philosophy and an arsenal of sharp weapons.

From a Whisper to a Scream isn’t perfect (that third segment is a complete dud, and the scenes with Price are laughably hokey), but it bursts at the seams with a playful, nasty sense of spook-house fun that proves hard to resist. While Jeff Burr went on to direct a number of films, this one easily remains his best. It was originally released in many territories under the title The Offspring. 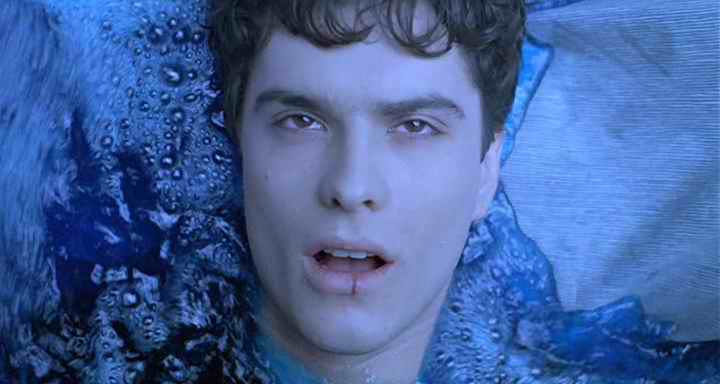 A brilliant writer/director based in New York City, Frank Henenlotter has always experienced difficulty acquiring funding for his projects. Of the (sadly, few) films he’s managed to get made, three stand as undeniable classics of the horror genre: Basket Case, Frankenhooker, and his ultimate achievement, 1988’s Brain Damage.

A master of the low-budget concept, Henenlotter was on fire when he made Brain Damage, which tells the story of Brian, a young city-dweller who crosses paths with a repulsive worm-like creature named Aylmer. Aylmer is a seemingly friendly little fellow, about one foot in length and surprisingly well-spoken, who offers Brian a tantalizing blue liquid that induces extreme euphoria and vivid hallucinations.

There’s a catch, however: Aylmer requires that you feed him brains, specifically human brains, and he has a pretty hefty appetite. Brian develops a gnawing habit for the juice, and his life completely unravels as he roams the streets in a drugged-out stupor, searching for more brains to satisfy little Aylmer.

Both an outrageous horror movie and a potent allegory for drug addiction, Brain Damage is simultaneously trashy and profound, a rare feat in the world of b-movies; it’s also remarkably funny. Henenlotter’s work pulses with an infectious love of cinema, and his passion is evident in every single frame of Brain Damage. He possesses a strong awareness of, and respect for, exploitation film requirements – blood, sex, nifty effects – and never fails to deliver.

Furthermore, he subjects these prerequisites to his eccentric interpretations, in turn crafting some of the most distinctive horror pictures ever made. With Brain Damage, he reached his zenith. 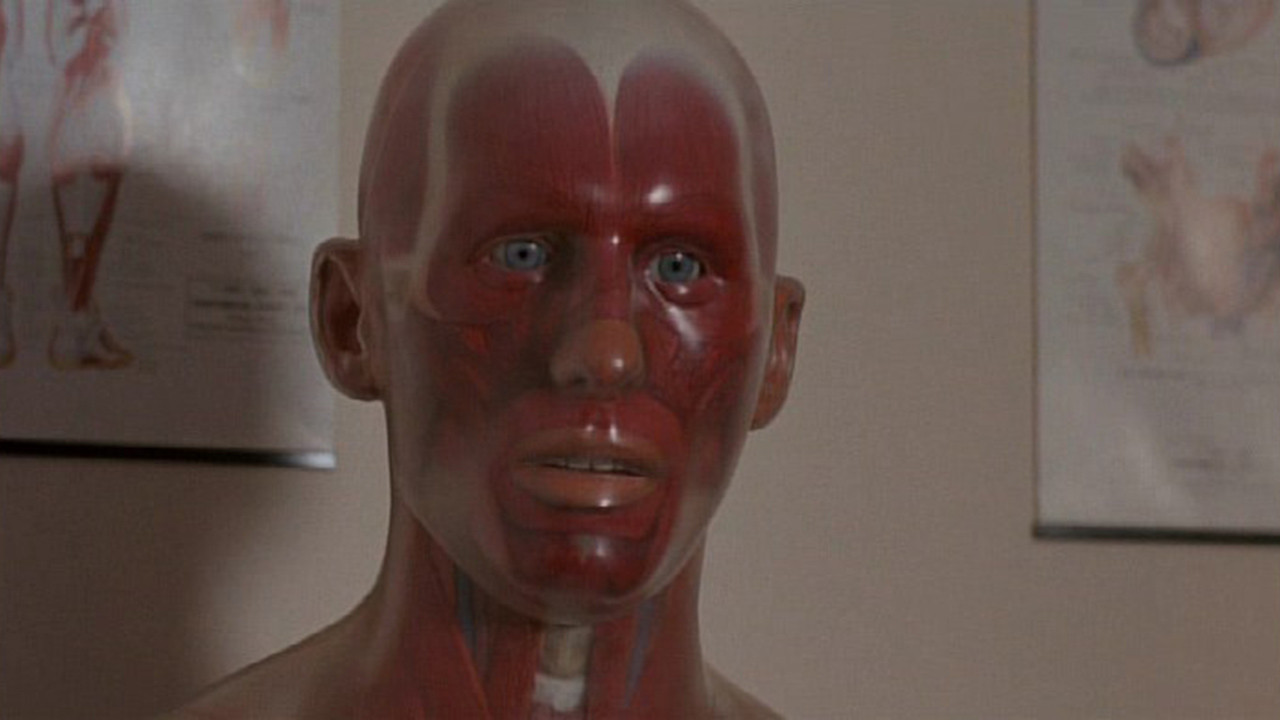 Based on a novel by Andrew Niederman (The Devil’s Advocate), Pin is an intelligent, slow-burn psychological chiller from Canada. It centers on two siblings, David and Ursula Linden, raised in high society under the strict supervision of their father (Terry O’Quinn), a no-nonsense medical professional.

Dr. Linden has a great deal of difficulty communicating with his children, regularly choosing to do so with the aid of a life-sized anatomical dummy he’s dubbed Pin. If the kids come to Dad with a question regarding their thoughts, bodies, or sexuality, he simply places Pin on his lap and, utilizing a talent for ventriloquism, explains these things to them.

Years pass, brother and sister grow older, but Leon (unlike his sister) never loses his affection for Pin. When the father dies, leaving teenaged Ursula and Leon alone in their immense, empty house, Leon’s dependency on Pin assumes disturbing new dimensions; irrevocably damaged by this unorthodox parenting technique, Leon is unable to accept that Pin isn’t a sentient being.

Anyone who questions him, or threatens to come between the boy and his dummy, suffers extreme consequences. It’s profoundly unsettling, but the film has a somber, almost mournful tone at times: Leon, lonely and hopelessly socially stunted, has no other individual to relate to aside from this inanimate plastic figure.

Far from just the story of a creepy guy and his doll, it’s also a thoughtful, carefully constructed examination of mental illness. There are moments in this film that terrify, and others that will break your heart. It inexplicably failed to garner an American theatrical release, and was sent directly to video store shelves in January of 1989. Pin is the literal definition of a hidden gem.

Young Billy wants for little, but has always felt strangely out of place, like he doesn’t belong; gradually, he begins to realize that the elite members of society he lives amongst, including his own family, are hiding some kind of fiendish secret.

The initial hour of Society is a slowly evolving mystery with a bright, John-Hughes-on-acid vibe, as Bill suspects something is amiss but can’t determine exactly what it is. The final half hour, when all is revealed, is absolutely remarkable, unquestionably one of the greatest (and most revolting) conclusions in the history of horror cinema: you will never, ever forget it.

Few 80’s genre films are as ferociously subversive as this one, but unfortunately Society proved too sly for its own good: while it was a modest success in Europe, American audiences mostly ignored Yuzna’s staggeringly original picture, and it remains hopelessly obscure. Society is a striking film with a cynical, frightening outlook that still resonates today. A true original.