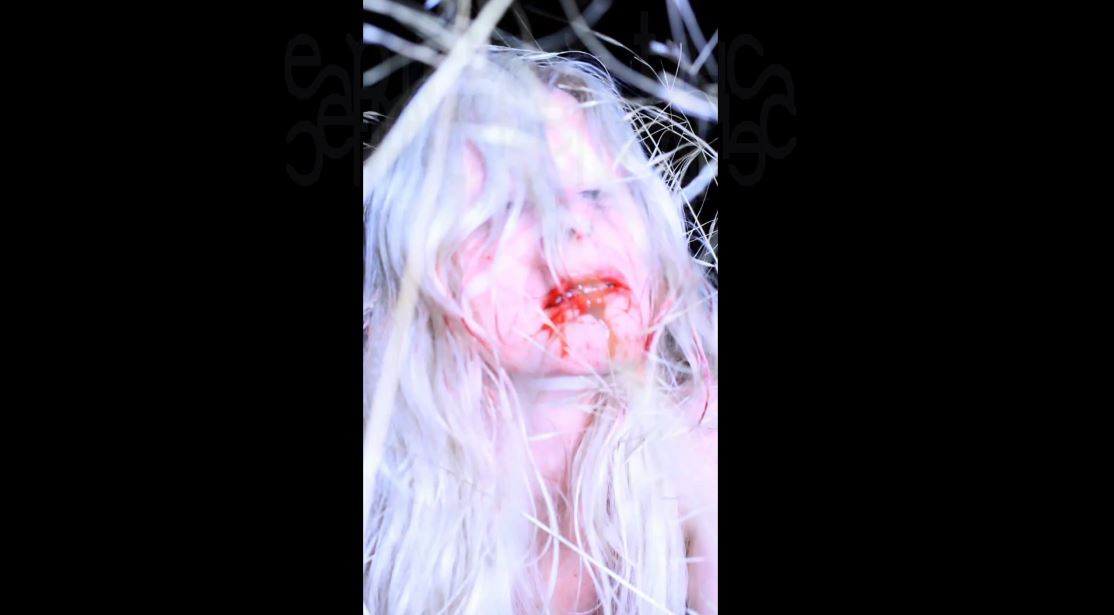 To call “White Epilepsy” an acquired taste would certainly be an understatement. A radical new model of experimental filmmaking, this divisive, genre-defying, unfathomable piece of avant-garde cinema is uncompromising minimalism at its opaque best.

“A dreamed origin of humanity, an initial coupling”, in the words of the director himself, the film plunges you into the savage, primordial world wherein the absence of light holds the ultimate truth. Or is it maybe the birth of the distant and terrifying future following some cataclysmic events that we witness here?

Part nightmarish performance, part unsettling, non-narrative horror-drama and all an unflinching look at naked human bodies as waste landscapes littered with the vestiges of the subconscious, this tenebrous fantasy is so intense that it makes you hypnotized or rather, paralyzed, suspended in a death-like state.

In a forest, a man and a woman dance in extreme slow motion, as if choreographed by uncanny forces, until the “vampiric incident” occurs just before the end. They are the ciphers and their ritual is simultaneously sensual, puzzling and violent. Are they invoking the Void? Are they even alive or just phantoms of the eternal night?

Providing you with a unique experience that is difficult to put into words, “White Epilepsy” is the very antithesis of entertainment that the movie industry strives for. It demands your patience and total immersion, as it tears the very fabric of reality apart. 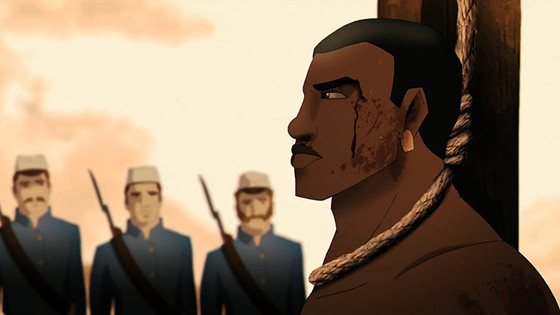 For the immortal warrior at the epicenter of Bolognesi’s first and only animated feature, history’s repetitive nature is pretty personal. Tightly connected to his love for the multiple reincarnations of a beautiful woman, Janaína, his story spans over 600 years, from the Portuguese Colonization of Brazil, through slavery, military dictatorship and all the way to the distant future, in 2096, when water is monopolized by a governmental corporation.

Divided into four chapters, “Rio 2096” sees our Highlander-like hero as Abeguar of the Tupinambá tribe living in the Amazonian rainforest, Manuel Balaio during the 1825 mutiny repressed by the Duke of Caxias, a member of Rio’s student resistance, Cau, in 1968, and finally, as a journalist, JC, who gets involved in an unsuccessful coup d’état of sorts organized by the guerilla.

Every time he dies, his soul turns into a bird who doesn’t stop flying until it finds the next Janaína. Always siding with the minority (she also does), he keeps fighting for justice, against the legendary evil force Anhangá embodied in the oppressors. But, he doesn’t get a happy ending, even though his eternal adventure somewhat resembles a fairy tale.

At one point, he laments over everyone he lost in the past: “My heroes never became statues. They died fighting against the guys from the statues.” These words speak volumes about the authoritarian societies, history textbooks and human forgetfulness, whereby the film itself sends a clear message – despite the odds, one should never kneel before a tyrant.

Bolognesi’s dark, fervent fantasy comes with the attractive angular artwork, painterly backdrops (that are almost certainly inspired by “Blade Runner” for the dystopian version of Rio de Janeiro), commendable voice acting and zestful soundtrack. It doesn’t shy away from the graphic depictions of violence and nudity, so it is definitely not a cartoon you would like to watch with a kid.

8. The Girl Behind the White Picket Fence (Stefanie Schneider, 2013) 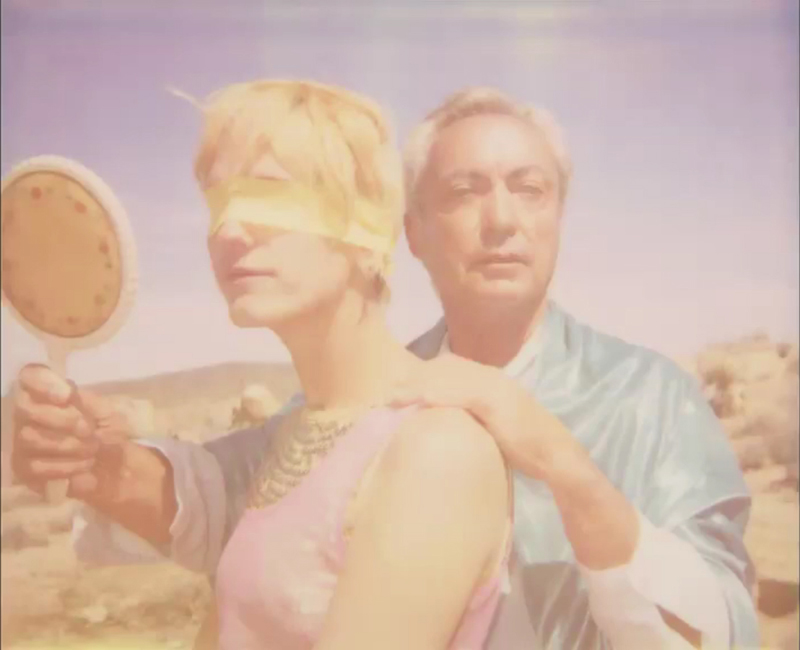 A “photo-novel” entirely composed of highly exposed Polaroid photographs (with a few Super 8 intrusions), “The Girl Behind the White Picket Fence” is the stellar feature debut from the German photographer Stefanie Schneider. Decidedly and, more importantly, delightfully retro, it revolves around a heartbroken girl, Heather (Heather Megan Christie), who dwells in a trailer inherited by her late parents, on a piece of a Californian desert, surrounded by the white picket fence, just like the title suggests.

Living with a pet-goat as her only companion, she has embraced solitary life after a tough breakup. And then, two glimmers of hope appear – the first one has the form of a local garbage man, Hank (Kyle Larson), and the second one is “aural”, contained within the voice of a Lonely Hearts Radio DJ (Steve Marshall). Now, she has two men competing for her affection, yet she’s unable to decide whether to pick one of them or keep going on her own, so she seeks help from a mysterious shaman (turned doctor in a dream sequence) portrayed by none other than the living legend Udo Kier.

The unusual love triangle “back-dropped by a feeling that our future is hopeless” is depicted as an oneiric suburban fantasy that favors melancholia over cheap sentimentality, coming off as an ironic meditation on our Sisyphean chores and futile pursuit of happiness. Its phantom-like protagonists are bathed in sunlit reveries, yet enclosed in the cocoons of their own thoughts, together with the demons from the past, somewhere on the margins of the American Dream.

Their illusory freedom, foibles and uncertainties feel universal and simultaneously, deeply personal, not to mention wonderfully matched with the vintage aesthetics of ethereal, feathery imagery that is accompanied by the calming “diegetic sounds” and mellow acoustic rock. The analogue tableaux vivants lull you into a hypnotic state, with their very imperfections (distortions due to the chemical mutations) working like the magick of Kier’s zany character. 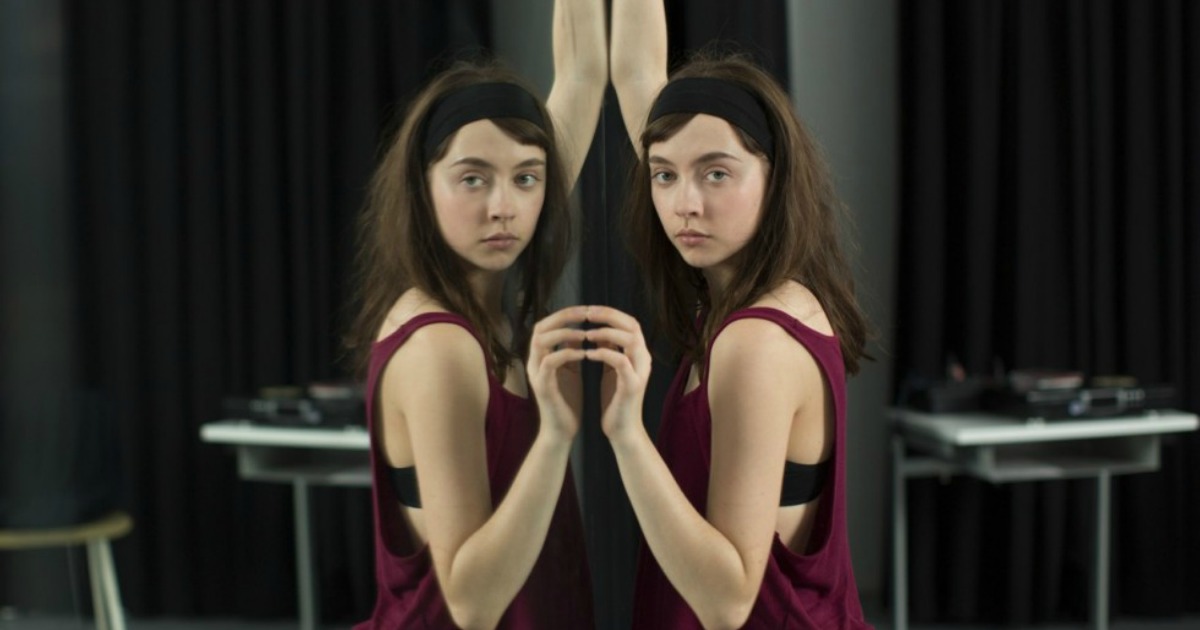 When you think of ballet, crossing your mind are probably svelte girls dressed in tutus, maybe “Swan Lake” and the Bolshoi Theater. If you are a cinephile, then you are familiar with the name of Pina Bausch via Wender’s 2011 documentary and you have almost certainly seen Aronofsky’s psychological drama “Black Swan”.

For the screenwriter and co-director Valérie Müller, as well as the prominent French choreographer Angelin Preljocaj, ballet or rather, modern dance invokes various associations, from frolicking around the park next to the nuclear plant, to (imaginary?) encounter with a reindeer, to carefully observing everything and everyone surrounding you, either in a subway or stuffy nightclub.

Their story – based on the 2010 graphic novel “Polina” by Bastien Vivès – is about living to dance and dancing to live, about passion smoldering even when it appears as extinguished and about many falls which don’t necessarily lead to success. They helm with assurance, both at first hand given that their careers are closely-knit to the art of dancing, and strive for the “loving deglamorization” of ballet, so to speak.

Putting themselves in the place of the titular heroine (exquisitely portrayed by the charming real-life ballerina Anastasia Shevtsova of the Mariinsky troupe), the directorial duo thinks in moves that are rigid or supple, elegant or explosive, learned or improvised, from the heart or from the brain, with dialogue serving only as a supplement.

Draped in a veil of mystery, their Polina – adored by Georges Lechaptois’s camera – travels from Russia to France, and then to Netherlands, in her quest for the elusive peculiarity that would make her complete, transforming from a little girl who thinks of dance as a reflex of sorts to a young woman who sees dance at every step she takes. And her artistic development doesn’t stop at the end which is marked by a powerful, hypnotic, almost surreal pas de deux on a stage covered in artificial snow. 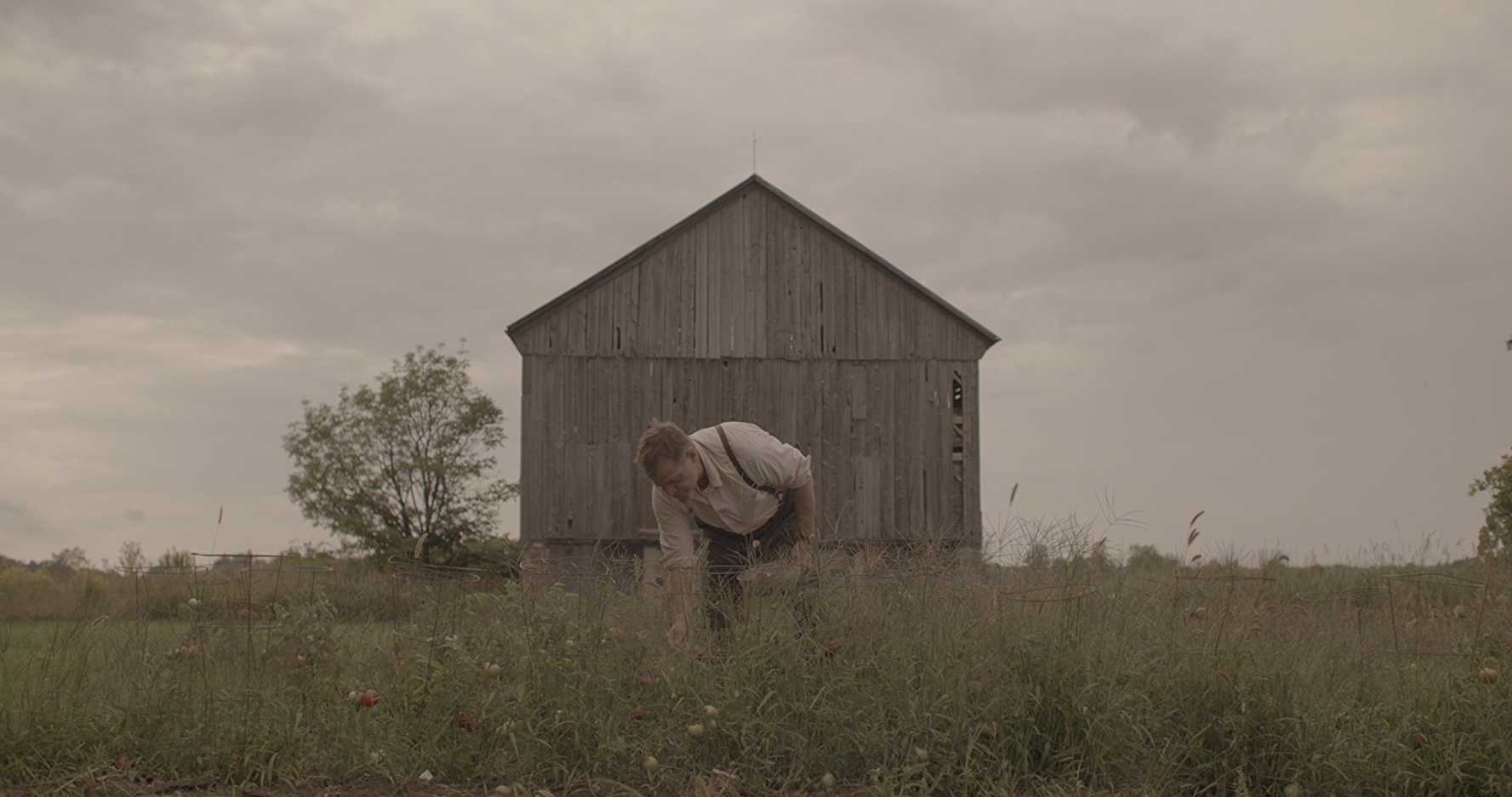 “Farm’s a dangerous place. Put that in your play.”

In the early ‘70s, a group of Toronto-based actors of Theatre Passe Muraille travelled to the rural heartland of southern Ontario, in order to study the lives of farming families, while laboring on their households to create stories from their own experiences. The result of that “little” experiment was “The Farm Show” which has been considered a milestone of Canadian theater ever since.

Thirty years later, the playwright Michael Healey revisited the aforementioned collective creation with his play “The Drawer Boy” that served as the basis for Arturo Pérez Torres’s first (and mighty impressive) foray into the fiction film.

An involving tale of friendship, art ethics, devotion and lost love begins with the arrival of a young actor, Miles (Jakob Ehman’s superb big-screen debut), at a farm of two aging bachelors, Angus and Morgan (the compelling performances by Stuart Hughes and Richard Clarkin, respectively). Being a geeky hippie type and a total stranger to driving tractors and milking cows, the inquisitive Miles has “slight” difficulties fitting into the new environment which Torres oft depicts with a sharp sense of humor.

However, following an “art imitating life rooted in white lies” twist, the film transforms from a leisurely comedy into a poignant drama laced with nostalgia and melancholia. When the ghosts and secrets from the past come to light, Angus and Morgan’s idyllic, brother-like relationship is put to test. All the while, “The Drawer Boy” holds you spellbound by virtue of the meticulous direction and gorgeous “vintage” cinematography of earthy tones.

471
SHARES
FacebookTwitterSubscribe
Subscribe via Email or RSS Feed
Pages: 1 2
Comments (9)
Great Movies From This Century You May Have Missed