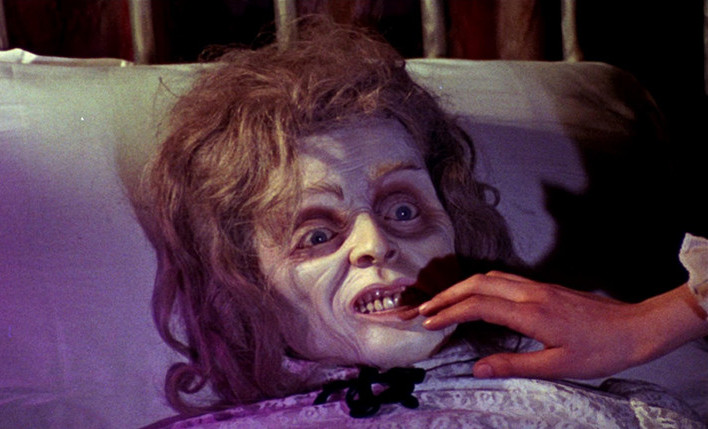 Mario Bava was, to put it simply, a genius. Not only did Bava direct the first ever Italian gothic horror movie, but he also contributed in the practice of founding the prolific subgenres of Italian Giallo films and slasher movies, becoming an inspiration for generations of filmmakers to come. Among these artists, Quentin Tarantino himself reprised many of Bava’s intuitions from Cani Arrabbiati (“Rabid Dogs”, 1974) for his debut film, “Reservoir Dogs”.

Son of the sculptor and special effects photographer Eugenio, Mario Bava started his career in the movie industry as a cinematographer, working under his father’s guidance. He went on to shoot and photograph two short movies by Roberto Rossellini, and soon found himself working for directors as famous and influential as Mario Monicelli and Luigi Comencini, capturing performances from the greatest Italian and international actors in the process.

It was only years later that he was finally able to put his directing skills to the test in his first low-budget short films; but what really changed Bava’s art and life were the amazing special effects that he designed for director Riccardo Freda’s works. “I Vampiri” (The Vampire, 1957), widely regarded as Italy’s first horror movie ever, featured the beautiful Gianna Maria Canale turning into an old terrifying woman without any cuts, an ingenious effect that Bava was able to pull off simply applying to the actress red grease pencil make-up, invisible when lit by red lights that could not be seen on black and white film stock, and just turning that light off to create the illusion of her suddenly aging.

Finally, in 1960, these strokes of genius (and the constant help Bava brought to the industry finishing off many films whenever and for whatever reason a change of director needed to happen) convinced producer Massimo De Rita to finance Mario’s first film, “La Maschera del Demonio” (“Black Sunday”). And so that year, one of the greatest and most interesting personalities in the history of the Seventh Art started his journey as a film director.

Here is a ranking of all his films, from worst to best. Enjoy! 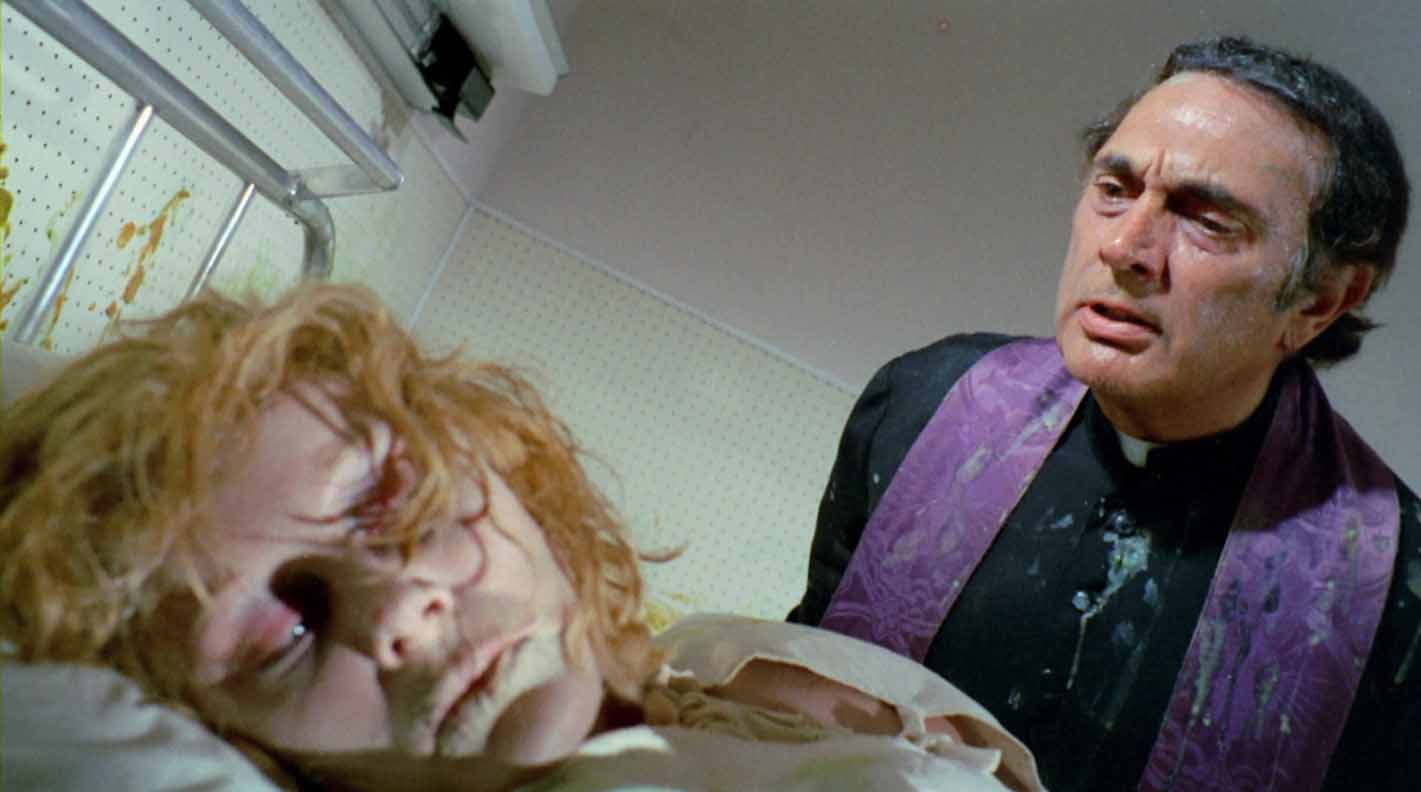 The first entry in this list is a movie with a very particular history. First things first: this film was not directed by Mario Bava. Or at least, not in its entirety. The story of this weird mess of a movie starts in 1972, when “Lisa e il Diavolo” (“Lisa and the Devil”, number 11 on this list), one of many Bava’s great films, was released and failed to draw any interest from critics and audiences alike, leading producer Alfredo Leone to believe that an international release would have been a financial disaster.

What made this situation even worse for Bava was the fact that getting a copy of the original version was not easy at all, leading many to think this disaster was all of his fault. Talk about real life nightmares…

The story revolves around Bud Massedy (Ken Clark), who finds a dying soldier in the desert and steals from his corpse a paper which authorizes a big payment to the U.S. Army from a near bank. Disguised as a cavalryman, Bud and his improvised gang are able to get their hands on the money, but the act ends in a shoot-out which kills a woman and forces the bandits to separate ways. While on the run, Bud crosses his path with some real soldiers and has to act as one of them, while also fighting off violent attacks from the indian tribe of the Osage.

Mario Bava’s first and only attempt to direct a conventional spaghetti western, “La Strada per Fort Alamo” comes off as a dull and generic adventure film, lacking a decent plot and any likeable character.

With a run time of only 75 minutes, the whole film still feels dragged and is never able to convey any surprising twist or just any degree of any given emotion, all leading up to a predictable and moralistic finale that remains to this day one of the most incoherent in the genre. Still, the cinematography is not at all bad and some of the camera work is interesting, allowing this film to be just slightly better than many other countless disappointing movies in the Italian western genre. 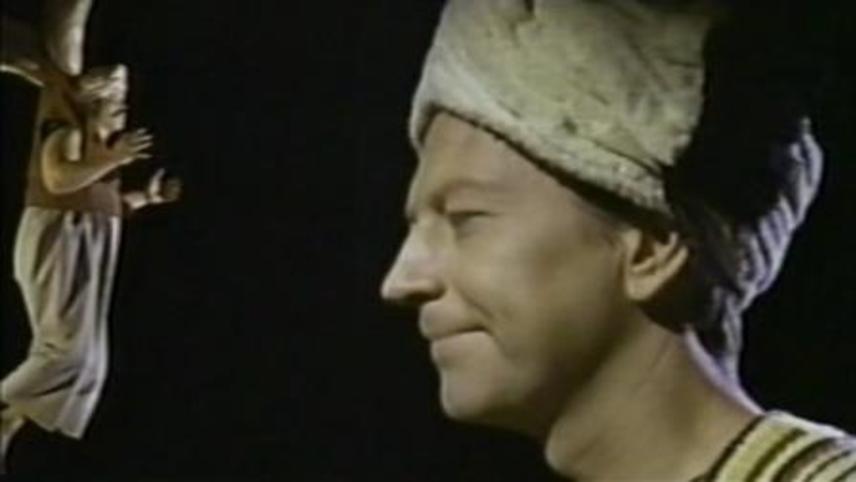 A project started by director Henry Levin for MGM, the movie was co-directed by Mario Bava, who also crafted the movie’s special effects. It is a whimsical and goofy retelling of Aladdin’s classic tale, with an over-the-top Donald O’Connor in the lead role. It interestingly features the unusual castings of Aldo Fabrizi and Vittorio De Sica respectively as the sultan and the Genie of the Lamp, who both do an enjoyable work but of course nowhere near their best performances.

It is overall a watchable film, but it ends up as a pure divertissement far from Bava’s stylistic standards, and is generally acknowledged to his estimateurs just for some imaginative visual effects, which thanks to Mario Bava’s ideas costed absolutely nothing and still manage to keep this adventure comedy funny to this day, even if most of them look terribly dated.

One scene in particular (the one in which Aladdin is turned into a giant thanks to one of his three wishes) is said to have been the inspiration for an infamous scene from the Italian television series based on Homer’s “Odissey”, whose Polyphemus was designed and animated by Bava himself, delivering almost every Italian child of that era nightmare fuel for many, many nights to come. 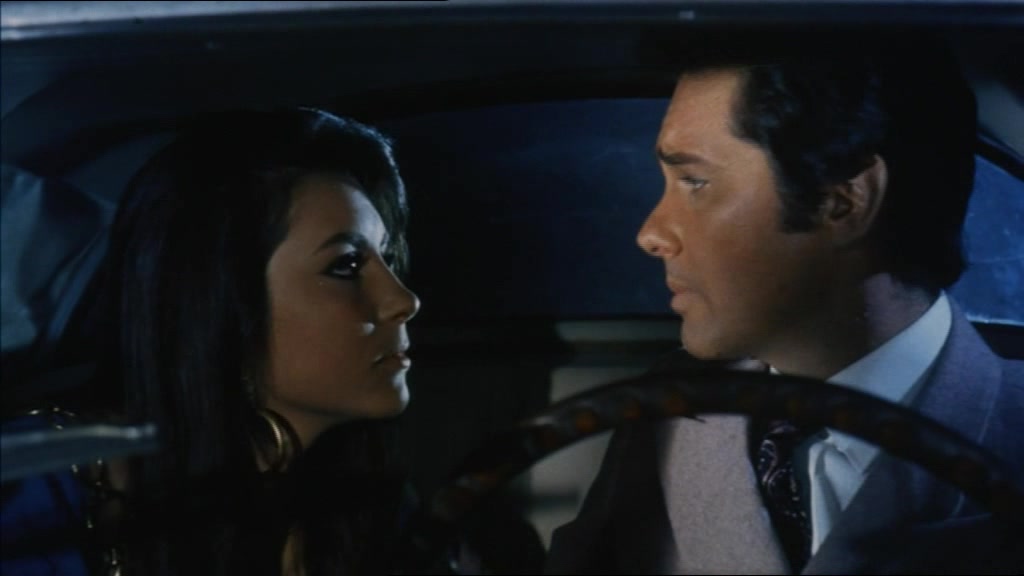 Tina (Daniela Giordano) meets John (Brett Halsey) in a park at night. Shortly after, she runs back home to her mother Sofia (Valeria Sabel) to tell her about the sexual assault she has just suffered. The same events are retold by other different perspectives (John’s, Tina’s doorman’s, a random psychologist’s), challenging the viewers in an attempt to find out where the truth lies.

In addition, most of the subtext to the screenplay can easily be read as homophobic, and while this was not at all Bava’s intention, he admitted he had basically no artistic freedom on any aspect of the project. A movie so dull it’s almost impossible to laugh at it, it definitely ranks as one of Bava’s lowest career points. 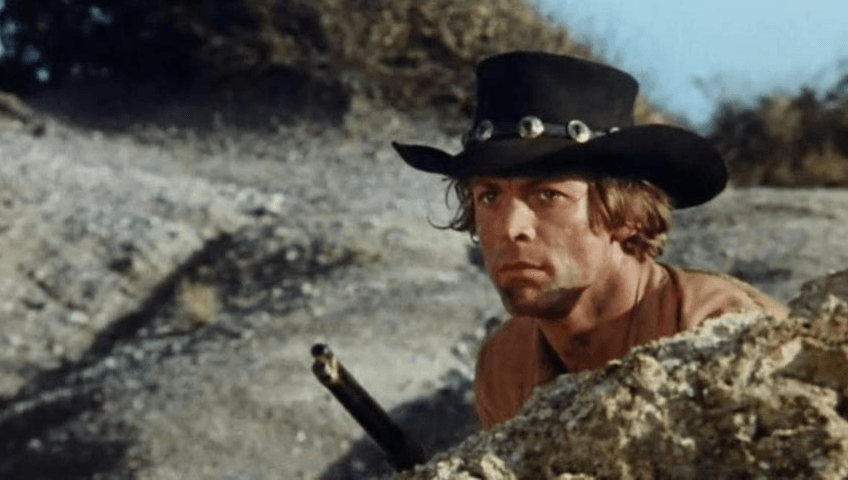 The second and last contribution to the western genre in Bava’s filmography, “Roy Colt e Winchester Jack” is a better film than “La Strada per Fort Alamo”, probably because of its constant refusal to maintain a serious approach to its derivative plot.

The movie takes just a few minutes to develop the two main characters and then becomes a proper comedy and satire of spaghetti western films (with some direct quotations to Sergio Leone’s “The Good, the Bad and the Ugly”), with plenty of slapstick gags, frequent punch lines and the hilarious Reverend played by Teodora Corrà stealing the scene from both of the main characters as the villain. Unfortunately, the action scenes are not that well executed… 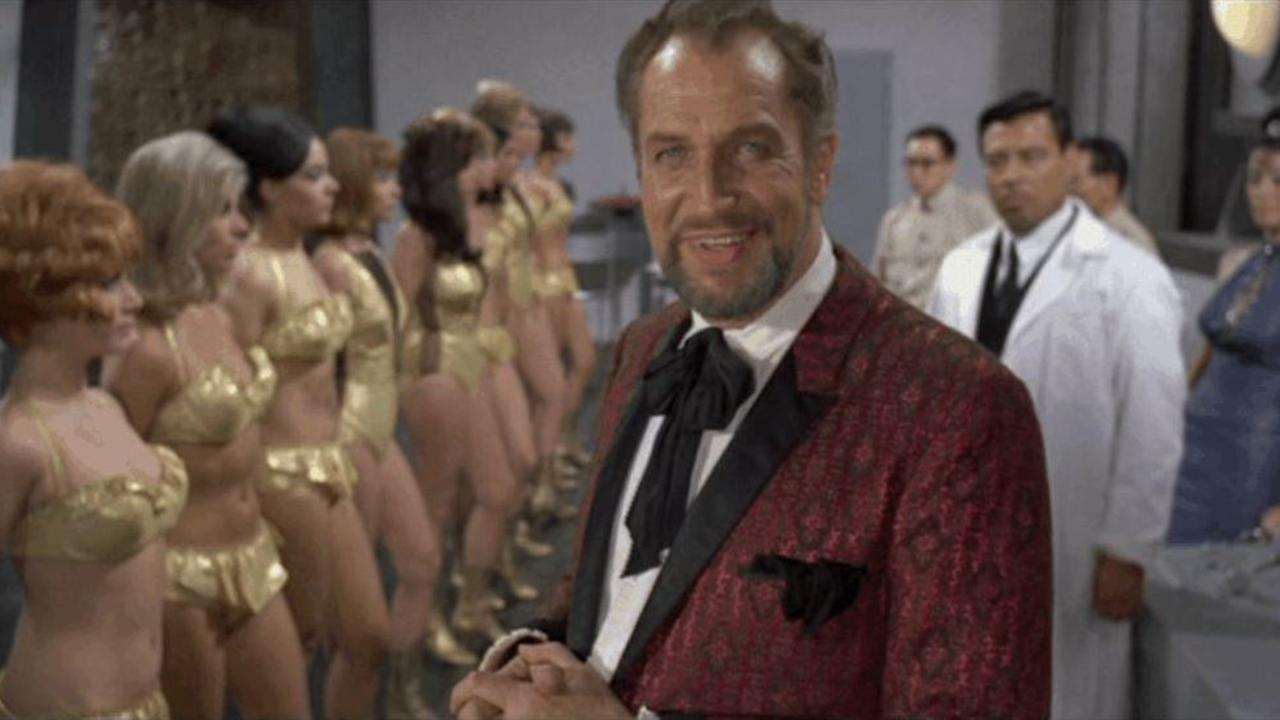 The comedy duo composed of Franco Franchi and Ciccio Ingrassia were the absolute stars of the Italian comic cinema of the 60s and 70s. They starred in every kind of comedy and parody films, and often adapted to their flair untouchable cult movies like Fellini’s “Satyricon” or Kubrick’s “Dr. Strangelove”.

In 1966 Bava finally had his chance to work with this dynamic duo, but the result is not one of the best out of any of the involved parts’ filmographies. The film tells the ridiculous story of two incompetent spies that are accidentally involved in the MI6 investigation regarding the infamous criminal mastermind Dr. Goldfoot. A flawless Vincent Price, curiously at ease in a role reprised from the previous year’s american film “Dr. Goldfoot and the Bikini Machine”, said about the on set experience: “the most dreadful movie I’ve ever been in. Just about everything that could go wrong, did”.

While the film is at times painfully unfunny and not at all well-written, it still has its moments, like the hilarious robot dance scenes. Nonetheless, most critics used to describe this movie as the absolute worst that ever came from Mario Bava. 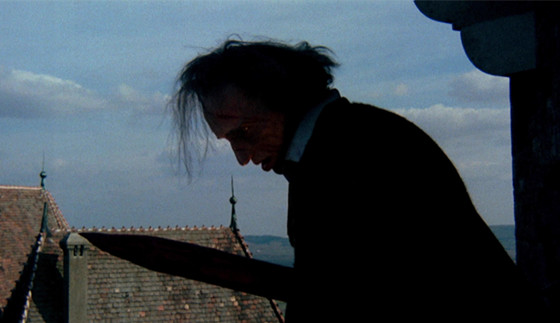 In this horror film Bava tells the story of Peter von Kleist, a young Austrian university student that during his investigations on his family’s mysterious past accidentally brings back to life his legendary ancestor Otto, that very same Baron that gives this enjoyable flick its international title. Of course, murder and horror soon unleash over the ancient castle, and Peter must do everything he can to stop the curse before it kills everyone he cares about…

With a simple and uncomplicated screenplay to work on, the Italian director still manages to build a fresh modern take on those Gothic films that he himself had started as a trend in the genre twelve years before, mixing creepiness with an unusual twisted sense of humour, shaping most of the homicides as little ironic experiments in tone and style, while also renouncing to overly sophisticated camera movements in order to simply tell a straightforward story.

It is the end of the year 1964 when director Leopoldo Savona abandons the production of the viking epic “I Coltelli del Vendicatore”, and Mario Bava is called to finally bring the project to a conclusion. Having seen Savona’s footage, Bava decides not to use anything from it and manages to rewrite the whole script and shoot the entire film in just six days.

The movie marks his third collaboration with actor Cameron Mitchell, who plays an enigmatic anti-hero which could be easily described as Shakespearean. After saving a widowed viking queen and her son from an aggression by the hand of the cruel ruler Hagen, the main character sets up to get his bloody private revenge while simultaneously trying to redeem the brutality of his own past actions, leading to some brilliant plot twists and a fair amount of good action scenes.

The movie in itself is definitely not a masterpiece, but just the facts behind its production alone are more than enough reason to give this minimalist adventure film a chance.