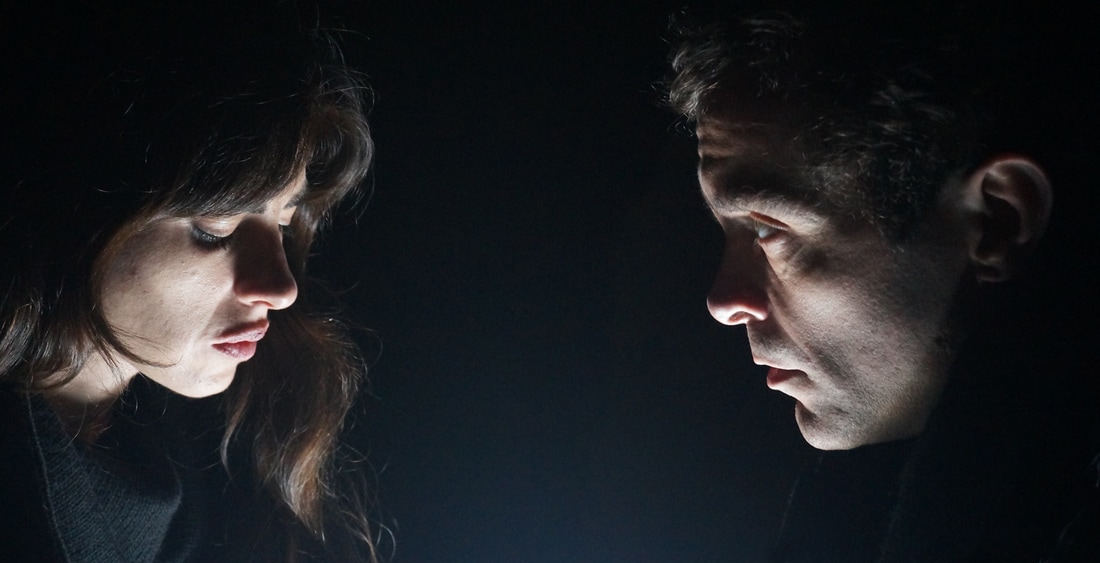 Exploring life and unconscious mind in their (dark) absolute, the “cine-pianist” Angelos Frantzis – at his most avant-garde (and best) – employs both myths and human nonsense “to reveal the symptom of the eternal battle between our instincts and our ethics”, as he puts it. But, since “neither meaning nor logic belongs to the author alone” (Shūji Terayama), his latest picture could be interpreted in more than one way.

Throughout the film’s first act which operates as a modernization/deconstruction/subversion of an ancient legend set in a reality rift, we are introduced to creepy masked children of a remote and very gloomy island (think the opposite of sunbathed Mykonos) where a strange beast appears. Looking like a rock musician under the influence of “Donnie Darko’s” Frank, “it” wears leather jacket, biker boots and tight black pants adorned with chains.

The creature’s eyes glow in the dark, turning everyone it encounters into nutcases and the only one bold enough to face it is a girl whose name hints at tragedy – Elektra (the admirable Katia Goulioni who debuted in Frantzis’s genre-defying experiment “In the Woods”). Her actions possess esoteric, ritualistic qualities and she seem to utilize them in order to face “Minotaur” and leave the labyrinth of her own construction.

During the answer-offering flashback powered by philosophical chit-chat, the narrative takes a turn to the conventional, making the predominantly lyrical, almost dialogue-less parts of Elektra’s story all the more precious. However, considering the heroine’s shaken mental state, one cannot be totally sure whether her memory is true or false, so the nightmarish, highly mesmerizing atmosphere is kept intact despite the said “intrusion”.

Once again, Frantzis collaborates with Coti K. who composes befittingly brooding soundscapes for his opaque “psychological fantasy” and captures some stunning imagery (many kudos to DoP Ilias Adamis) on a presumably tight budget. 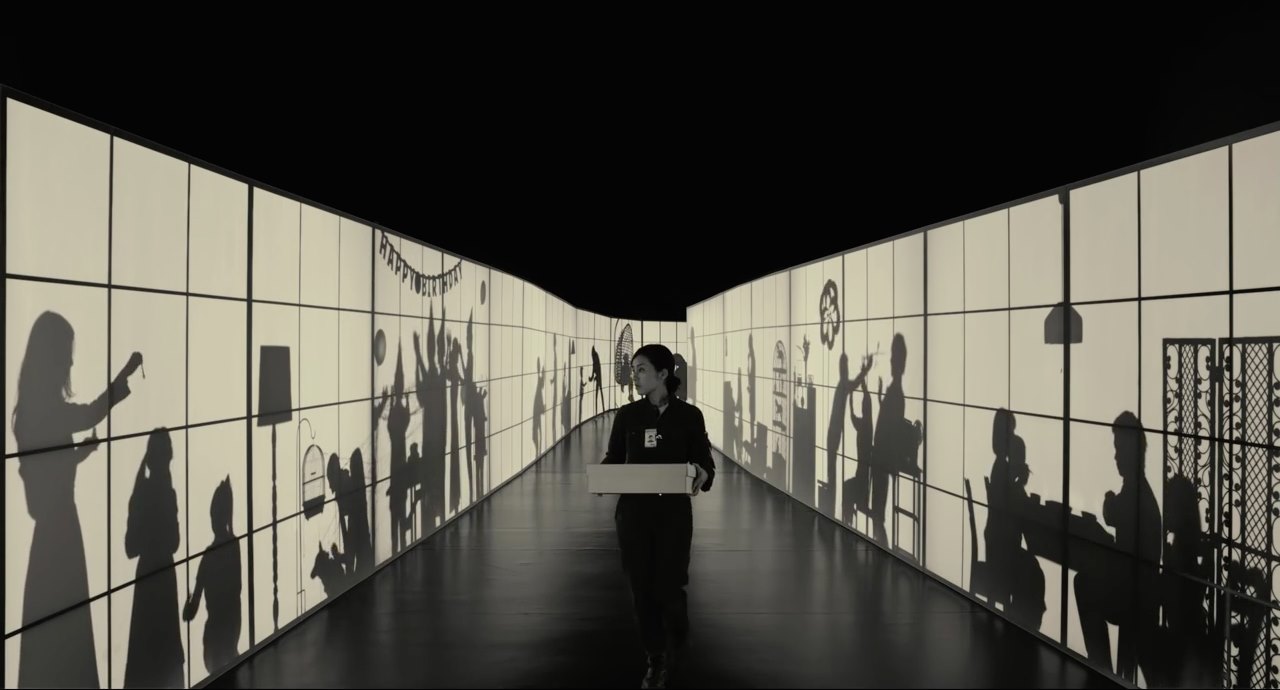 One of the most atypical Sion Sono’s features – a tranquilizing, languorously paced sci-fi drama – stars the director’s wife/muse Megumi Kagurazaka as an intergalactic mail-gynoid, Yoko Suzuki. Her composed, methodical heroine is perfectly suited for a job of delivering packages across the universe that takes years to be accomplished.

At one point, she asks herself: “Why do people cling to the old-fashioned ways after teleportation has been invented?” And the answer she will eventually find through the encounters with the mail recipients reads – nostalgia and the unpredictable human nature that led people to the brink of their extinction. What puzzles her even more are the contents of the parcels – trifles such as undeveloped film rolls.

The setting is a distant future, yet Yoko’s spaceship is equipped with antique gear and shaped as a traditional Japanese house, whereby her only company – computer command system M.I.M.E. – has the look of a tube radio adorned with Edison bulbs (and speaks in a mellifluous voice of a child). Between her daily chores that doesn’t differ much from those of a diligent homemaker, she has a lot of spare time to spend on listening to her or her predecessor’s audio-diaries on an analogue tape recorder.

Although nothing much happens, Kagurazaka commands our attention, as we follow her acquiring the traits of a living being, but we’re required to be at least half as patient as her heroine. Aside from her performance, the film boasts some gorgeous sepia-tinged cinematography, as well as the exquisite set design by Takeshi Shimizu. Topping that are post-apocalyptic-like locales of ravaged Fukushima dubbing as the remnants of terraformed planets and turning “The Whispering Star” into a soulful, solemn requiem for tsunami and nuclear disaster victims. 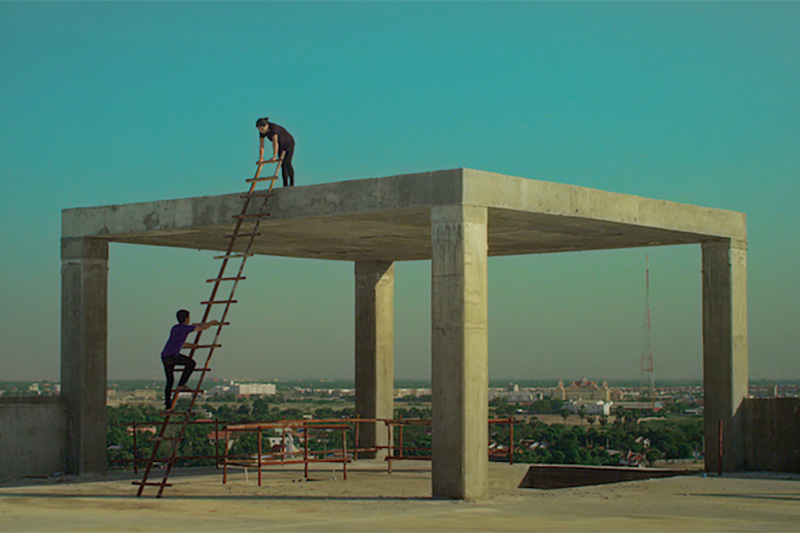 The most exotic co-production on the list is undeniably the fiction debut for the French-Cambodian helmer Davy Chou who provides impressive visuals and an insightful look at transitional Cambodia and disenchanted youth. Told from the viewpoint of its hero – and 18-yo country bumpkin, Bora, it brings a coming-of-age tale which portrays the huge gap between the destitute and the wealthy.

Portrayed by Sobon Nuon – the standout in the inexperienced cast, Bora leaves his village (and sick mother) and becomes a construction worker near the city of Phnom Penh. As irony would have it, he finds a job at the partially finished residential complex of Diamond Island where he could hardly afford a toilet. And the edifice – advertised as a future Heaven on Earth – is actually a kitschy, overpriced architectural monstrosity or rather, a money-wasting dump for the fat cats.

When he’s not carrying scraps around his dusty workplace, the boy frequents fairs and dance clubs accompanied by his peers peacocking in T-shirts of blinding colors (also contained in many details of the setting) in front of the local girls. One evening, he is reunited with his older, estranged brother Solei who seems to be involved in some murky business and is gradually “spoiled” with extra bucks and fancy presents. 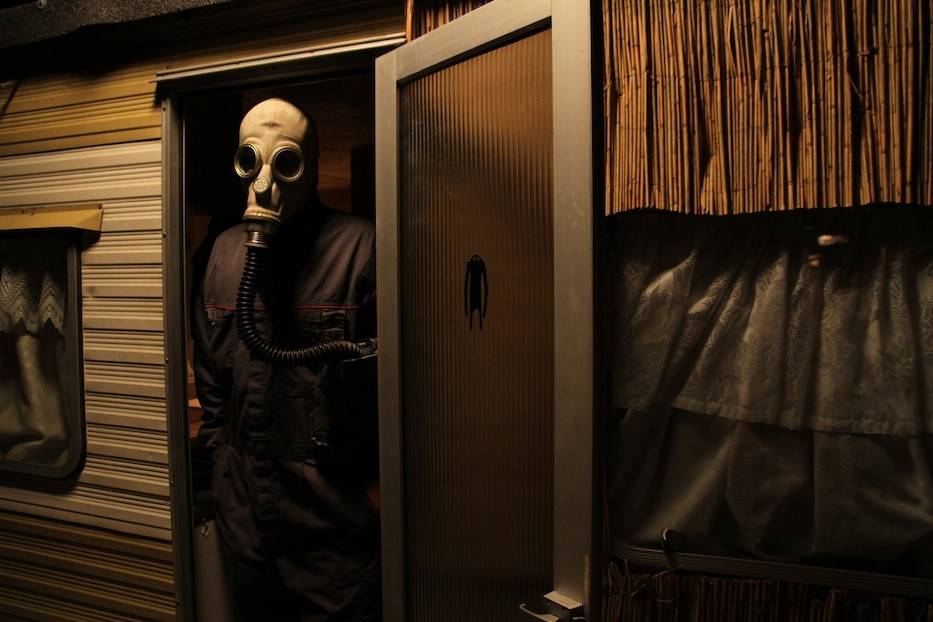 A letter short from Hell, Katarzyna Priwieziencew and Pawel Tarasiewicz’s stylish debut shares its name with the peninsula in the north of Poland where the fractured story takes place. The titular, off-season resort “welcomes” a slovenly, ill-starred American screenwriter, Jack (Philip Lenkowsky, breaking his supporting role curse), who arrives to work on a new script in isolation, but has a hard time finding inspiration.

Following a tourist girl murder and her friends disappearance, his luck changes for the better, yet two locals, Kail (Marcin Kowalczyk of “Hardkor Disko” fame) and Mila (the lovely first-timer Malgorzata Krukowska), assume he is the killer and begin the unofficial investigation of their own. However, there is something fishy about the seemingly nice Kail as well…

Taking a cue or two from David Lynch, the directorial duo boldly blur the boundaries between gray reality and grim fiction, dreams and hallucinations to puzzling effect. They adopt fill-in-the-blanks attitude and stubbornly refuse to give us answers, leaving the mystery unsolved, red herrings lying around and the viewer guessing the characters’ true intentions all the way to the end.

Is everything just a figment of Jack’s imagination and does Hel stands for the inner hell of his own making? What meanings, if any, are hidden in “Twin Peaks”-esque “shenanigans”? These and other questions linger in our minds days after watching the film whose biggest strengths are the bluesy soundscapes and compelling 35mm cinematography. 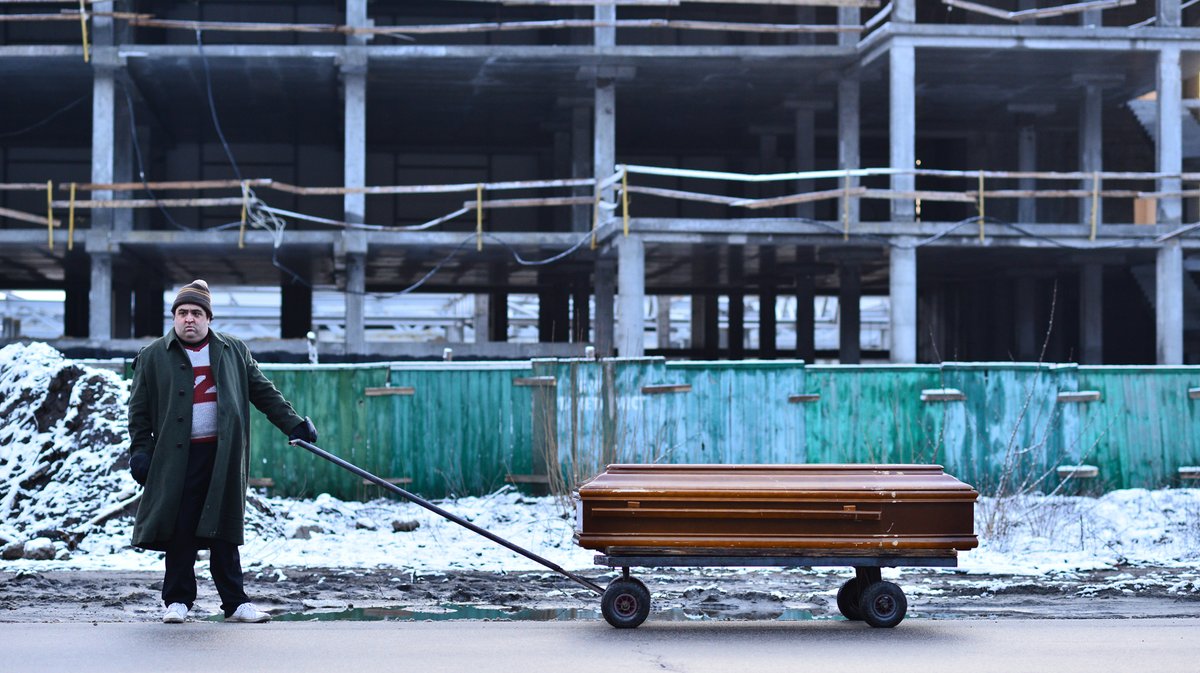 Titled after its protagonist nickname, “Easy” follows a former kart-driver and now a depressive and overweight middle-aged man on a life-changing road trip arranged by his younger and ostensibly successful brother. From his home in Italy to the Ukrainian Carpathians, he is supposed to take a coffin with the body of a bricklayer who died in a construction site accident. As soon as he crosses the border, mishaps start to pile up.

The first to go is GPS which draws the attention of a curious crow and then the hearse gets stolen, leaving Easy in the middle of Hungarian nowhere and forcing him into hitchhiking. With some help from a chatty truck driver transporting hens, the family of Chinese immigrants and a priest pursuing the career of a metal musician, amongst the rest, Easy gets closer to his final destination. And let’s stop here with the detail-revealing, because the less you know the better and funnier.

Handling his feature debut with assured hand, Andrea Magnani demonstrates keen sense of comedic timing and delivers a slick, extremely enjoyable road movie which tears down language barriers in the most heartwarming fashion. Getting a brilliant low-key performance from Nicola Nocella, as well as some noteworthy contributions from his supporting cast, he provides an immersive watching experience that is further enhanced by the masterful wide-screen framing and eclectic musical backing with local flavor.

Until August 20, “Easy” is playing (for free!) on Festival Scope, as a part of Locarno Film Festival selection. And if you’re in the mood for more similar cinematic journeys, make sure to track down Roger Deustch’s “The Boy on the Train” and Brosens & Woodworth’s “King of the Belgians”.