The films which are included come from different corners of the world, in chronological order, the focus being on the European cinema. So, without a further ado, let’s dive into the strange realms ruled by ten daring artists. 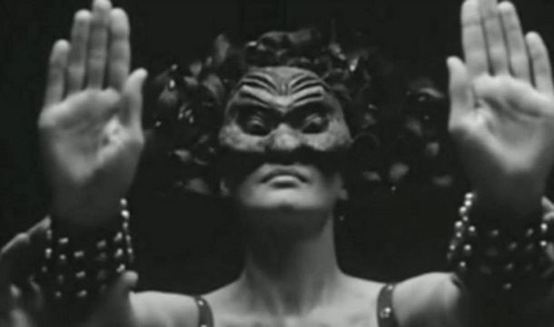 Tom White’s one and only feature had been considered lost for almost five decades, until a 35mm print turned up in the director’s garage. After being restored in 2015, this deliciously deranged avant-garde experiment in “primal ecstasy” (as Richard Brody puts it in his review for The New Yorker) grabbed the attention of a few critics and then sank into obscurity once again.

A highly enthusiastic counter culture comedy of sorts, it unleashes a non-stop assault on your senses and leaves you grinning like a lunatic (no pun intended) at the good-natured stoners’ parody of “The Seventh Seal” finale. Its plot couldn’t be simpler: A bunch of mental asylum patients get away from the bus that had broken in the middle of Belgian nowhere and establish a hippie-like commune in a nearby farm house that happens to be vacant and well-supplied.

The next thing we now is a continuous series of mostly improvised antics involving dress-up parties, dog-like howling and cat-like yowling, blistering beatnik recitals, a quest for water that ends with omelet preparing, pseudo-alchemical playing with fire and an impromptu trial to an unfazed party pooper. All of this madness leads to a ritualistic wedding ceremony interrupted by a police raid and feels so liberating that you can almost taste the energy emanating from the screen.

In the rooms filled with (pot) smoke, the actors – all members of NY’s The Living Theatre troupe – seem to have a whale of a time giving their (un)natural best to make you welcome to their whacky charade. Joining them in frequent motion is Bernard Daillencourt’s camera which captures some weirdly gripping stuff accompanied by the witty operatic monologues, as well as the exhilarating free jazz score composed by Ornette Coleman and performed with gusto by his trio. 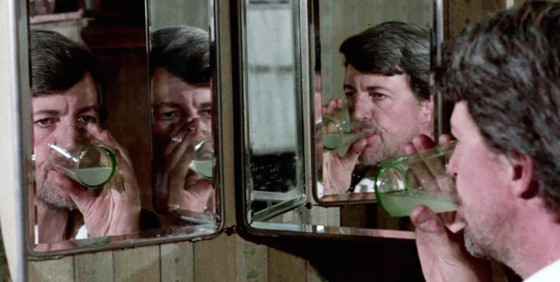 Back in the day, “The Castle of Purity (El castillo de la pureza)” received five Ariel awards by the Mexican Academy of Film Arts and Sciences. According to the Indian film critic and FIPRESCI member Lalit Rao, it was listed as one of top 10 films from Mexico by a Variety correspondent. In 2009, it even got a spiritual sequel (or rather, remake) in Yorgos Lanthimos’s critically acclaimed “Dogtooth”. And yet, it still remains relatively obscure, despite its numerous qualities.

An allegoric story revolves around a middle class family kept in isolation by a despotic, hypocritical pater familias, Gabriel Lima (portrayed by Claudio Brook of Buñuel’s “The Exterminating Angel” and “Simon of the Desert” fame), who is the only one keeping in touch with the outside world. The main reason for his “ventures” is a home-manufactured rat poison he has to sell in order to feed the mouths of his wife Beatriz (Rita Macedo) and three children with highly symbolical names – Porvenir/Future (Arturo Beristáin), Utopía (Diana Bracho) and Voluntad/Will (Gladys Bermejo).

Gabriel’s desire to protect his loved – and not to mention disciplined – ones from the evil nature of humans (including himself, an adulterer) may be noble, yet he doesn’t realize that each one of them is born with a predisposition to corruption, which makes his endeavors pointless. In the words of George Morris for The Village Voice, April 25, 1974, “his idealism has long since turned to repression and the insanity that follows is the logical extension of his continued denial of rationalism and free will”.

Armed with bitter irony, Ripstein takes the Mexican concept of “la sagrada familia” to the extreme, transforming virtually every frame of his claustrophobic (melo)drama into a prison for downtrodden characters. Dominated by earthy tones, such as dirty ochers and ashen-grays, his austere, masterly composed imagery creates an almost palpable atmosphere of oppression. 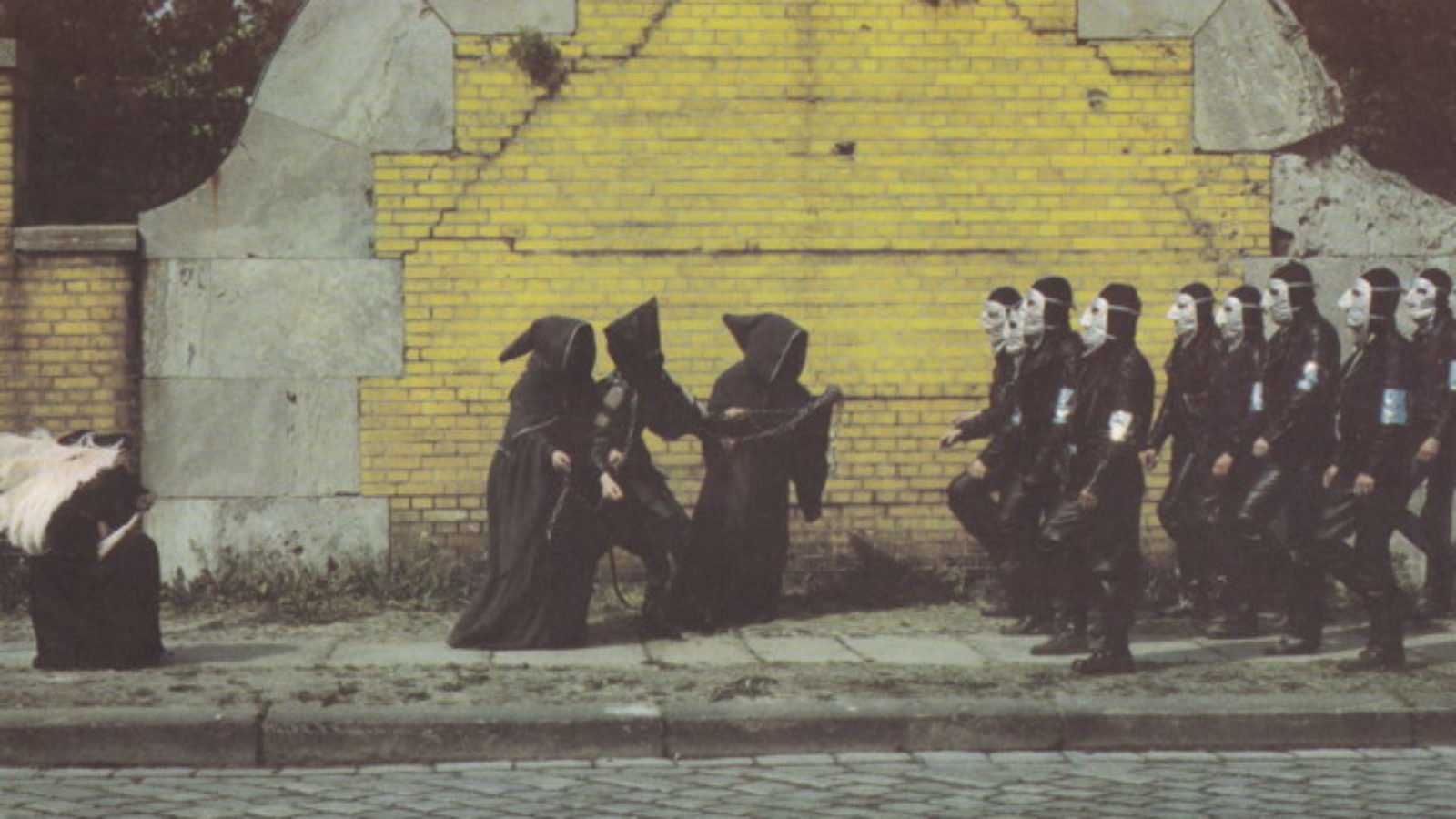 “Freak Orlando is a trip into what cinema can be if you are uncompromising enough to be daring: A feast for the eyes and a chain of creative explosions of art direction, mise-en-scène, costumes, situations, associations, citations, imaginations and insanity.” (Toby Ashraf, Stil in Berlin)

Very loosely based on Virginia Woolf’s novel “Orlando: A Biography” and presumably inspired by Tod Browning’s “Freaks”, Ulrike Ottinger’s untamed phantasmagoria is described as “a minor drama of the world narrated in five acts” by the author herself. At the beginning, it sees the titular hero/heroine Orlando (portrayed with gusto by Werner Schroeter’s muse Magdalena Montezuma) in a wise man-like attire arriving in Freak City through a wasteland where naked Mother Nature is buried waist down and willing to breast-feed a tired traveler.

And thus begins the journey of his/her transformations, the first one, Orlanda Cyclopa, occurring at Instant Shoe Repairs stand on the second floor of a shopping mall, during Mythological Sales Week, and the last one taking place at the 100th contest for the Ugly Person of the Year. Ottinger’s freaky inventory of eccentric, deliberately caricatured characters includes a Frankenstein’s bride look-alike, phony saint worshippers, gay self-flagellants, a Jesus-like soprano singer and an aged mermaid judge, with cripples, midgets, hermaphrodites, Siamese twins, fascist figures and Playboy bunnies thrown in for good measure.

Almost certainly filmed in a fit of creative madness, “Freak Orlando” bursts with primary colors, vinyl dresses, irreverence and iconoclasm, utterly twisted humor and delightful avant-garde romp. A parody of human civilization, it could be described as Waters and Jodorowsky meet Russell in a Schroeterland behind a blurred looking glass which is nowadays in possession of Matthew Barney. 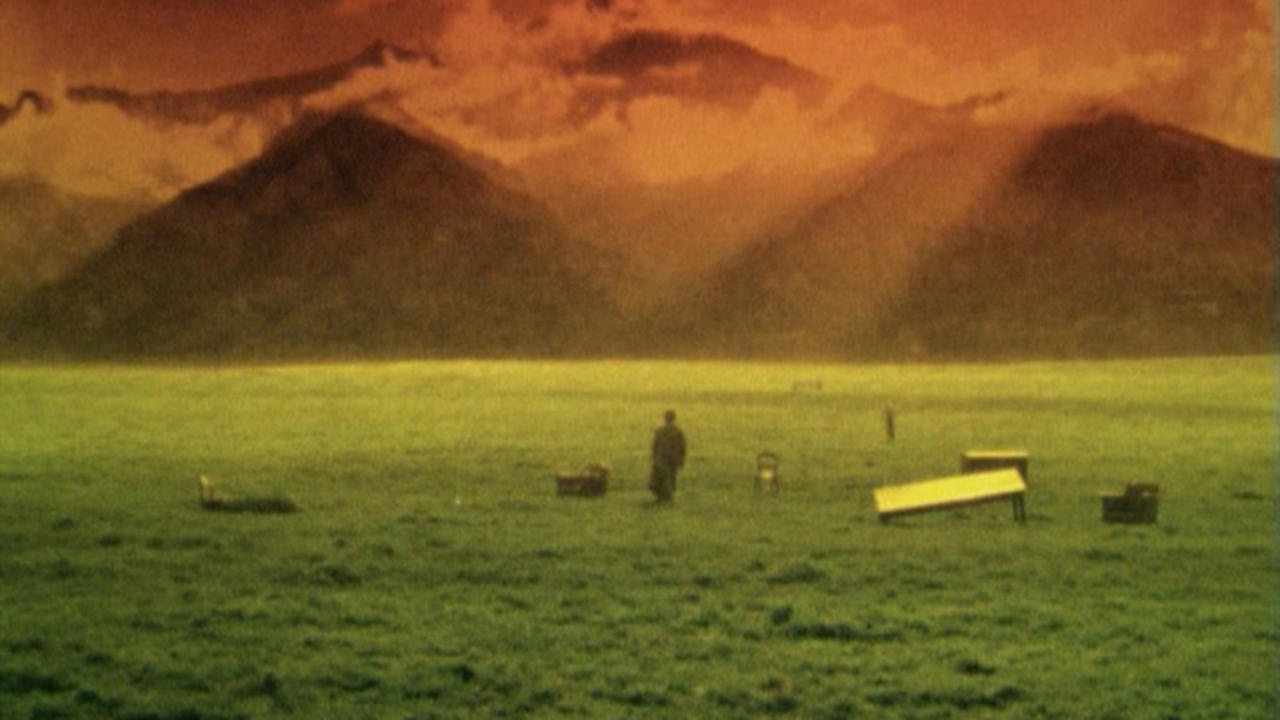 Once in awhile, you encounter a film that is both genre- and description-defying; a film that almost seems like a recollection of a film lucidly dreamt within a dream. And when it comes to Raúl Ruiz’s oeuvre, “once in awhile” turns into “often”.

“On Top of the Whale (Het dak van de Walvis)” is a delirious “parody of anthropology, linguistics and cultural imperialism”, but also a very personal, impressionistic work dealing with its creator’s memories. It employs six languages – Dutch, French, English, German, Spanish and an invented one – to a disorienting effect, considering it doesn’t provide the subtitles for every line. In this way, Ruiz establishes an alienating atmosphere which probably conveys his feelings as a Chilean pariah in Europe and emphasizes “the sense of cultural dislocation”.

Right from the beginning, he demonstrates his offbeat sense of humor by informing the viewer that in the near future (now, the recent past, i.e. the end of the 20th century), Netherlands has become “Soviet Republic of the Democratic Federal Burgundy and the Socialist United States of Ireland”. But soon, the protagonists – an anthropologist (specializing in collective telepathy among primitive tribes in South America), Luis, his wife, Eva, and their androgynous daughter, Anita – move to the Patagonian estate belonging to a rich communist, Narciso.

The fragmented, dreamlike narrative sees Luis verbally probing a couple of last surviving Yachanes Indians, Adam and Eden (at least, the name-pattern is clear), whose mother tongue consists of only one word or maybe, a few dozen words each holding many meanings. At one point, he says: “Every day, they construct a different language – a Gothic cathedral dreamt up at night, forgotten by morning. Proof that too much culture leads to barbarism and hinders development.”

So, there’s plenty of irony to be found in the characters’ monologues and dialogues that have a habit of changing their direction mid-conversation. On top of that, there are a few subplots developing in Luis’s absence. Eva falls into a weirdly romantic relationship with their eccentric host, Narciso. Anita gets pregnant by looking herself in the mirror wherein things change sex, in spite of the fact that things having sex is just “a product of the little bourgeois’ hopelessness”. And the Indians learn several languages, starting to listen, appreciate and criticize Mozart’s and Beethoven’s music.

Even stranger than it may sound, this feature is packed with various kinds of visual “trickery”, such as red filter, deceptive reflections, multiple expositions and choreographed movements, to keep you in the state of profound bewilderment… 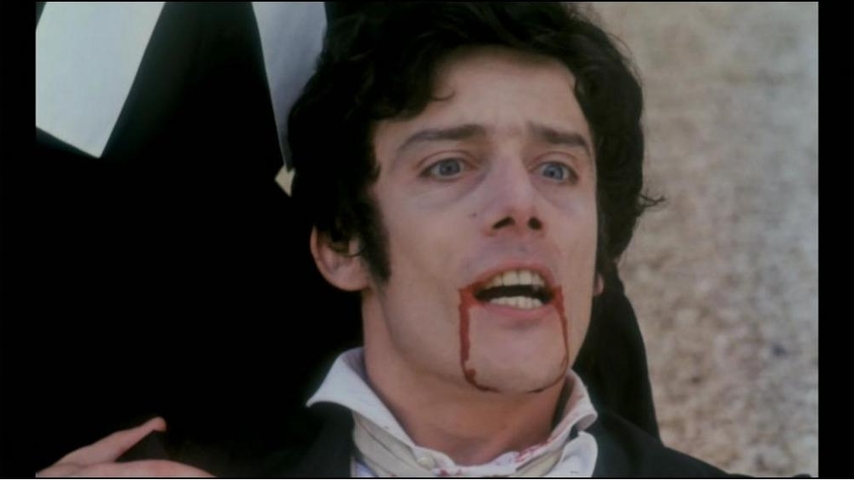 When Manoel de Oliveira released his film-opera “The Cannibals (Os Canibais)”, he was 80. In the years that followed, he would make more than twenty features and several shorts until his death in 2015. This piece of trivia doesn’t say a lot about the movie itself, but that is only if you haven’t seen it yet, because the amount of eccentricity contained within it (and especially during its last thirty minutes) appears to be unachievable for many young directors.

At the very beginning, de Oliveira dissolves the illusion of cinema by introducing the protagonists dressed in the 19th century attires to the contemporary crowd who greets them with applauses, as they arrive, one by one, in fancy vintage cars. The whole scene alludes to the subdued version of the red carpet circus we use to see at prestigious (film) festivals, serving as the initial poke at the upper class.

And then, with the first notes (played on a violin) of João Paes’s classical score, the narrator sings to us that the story of love, jealousy and dark secrets “we are about to witness fell into his hands in the form of an anonymous manuscript” and that it is “a blue-blooded creature, a beast of aristocratic tastes”. Thus we enter the world of high society where people never speak. Priceless!

Revolving around a romantic triangle between a young noblewoman, Margarida (Leonor Silveira), her ex-Romeo Don João (Diogo Dória) and an enigmatic Viscount d’Aveleda (Luís Miguel Cintra), this high-brow musical is imbued with a subtly twisted sense of humor and devilish self-reflection. Mostly shot in closed and lavishly decorated spaces, it has the looks of a Buñuelian theater play until de Oliveira touches the subject teased in the ostensibly misleading title, pulling the rug from under our feet in the process.

The absolutely cracked finale is definitely worth staying for – it has to be seen to be believed.