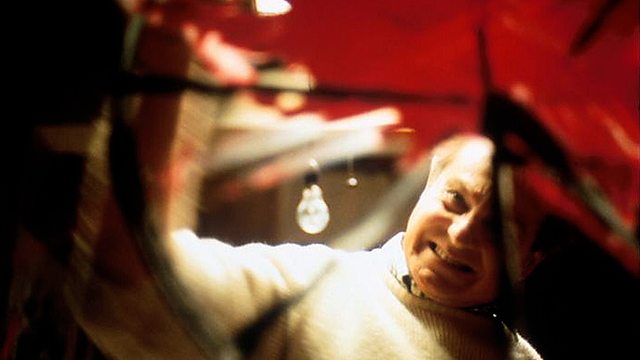 “There’s a fleeting substance to reality. Ghostlike deposits. Sometimes, a man’s shadow is more in the room than he is. The void which spreads across his face as he daydreams is the void of death.”

Along with the next entry in this article, “Love Is the Devil” deserves a spot in the top twenty (perhaps, even top ten!) biopics of all time and at least an honorable mention amongst the extremely quotable movies. Based on the authorized biography of the prominent Irish figurative painter, “The Gilded Gutter Life of Francis Bacon” written by Daniel Farson, the film concentrates on Bacon’s tumultuous love affair with George Dyer who he allegedly fell for during a burglary.

The two men are boldly and, regardless of the real truth, believably portrayed by Derek Jacobi (as the cynical, self-proclaimed loner and loser Bacon) and Daniel Craig (baring his all as the desperate, suicidal Dyer), with the supporting cast delivering memorable performances as well (many kudos to Tilda Swinton who is unrecognizable, but not turned into a ridiculous and somewhat obnoxious caricature as in Joon-ho Bong’s latest offerings).

Unlike most of the artist biopics, this made-for-TV, yet highly cinematic drama is not “littered” by the subject’s reproductions, the main reason being the “creative disagreement” with the copyright holders. Instead, Maybury and his DoP John Mathieson come up with all kinds of image distortions as clear references to Bacon’s beautifully grotesque opus. Also commendable are Christina Moore’s exquisite art direction and Ryuichi Sakamoto’s minimalist, unobtrusive score, both wonderfully complementing the horrific side of life at display. 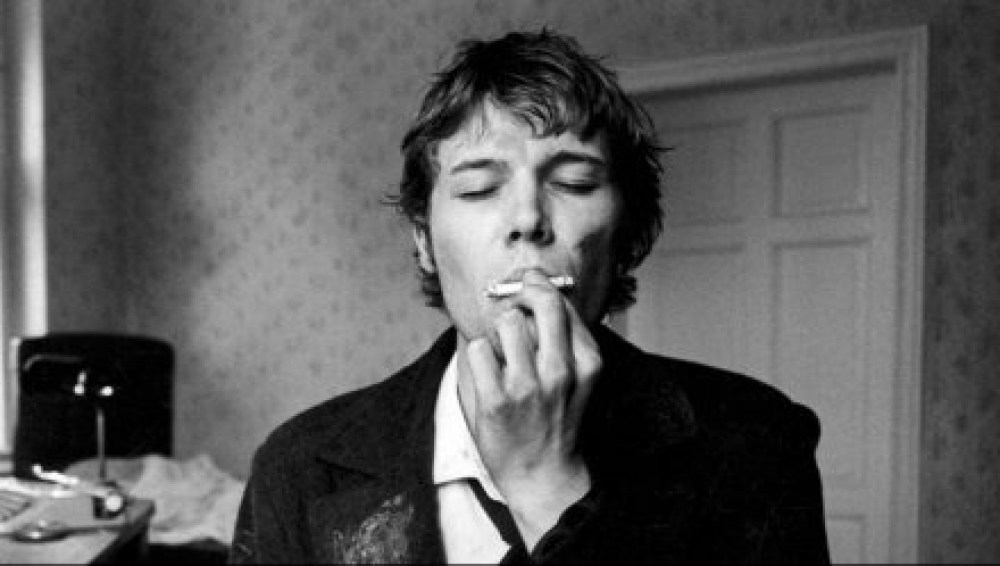 Another tortured soul is found in Rafał Wojaczek – a Polish poet, rebel (with a cause) and depressive alcoholic whose path was traced with many suicide attempts, the last of which at the age of 26 was fatal. According to Majewski, there was something darkly romantic, plaintively poetic and above all, grandiose and enigmatic about his self-destructive behavior.

Biting the bitter slice of his short and, in the film, “lyricized” life, one gets the impression he was like a fallen angel condemned to the communist wasteland of post-war Upper Silesia where he – the exalted one – did not belong.

Our first encounter with the tragic hero is accompanied by the noisy glass shattering, as he leaves the restaurant through the window. Bruised and scratched, Wojaczek stands up and staggers his way to his parents’ home. Later, we see him – frequently drunk – mocking the soldiers, making an unusual confession in a church, reciting his poems in public places, having sex with a nurse in a mental hospital and visiting the grave of his early deceased sister. The grim finale is expected, but still quite poignant.

The use of mostly static, austerely composed shots – a common feature of Majewski’s oeuvre – gets a whole new meaning here, given that it reflects the stifling, inexorably bleak atmosphere of the late 60s Polish society. Essentially, each frame represents the cage for the lost protagonist superbly played by a real-life poet and non-professional actor, Krzysztof Siwczyk. 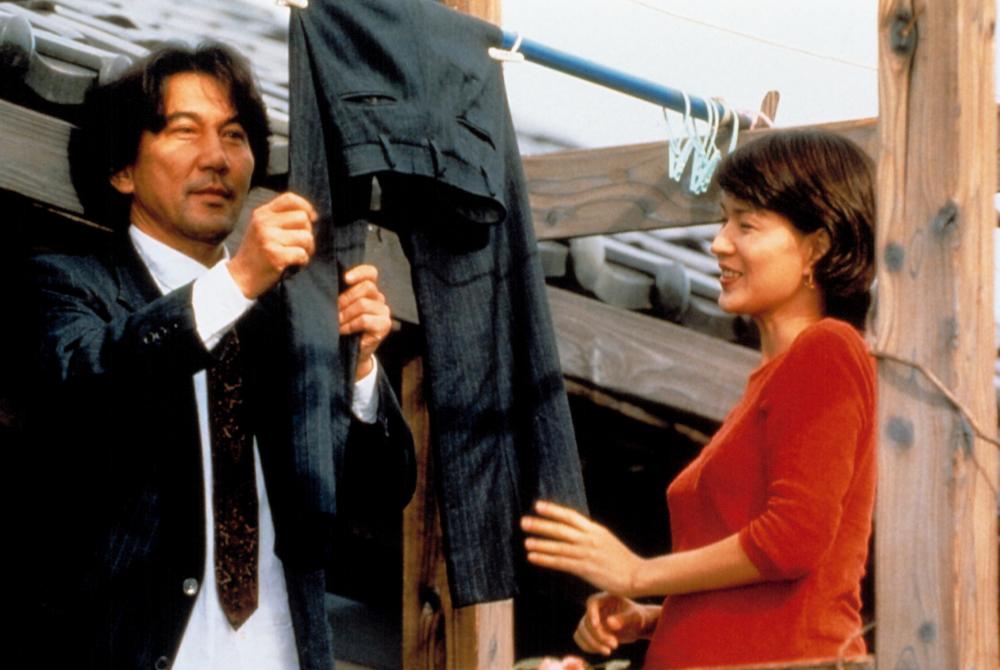 The swan song by Shōhei Imamura best known for “The Profound Desires of the Gods (1968)” has to be one of the quirkiest rom coms to ever grace the silver screen. It recounts the “impossible tale” of a recently fired white collar worker, Yosuke Sasano (Kôji Yakusho, excellent), and a mysterious woman, Saeko Aizawa (the immensely endearing Misa Shimizu), whose “unusual sexual powers” (as noted in the IMDb synopsis) involve geyser-like discharges of water during the intercourse.

Following the guidelines left by a deceased homeless man, “the blue tent philosopher” Taro (Kazuo Kitamura), Yosuke travels from Tokyo to the coastal town of Noto where he is supposed to find a golden statue in a house near a red bridge. Instead, he finds bizarre love in Saeko who lives in the said house, together with her senile grandmother and arguably the most memorable supporting character Mitsu (the bravura performance by Mitsuko Baishō). However, their relationship is tested once the malicious rumors reach Yosuke’s ear…

Throwing one red herring after another at the viewer, Imamura spins a gripping and, in its deliberate silliness, puzzling narrative about our pursuit of happiness, in an idiosyncratic style akin to magical realism. His colorful potpourri of whims, twisted humor, kinky eroticism, Japanese worldliness and tongue-in-cheek bitter-sweetness works wonders by virtue of the playful acting, sturdy direction, charming setting, neat cinematography and Shin’ichirō Ikebe’s delightfully funny score.

Inspiring and life-affirming, “Warm Water Under a Red Bridge (Akai Hashi no Shita no Nurui Mizu)” is also a serious contender for the best “positive trolling” on film. 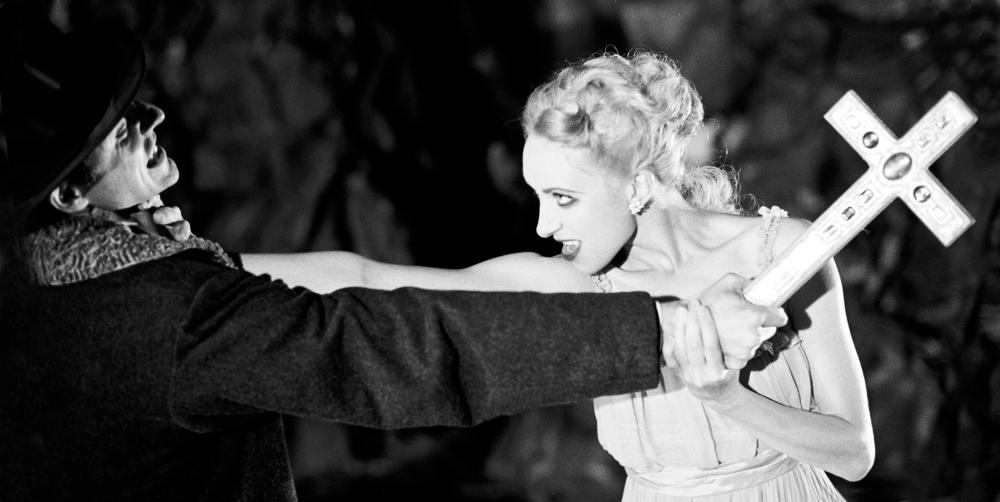 Given that Guy Maddin is a household name (in the arthouse circles, at least), his highly inventive, erotically charged rendition of Bram Stoker’s most notable novel is the least obscure title on the list. Surprisingly faithful to its source material, “Dracula: Pages from a Virgin’s Diary” blurs the boundaries between the theater and the cinema, marrying gothic horror to artistic dance.

Starring in this silent era-themed “wedding” are the members of the Royal Winnipeg Ballet whose movements are choreographed by Mark Godden to the excerpts from Gustav Mahler’s symphonies which carry the composer’s “Freudian baggage” (as Alfred Eaker of 366 Weird Movies puts it). It is certainly not by mere chance that the music by one of Sigmund Freud’s analysands is utilized in the film which “implies a demonic sexual hysteria imported into repressed Victorian England from outside” (Stephen Holden, The New York Times).

The latter citation reveals another prominent theme and that is xenophobic paranoia emphasized by the bold casting of Wei-Qiang Zhang as the Asianized Prince of Darkness, as well as by witty intertitles screaming “Immigrants! Others! From the East! From the sea!” accompanied by “polluted blood” advancing over the map of Europe. Viewed from that perspective, Maddin’s “Dracula” corresponds pretty well with the current socio-political situation in the world.

However, what makes it stand out from the crowd of many retellings of Stoker’s narrative is its “oxymoronic” aesthetics – the démodé visuals informed by the postmodern sensibility. The radiant, beautifully captured imagery comes in various tints, depending on the mood of the particular scene, or with certain details, such as lips, eyes, cloak, steam and money, accentuated by colors (red as the most dominant, of course).

Further spicing the oneiric and pirouetting proceedings are the occasional bursts of sound reminding us that the film is not nearly as old as it seems. 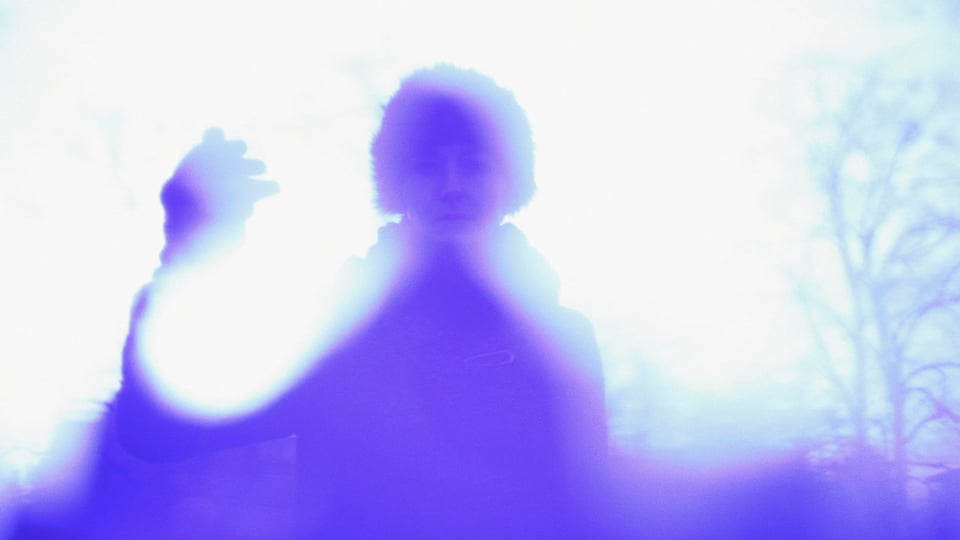 Active since 2000 and associated with the Remodernist movement, the Tehran-born, Dublin-based filmmaker Rouzbeh Rashidi has already created dozens of no or shoestring budget short films and over thirty features, the latest being a collaborative project “Self Decapitation” co-directed by a fellow experimenter, Maximilian Le Cain. His prolificacy is also reflected in numerous productions and co-productions he has assisted with, as the founding president of the Experimental Film Society.

In “Circumcision of Participant Observation” whose title indicates that you are expected to be an active viewer with a copious amount of patience and willingness to endure a bit of “discomfort”, Rashidi acts as a hypnotist who challenges your preconceptions of what a film should be and opens your mind to endless possibilities of what you witness could mean.

Both the fragmented, excessively poetic narrative and the associative imagery of haloed quality tend to be utterly abstract, triggering disparate interpretations while pulling you deeper into the complex, incessantly changing labyrinth of vast, yet hermetic cinematic reveries. A young woman whose face occupies the opening shot might be a protagonist, but if so, then who are the rest of the characters? Are they the living beings or the embodiments of her emotions, memories and inner demons, with the locales standing for different states of her psyche?

On the other hand, the improvised, mysterious, dialogue-free and languorously paced “story” could be seen as a self-sufficient meditation on film itself or as an elaborate answer to a simple, if absurd question: “Do films dream when we are not watching them?”

Whatever the case may be (and the case may be the apocalypse of the subconscious or something along these lines), “Circumcision of Participant Observation” provides a hell of a head-scratching experience that is simultaneously alienating and captivating, fascinating and frustrating, with odd interplay between the visuals and sounds as your only guideline.