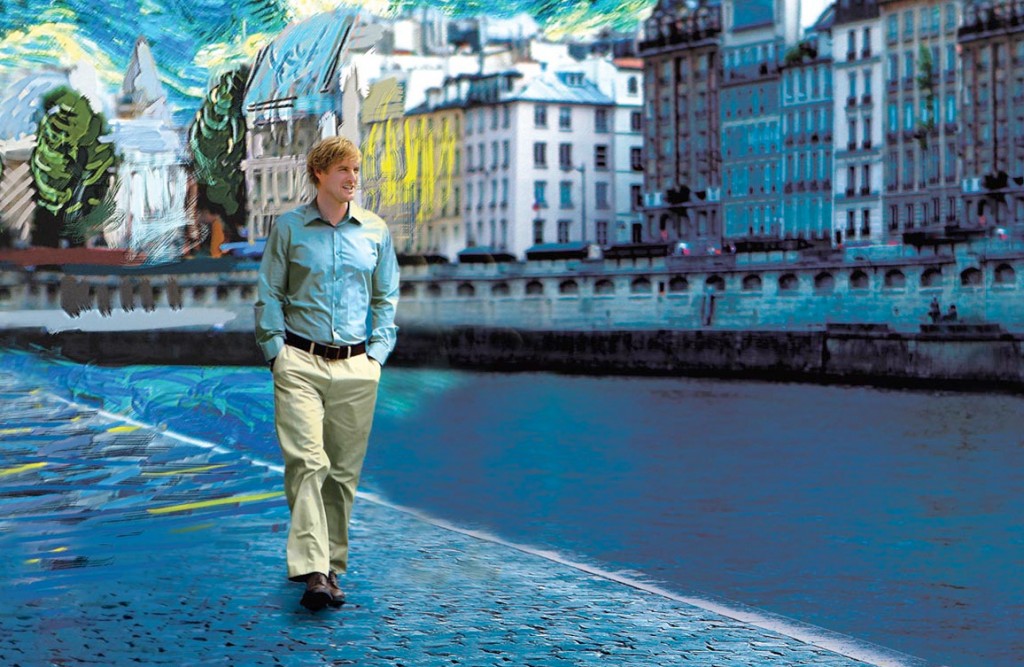 Saying Paris means saying cinema: even the first film the Lumière brothers ever made, La Sortie dell’Usine Lumière à Lyon (1895), was shown in Paris, at the Grand Café on the Boulevard des Capucines, even if it had been shot in Lyon. Being there at its birth, the City of Lights is then inextricably connected with this art, and through the years it has been the home for some of the most important cinema movements in history and at the same time, it has also been the preference for many filmmakers to set their movies.

The city has many souls, and cannot be reduced to a single definition (even tough it is easy to stereotype it): this means that of all the masterpieces set in it some have been realistic and some poetic, some joyful and some anguished, some existential and some lighter, but more often than not, these films were a mixture of all these traits.

The mesmerizing quality of Paris has a certain allure, an undefinable atmosphere, which can bend to very different kinds of stories, while at the same time maintaining its essence; this is the reason why “Paris films” can almost seem like a separate genre of filmmaking, with its history and relevance.

Here are the 25 films, both by French and non-French filmmakers, that have best captured the city atmosphere in order to create a memorable film experience. 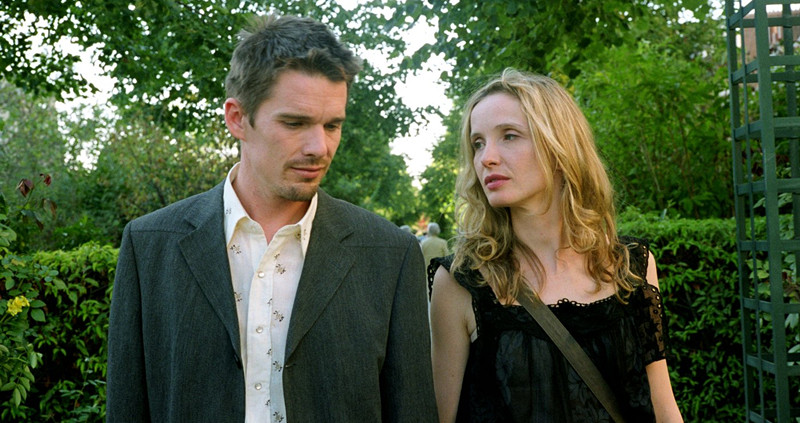 Richard Linklater is one the most interesting filmmakers of the last years, mainly for his audacity in experimenting original storytelling techniques; the peak of this activity is certainly Boyhood, shot non-continuously over 12 years.

Before Boyhood, Linklater made something similar with the trilogy composed of the films Before Sunrise, Before Sunset and Before Midnight, each shot nine years after the last one and set in a different European city, but with the same actors and characters.

The films follow the romantic relationship between Jesse and Céline; Before Sunset (2004) is set in Paris and follows their afternoon together, nine years after their first encounter in Vienna showed in the first movie. The film was shot on location in the city, starting with a bookstore in the Rive Gauche, and in sequence, since the screenplay was still being changed during the 15 days shoot.

24. An American in Paris

An American in Paris’ music was originally written in 1928 by George Gershwin. The film version came out in 1951 and was directed by Vincente Minnelli; it starred Gene Kelly, Leslie Caron and Oscar Levant, and soon became a classic in the musical genre.

The original work by Gershwin was inspired by his time in the city during the 1920’s, a period of great movement and liveliness in the city; the film version is set after World War II, and lyrics by Ira Gershwin were added to the orchestral composition, with additional music by Saul Chaplin.

The plot is a mixture of romantic entanglements, artistic ambitions and light-hearted attitude; many of its dance sequences are widely known (not only to musical fans), and while its “musical film” grandeur may feel dated, its charme is not. Like it is said in the film, “Paris is mood, a longing you didn’t know you had until it was answered”: An American in Paris captures that mood.

Highly successful after its release in 2001, Jean-Pierre Jennet’s Amélie (or Le Fabuleux Destin d’Amélie Poulain) has steadily entered the collective imagination as the film which summarizes an optimistic, quirky and “full of life” approach to existence and other people.

This attitude is incarnated by Amélie (Audrey Tatou), a young Parisian who lives and works in Montmartre and sets on a quest of making other people happy while she gets romantically involved with a young man (played by director Mathieu Kassovitz).

The film was scored by Yann Tiersen, whose soundtrack garnered a considerable success of its own. Those who watch the film today are generally divided between those who see it as an expression of sensitivity and joi de vivre, and those who feel it is oversaturated with “sugary” moments and lacks substance. Still, as far as films with a “Paris feeling” go, Amélie is one of the most immediately recognizable, and this explains the great success it still has outside of France.

31 years after Last Tango in Paris, Bertolucci directed another story built around passion and the Parisian atmosphere. The film is set in 1968 and it captures the period of social revolts in the city through the eyes of Matthew, an American exchange student played by Michael Pitt. Matthew befriends siblings Isabelle and Théo (Eva Green and Louis Garrel), two young Parisians, and slowly falls into their unconventional lifestyle.

As critic Morando Morandini pointed out, the film is a reflection on the freedom and excitement that surrounded Paris during those years, but at the same time serves as a critic reconsideration of the young Parisians’ intentions.

On one hand, Matthew and his new friends/lovers embrace a way of life which is far away from society’s hypocrisy, but on the other their lust for freedom inevitably transforms into a destructive behaviour. Among the many references to Nouvelle Vague cinema, the most explicit is the run through the Louvre, an homage to Godard’s Bande à Part. 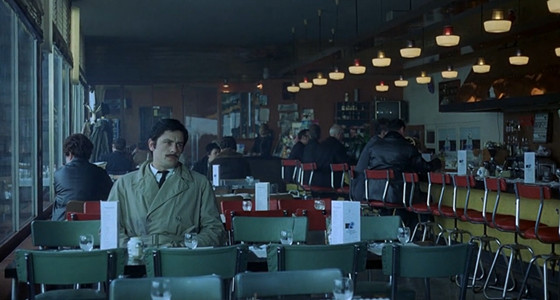 Filmmaking master Jean-Pierre Melville said that his 1970 caper starring Alain Delon, Gian Maria Volontè and Yves Montand had all of the “19 situations of noir”.

While there doesn’t seem to be a record of what these situations are, it is certain that Le Cercle Rouge (named after a Buddha saying completely made up by Melville himself) is packed with recurring motifs of the noir genre: heists, jailbreaks, corrupt cops, alibis, interrogations, and so on. The film, Melville’s penultimate, is the work of a master at the height of his filmmaking virtuosity, and keeps an impressive unity of pace and tone.

The central part of the film takes place in Paris between police stations and the hangouts of criminals and lowlifes, while the suspenseful robbery scene, almost completely silent, is set in Place Vendôme.

Le Ballon Rouge is a 1956 film which lasts 34 minutes and has a story which is as simple as it can be: a boy finds a red balloon that starts to follow him around. The fantastic element of the balloon coming to life is perfectly combined with the naturalistic setting of Le Ballon Rouge and it heightens the film’s joyful sense of wonder.

“A masterpiece of simplicity” (as A.O. Scott described it), the movie has a particularly interesting setting as well: it was shot by Albert Lamorisse in Ménilmontant, a district in the 20th arrondissement (where Belleville is also located), one of the suburban neighbourhoods that were absorbed into the territory of Paris in the second half of the 18th century. This means the streets and buildings and alleys we see are from a less urban but just as fascinating part of Paris.

Le Ballon Rouge’s influence seems to still be resounding: it’s hard to look at its last sequence and not think of a recent film that is just as full of child-like wonder, Pixar’s Up.

Rififi is a French production directed by American director Jules Dassin who at the time (1955) had been living in France for three years after having been blacklisted. He was trying to revive his career since he actually didn’t direct a film since 1950, and Rififi proved successful in doing so.

The film is the epitome of the heist movie, and its adherence to the genre is proven by the fact that the burglary itself is shown in his integrity with a sequence that covers a quarter of the movie and is completely filled with natural sound without a word or any music.

The place where the heist takes place is a jewelry at the corner of rue de la Paix and Place Vendôme (nearly the same location of the robbery in Jean-Pierre Melville’s Le Cercle Rouge). The burglary scene and the whole movie have become iconic, and Rififi is another French movie who has become the staple for all the films of its genre that have come after it: even today every director who embarks on a heist movie has probably seen, or soon finds himself seeing, Rififi. 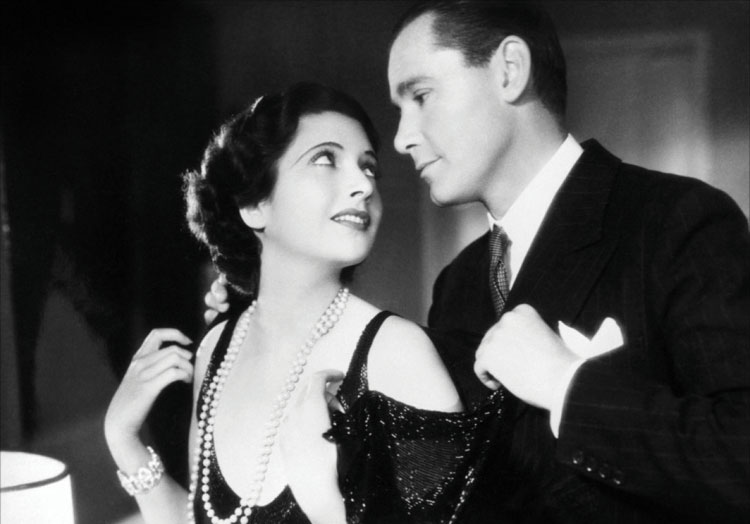 One of the many Ernst Lubitsch classics, Trouble in Paradise came out in 1932; when the Production Code (a series of moral restrictions to filmmakers) was ratified in 1935, the film was banned due to its supposedly adult content. It was only seen again in 1968, and can now be appreciated as a classic, full of wittiness and style.

The story is set in Paris, where two charming thieves (Herbert Marshall and Miriam Hopkins) work to steal from a perfume company owner; romantic developments confuse the situation, until the inevitable happy ending.

Perfectly balanced and basically flawless, Trouble in Paradise is one of the definitive Lubitsch films, and has had a large wave of influence on filmmakers; Wes Anderson and Ralph Fiennes named it as one of the inspirations for The Grand Budapest Hotel.