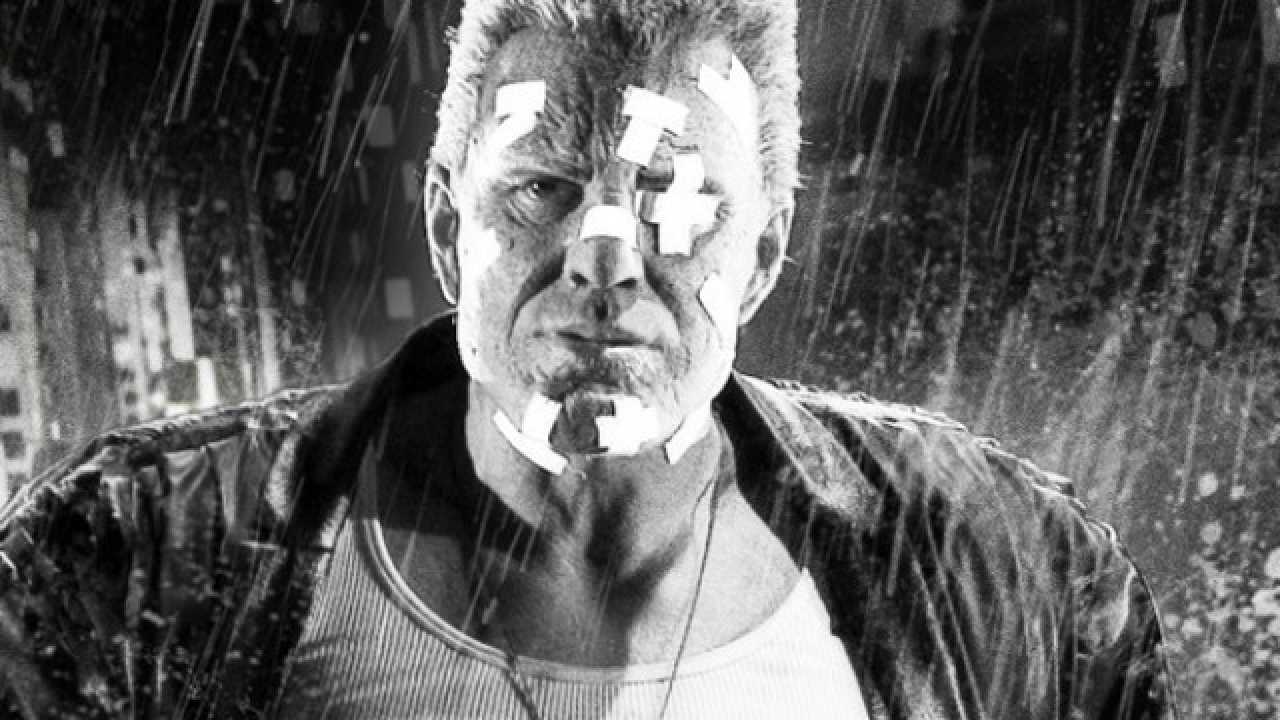 In the past twenty years, a groundswell of films being produced digitally has solidified into a viable-if not currently dominant-means of creating cinema. Beginning with rogue European Directors and ending up in thousands of American theaters nationwide, digital films have etched out a place amongst the landscape of international cinema.

The technology is so pervasive and affordable that, at present, any person could make a professional quality film on a very limited and affordable budget; and in fact, that is exactly what thousands of people do. This massive influx of films produced inexpensively has provided a wellspring of new innovations and conventions for the cinematic medium in general.

While the benefits of shooting on digital formats can be numerous, including reduced cost of film stock and processing, it also has its detriments when compared to the accepted cinematic standard of 35mm film.

While film has very effective exposure and color latitude, digital formats are lacking, leading to an oversaturated or washed out look, and poor performance is low light environments. In order to compensate, films produced digitally tend to rely on storytelling and engaging character development to immerse audiences.

With the majority of films these days being produced on a digital format, it seems that the regardless of stylistic or performance issues associated with digital cinema, this means of film production has established itself as a permanent fixture. 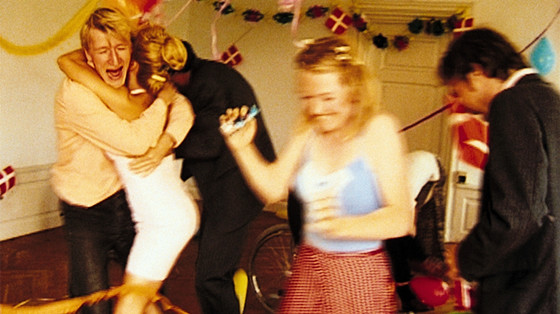 A group of otherwise educated and well-to-do adults form a group dedicated to actively protest society’s apathy to intelligence. These protests consist of pretending to have diminished mental capacity to demonstrate the degree of importance believed to be placed on intelligence by modern society.

Karen, (Bodil Jorgensen) and outsider and the audience’s surrogate, falls in with the idiots. She is fascinated by the behavior, and finds the way of life liberating. After an extended absence from a now foreign society, Karen finds herself instinctively resorting to this behavior alienating her from the real world.

One of the first feature length films shot entirely on a digital format, The Idiots has both its critics and supporters in equal numbers. As part of the Dogma 95 Collective oeuvre there are scenes of sexuality and violence which could repel most uninitiated audience members. The controversy was not only directed at the subject matter, but at the amateurish video-aesthetic of the film.

The video aesthetic of the Sony DCR-VX1000 gives off the impression of a home movie; this combined with the subject matter of the film gives the immediate impression of YouTube shenanigans or the Jackass guys. However, this amateurish aesthetic is pitch-perfect for this film, as it provides an apt critical subtext on the shifting cultural landscape of the Internet Generation. 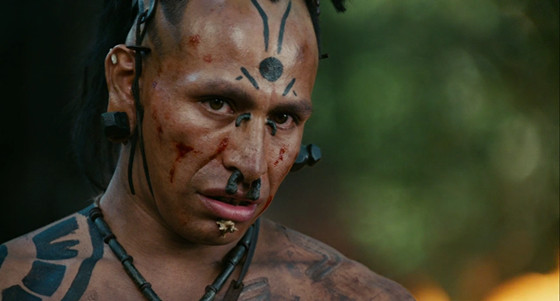 A family man and respected member of his tribe, Jaguar Paw (Rudy Youngblood) leads a happy and content life. When his village is raided by slave-traders he must embark on a transformative journey from the urban markets and pyramids of larger cities to the simple tools and primal nature of the jungle.

Similar to other films on this list, Apocalypto is shot from an intimate perspective for the majority of the film’s runtime. Through a fly on the wall approach to Jaguar Paw’s return to nature we see, hear, and have the same emotional reaction to the surrounding environment as the character himself. In fact, the entirety of the movie features less than twenty minutes of screen time where Jaguar Paw cannot be seen.

A deceptively simple story and a relentlessly intimate film, Apocalypto is a shining example of a digital film working as well as any film shot on 35mm. With both critical and financial success (50.8 million gross) this serves as an early benchmark for economic feasibility of digital films in the same marketplace as major studio films still shot on film. While Apocalypto predates the current digitally saturated marketplace it exists as a new epoch in the American Film Industry. 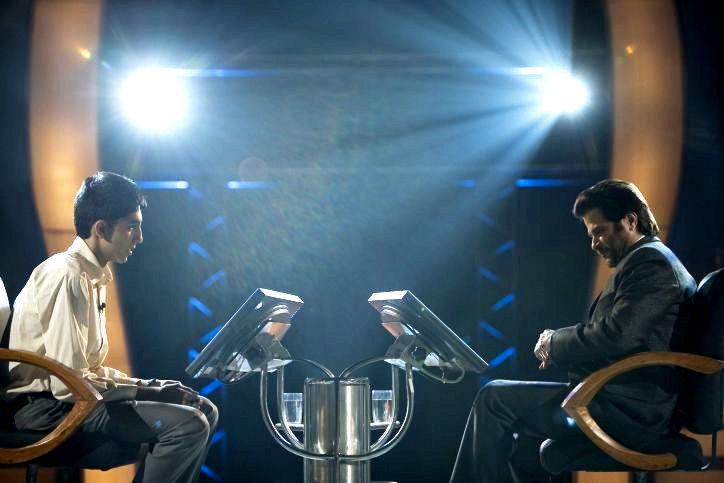 Two fated lovers, friends since childhood, brought together by an Indian knock-off of “Who wants to be a Millionaire?”. Jamal (Dev Patel) works a dead end call center job in Mumbai while tracking down his childhood friend and love: Latika, who has become involved with a criminal element within the same city. Jamal is selected to play Who wants to be a Millionaire? But as the game show progresses both an altruistic and malevolent element make their presence known.

Throughout the course of the game show more of Jamal and Latika’s pasts are revealed, each question’s answer relating a moment of significance in his past. This constant success causes suspicion in the show runners, who attempt to coerce a confession out of him. The interrogations become intermittent but Jamal’s luck remains steady. Eventually the forces of fate lead Jamal and Latika together in a joyous Bollywood dance routine.

Danny Boyle has been shooting on digital formats since 28 Days Later… (2002) so it is no surprise that the high-concept (boarding on the avant-garde) cinematography is also present in this film. Most scenes feature shallow depth of field with a very fast shutter speed giving the audience a crystal clear picture with motion possessing a rapid stuttering effect.

This style was made popular in the Normandy Beach scene in Saving Private Ryan (1998), and the aesthetic lends itself perfectly to the otherwise frustrating deep depth of field problems with digital formats.

Two brothers, Andy (Philip Seymour Hoffman) and Hank (Ethan Hawke), organize a robbery of their parent’s jewelry store in the hopes that insurance would balance everything out in the end.

However, their mother (Rosemary Harris) is working there instead of another employee and ends up shot and killed in the robbery. This one event leaves the father (Albert Finney) to unravel all the secrets and bad blood contained within this one family leading to its eventual implosion.

A seasoned film-maker who made his debut with 12 Angry Men (1957), Sidney Lumet is a Director with decades of experience shooting movies on film. For Before the Devil knows you’re Dead however, he used the Panavision Genesis as a move away from film, and a way to explore an emergent technology.

The film shows all the characteristics of a film made during the adolescent stage of Digital films: high exposure contrast, shallow depth of field, and use of a limited color palette throughout the film. This resulting aesthetic is grittier and less clean than 35mm, however, this style lends itself perfectly to the dark, anxiety filled atmosphere of the film.

A family gathering is the setting for a seemingly innocuous story in Thomas Vinterberg’s Festen. Christian (Ulrich Thomsen) and his loved ones are celebrating his father’s (Henning Moritzen) birthday. The recent suicide of Christian’s twin sister Linda causes him to accuse his father of sexually abusing them as children. A game of slanderous cat and mouse ensues that leads the family into a spiral of implosion and redemption.

Thomas Vinterberg kicked off the Dogme films with Festen. The film’s alternate title is Dogme #1 as it was the first film made in line with the Dogma 95 Manifesto. A cinematic “Vow of Chastity” as it is referred to; written in forty-dive minutes by Lars von Trier and Thomas Vinterberg. It outlines nine strictures for production with the philosophic intent of purifying films of Hollywood overproduction. The Dogma 95 Collective has since then expanded to add Kristian Levring and Soren Kragh-Jacobsen.

Similar to Lars von Trier’s films, Festen uses the same camera (Sony DCR-VX1000) and adheres to all of the same stylistic “Vows” like: handheld camera only, exclusively diegetic sound (only sound recorded while shooting can be used), and all scenes must be shot on location. Equally as important as The Idiots (1997), Festen offers a glimpse into the infancy stages of digital cinema.

Kris (Amy Seimetz) becomes the victim of a scam involving parasites, a pig farm, and Henry David Thoreau. A larva-like insect is used by a group of unknown characters to control behavior of the host it is introduced to.

In a long-standing cycle of injection and surgical removal of the parasite, Kris becomes one of many to end up at a pig farm with her credit destroyed. One day she meets a man on the way to work and is mysteriously drawn to him, not knowing they both were victims of the same scam. Subconsciously, they peel away the layers of the unknown to trace the mystery of the con back to the source.

A film from the Director of Primer (2004) is expected to be opaque, but with his second film released nine years after his debut the once overly-cryptic narrative sinks into symbiosis with the visual and sonic properties of the film. Shot on the Panasonic GH2 Upstream Color takes full advantage of the shallow depth of field offered by Panasonic’s digital cameras. This technique increases the tactile qualities of a shot which mimics the aesthetic of film stock.

The limitations of the digital format are present even in this recently made film. Such as: limited exposure latitude (picture can look washed-out or overexposed, difficulty in low-key lighting, and a deep depth of field, which in this case is actively compensated for throughout the course of the film).