There’s a reason that only 14 of the approximately 350 people in the legendary American Society of Cinematographers are women, but it’s not a very good one. If the business has enough trouble in giving opportunities to women directors, then the trouble gets bigger when it comes to a job that involves a certain physical aspect.

Among all mind-boggling statistics regarding women, which any film buff has come across at least once and immediately forgot about it because it seems surreal, there’s one thought that anyone can grasp: no woman has ever been nominated for an Academy Award for Best Cinematography, and over 600 men have.

According to statements made by women DPs, the field itself becomes less attractive when you know there’s almost no chance at all you’ll be given opportunities to thrive in it. As long as Hollywood’s white-old-male problem persists at the top of the chain, the industry will remain more sexist than not.

Like many female directors have gone to do, DPs have also found refuge in TV and documentaries. Some of them have been lucky enough to shoot high-quality feature films with well-known filmmakers, and some are now beginning to reveal their talent in recent indie big hits. Whether they can push three trolleys piled with heavy kits or not, these DPs have their own unique way of looking at things and that is one quality anyone can appreciate regardless of gender.

This list includes 10 of the best examples in recent memory, with an emphasis on how good of a film it is and how each cinematographer’s influence made it great.

Note: these films are not ranked in any particular order.

Michel Gondry and Charles Kaufman are given the most credit for this film for good reason. Anyone can acknowledge the great minds of both director and writer, appreciating the great script and how it came alive through their collaboration.

Alas, the film’s director of photography, Ellen Kuras, ASC, was a fundamental addition. Working closely with the director, it was her job to create a look that could mix both location shots and the flashy distorted memories in the story. This resulted in several issues, namely the fact that Gondry wished for the film to be shot entirely in available light.

According to the DP, Gondry’s vision would make the memories blend more easily with reality. Two handheld cameras were used to film near-360-degree coverage for most of the shots, and there were no marks and very little rehearsing, making it an almost complete surprise to know where the actors would be. This meant that instead of focusing on the actors, Kuras had to focus on the spaces around them, alternating the key light between characters and rooms.

These unusual methods are explained by the filmmakers’ appreciation for the French New Wave. Gondry was interested in invoking Godard, having Kuras and her team handholding the camera while being in a wheelchair. Although it wasn’t totally smooth, especially on cobblestone streets, its low angle and shaky movement fit what they had in mind for the look. Besides the wheelchairs, they used chariot and sled dollies, setting aside all traditional dollies.

Kuras used the Fuji Reala 500D to shoot, mostly for how smooth the saturated colors and grain were, and for its cyan bias in the shadow areas.

This was yet another unusual choice, as cyan in the blacks is not really “approved” by filmmakers, but Kuras actually built additional cyan into the shadows in the post-production stage, having liked the color palette formed by the mixing of cooler colors with warm yellows. With Zeiss Superspeed lenses, she eschewed correction filters and, on relevant occasions, they let the frame go dark.

If Gondry wanted it to feel like a European film, it was Kuras’ flawless eye for darker shots – where you can only glimpse one thing in the frame – that made it possible. Kuras handled the job perfectly, capturing different moods from different times, to dreams and erased memories, making it all in tune with the story and its characters.

Additional Work: Kuras shot Gondry’s 2008 film “Be Kind, Rewind” and found work with other great directors such as Martin Scorsese for the documentaries “No Direction Home: Bob Dylan” in 2005 and “Public Speaking” in 2010.

Director Ryan Coogler has recently worked with another D.P featured on this list (Maryse Alberti, “Creed”), but his directorial debut deserves to be mentioned here as a primarily stunning film. Winning big at Cannes and Sundance is recognition enough, but anyone could argue that its cinematography was a big part of turning it into such an emotional and captivating motion picture.

As the subject matter regarded the true story of Oscar Grant, a man shot by police in a Bay Area rapid transit station, D.P Rachel Morrison and Coogler had to make a lot of right decisions to best capture the tone and feel required. Early on, they settled for the gritty feel of the Super 16’s grain. The other option would be 35mm, except it’s not so grainy anymore, and the Super 16 was smaller and easier to move around.

Knowing they wanted it to be mostly handheld, that was a point in their favor – giving them the opportunity to try out different approaches with a single camera and moving through space while being closer to the actors. They received a donation from Arri: an Arri 416 camera body and Zeiss Ultra 16 lenses, adding the much-needed bonus of the lenses being sharper at the wide-open end. Facing low light situations all throughout the film, maintaining sharpness was a big deal.

Coogler wanted to separate the digital footage from news broadcasts and bring Oscar Grant back to life with the “organic qualities of celluloid,” in order to have a more intimate feel and draw audiences in. 16mm film grain is usually associated with old documentary footage, and that certainly did the trick.

Regarding the lighting, Morrison often matched cinema lights to the existing color temperatures in the space, shaping and heightening contrast. In smaller spaces, there was a special need to augment existing lights by rigging them above cabinets and behind doors, pushing for extra light to come through available windows. This emotional and realistic approach helped make the look integral to the story.

Additional Work: Morrison’s latest effort in the 2015 film “Dope” was also remarkable, with the bonus of it being a great homage to ‘90s culture. 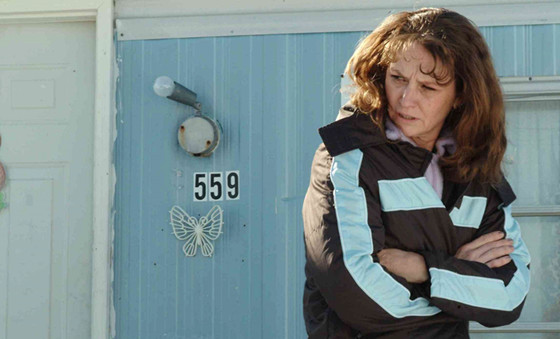 Reed Morano has had a lot of good filmmaking options availabe to her, and is the youngest member to ever be admitted to the American Society of Cinematographers.

Among her body of work, among which she has directed and shot her own feature film “Meadowland” (2015), this is perhaps the most well-known. Courtney Hunt’s low-budget thriller is one the best feature debuts in recent memory. Set around the Mohawk reservation located partly in upstate New York and southern Quebec, marked by the St. Lawrence river.

There’s a certain level of intimacy required to fully comprehend the impact of this film, and it’s important to pay attention to apparently small but fundamental details. While Morano has since then developed a different, more saturated look, in this film she captured what was needed for the story – lingering just about long enough on every right thing.

The praise for this film was highly influenced by how personal it felt, and that had everything to do to how Morano shot it. Morano’s visual signature includes handheld, naturalistic lighting, extreme wides and tight close-ups.

Additional Work: Morano has directed and shot her first feature film in 2015, called “Meadowland.” She’s also known for her incredible contribution as DP for TV shows like HBO’s “Looking” and “Vinyl.”

As one of the best European cinematographers, Champetier has an incredible resume. She has worked alongside Jean-Luc Godard, Claude Lazmann, Benoît Jacquot and Xavier Beauvois, among many other successful directors. With Beauvois, she earned the César for Best Cinematography, and her work has been very frequently selected for competition in Cannes. Léos Carax’s first feature-length film in over a decade allowed her to be selected once again.

If watching “Holy Motors” is a unique enough experience, then understanding how it was made is an even more rewarding one. For once, most of the film was shot at night-time. After a few tests with a different camera in the inside of an actual limo, director and DP reached the conclusion that it would be impossible to achieve what they wanted that way.

The inside of the limousine was ordered and built to make it more spacious and allow room for the shambles that it was supposed to be in. The light inside the limo came from sources that belonged to the set and little LEDs that were brought in on purpose.

Despite being considered a fan of technological challenges, “Holy Motors” marks the first feature that Carax shot digitally. They decided to use the Red Epic 4K HD camera with Panavision Alga equipment, for its excellent restitution of dark colors and skin tone. Champetier used old Zeiss T2.1 lenses, which she often used in her work with Godard.

While Carax did not embrace the digital shooting willingly, it worked wonderfully with the film’s statement: It is both a love letter and a goodbye to traditional cinema. Carax’s films often feature incredible cinematography, yet nothing is quite as lush as what he’s achieved with the help of Champetier. 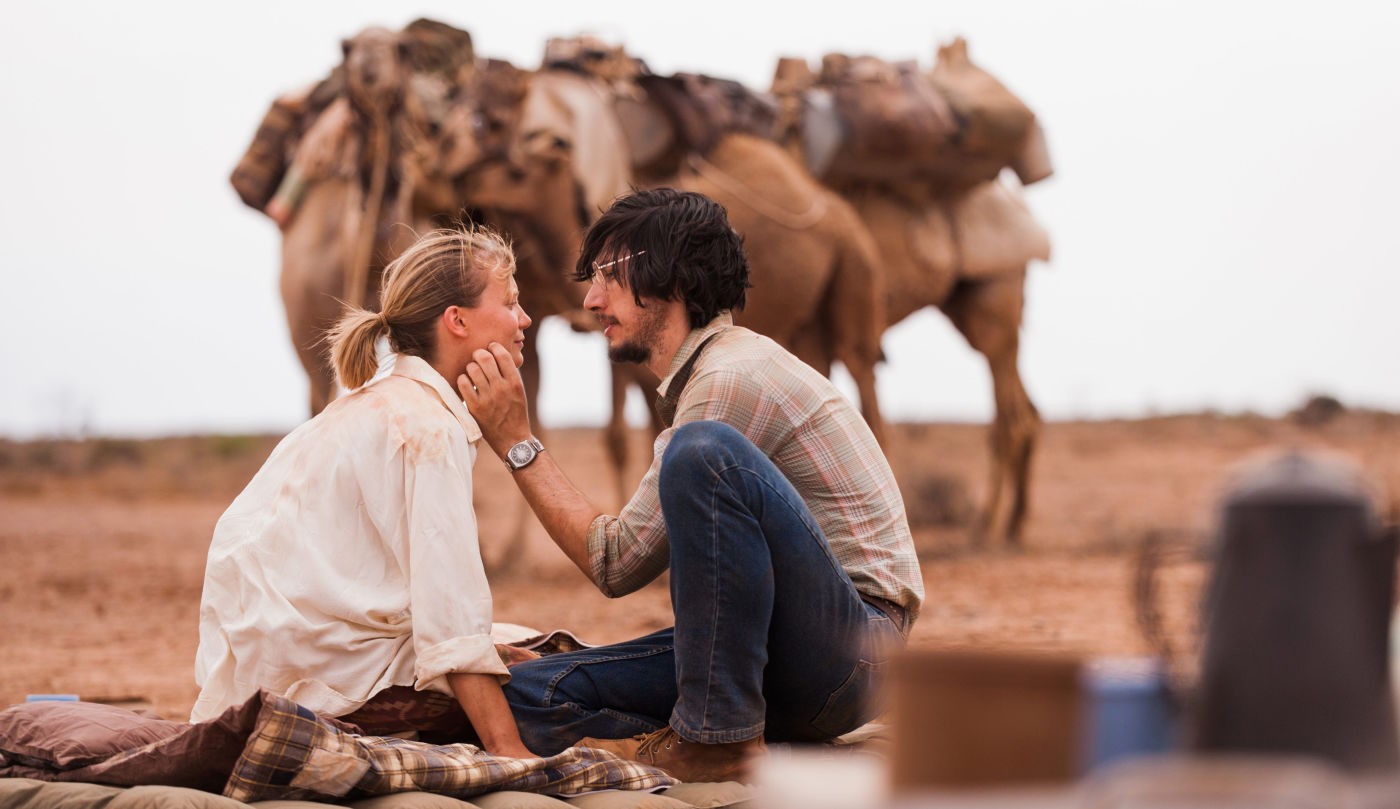 The story of a woman who sets off on a 1,700-mile journey across Australia was evidence enough that the photography would be an essential character in the film. The director, John Curran, preferred to shoot 35mm anamorphic, mostly for the harsh conditions in the desert and because he wanted to capture the “dynamic range and color rendition.”

Australian cinematographer Mandy Walker, who previously worked in Baz Luhrmann’s “Australia,” had the necessary experience and qualities to make this film stand out through the visuals. Largely relying on natural light was a given when shooting on location in Southern Australia, and the camera moves often varied from frantic to smooth.

In specific shots, Walker opted for close focus and a low depth of field lens in order to pay more attention to the main character (played by Mia Wasikowska) and make the audience notice her emotional state instead of the incredible landscape behind her.

Walker has mentioned she photographed “Tracks” having in mind the ‘70s setting, and was inspired by important films of that decade as well as the paintings of fellow Aussie Sidney Nolan. Working through dust storms might seem impossible, and the budget wasn’t considered big. The equipment was smattering, and the director wanted the film to look exceptionally neat, not grainy at all or documentary-like.

It was a huge challenge to manage to make a beautiful movie without any generator or lighting setup, shooting it on film and anamorphic, but Walker succeeded. On some night scenes in the desert there was hardly any light available, so she had to figure out how to make it look real while being able to tell what was going on and keep telling the story with the images. This included a real fire to light the background.

Curran wanted the landscape to become a character, and this was well achieved, with every shot of the Outback perfectly composed by one of Australia’s leading cinematographers.