This is one of Martin Scorsese’s masterpieces, without any doubt, and maybe one of Leonardo DiCaprio’s best performances. It’s a film where Marshal Teddy, along with another marshal, travels to an island where a mental hospital is located, and they must find a missing patient.

The strange events that take place there are inexplicable, combined with horror and psychological pressure, and as the film progresses, we get lost in the plot, questioning whether everyone else is mentally ill and Teddy is the marshal, or if Teddy has some mental issues himself. After ‘finding’ the missing patient, the plot changes and it may even seem that it lost the point.

The main character is plagued by nightmares and hallucinations, which are followed by flashbacks to his tragic past. This is a film that has an ending that will question everything and make the plot turn upside down.

South Korean films are famous for their passion for vengeance, bloodbaths, and horror shows, but “Oldboy” is somewhat different, despite containing all these elements.

This film is the second part of the Vengeance Trilogy shot by Park Chan-wook. The other two are “Sympathy for Mr. Vengeance” and “Lady Vengeance”, even though all of these films do not have the same plot and are not narratively connected.

The film won the Grand Prix at the 2004 Cannes Film Festival and is considered one of the best cult movies ever made. Oh Dae-Su is a middle-aged man who is imprisoned for 15 years and then released, without him knowing why he was confined nor released. Life went on without him, and after his escape, it is merely too strange for him to accept the world that he saw only through a small TV in his prison.

He has five days to find out who his captor was, or the new love of Oh Dae-Su will be killed. As the film progresses, the viewers struggle the same way the main character does. He finds it hard to live with the fact that his family and everyone he knew are dead by now.

The narrative follows flashbacks from the life of the captor. Every single character is tragic in their own way, and it’s hard to tell who is good and who is bad. 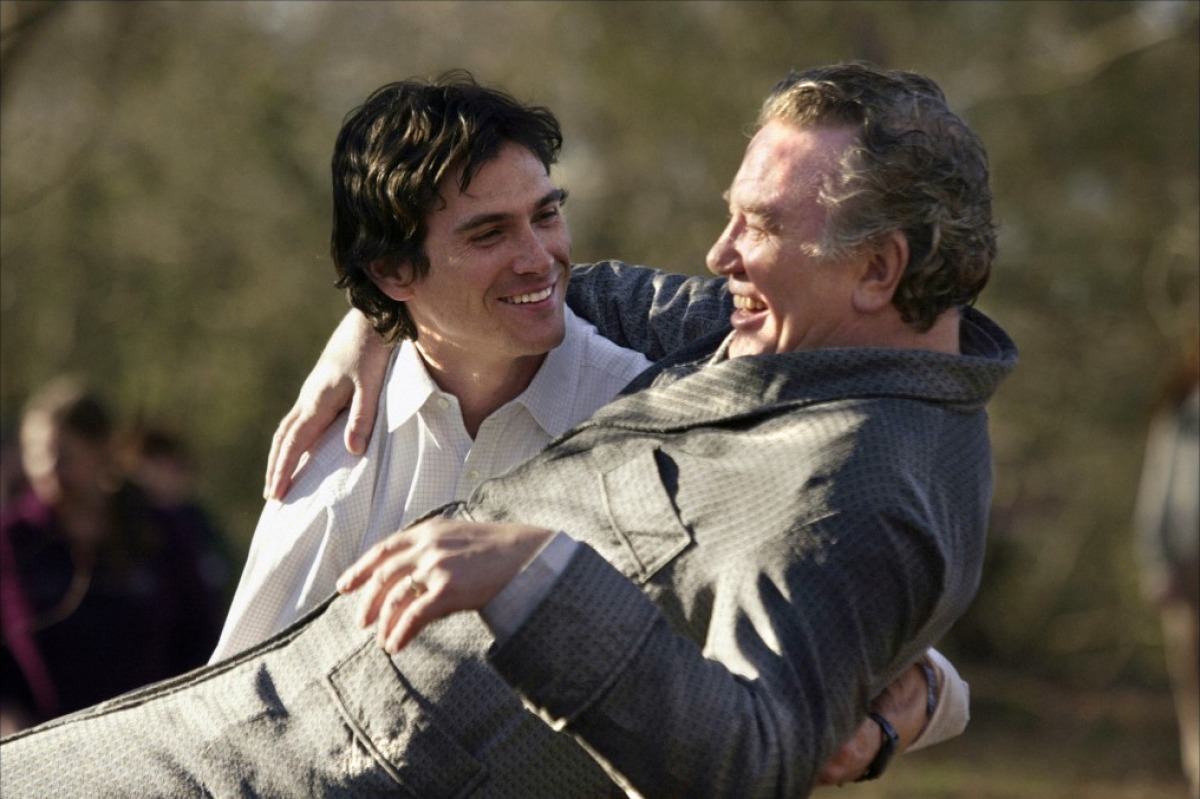 What may be Tim Burton’s best ever film, based on Daniel Wallace’s novel by the same name, is both emotionally profound and visually stunning at the same time.

Ewan McGregor, from the famous “Trainspotting”, presents one of his best performances. Beside Burton’s usual visual effects, which are always mesmerizing, the relationship between the dying father and the son also involves a series of fairy tales from the Southern Gothic point of view.

The plot mainly includes the stories that are told by the father. The father-son sentiments are mixed with the fairy tale-like storyline, and we get a good film that can teach a lesson or two.

In his early years as a director and a screenwriter, Christopher Nolan was still not quite famous for his love for sci-fi and mind-blowing films, but his “Memento” made a huge impact in those days.

Leonard (played by Guy Pearce), a middle-aged man with a short-term memory disorder, is trying to create a strange system that will help him to remember and hunt down the murderer of his wife.

While watching the film, many will have a strange feeling, kind of like being lost in the film’s summary. It may even seem like it’s too complicated or hard to understand, but eventually, after the film ends, everything will be at the right place.

It seems that Leonard is having constant déjà vu, as every single day is the same, but the story is told backwards. The audience must work their way back to the beginning, while Leonard is doing the opposite. Backwards narrative isn’t new to cinema, but what makes this film special is that protagonist remembers that he has a short-memory disorder, that he witnessed his wife being murdered, but nothing else.

So, as a fugitive, he must hunt down the murderer; he makes notes, maps, and talks very fast, because he knows that in a few minutes he will forget everything and must start all over again. Thus, this film is a must-see, and also one must see it several times, just to make sure the main plot stays the same.

One of the most entertaining and also deep roles played by Bill Murray is presented in early 90’s film, “Groundhog Day”.

Phil, a middle-aged weatherman, finds himself living the same day over and over again and he’s the only one to know this. Every year, on February 2nd, he is sent to the town center to cover the Groundhog Day festival, in which the town groundhog is waken from his sleep just to discover if he is able to see his own shadow; if he does, then the town will have another six weeks of winter.

Maybe the fact that he lives the same day over and over again, may also be the idea of us thinking that every day is a new chance for a new beginning, and it is quite easy to see the positive things in everything. Life is just too much for him, but living the same day is a given chance to review the things you see every day, that maybe life ain’t that bad after all.

This may be one of the century’s most discussed films about dreams and totems. Again, the ending seems so hard to understand, mainly because the point is to discover whether Cobb is still in a dream or back in reality.

A thief, who steals corporate secrets through use of dream-sharing technology, is given the inverse task of planting an idea into the mind of a CEO. This is the main plot, but the interesting thing in this film is that it discusses the idea of dreams, to the point where entering one’s dream is an adventure, an experience to discover something new, even though it is possible to get stuck there.

But Cobb’s situation is kind of different; he gets to the point where it doesn’t matter anymore, whether he is still in a dream or not. He leaves his totem behind for the love of his children and he accepts this state of mind.

This is probably the best film from Terrence Malick, and a film with total boldness. The three boys from the O’Brien family love to play in the summer, spend days and nights out in the neighborhood, staring at the sunshine.

Then they will grow up and find out who they are. We see alienation between the parents and the children; the father, played by Brad Pitt, is a disciplined and caring man, and mother is a symbol of forgiveness.

Just like other films on this list, “The Tree of Life” represents the connection between past and present, and past and future. A deep philosophical reference makes this film more watchable than ever, probably a few times, because once is not enough.

But what occurs the most is the relationship between parents and their children, and how they shape the reality for their own kids, because father and mother are the only parents and people to whom a child shares his or her emotions.

With another stunning performance from Jared Leto, “Mr. Nobody” made a huge impact a few years back. Leto played Nemo Nobody, the last mortal in a sexless futuristic world, where people can regenerate indefinitely. On his 118th birthday, in the year of 2092, he relates his memories to a journalist.

We follow the life of Nemo, from he was a child, and the flashbacks offer us alternate action that lead to different consequences. His parents are divorced and he needs to choose who he will live with.

Following the voyage through the past, he chooses both of them in different alternate realities. Even though it’s hard to follow the real world, Nemo’s path through the past is somewhat depressing and confusing.

Darren Arofonsky presents the sentimental side of “The Wolverine”, as Hugh Jackman is mostly known as.

“The Fountain” is a film where we see dozens of realities played by one person, Tomas / Tommy / Tom Creo, who struggles to find a cure for his wife from cancer, Isabel / Izzi Creo, played by Rachel Weisz.

The film begins as Tom Creo, a young Spanish conquistador, searches the Tree of Life for his beloved wife. Soon after, we appear in 21st century, where Tommy is a scientist, desperate to find a cure for a tumor in the brain of his wife. Soon after, in 26th century, Tom, the same person, is in a big bubble with a dying tree by his side and traveling towards a mysterious nebula.

The film shows different realities, but the quest is same for everyone – the search for eternal life. It is a bold action from the director to publish a film that had various reactions and critics, as it is a delicate and very complex genre. Some may think that it didn’t live up to expectations, but overall, it does make sense.

Back in early 2000s, Richard Kelly’s debut film came out and it made quite a big impact, as it was a huge hit until now.

Young Jake Gyllenhaal plays a troubled teenager, Donnie Darko, who is a an openly misanthropic youngster and has a vision of a 6-foot tall man dressed in a rabbit costume, who manipulates him and makes him commit series of crimes, and soon he tells Donnie the estimated time when the world will end.

During the film, we see the events that evolve around Donnie and his struggling life. We share the same hallucinations as him and by the time film ends, there are many questions left unanswered, and it is hard to see what is real and what is part of Donnie’s imagination, as it is hardly related to things we see in reality, but also questions the reality and the existence of some kind of paranormal and parallel universe that determines our fate.

Author Bio: Sandro Sanaia is on his second year at the Tblisi State University studying Journalism. He’s also an intern in a local Television. Apart from films, He enjoys music and books.