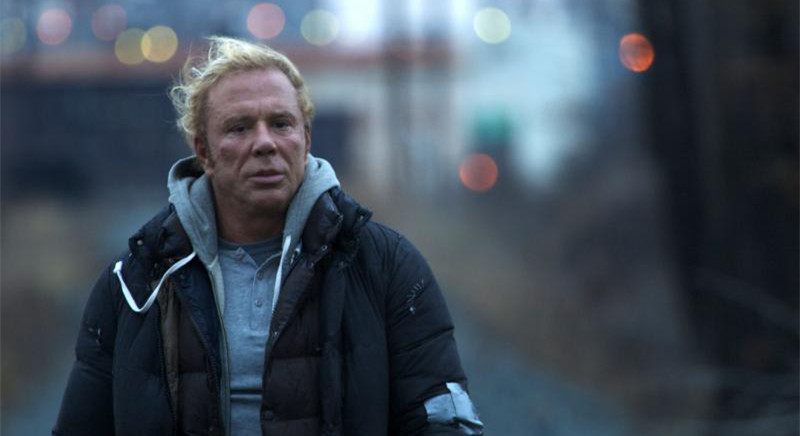 In the arts, there are a few age-old themes that have persisted throughout the centuries. One can find these themes in plays, poetry and songs from the works of Homer to the modern era.

They persist because they are universally relevant, because every society understands them, no matter the time or place. They are the reason why Oedipus Rex resonates as much today as it did four centuries before the birth of Christ.

Redemption is one of those themes, and this list will consist of fifteen of the greatest cinematic treatments of that theme.

Simon Pegg, Nick Frost and Edgar Wright are arguably the best comedy team working in British cinema today, and The World’s End is the final entry in their Three Flavours Cornetto Trilogy, following on from Shaun of the Dead and Hot Fuzz with the tale of a pub crawl that causes the end of industrial civilisation.

Gary King (Pegg) is a middle-aged manchild who remains obsessed with his school days due to having made nothing of his life since then – unlike his friends, who have all moved on and found their places in the world.

Desperate to recapture the glory of his youth, Gary convinces his friends to reunite in Newton Haven, the village where they grew up and where Gary still lives. They intend to complete the pub crawl that they never finished as teenagers.

Gary has a lot to atone for: towards the end of the film, it is revealed that he crashed a car while drunk, and left his seriously injured friend Andy (Frost) to take the blame.

As the pub crawl wears on, Gary and his friends discover that Newton Haven is the epicentre of an alien invasion, with the villagers gradually being replaced by androids. Gary draws on his rebellious childhood in order to stand up to the aliens – they leave Earth, but destroy all modern technology in the process, leaving humanity in a state akin to the Dark Ages.

At the end of the film, however, we find that this has worked out relatively well for the characters: Andy and his wife have mended their troubled marriage, and Gary has finally found his place in the world, leading a band of androids now free from alien control. His redemption comes in the form of literally saving the world, and in the process turning it into a place where he fits in.

Bartleby and Loki, two fallen angels played by Ben Affleck and Matt Damon respectively, are the main characters of this irreverent religious comedy from Clerks director Kevin Smith, and the redemption they seek is a fittingly literal one.

The two angels are trying to find a way to re-enter heaven, but doing so would prove God fallible and bring about the end of all creation.

Smith’s comedic talent is well displayed in this film, but it’s the actors who really steal the show. The cast – which includes Alan Rickman as Metatron, comedy duo Jay and Silent Bob as modern-day prophets, and Chris Rock as the thirteenth apostle – are hilarious, and while the film is unlikely to be considered a masterpiece, it works when taken as what it is: a well-written, well-acted, hysterically funny comedy that literally laughs in the face of the apocalypse. 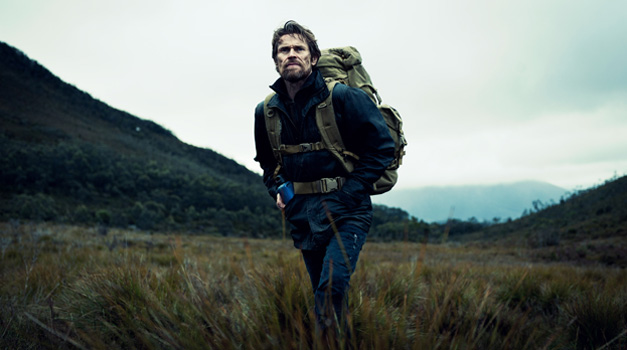 The desolate wilderness of Tasmania is the perfect backdrop to Daniel Netheim’s tale of a man at war with his conscience. Willem Dafoe stars as a mercenary hired to hunt down the last living Tasmanian Tiger for a biotechnology company.

The film unfolds as a man vs. nature story of an unusual variety, with Dafoe gradually beginning to question the morality of his task, especially when it leads him into conflict with the local townspeople.

Dafoe plays the character with a kind of defeated weariness that grows more and more intense over the course of the film, as his task becomes less and less important to him compared to the affections of the local family with whom he is staying.

Dafoe’s character is a man at the end of his rope, worn down by a life of violence, looking for a way out; at the film’s heartbreaking climax, he finds that way out and takes it. After finally discovering the tiger’s nest, Dafoe encounters a rival hunter, whom he kills in self defence.

When he realises that the biotech company will never stop hunting the tiger until they catch it, he shoots the one remaining specimen and cremates it, before returning to town to find a new life with the young local boy to whom he has become a sort of adopted father.

The Hunter is a beautifully-shot film about the human capacity for destruction, and its consequences for both nature and humanity.

Was there ever a character more in need of redemption than Cain? Inventor of murder, the first parricide, Christian mythology paints Adam’s younger son using the very darkest of pallets. Jason Krawcyzk’s film, starring Henry Rollins in the lead role, attempts to show a more human side to the character.

In many ways, the film follows the same narrative that so many others do: a man doesn’t care about anyone, he comes into contact with an estranged relative (usually a child), he gradually learns to care and redeems himself with an act of fatherly compassion.

The difference here, of course, is that the man in question is a Biblical character condemned to an endless, cannibalistic life. Rollins – seen here in his first lead performance in a major motion picture – plays the character perfectly, giving him the right mixture of world-weariness and barely-contained violent compulsions, and delivers his lines with the perfect deadpan wit. 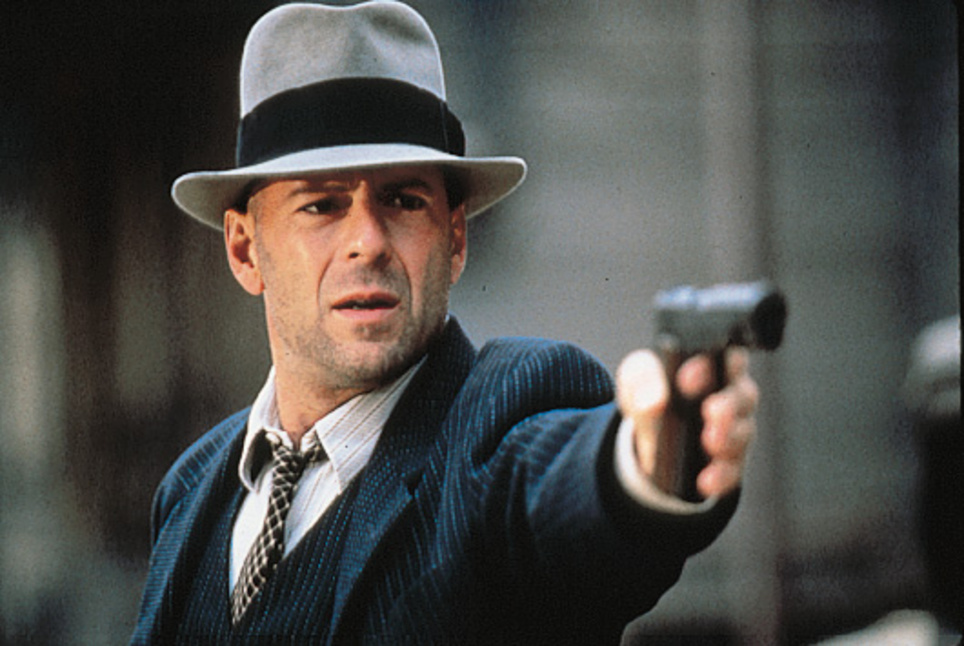 Last Man Standing is a remake of Japanese classic Yojimbo (Akira Kurosawa, 1961) that trades feudal Japan for prohibition-era Texas and samurai for gangsters.

Bruce Willis plays the main character, John Smith, a gun for hire and self-proclaimed man without a conscience who arrives in the border town of Jericho, where two rival gangs are warring for control of the town.

Smith decides to play both gangs against one another, wiping them both out and making a fortune in the process. At the beginning of the film, Smith is the classic hard-boiled tough guy, Phillip Marlowe in Texas. He only cares about the money he can make in Jericho.

By the end of the film, however, despite the success of his plan, Smith leaves town without a penny, having used all his money to help various women escape town to save them from the wrath of various gangsters.

It’s an old story, in many ways – a man without a conscience learns to care – but Hill tells it well, and the operatic direction combined with stellar performances from Willis and Christopher Walken, make the film a classic in its own right.

Tokyo Godfathers’ plot revolves around the attempts of three homeless people to return an abandoned baby to its parents. Set in Tokyo at Christmas, the film has drawn praise for its portrayal of homeless people and the fact that one of its main characters is a transgender woman.

The character that is most relevant to this article, though, is Gin, an alcoholic and disgraced racing driver. He blames himself for failing to prevent the deaths of his wife and daughter, and this (combined with his drinking) has made him a bitter, abrasive man who pushes away anyone who tries to get close to him, including Hana, the woman who loves him.

However, over the course of his quest to find the abandoned baby’s parents, Gin learns to let people get close to him again. In its focus on families (both conventional and otherwise) and the importance of being close to those we love, Tokyo Godfathers is a classic Christmas film, and it deals with redemption in the same way as others of that sub-genre.

There are hundreds of films about characters seeking redemption, but what happens when your protagonist actively rejects the very idea that he can be redeemed?

In Leaving Las Vegas, Nicholas Cage plays Ben, an alcoholic who has destroyed both his personal and professional life and decides to move to Las Vegas to drink himself to death. He sells everything he owns but his car, which he drives to Vegas before selling, and severs all ties to the few remaining people he knows.

From the very beginning of the film, then, Ben is committed to his own death. Once in Las Vegas, he meets prostitute Sera, played by Elisabeth Shue, whom he embarks on an affair with. Their relationship has two stipulations: he must never ask her to quit her job and she must never ask him to quit drinking.

Predictably, the relationship does not last, and Sera leaves, only returning when Ben calls her to tell her he is on his deathbed. By refusing so absolutely the very idea of redemption, the film makes redemption its main subject matter. Ben’s last month on Earth is a whole-hearted rejection of any offer of help or salvation, but in that very act he invites the audience to question what redemption really is.

Ben may die of alcohol poisoning in a filthy bed in a cheap motel, but has he redeemed his life simply by falling in love? Has the meaning he found in his last month made up for the meaninglessness of his previous life? The hopelessness of Leaving Las Vegas may make it hard to watch, but any list of films about redemption would be incomplete without it.