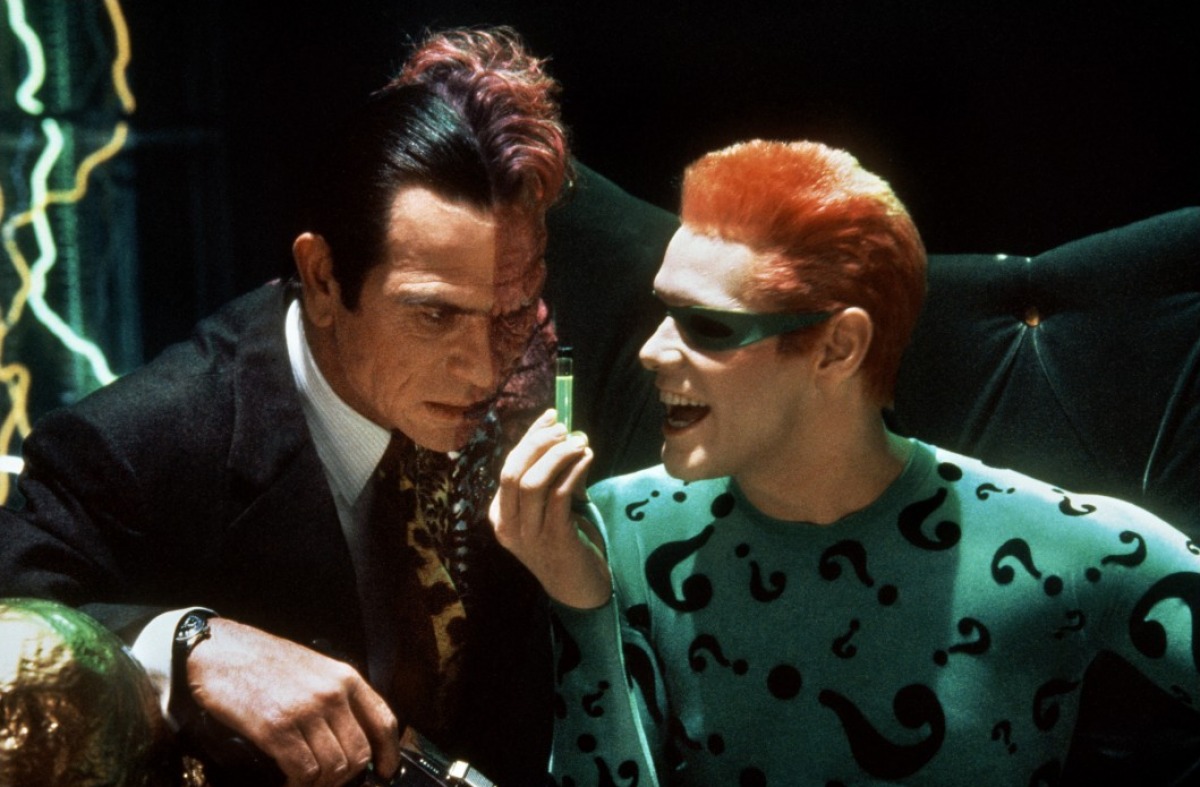 Music in films are usually a tool that filmmakers use to highlight the drama and action happening in movies, especially if the lyrics fit the situation on screen.

It is fair to say that popular films and music often go hand in hand if one is connected to the other. While they both may be successful commercially, it is the lasting impact of either medium that ultimately counts, and quite often a film’s soundtrack will be far more remembered than the movie it was attached to.

This could be attributed to the fact that the general public are more likely to have more exposure to the songs when they listen to the radio rather than making the effort to watch the movie. But quite often the movies in question have a lot to be desired, whereas the soundtracks are music to people’s ears.

The songs, which will always be associated with these movies, may even make listeners enjoying the songs think that the movie must be really good too, only to be left disappointed after seeing it.

The below movies range from merely being average or forgettable to being plain terrible, but the soundtracks are sublime and totally make you feel nostalgic for a movie that you don’t remember for a good reason. 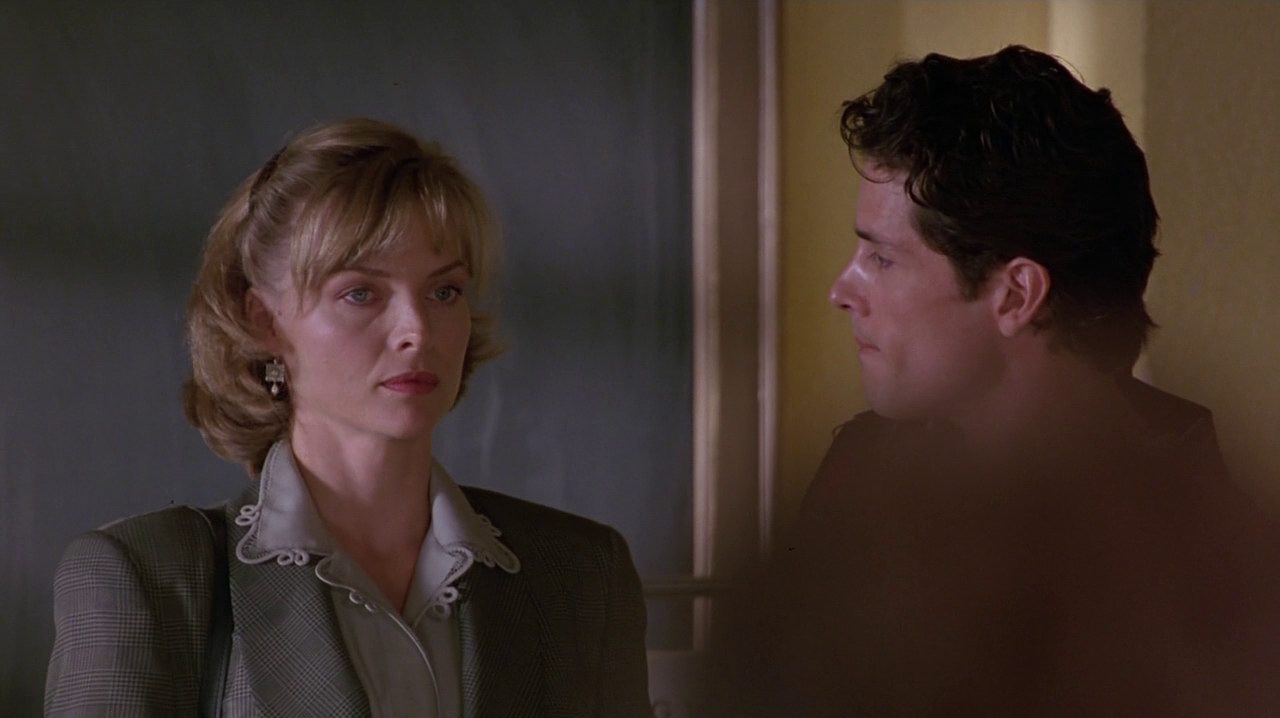 Once you have seen one drama about a teacher trying to turn around the lives of disadvantaged and usually criminal students from a bad neighbourhood, you have seen them all.

Dangerous Minds is no different, and Michelle Pfeiffer’s teacher character is the stock character you have seen in all these type of movies. While the troubles the students face is tragic, it is still very much Hollywood’s version of “the hood”.

Its soundtrack, however, is a great collection of urban and hip hop music from the mid-1990s. The songs conveyed the feeling of the harsh realities of the ghetto to great beats.

The definite standout hit here is ‘Gangster’s Paradise’ by Coolio, easily the rapper’s biggest hit. Its dark, brooding tune mixed with Coolio’s angry and frustrated vocals about the perils of street life did more to convey the struggle the film’s characters faced than the film itself. 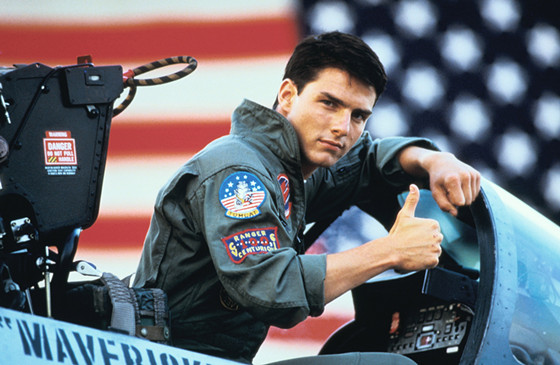 With all the loud synthesized rock music blasting throughout the film, the now very cheesy Top Gun may be laughable and cringe worthy by today’s standards. It is pure Hollywood, and made purely for entertainment purposes (although that’s not always a bad thing). But its soundtrack has kept the film in the public consciousness in the 30 years after the film’s release.

Pumping rock songs like ‘Danger Zone’ by Kenny Loggins and ‘Mighty Wings’ by Cheap Trick pump you up for an intense film full of great fighter jet action and general 1980s coolness. Loggins’ other contribution to the Top Gun soundtrack, ‘Playing With The Boys’, has been criticised for making the film “really gay”, as its played when the pilots are playing volleyball without shirts on, but it’s an upbeat song nonetheless.

Top Gun is also known for its romantic subplot between Maverick (Tom Cruise) and Charlie (Kelly McGillis), and ‘Take My Breath Away’ by Berlin has since become one of the most memorable movie love songs ever made. 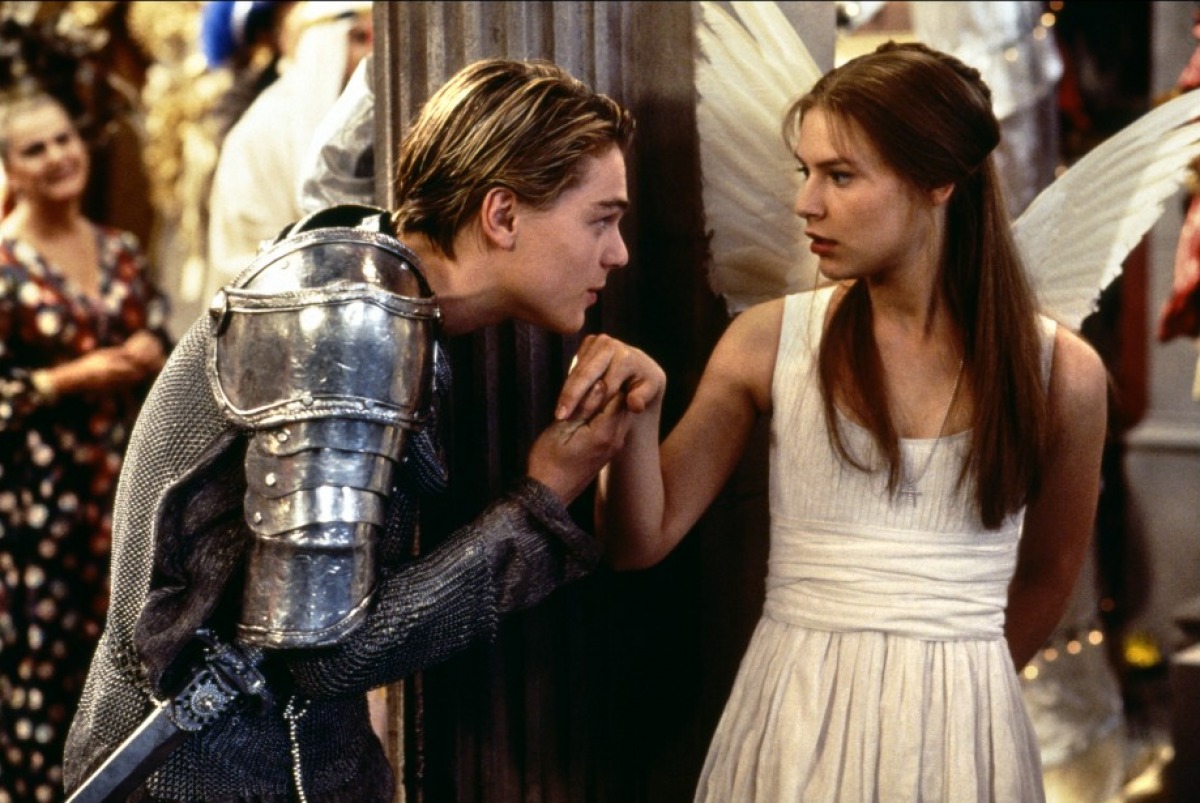 Whether it was Luhrmann’s over the top and flashy direction or the confusing old Shakespearean English spoken that gave the film its mixed reviews is a matter of opinion. Shakespeare purists did not care for this very visual interpretation of the Bard’s most famous play, although it was a hit with general audiences.

The soundtrack’s track listing is very ‘90s and could not be mistakenly thought to have been made in another decade. Bands that will always be associated with the 1990s are included here, such as Garbage, The Cardigans, Radiohead, Everclear, and other acts whose contribution to the Romeo + Juliet soundtrack was probably the highpoint of their careers.

The film’s music highlighted the passion, the love and the tragedy between the doomed young lovers just as much as Leonardo DiCaprio and Claire Danes’ performances conveyed. 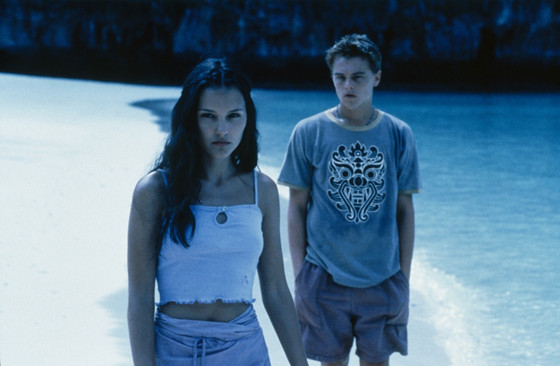 British filmmaker Danny Boyle is usually highly praised for his work on hit movies like Trainspotting and 28 Days Later. However, in between making those films, many believed he made a huge misstep when he filmed The Beach.

The film was made shortly after its star Leonardo DiCaprio won both movie stardom and the hearts of teenage girls everywhere, the filmmakers felt the film would be a big hit thanks to its star. Despite that, the film was still panned.

The Beach’s soundtrack received much more praise than the film ever did though. The biggest hit from the album is ‘Pure Shores’ by All Saints, a sweet RnB song that is still popular.

The rest of the soundtrack consists of mostly house songs by the likes of Moby, New Order, and Underworld, and pop rock tracks from Blur and Sugar Ray that create the film’s tranquil yet partying atmosphere. 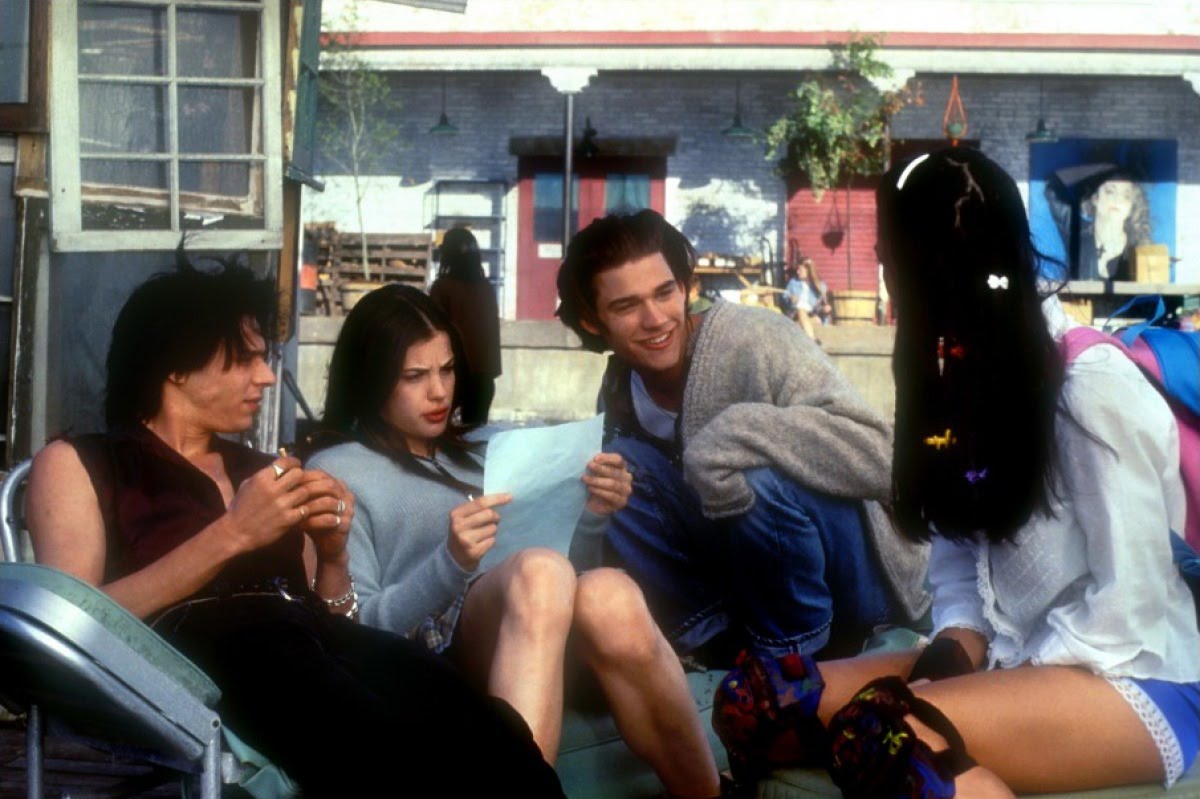 Somewhat like a lesser version of Clerks, Empire Records is set entirely in a record store with a bunch of typical ‘90s slackers in the late teens or early 20s working while talking about music, love and growing up. The film definitely has its fan base, and has plenty of funny moments, but Empire Records’ soundtrack really supersedes the film’s popularity.

With bands that will always be associated with the 1990s, such as The Cranberries, The Gin Blossoms, Better Than Ezra, and other bands of their ilk, the Empire Records soundtrack really is a product of its time. The film’s record store setting allows these great songs to be heard loud and clear throughout the film, and that’s responsible for half of the film’s entertainment value in itself. 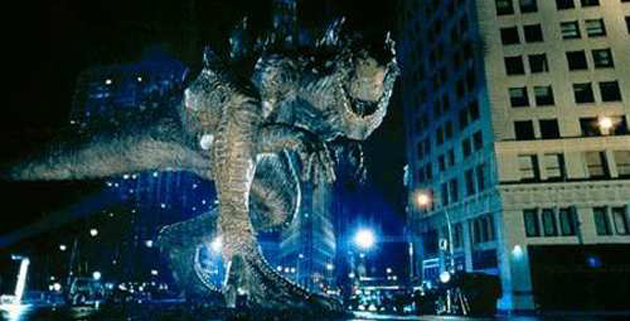 Godzilla recently received a remake, perhaps to help the world forgot about the 1998 bomb of a film. It seriously is terrible; stereotypical characters (specifically being very “New York”), clichéd romantic subplot, and the action is just plain boring. For a summer blockbuster film, Godzilla really has no entertainment value whatsoever, not even in an “it’s so bad it’s good” way.

Despite Godzilla being utterly pathetic, its soundtrack is quite strong, full of popular acts from the era who contributed great songs. Believe it or not, these songs by Green Day, Ben Folds Five, Foo Fighters, Fuel, Silverchair, Rage Against The Machine and others are far more entertaining than seeing a giant lizard destroy New York City.

The soundtrack’s highlight is definitely ‘Come With Me’ by Puff Daddy, which was a huge hit, and rightfully so. Its powerful music (sampled from the Led Zeppelin song ‘Kashmir’) with his quick and angry rapping really create a sense of intensity that the film simply could not do. 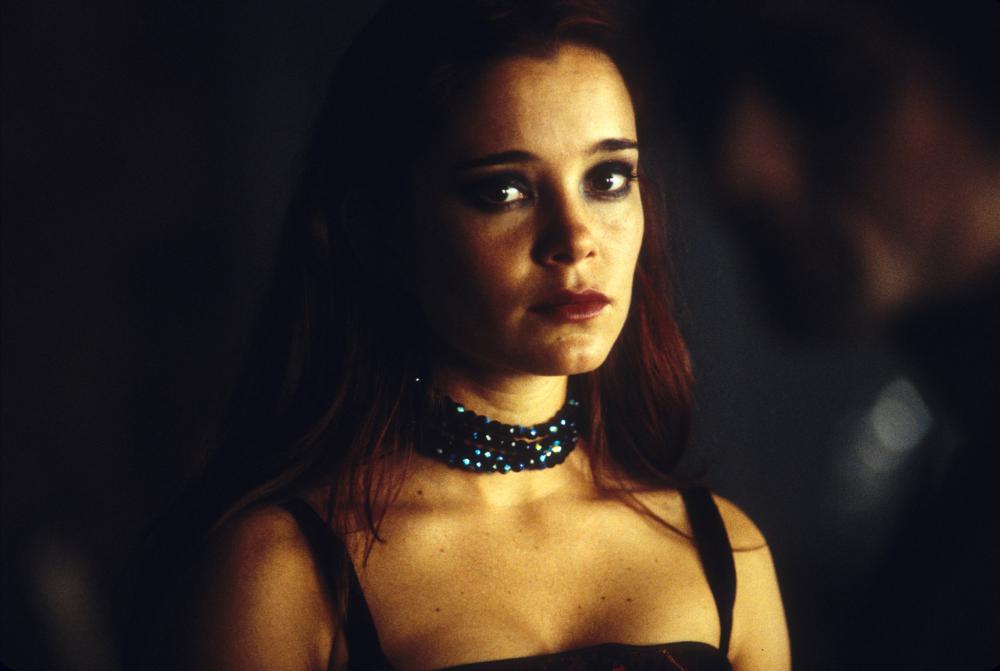 A spinoff of the 1994 hit movie Interview With The Vampire, Queen Of The Damned went in a completely different direction and new cast from its predecessor.

The film cast Stuart Townsend as Tom Cruise’s tormented vampire Lestat, and made him a cocky goth rock star who no longer lives in secret and is conquering the world one rock song at a time. The acting is melodramatic, and the plot thin and even teenyboppy (in its own “dark” way). Both fans of the first film and general audiences did not care for this take on Anne Rice’s novel.

The film tries too hard to be edgy and dark for the sake of it, and it comes across as very lame. However, the songs Lestat’s band perform are definitely not lame. The soundtrack was produced by Jonathan Davis of Korn, so it is no surprise that the soundtrack consists entirely of dark, gothic rock songs, and it is simply a thing of gloomy wonder.

Although Davis could not perform on the soundtrack himself due to contractual reasons (although his own take of the song ‘System’ is in the film, and is far superior to Chester Bennington’s featured version), the soundtrack is a who’s who of the goth and heavy metal world circa 2002. With bands such as Marilyn Manson, Deftones, Disturbed, Static X and more contributing their dark music to the soundtrack, it is a great angsty, angry rock album in its own right.