If you are a film hero, or at least a protagonist, having a sidekick is the only way to go.

They can perform a variety of functions including:

a. Accompany you on your brave adventures
b. Be there to explain complex situations
c. Laugh at all your jokes
d. Be the comic relief
e. Take the brunt of the damage
f. Be the other end of the conversation

Mostly, though, a great sidekick is there when the hero needs them most; to provide assistance to move along the story and enable the relationship between the main characters and themselves.
For some of the greats, it’s hard to even think of one without the other.

In the world of television:

Sidekicks can come in all shapes and sizes, but usually a different size and demeanor is the case to provide juxtaposition against the lead character.

Whatever the case, sidekicks are there if we need them to round out the story you are telling and make things more interesting for the audience.

Understanding this list could have been just animated films only, this author tried to include a variety of genres to make it more interesting.

Below are 20 of my favorites.

When over-the hill gunslinger, William Munny (Clint Eastwood) decides to go after a reward to retire some outlaws who disfigured a prostitute, he immediately turns to his old friend and partner, Ned Logan (Morgan Freeman), for some extra firepower on his side. He remembers Ned has prowess with a rifle, and Ned agrees to tag along.

The two men meet up with the “Schofield Kid” while in pursuit of the outlaws and catch up with one of them and his friends. When the time comes to perform on his rifle, Ned has second thoughts as much time has passed and he has lost his killer instinct from his youth.He decides to return to his wife, but is captured by “Little Bill” (Gene Hackman) while on his way.

Freeman’s performance is understated compared to some of his more robust roles, and was overshadowed by the deserving Hackman; however, provides some much-needed assistance to Munny when needed. The two men share comradery from the earlier days and seeing the two screen legends together onscreen is priceless. 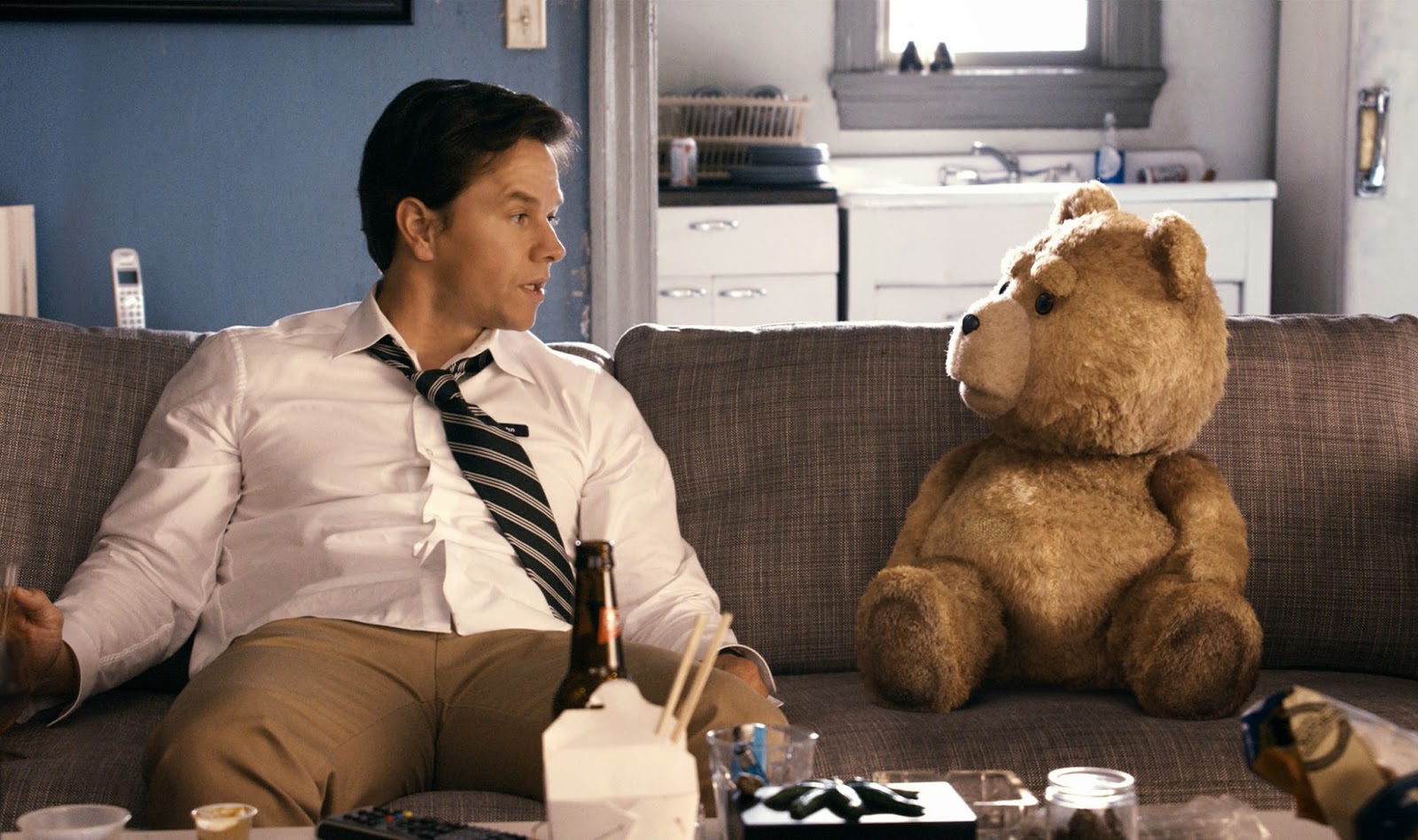 If you are kid John Bennett (Mark Wahlberg), your only wish is to have your new teddy bear come to life and be your best friend. Guess what, the wish comes true?

Unfortunately, Ted (Seth MacFarlane) and John are now grown and still living together playing video games, getting drunk doing drugs and not much else.

John did find time to acquire a girlfriend (Mila Kunis) who is growing impatient from John’s lack of commitment and maturity.

The “Flash Gordon” scenes with star Sam J. Jones are the funniest of the film for me. This author probably watched the 1980 cult classic more than 100 times in my youth!

Ted is a worthy sidekick in many ways as he provided friendship and emotional support to John from when he was a kid along to adulthood. MacFarlane provided his usual vocal stylings as well as a snappy script which had some genuine laughs throughout.

“Ted 2” was not quite as funny and original as the first film, but still had some laughs. One would have to assume “Ted 3” is a foregone conclusion. 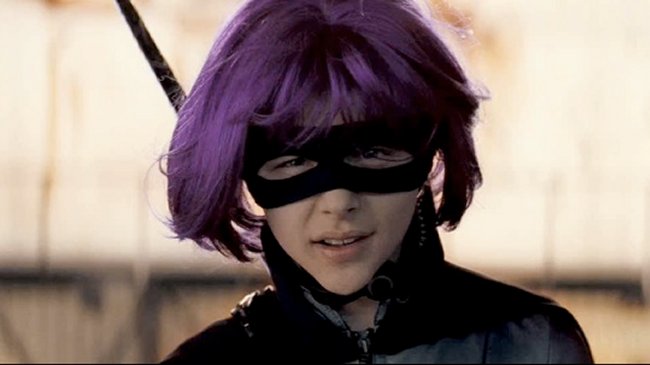 What a pleasant surprise “Kick-Ass” the film was when released in 2010. The film adaptation of the comic series by Mark Millar and John Romita Jr. was foul, politically incorrect and hilarious.

A simple story of a boring high school student (Aaron Johnson) who takes it upon himself to makeover himself into an unimpressive superhero with no powers is full of colorful characters.

Soon after donning his supersuit, Kick-Ass discovers being a hero is harder than it looks and he gets his butt kicked. He later joins forces with the father-daughter team of Big Daddy and Hit-Girl (Nicolas Cage and (Chloë Grace Moretz) to defeat the evil Red Mist (Christopher Mintz-Plasse).

The film turns conventional superhero antics on their ear and is dripping with originality. The “R” ratings lets the characters speak their mind to that level and makes the jokes more extreme. Hit-Girl is a worthy sidekick to Kick-Ass, especially once Big Daddy’s fate is sealed, and she performs well to aid the hero. She doesn’t act like a normal “girl” in many ways which is why her character is more than memorable and original especially in the world of sidekicks.

For some reason, Jim Carrey signed to appear in “Kick-Ass 2” and then immediately bashed the film even before it was released saying it was too violent. Had he not watched the first film? Here’s hoping “Kick-Ass 3” makes it back to the big screen!

In the world of memorable animated sidekicks, few could hold a candle to everyone’s favorite regal blue tang with short-term memory problems!

When young clownfish Nemo (Alexander Gould) is accidentally snagged by evil scuba divers, his father, Marlin (Albert Brooks), ventured out to find him. He meets Dory (Ellen DeGeneres), and the two join forces to try and find the lost little fish.

The phrase “scene-stealing” would have to apply to Dory in every scene she appears in “Finding Nemo”. Her short-term memory loss is exploited in nearly every scene to make the character not only a sidekick, but unforgettable.

One could argue the vocal performance by Ellen DeGeneres gave her the opportunity to have her own talk show and also contributed to the vast financial success of the film.

It actually took Pixar 13 years to release a sequel called “Finding Dory” in 2016. The original film was yet another notch on the belt of Pixar’s nearly flawless track record of producing successful animated film dynasties. “Finding Dory” will end up being the highest grossing summer film of 2016 grossing over $475 million.

Frequent high school truant, Ferris Bueller (Matthew Broderick) thinks he only has one more chance to pull off an unforgettable skip day left in him before parents and faculty take notice, so he’d better make it a good one.

Events come to a head when the Ferrari the group borrowed from Cameron’s father plummets out of its garage to the ravine below. Like a best friend should, Cameron says he will take the heat from his father as maybe this will be the catalyst for them to work some things out.

Actor Alan Ruck inhabits Cameron well and provides worthy sidekickness to Ferris, complementing the goofy high school kid and girlfriend with the occasional voice of reason. He usually is putty in Ferris’s hands, but he does try hard to inject his opinion in the situation.

Writer/director Kevin Smith originally wrote the part of “Randal” for himself he says, which is why that character is the one with all the funniest dialogue. Randal is the one who says the line “This job would be great if it wasn’t for the fucking customers.” Which is the mantra for the film. Dante (Brian O’Halloran) gets called in to work at the Quick Stop even though he is “not even supposed to be here today!”

Best friend, sidekick, and all-around lazy goof off slacker Randal (Jeff Anderson) shows up late opening the RST Video store next door. Randal is a distracting influence on Dante, angering customers with his antics and foul language, and even persuading Dante to close the store so they can attend a funeral of a classmate who has died.

He participates in a rooftop hockey game with Dante as well as get mixed up in Dante’s love triangle with current girlfriend, Veronica (Marilyn Ghigliotti) and ex, Caitlin (Lisa Spoonauer).

Smith’s screenplay for “Clerks” is inventive, profane and very funny. The character of Randal was written with a sarcastic, irreverent tone which fit the character well.

In “Clerks II”, the two friends are still together, go to work at fast-food joint, “Mooby’s” and end up buying back and reopening the Quick Stop after a fire. Maybe someday Smith will get around to making “Clerks III”.