14. Mini-Me from Austin Powers: The Spy Who Shagged Me

When New Line Cinema studio executives greenlit the sequel to “Austin Powers: International Man of Mystery” there had to have been some concern as the film only did just north of $50 million upon initial release. It ended up being a huge hit on video and emerging DVD; however, it was still a risk.

The sequel ends up becoming a huge success earning over $200 million and becoming a huge phenomenon largely due to the well written new characters of “Fat Bastard” and “Mini-Me”.

Diminutive actor Verne Troyer had the additional challenge of playing the sidekick to Dr. Evil without saying a word, basically becoming his “pet” or something out of “The Island of Dr. Moreau”.

Dr. Evil doesn’t go anywhere without his newly-created small clone of himself. Mini-Me ends up taking over every scene in which he appears. He for ferocious, mean and never really in a good mood.

The opening sequence of the 3rd Austin Powers film also features cameos by huge stars including Tom Cruise, Steven Spielberg and Danny DeVito as Mini-Me. That entire sequence is one-of-a-kind.

13. Walter Sobchak from The Big Lebowski

There has been sort of religious following which has developed for fans of “The Big Lebowski” over the years. The film has continued to live on despite not being a financial success upon release only earning a mere $17 million.

The Coen Brothers have also been known for writing and creating extremely memorable, well-rounded and eccentric supporting characters in all their films and Walter Sobchak is no exception.

It is quite shocking John Goodman has never been nominated for an Academy Award for any of his work in Coen Brothers films like “Barton Fink”, “Raising Arizona” or this film among his many other fine performances. He brings such a gruff, foul and dislikable demeanor to the character, but Walter is essential to furthering the Lebowski plot.

He is friends with “The Dude” and fellow bowling companion Donny Kerabatsos and the three men embark on an unusual escapade of a kidnapping and compensation for urinating on a rug. Sobchak really should attend some anger management classes especially when it comes to the treatment of his bowling friend. He is always being told to “Shut the fuck up, Donny.” This utterance becomes more and more hilarious every time it is uttered in the film.

12. Short Round from Indiana Jones and the Temple of Doom

Right when fleeing companions Indiana Jones and famed American female vocalist, Willie Scott, plunge from a Shanghai nightclub window into the back seat of the young man’s taxi, you know you are in for a special ride. Short Round had met Jones earlier, you find out, when he tried to pick the famous archaeologist’s pocket.

Once joined together, the three comrades have an interesting adventure together falling from a pilotless airplane in a rubber raft, venturing to an ancient palace, and racing through the catacombs below the palace in a mine cart.

Their time together also features a moment where Indy has been put under the influence of a black magic spell by the evil forces within the palace. There is a moment where Indy looks like he might harm Shortie, however, he winks to the young man to say he is all right. The two men sequentially kicking some palace ass and free all the taken village children in the process.

Short Round is an extremely memorable sidekick played by actor Jonathan Ke Quan (Ke Huy Quan) who had not done any acting before appearing in the film. He actually was just accompanying his brother to the auditions and was selected instead of his brother. Right after “Temple of Doom” he played sidekick as one of “The Goonies” in 1985.

11. Ron Weasley and Hermione Granger from the Harry Potter films 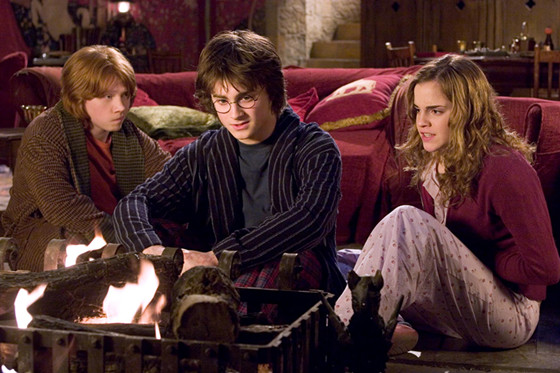 Best friends of ‘The Boy Who Lived’ take on different, but meaningful, roles in this wizard series. Ron is the slightly bumbling, but humorous foil to Hermione’s smart, calm, type-A personality. They both assist in moving the story lines along, whether by being the catalyst to Harry’s discovery of an important plot point (pipes!) or by their unwavering loyalty to one another (S.P.E.W.)

From their first meeting on the Hogwarts Express, Harry and Ron were fast friends, connecting over their love of chocolate frogs and learning spells. It took Hermione a little while to become part of the group (11 year old boys can be bullies sometimes!), but once she is, the friendship is solidified into what becomes a lifelong bond – a brief tiff during time on the run notwithstanding.

The relationship between Harry and his two sidekicks translated well from the books to the movies. Stories for all three characters found their own ends when the films and book stories finished. It seems like Emma Watson is going to have a lengthy career in Hollywood, appearing as “Belle” in Disney’s 2017 reimagining of “Beauty and the Beast”. It was also just announced Rupert Grint will appear in a television series of the Guy Ritchie film, “Snatch”. 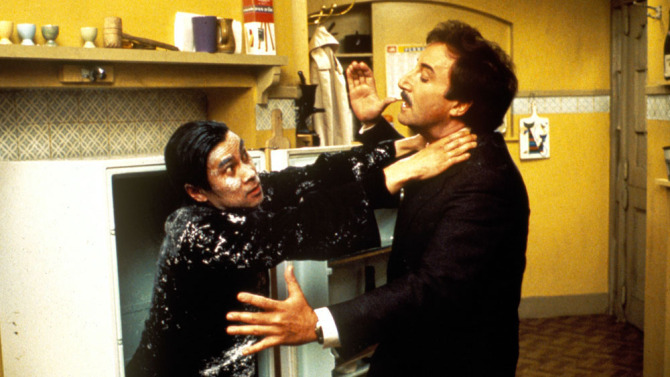 The character of Cato first appeared in the 2nd “Pink Panther” film, “A Shot in the Dark” in 1964 and was played by recently deceased actor Burt Kwouk. He serves several roles in the series alongside Inspector Clouseau. He was both manservant and accomplice and perform all his tasks willingly.

The best moments of banter between Clouseau and Cato came when Cato would surprise the inspector as he was told to do and the two would engage in a destructive and nonsensical brawl at any moment. He would respect the inspector’s wishes and even pause during a tense moment and give him some relief if there was a phone call the inspector needed to take.

In some of the later “Pink Panther” movies, Cato even participated in some of the antics alongside Clouseau by wearing unusual glasses in trying to find a killer or operating a fake brothel.

The role of Cato was the most famous of his career and he enjoyed playing the character immensely. He even got to have a cameo in Peter Seller’s final film, “The Fiendish Plot of Dr. Fu Manchu”. There is a scene where Sellers says upon seeing Kwouk “your face is familiar”. 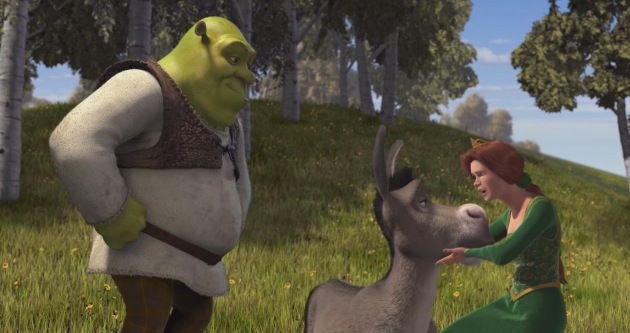 Eddie Murphy just has one of those voices that seem to lend themselves to animated characters. He had previously voiced the dragon character, Mushu, from Disney’s “Mulan” in 1998, but it wasn’t until this film would he find voiceover gold.

Dreamworks executive, Jeffrey Katzenberg, had known Murphy for a long time and basically commanded the actor receive the role of “Donkey” over any other actor. The enthusiastic charm Murphy brought to the character was unmistakable and was one of the many elements which made the character work.

Donkey is another sidekick who is just happy to b along for the ride and for the adventure of the unknown. He is just happy to be part of the action. He even ends up getting together with the dragon at the end of the 2nd film and having little donkey-dragon offspring. Murphy was the first person to receive a British Academy of Film and Television Arts (BAFTA) award nomination for Best Supporting Actor for his voiceover work in 2001. 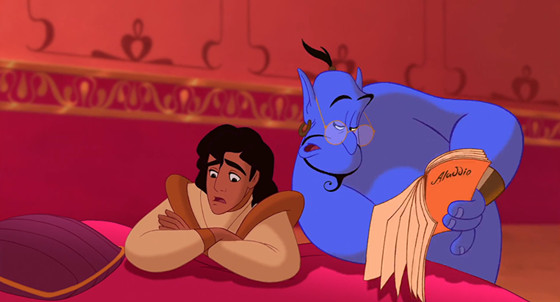 To say it saddened me when hearing of Robin Williams’ death in 2014 would be a profound understatement. The circumstances of his death were also heartbreaking and still reverberate with me even two years later.

When thinking about his legacy, it is fun to lift my spirits by revisiting his vast work including his performance as the genie in “Aladdin” which is one of my favorites. The lively spirit the genie exhibited was all Williams for sure and probably gave Disney animators so much to work with when building the character around him.

The tornado of language, spontaneous ad-libs and use of caricature were also Williams’ trademarks and worked well with the character. The genie was a perfect sidekick to Aladdin as he could be called on to assist, either in wishes, or in advice as to how to win over Jasmine’s heart or even how to get in to see her.

If you rewatch Aladdin now, some of the pop culture references are lost on children of today (Arsenio Hall, Jack Nicholson, etc.), but “Aladdin still remains my favorite Disney animated film of all time.