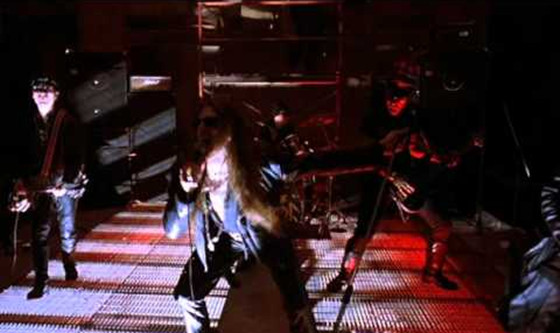 On Devil’s Night (October thirtieth) in Detroit, the police are on the scene of a horrific crime. A couple, the night before their wedding are dead; Shelly (Sofia Shinas) was beaten then raped and Eric Draven (Brandon Lee) was stabbed, shot and pushed out a high story window. The Police Sergeant Albrecht (Ernie Hudson) encounters a young girl, Sarah, who was a friend of the murdered couple.

One year later, a crow lands on Eric’s tombstone, which awakens him and he crawls out of the grave. Meanwhile, the gang who were responsible for the couple’s death are working for a powerful drug lord, Top-Dollar (Michael Wincott), who plan more chaos for the city. Eric returns to his former home and through flashbacks, he is able to piece together the tragedy, then tracks down those responsible and extract his justified revenge.

Based on James O’Barr’s graphic comic book series of the same name, Alex Proyas directs the neo-noir fantasy feature from a screenplay written by David J. Schow and John Shirley.

Although Brandon Lee was accidentally killed in 1993 during the making of the film, the production carried on and it was released a year later, becoming a sleeper hit with a cult following. Initially, the industrial band Ministry was asked to be in the film, but instead passed it on to another fellow Chicago group named My Life With The Thrill Kill Kult.

During a club scene that gets disrupted by mayhem, they perform “After the Flesh”, an updated variation of one their earlier songs known as “Nervous Xians” from 1988. 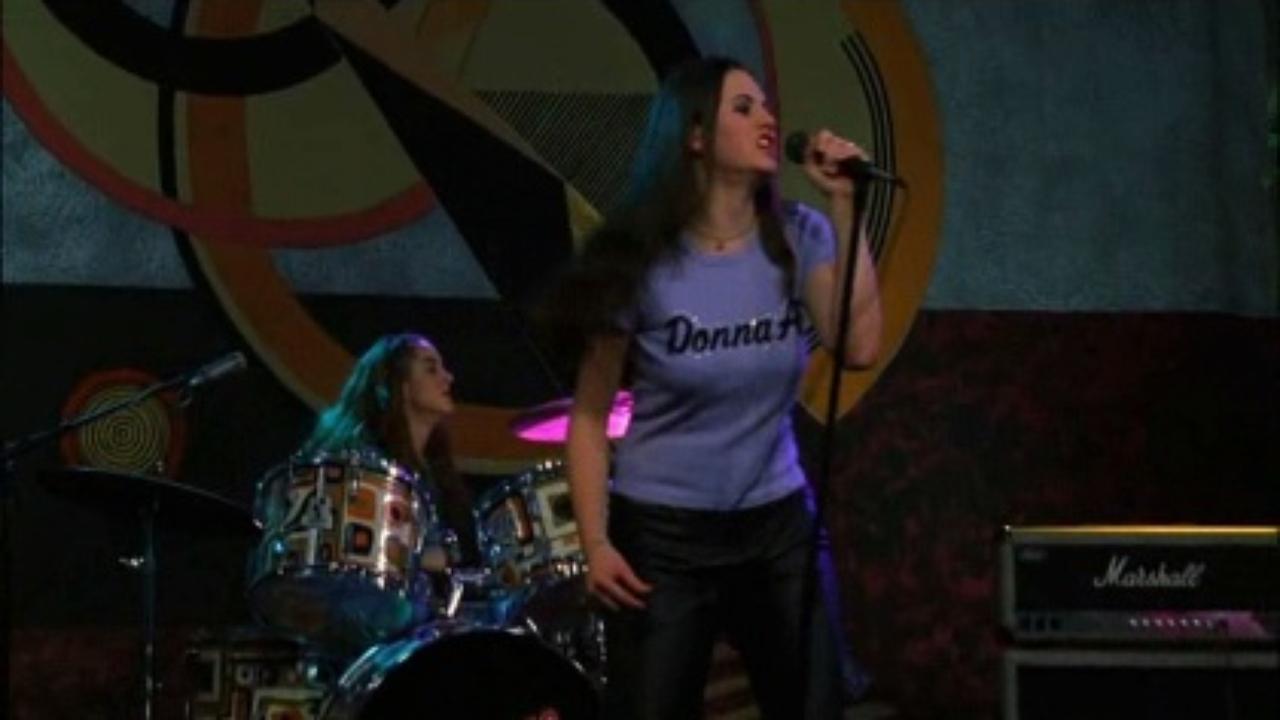 Courtney (Rose McGowan), Marcie (Julie Benz) and Julie (Rebecca Gayheart) are three of the most beautiful girls at Reagan High. For a birthday prank, they abduct another member of their popular clique, Elizabeth (Charlotte Ayanna), shove a jawbreaker ball in her mouth, duct tape it shut and shove her in the trunk.

Upon arriving at a diner for breakfast, they realize that she choked to death. Uncertain of what to do, but worried about the consequences, they drive to school and Courtney devises a plan. After the day is over, they bring the body back to Elizabeth’s house and make the scene look as though she was killed by a rapist. However, Fern (Judy Greer), an unpopular and mousey girl, is bringing home her classmate’s school work and witnesses their wrong-doing.

The scheming and manipulative Courtney, decides to keep Fern’s silent by initiating her into their elite group, gives her a make-over and renames her Vylette. This causes Julie to splinter from the pack, while Vylette becomes drunk on her new-found popularity.

Written and directed by Darren Stein, “Jawbreaker” received comparisons to 1988’s “Heathers” and 1976’s “Carrie”, while ranking as one of the worse films of 1999. The additional cast consists of Carol Kane, Pam Grier, with cameos from William Katt, P.J. Soles and Marilyn Manson.

At the prom, near the film’s climax, the all-girl group the Donnas performs “Rock and Roll Machine”. Rose McGowan shines as the cunning Courtney and was nominated for the MTV Movie Award for Best Villain. 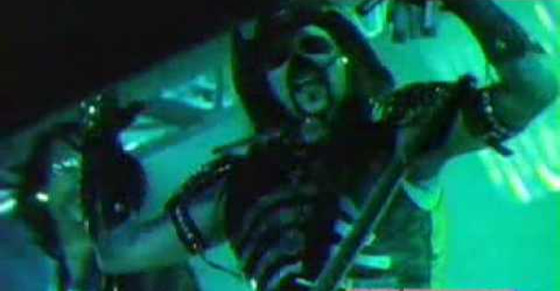 During the late twenty-first century, severe climate change has flooded many of the coastal cities and wiped out much of humanity. In New Jersey, a company called Cybertronics has designed a new class of robots, called Mecha, which are advanced humanoids that carry independent thoughts and emotions.

David (Haley Joel Osment) resembles human child is adopted by a couple, a replacement for their child, Martin, that is in suspended animation until a cure is found for his rare disease. When things become problematic, the wife is told to return David back to the company where he we be dismantled, but she sadly abandons him in a forest with his robotic bear named Teddy.

They are captured and brought to “Flesh Fair”, where crowds rally against and destroy the Mecha robots. Through the help of another Mecha named Gigolo Joe (Jude Law), they escape and seek out the Blue Fairy (from the Pinocchio story), who David believes will turn him into human boy.

Based on Brian Aldiss’ short story “Super-Toys Last All Summer Long” from 1969, the screenplay was in development with a team of writers hired by Stanley Kubrick, who passed it off to Steven Spielberg. Until Kubrick died in 1999, “A.I.” laid dormant, then Ian Watson wrote the story and Spielberg did the screenplay and directed the 2001 science fiction film.

Voices for some of the Mechas were provided by Chris Rock, Robin Williams, Meryl Streep, Ben Kingsley and many others. During “Flesh Fair” scene where the robots are destroyed in a carnival atmosphere, the band Ministry performs “What About Us”, which was written for the film. The full length video, which was also directed by Spielberg, wasn’t on the soundtrack (nor the two-disc DVD release) and the song is only available on Ministry’s “Greatest Fits” collection.

When a restraining order has been imposed on upon two pot dealers, Jay (Jason Mewes) and Silent Bob (Kevin Smith), who hang out in front of the Quick Stop, they go to their friend Brodie (Jason Lee) who owns a comic shop. They find out that their likeness for a comic book, “Bluntman and Chronic”, of which they were the inspiration for is being made into major motion picture, without their consent or a percentage of the royalties.

Upon hearing the negative reviews from the internet and criticism of their characters, they embark on a road trip from New Jersey to Hollywood, to sabotage the film’s production. Along the way they encounter a Justice (Shannon Elizabeth) with three female jewel thieves posing as animal rights activists, an orangutan and are trailed by the police, a federal wildlife marshal and the media.

Written and directed by Kevin Smith, “Jay and Silent Bob Strike Back” was meant to be his last film featuring his reoccurring characters going back his “Clerks” days. The cast is full of several of his regulars like Brian O’Halloran, Jeff Anderson, Ben Affleck, Jennifer Schwallbach-Smith, with cameos from George Carlin, Carrie Fisher, Mark Hamill, Tracy Morgan, Shannen Doherty, Wes Craven and a more.

Originally, Smith wanted to use a song by Prince, but instead got the rights for “Jungle Love” by Morris Day and the Time. The group perform the song (made popular by the film “Purple Rain”) at the end during the first half of the credits. Early on, Jay defends the Time to two young pot customers, but is quickly dissed by Randle outside of the convenience store. 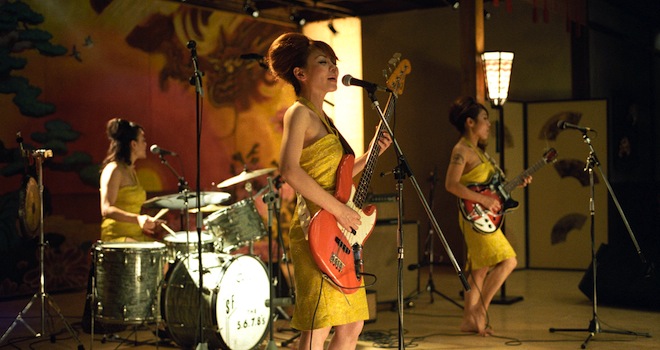 In El Paso, Texas, the Bride (Uma Thurman) is wounded and pregnant in a chapel, having been brutally attacked and a man named Bill (David Carradine) shoots her. Four years later, she awakes from a coma in a hospital, her baby is gone and she been sexually assaulted by an orderly named Buck (Michael Bowen) and the scummy men who pay him to have their way with her while unconscious. Upon killing another predator and Buck, the Bride escapes, regains her strength and steals a truck.

Eventually, she travels to Okinawa, Japan to obtain a sword from Hattori Hanzo (Sonny Chiba), who once was sworn to never to customize weapons again. However, given the nature of Bill and his Deadly Viper Assassination Squad, Hanzo agrees to make her a new sword. One month later, the Bride has a list of those responsible for the murder of her fiancée, their friends and chapel employees, with the intention of claiming revenge on all of them.

Directed by Quentin Tarantino from a story/script written by him and Uma Thurman, “Kill Bill, Vol. 1” is the first of a two-part tale about revenge. It stars an ensemble cast with Vivica A. Fox, Lucy Liu, Daryl Hannah, Michael Madsen and Julia Dreyfus, all of which belong the team of assassins, led by Bill. Shot out of sequence, the Bride has a knife fight with Vernita (Fox), then kills her in front of her young daughter.

Next, even though crossed off the list first, is O-Ren (Liu), but before they have their sword fight, the Bride must do battle with her two bodyguards and a massive army known as the Crazy 88. At the restaurant in Japan, an all women band, the 5, 6, 7, 8s, performs three songs (“I Walk Like Jayne Mansfield”, “I’m Blue” and “Woo Hoo”), which builds up the suspenseful chaos before the massive final fight sequence. 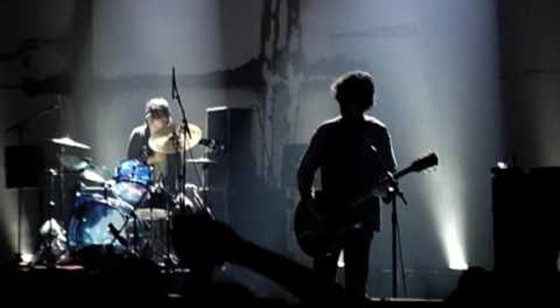 In London, England, an intense love affair between Lisa (Margo Stilley), an American exchange student, and Matt (Kieran O’Brien), a British climatologist, over the span of one year. The one common interest between them is a deep passion for music and they frequent many rock concert together. Their story is told in reflection by Matt while working in Antarctica, after Lisa has returned to America.

Among the bands that see perform are the Von Bondies, Elbow, Primal Scream, the Dandy Warhols, Super Furry Animals, Franz Ferdinand and Michael Nyman. Black Rebel Motorcycle Club is featured twice, serving as the bookends for the beginning and end of the couple’s relationship. B.R.M.C performs “Whatever Happened to My Rock and Roll” and “Love Burns”, both of which are from their 2001 debut album. 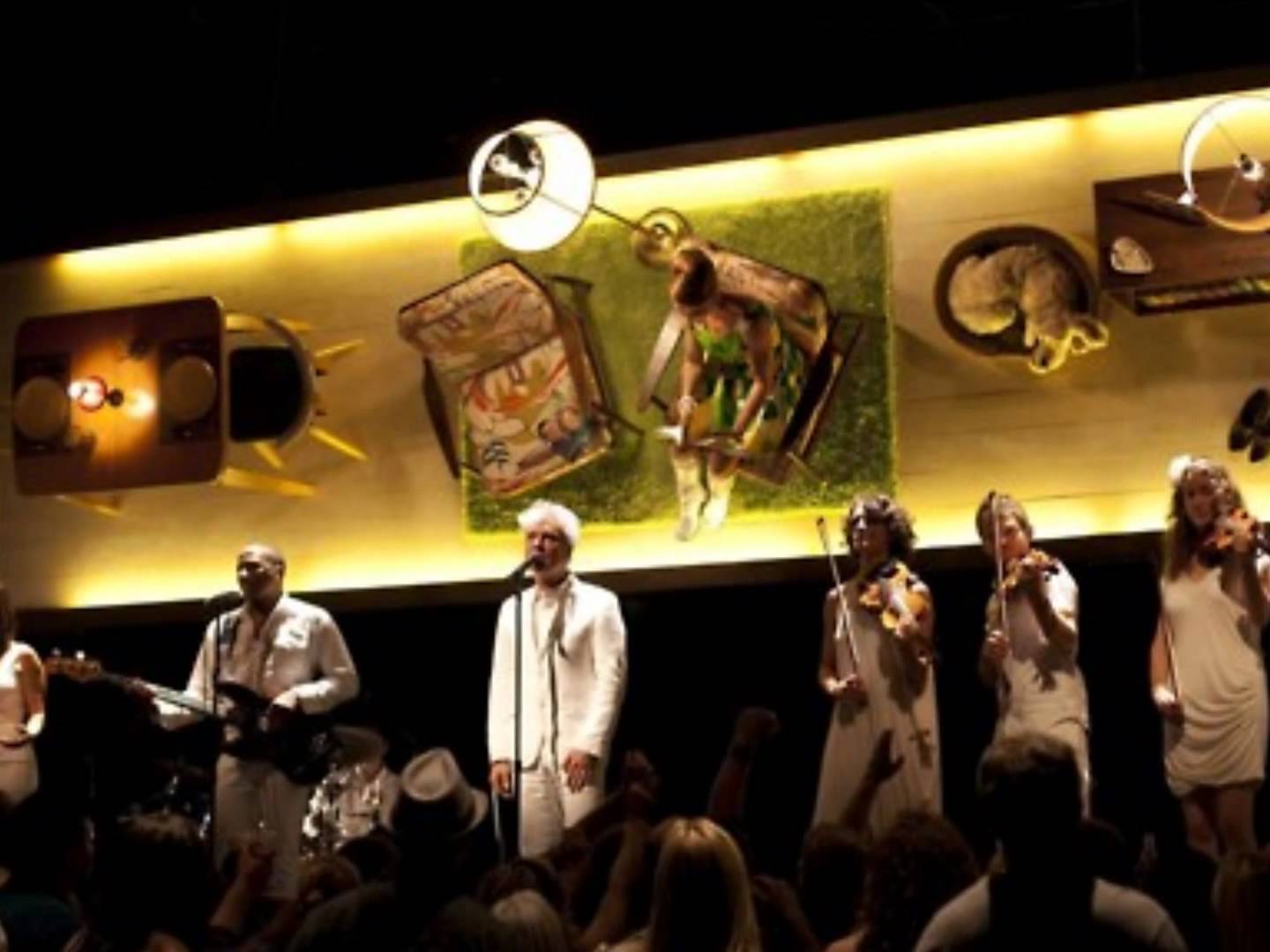 In Dublin, Ireland, Cheyenne (Sean Penn) is a wealthy, retired musician who is bored, jaded and childlike. He heads to New York to reconcile with his ailing father who shortly dies upon his arrival. At the age of fifteen, his father rejected him for wearing gothic make-up and teased out black hair, so they haven’t communicated for thirty years.

Upon reading a diary, Cheyenne learns about his father’s time in Auschwitz and how a former SS officer, Alois Lange (Heinz Lieven) tormented his. He visits a Nazi hunter named Mordecal Midler (Judd Hirsch) who informs him that Lange is still alive and residing in Utah. Cheyenne then embarks on a cross country journey, passing through Michigan and New Mexico, to confront and potentially kill him.

Directed by Paolo Sorrentino in his first English speaking feature, “This Must Be the Place” is a comedy-drama about growing up, forgiveness and finding closure. Cheyenne’s look was inspired by the Cure’s Robert Smith and Sorrentino was a huge fan of them along with Siouxsie and the Banshees. The cast consists of Frances McDormand, Olwen Fouere, Eve Hewson, Harry Dean Stanton and more.

David Byrne (whom also did the original score) makes appearance and performs the Talking Heads’ song “This Must Be the Place”. He also shares a scene with the Cheyenne, where he plays a massive organ-like instrument that was part of an art installation in New York City.