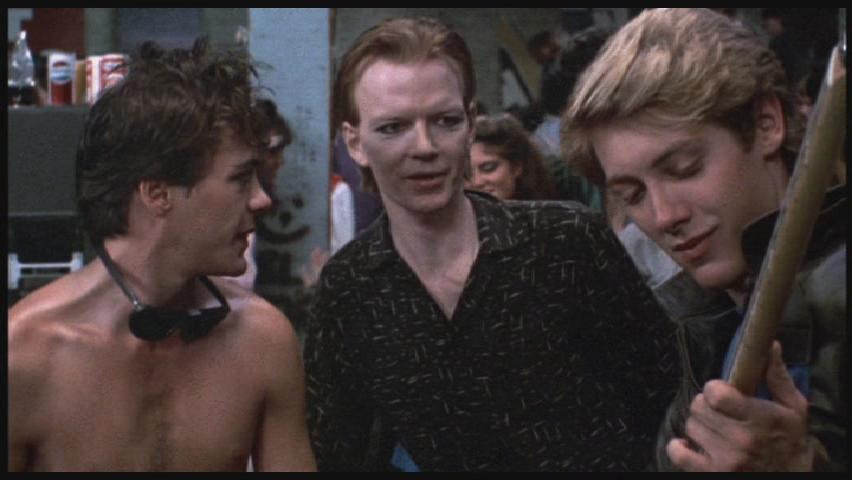 Relocating from Connecticut to Los Angeles, Morgan (James Spader) is a problematic teenager whose family is at their wits end with how to cope with him. At a tough high school, Morgan struggles to make friends and his troubles escalate from a late night tangle with a gang lead by Nick (Paul Mones) after he thwarts their attempts at mugging a businessman. The next day, he makes friends with Jimmy (Robert Downey Jr.) who informs that Nick and his cronies are still holding a grudge.

After school, they trash his bike with their car and this later creates a conflict with his neurotic mother. Jimmy invites Morgan to see his band perform at a warehouse, where he attempts to dance with Frankie (Kim Richards) who is Nick’s girlfriend. The gang beats him up, steal his Porsche, but are caught and wind up in jail. While Nick is locked up, a love affair between Morgan and Frankie begins, but the gang waits for their leader to be sprung with the intention getting revenge.

Directed by Fritz Kiersh (“Children of the Corn”) is an eighties version of “Rebel Without a Cause”, with James Spader in his first leading role. During the warehouse scene, Robert Downey Jr’s character, Jimmy, is the drummer for the Jim Carroll Band and perform two songs (“It’s Too Late” and “Voices”).

During the band’s break, Carroll (author of “Basketball Diaries”) has a bit of dialogue with Morgan and Jimmy, joking about the differences between Connecticut and LA. Also on soundtrack is his one-hit-wonder “People Who Died”, along with tracks by Southside Johnny, Marianne Faithfull, Lene Lovich and more. However, there is an unnecessary performance by a yuppie rock-blues band,

Jack Mack and the Heart-Attack that gets way too much screen time, seen and heard over the ending credits. Which may have had a hand in why this film didn’t get the attention that it otherwise deserved. 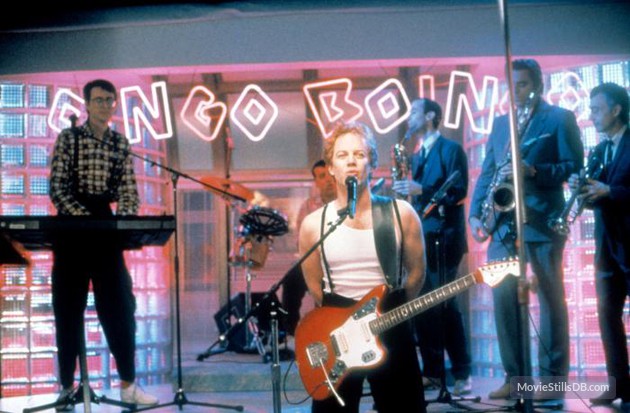 Son of an Italian immigrant, Thornton Meloni/Melon (Rodney Dangerfield), is a high school drop-out, but grows up to be a successful businessman with a corporate chain of clothing stores called “Tall and Fat”.

Upon agreeing to a divorce his second wife, he along with his friend/chauffeur/bodyguard, Lou (Burt Young) decide to pay a surprise visit to his son, Jason (Keith Gordon), at college. He confesses to his father that he wants to drop out and lied about being on the diving team, when he’s only a towel boy. Thornton convinces him stay and will enroll as well. Through making a hefty financial donation to the university’s Dean Martin (Ned Beatty), Thornton is admitted as a student.

Directed by Alan Metter based on a story by Rodney Dangerfield (with two other writers), “Back to School” was the second highest grossing comedy of 1986. Stand out performances by Sam Kinison, Sally Kellerman, Robert Downey Jr and others make it enjoyable, despite an improbable storyline. During a party scene in the Melon dorm, Danny Elfman (who also did the original film score) and his group Oingo Boingo perform their hit song “Dead Man’s Party”.

During their performance, Derek (Downey) monkeys around with the soundboard and causes unnerving feedback. However, simultaneously at a boring frat house party with a stone-age theme and cheetah-print attire, the attendees are listening to a hard-rock era Michael Bolton. One doesn’t have to be a music scholar to understand where the better time is to be had.

Honorable Mention: Danny Elfman and the Mystic Knights of the Oingo Boingo provided the soundtrack and make an appearance in the cult classic “Forbidden Zone”. 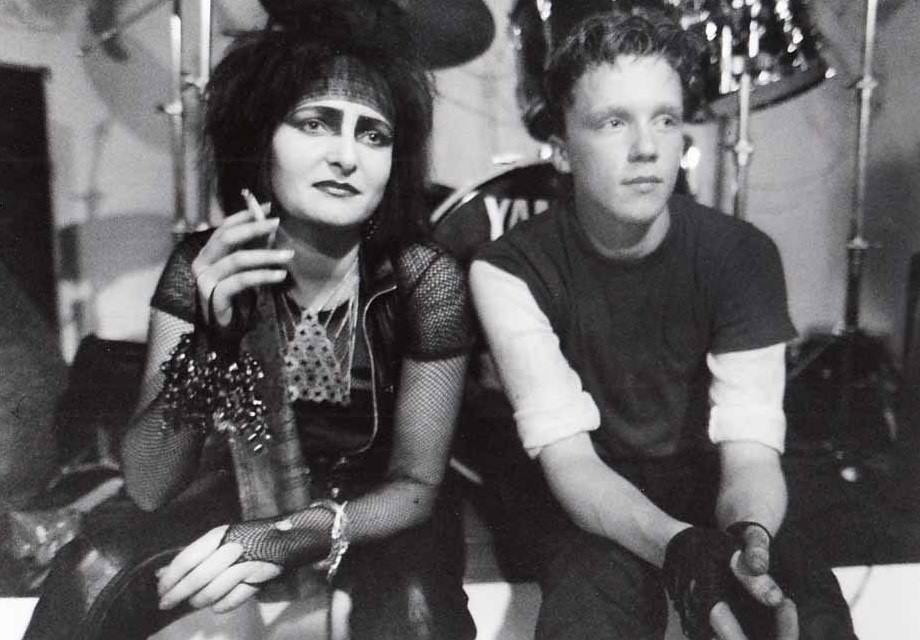 Iowa farm boy, Daryl Cage (Anthony Michael Hall) gets sent out to Los Angeles by his parents to live with his brother, hoping that he will have a better life. Upon arriving, a baggage mix-up at the airport, the naïve kid winds up with a cache of heroin.

The next day, Daryl’s brother and his wife are killed by the drug dealer, Roy (Jeff Kober), who wants his product back. However, the police suspect Cage of being a murderer and want him to turn himself in. While being pursued by both the cops and dealers, he teams up with a would-be actress, Darlene aka “Dizz” (Jenny Wright), and they together attempt to clear his name.

Directed by Richard Tuggle (screenwriter for “Escape from Alcatraz”), the 1986 action film was a chance for Anthony Michael Hall to break out the geek roles that he was known for in John Hughes features.

During a scene at the Dirtbox, the British group, Siouxsie and the Banshees perform their hit “Cities in Dust”, but are uncredited. Unfortunately, “Out of Bounds” was a flop, but did develop a following from the generation of Brat Pack fanatics. However, the film has never been released on DVD and has since drifted into obscurity. 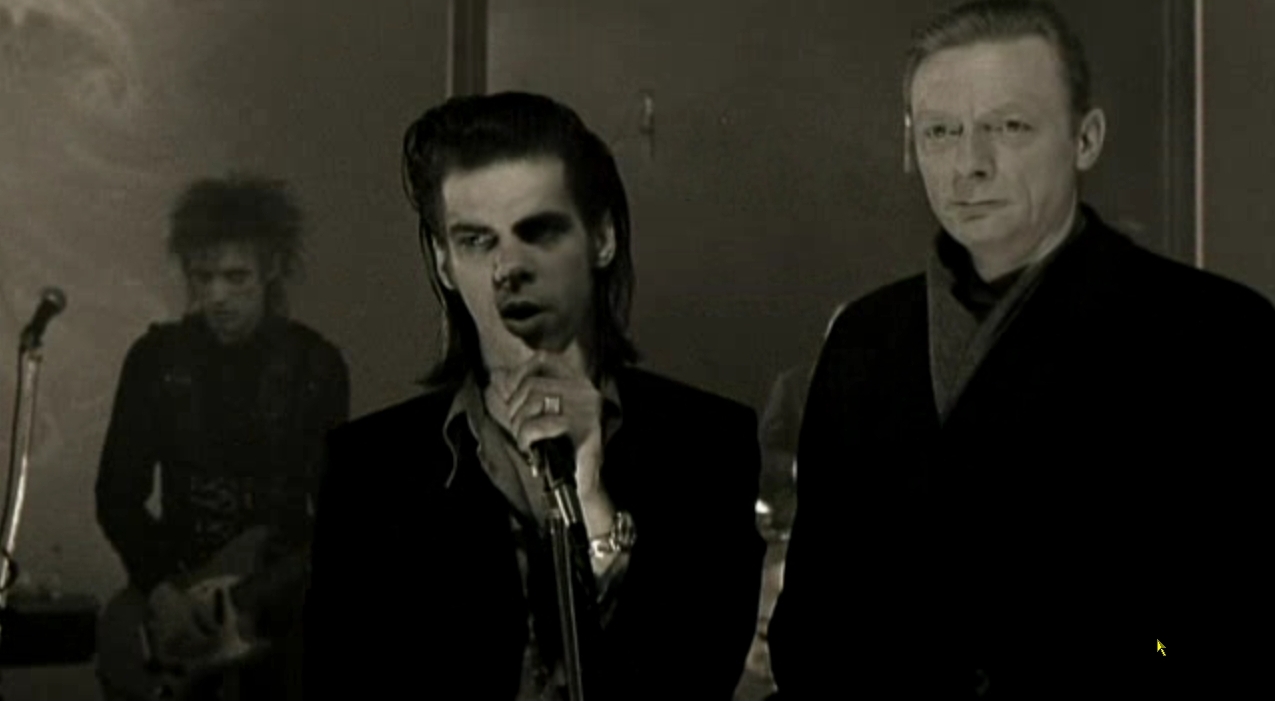 In West Berlin, two angels, Damiel (Bruno Ganz) and Cassiel (Otto Sander) roam the city, observing the living humans, who are unaware that their actions are being watched or that their thoughts are heard. As they have always been angels, both secretly longing for a life without immortality and anonymity.

Damiel begins to fall in love with Marion (Solveig Dommartin), a lonely trapeze artist whose circus season has come to an end. Cassiel is unable to prevent a man from committing suicide, which leaves him haunted and mortified. Meanwhile, the actor Peter Falk (“Columbo”), a former angel, is shooting a film that take place during World War Two, but has a keen sense that the angels are following him, even though he can no longer interact with them.

Directed by Wim Wenders, “Wings of Desire” is a poetically beautiful masterpiece shot in black and white (when the angels are present) and color (when the humans are alone). It captures the struggles of love, life and death in an era previous to reunification of Germany. When Marion dons a red dress, she watches Crime and City Solution perform “Six Bells Chime”, slowly becoming entranced.

After Damiel has surrendered his immortality, he has tracked his object of affection to see her writhing to Nick Cave and the Bad Seeds doing two songs, “The Carny” and “From Her to Eternity”. The link between both groups are that three of the members (Nick Cave, Mick Harvey and Rowland S. Howard) were in Australia’s post-punk band, the Birthday Party, who got recognition upon moving to Europe in 1980.

Honorable Mention: Wim Wenders’ sequel to “Wings of Desire”, “Faraway, So Close” from 1993, features Lou Reed performing “What’s Good”, then later interacting with a down and out Cassiel. 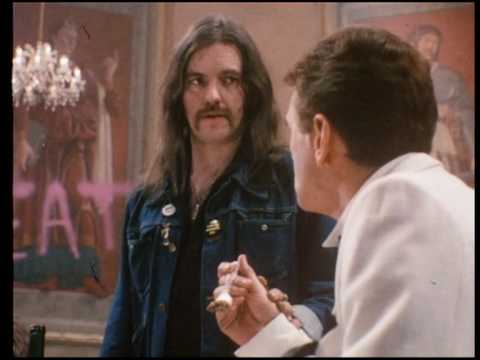 At a snobby, high-class restaurant named “Bastards”, Alex (Alex Pillay) is a disgruntled waitress who gets fired and life progressively gets worse. Upon witnessing an act of terrorism, she has an epiphany and decides wage war on the rich and powerful.

At the same time, the Home Secretary, Nosher “Nosh” Powell (played by Nosher Powell), is brash, brawling beer drinker who is running for Prime Minister. However, he has enemies like Commander Fortune (Roland Allen) who plots a revolution, along with General Karprov (Dave Beard), his henchman Spider (Lemmy Kilmister) and a team of anarchists seek many methods to destroy Nosh’s political career and personal life.

Directed by Peter Richardson (“The Comic Strip Presents”), “Eat the Rich” is a chaotic satire that blends British humor with Paul Bartel’s “Eating Raoul”. A list of cameos from the casts of “The Young Ones, and “Absolutely Fabulous” along with Robbie Coltrane, Katrin Cartlidge, Bill Wyman, Paul McCartney, Jools Holland, Shane MacGowan and many more.

Lemmy Kilmister and his band Motorhead (with Phil “Philithy Animal” Taylor on drums and Michael “Wurzel” Burston on guitar) provide much of the music for the soundtrack. The full band makes a brief appearance and performs “Dr. Rock” at a stuffy political dance party. 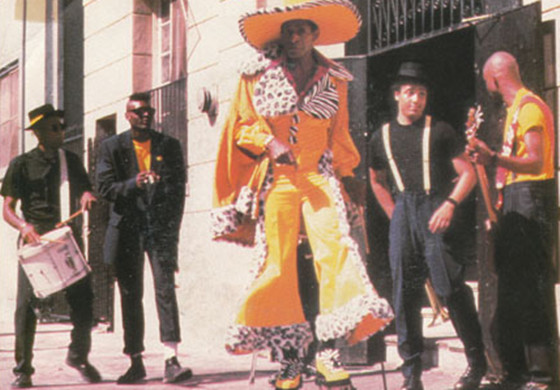 In the ghetto, a street thug named June-Bug dies as a result of O.G. (overdosing on wearing gold chains). Relieved from duty, a former soldier, Jack Spade (Keenan Ivory Wayans) comes home to his mother and old flame, hoping to avenge the death of his brother.

Declaring war on the powerful crime lord, Mr. Big (John Vernon), but inexperienced with combat of any caliber, Jack seeks the assistance of his childhood hero, John Slade (Bernie Casey). Together they draft a small army of other tough guys to take down Mr. Big and his massive gang of thugs.

Written and directed by Keenan Ivory Wayans (creator of “In Living Color”), “I’m Gonna Git You Sucka” is a hysteric parody and homage to the Blaxploitation films of the 1970s. A cast consisting of Isaac Hayes (“Truck Turner”), Jim Brown (“Slaughter”), Ja’net DuBois (“Good Times”) along with cameos from Chris Rock, Clarence Williams III, Annie-Marie Johnson, several of Wayans Family members and more.

A lesson learned is that every good hero has a theme song, which means the band will follow them while performing. Once the former “Pimp of the Year” Fly-Guy (Antonio Fargas from “Foxy Brown”), gets released from prison, he finds his band, Fishbone, waiting for him. However, they are unable to perform “He’s a Fly Guy” (a track with Curtis Mayfield) because they are laughing at his outdated and over-the-top pimp clothes. 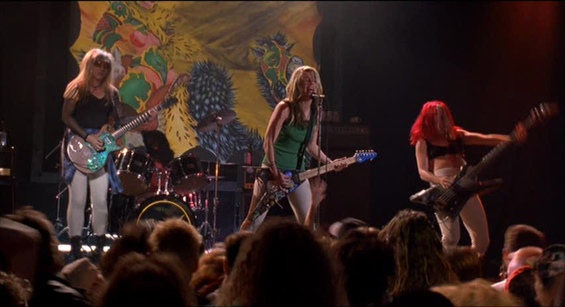 In typically suburban Baltimore home, Beverly Sutphin (Kathleen Turner) lives with her husband, Eugene (Sam Waterson) and their two teenage children, Misty (Ricki Lake) and Chip (Matthew Lillard). However, unbeknownst to her family and much of the community, Beverly possesses homicidal tendencies and irrational behavior towards those who commit social faux pas. Police are question the family about the obscene harassment of a neighbor.

Eventually, Beverly begins to brutally murder various people, from Chip’s math teacher, Misty’s boyfriend who jilted her, an obnoxious elderly couple and others within close connection to the Sutphins. The family, the police and the whole town begin to suspect the housewife of the crimes.

Written and directed by John Waters, “Serial Mom” is a satirical attack on the June Cleaver persona who finally snaps and begins killing those who annoy her. Next to “Hairspray”, it is Waters’ most adored and commercially accepted feature.

The cast includes some of his regulars like Mink Stole, Traci Lords, Patty Hearst and others. He also co-wrote the song “Gas Chamber” with the all women punk band L7. They make appearance, under the name of the Camel Lips, while performing the song during a concert scene where Mrs. Sutphin is arrested and later brought to trial.