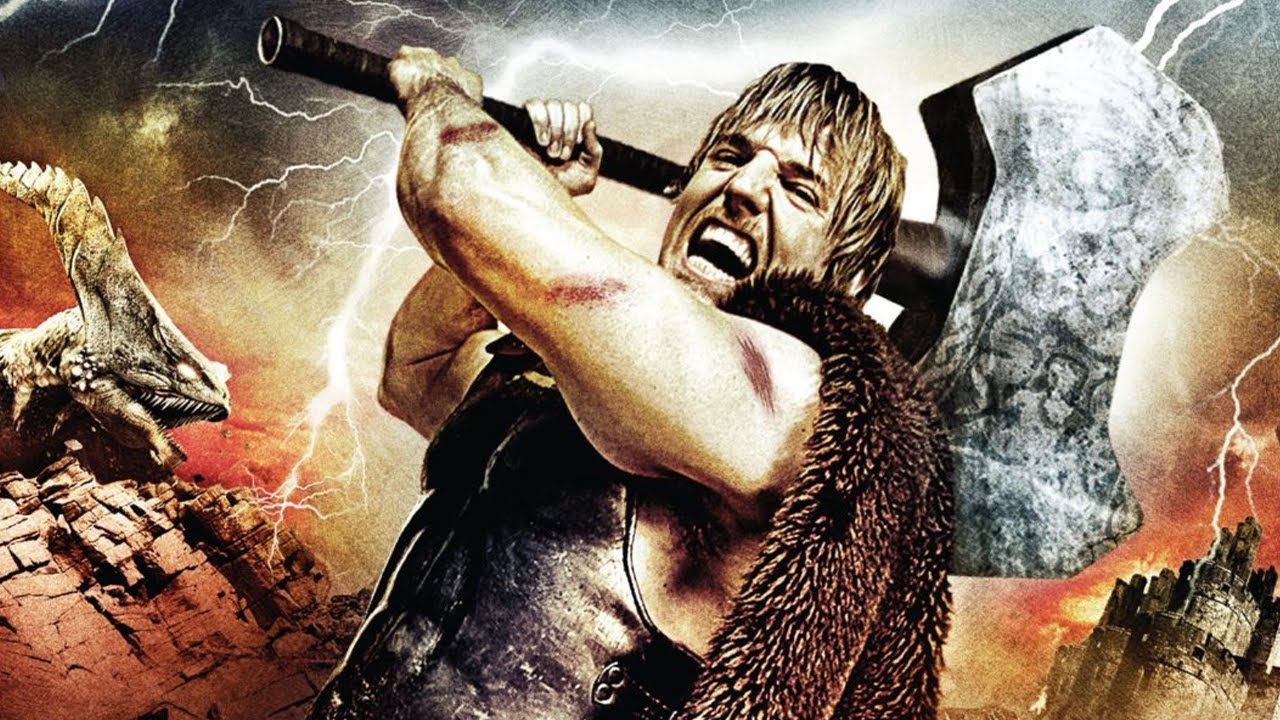 The Asylum is known for two types of movies. First, they’re responsible for much of the self-consciously bad Syfy Channel creature features, most notably the Sharknado trilogy. These films show D-list celebrities reacting to CGI-created monsters, repeating the same formula with increasingly ludicrous titles. (The recently announced next chapter of the Sharknado franchise is allegedly called Sharknado: The Fourth Awakens.)

As a production company, they’ve been behind movies ranging from Mega Shark vs. Mecha Shark to Mega Shark vs. Crocosaurus. They’ve even made some movies that don’t feature shark battles, such as 3-Headed Shark Attack.

The Asylum is not alone in the creature feature department. Many other lower-budget production companies use this model. Roger Corman and his countless imitators have been in the game for years, supplying basic cable stations and horror movie hosts with late night fodder for decades.

What makes The Asylum special is the second type of film they produce: the mockbuster, a new genre of film the company jumpstarted in 2005 with their version of War of the Worlds. Mockbusters are cheaper versions of big-budget blockbusters, often with deceptively similar titles. In order to capitalize on the popularity of their more legitimate sister films, each mockbuster is typically released just days before the real thing.

In the summer of 2011, for example, movie fans who didn’t want to wait until Friday for Marvel’s Thor could simply rent The Asylum’s Almighty Thor on Tuesday. It’s cheaper, faster, and you don’t have to drive all the way to the cinema.

If mockbusters were merely carbon copies of other films, though, they wouldn’t be particularly memorable. There’d be no reason for an article like this to even exist. Fortunately, mockbusters are wildly different than their sister films. Because The Asylum has to rush their movies into production in order to coincide with another studio’s release dates, they often have very little information to go on.

They work with a title and a basic premise, which leads to a final product that is wildly different from what one would expect. In short, mockbusters take more straightforward movies and add dinosaurs, Mayan curses, fairy tale characters, and basically anything else that might spice up their DVD cover art.

By looking at some of the stranger offerings from The Asylum’s vault, it’s easy to see how less money, less time, and less people can lead to truly unique, truly bizarre filmmaking. Watching a mockbuster is often like looking into an alternate dimension Hollywood, where people don’t quite know what they’re doing, but are still passionate about the work nonetheless. Here are the ten strangest films in The Asylum’s history, and how they stack up against their sister films. 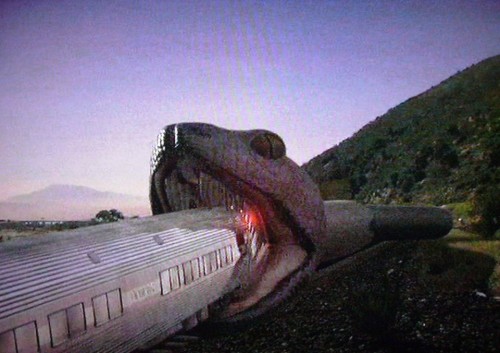 2006’s Snakes on a Plane caught fire on the internet because of its premise. Everything was in the title. People knew that there were snakes, the snakes were on a plane, and Samuel L. Jackson was there to yell at and/or kill them. It was a minor phenomenon because it seemed to represent cinema at its purest (and dumbest).

Snakes on a Train was released on DVD three days before Sam Jackson swore his way into theaters. Rather than embrace the simplicity that made the other film such a pop culture lightning rod, Snakes on a Train perversely made things much more complicated. Most of the characters weren’t even aware that snakes were attacking until over an hour into the hour-and-a-half movie.

Much of the rest of the run time was spent explaining how a Mayan curse made a girl start vomiting pieces of her soul (personified as snakes). The main character spends long stretcches of the film in convulsions, throwing up the titular snakes. Her boyfriend collects them in jars, but some Mexican criminals allow the snakes to escape. There’s also a completely unrelated subplot involving a lesbian couple smuggling cocaine from Texas to California.

Clearly, the filmmakers saw an entire nation reacting to a big, dumb action movie with a simple, catchy title, and decided to go in the completely opposite direction. More plot, more mysticism, more vomit. By the time the cursed girl inexplicably transforms into a giant snake herself, the film (and the train) has completely derailed. Unlike Snakes on a Plane, this movie barely delivers on its title, but it’s completely unlike anything else on the screen. 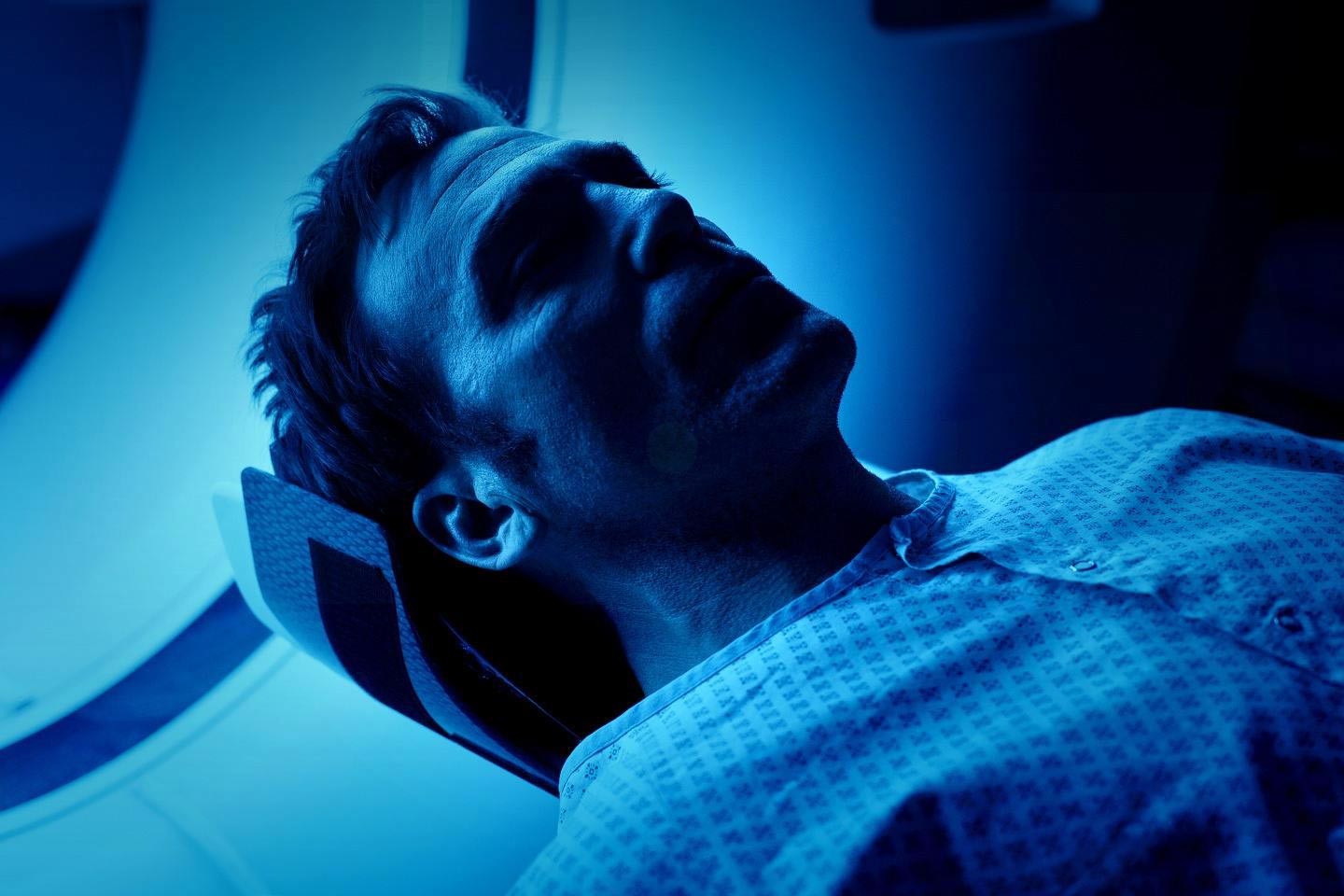 On November 11, 2011, Saw IV director Darren Lynn Bousman released a horror film called 11-11-11. About angels and prophecies and a doorway to heaven, it was a lower rent version of Roman Polanski’s The Ninth Gate, and the world forgot about it as early as November twelfth. The Asylum, not realizing that the film would be a quickly forgotten footnote in cinema, changed the punctuation and released 11/11/11 on November first.

The mockbuster version is less Ninth Gate and more Rosemary’s Baby. It follows a couple whose son may be the Antichrist (he is) and his next birthday may bring about the apocalypse (it does). Just because the title is a direct response to one movie doesn’t mean that the plot can’t be a direct response to a completely different movie.

What all this adds up to is a horror film that feels like twelve different movies mashed together. The situation is familiar, the main couple is bland, and there aren’t enough crazy moments to justify its existence. Asylum films tend to take recognizable premises and go off in weird directions, but this film simply refused to choose any direction at all. 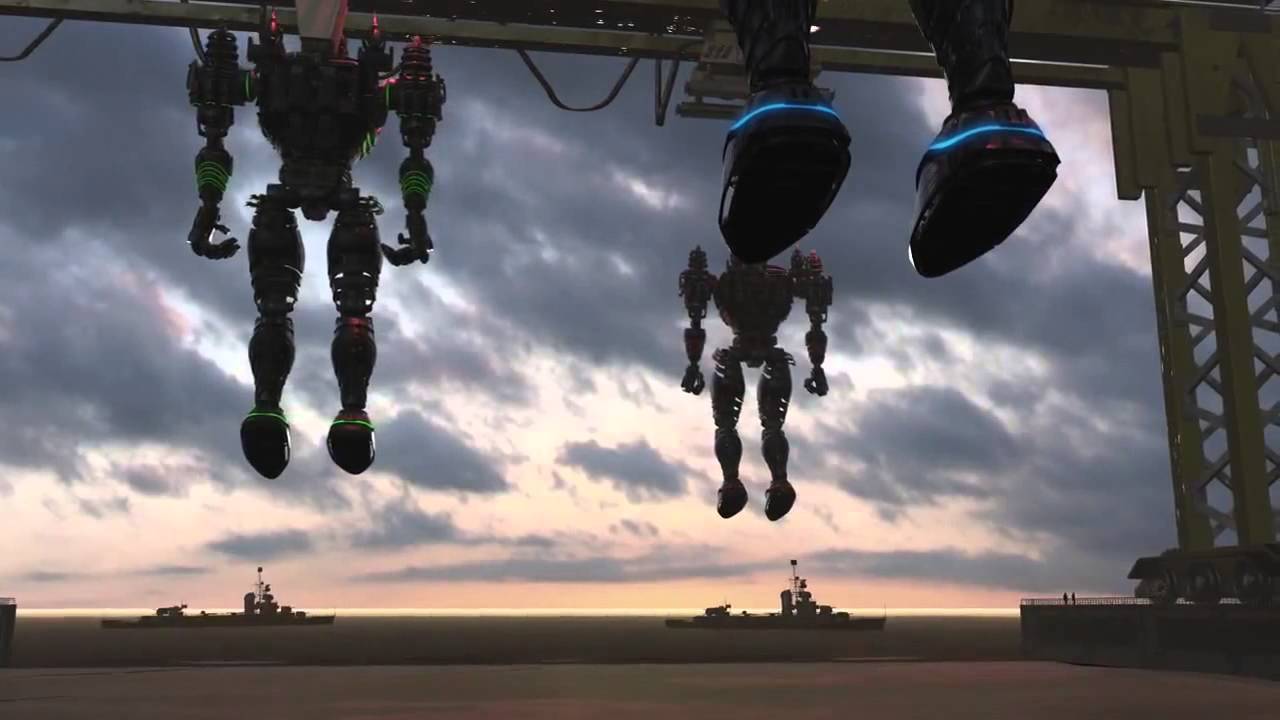 Not surprisingly, Atlantic Rim is a mockbuster version of Guillermo del Toro’s Pacific Rim. Both feature giant monsters rising up from the sea and fighting human-controlled robots. Both star an eclectic group of heroes (this one has a Baywatch star, a rapper, and one of the Native Americans from Dances with Wolves) tasked with saving the world. Both show a lot of CGI destruction strewn throughout extended fights.

The main difference comes in the pacing. Pacific Rim was a lot of action with very little downtime, and its East Coast equivalent is the opposite. People are constantly debating what they should do, explaining things to each other, arguing about the same issues, and then explaining things again. Talking scenes are obviously cheaper than showing a robot shoot lasers into the open mouth of a sea monster, so the film offers a lot more of the former than the latter.

Much of the film was shot at the same airport, which makes the film feel small and boxed in. The special effects, however, were well done, especially compared to the giant snake work from Snakes on a Train. If the story doesn’t quite make sense—despite all the explanations and re-explanations—at least the action delivers.

The only mockbuster on the list to be released significantly later than its inspiration, Titanic II came out in 2010, thirteen years after Titanic broke every record in Hollywood. It did, however, come out when Titanic had reentered the national conversation. James Cameron had just broken his own records with Avatar, and the hundredth anniversary of the actual sinking was less than two years away.

While Titanic was a historical romance about doomed lovers from different worlds, Titanic II was a modern day action thriller about a super tsunami. Shane van Dyke (Dick van Dyke’s grandson) is the writer/director/star of the film. He opens the story with five minutes of him surfing and closes it with all the characters mourning his tragic death. It comes across as a vanity piece through and through.

The premise is this: on the hundredth anniversary of the real Titanic, a rich guy decides to build Titanic II based on the exact designs of the original ship. Not surprisingly, things don’t turn out well. What is surprising, though, is that the boat sinks because global warming caused a super tsunami.

Much of the movie plays like a smaller scale Poseidon Adventure, with a small group of characters trying to make their way through a sinking ship. One character is killed by a falling door, which tells you all you need to know about this film. 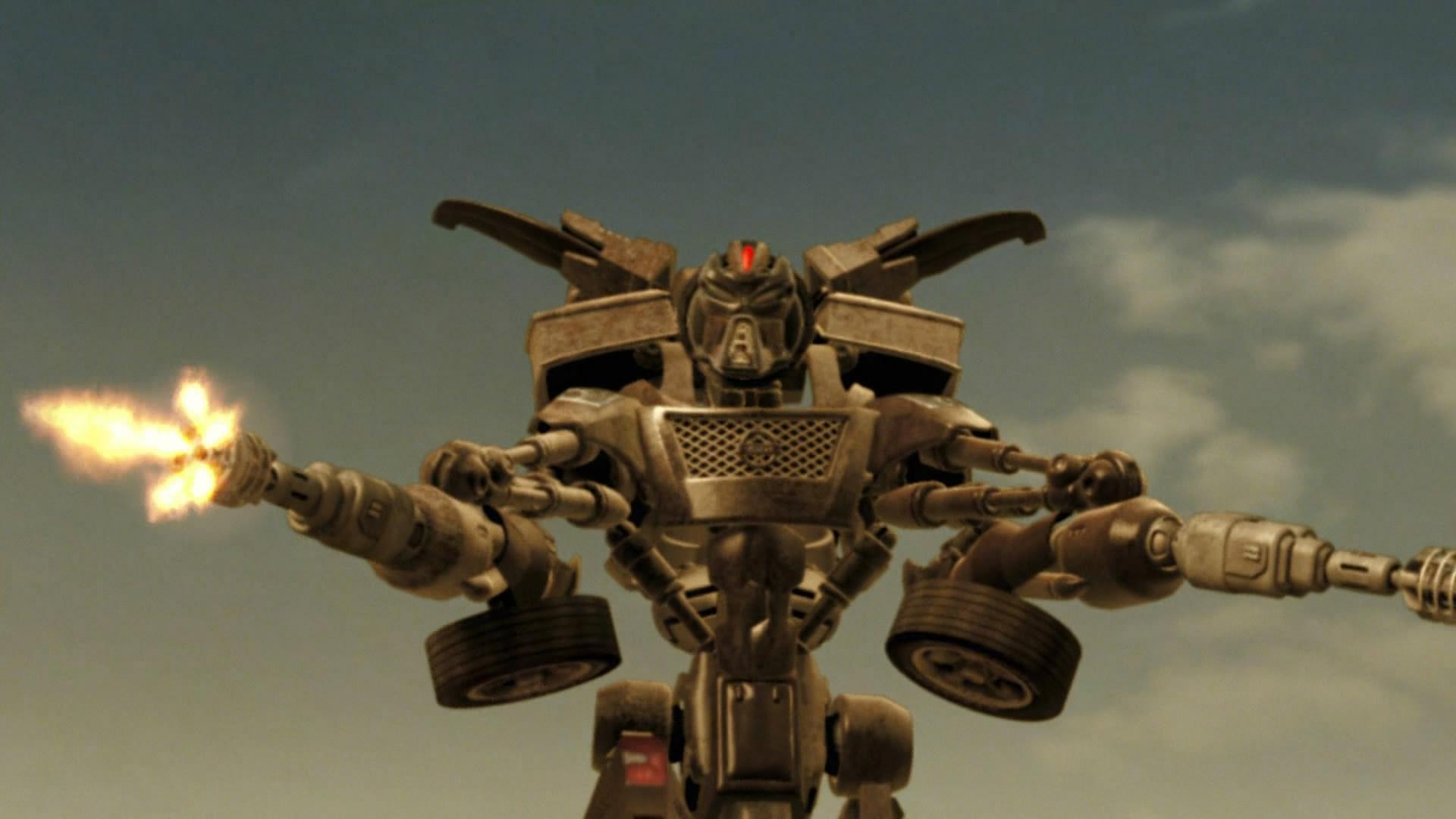 Transmorphers: Fall of Man is the second film in the epic Transmorphers saga, released days before Transformers: Revenge of the Fallen bashed into theaters. Unlike the Megan Fox-starring Michael Bay film, this is a prequel to the original Transmorphers, telling the story of how the world was taken over by alien robots. It begins with a woman who gets murdered by her cell phone, and the craziness doesn’t let up from there.

Much of the film functions as a modern update to Stephen King’s Maximum Overdrive. The Transformers films are bloated action adventures with countless explosions and robot battles. In sharp contrast, this film follows a handful of humans as they investigate a series of machine-related deaths.

Everything is much lower key, until the over-the-top death scenes happen. For example: An SUV talks to its driver through the GPS machine, kills the driver with a laser, and then dumps the body. The tone is goofy, especially for a movie that ends with the near-extinction of all humans.

The main humans in the story consist of a cop, a doctor, and a TV repairman. They stumble around looking for answers, but mostly they react to homicidal satellite dishes and cell phones. Viewers can assume that things won’t end well, because this is a prequel to a movie where nearly all humans have been annihilated by robots. Also, the movie is called The Fall of Man. Before credits roll, man has fallen.