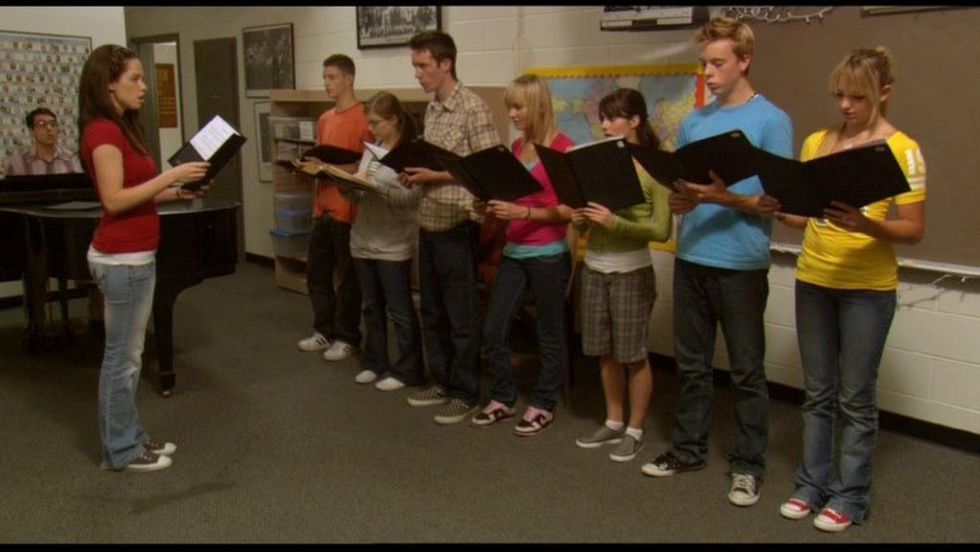 The Asylum releases Christian-themed movies through a separate imprint called Faith Films. These movies don’t have as many monster fights or lesbian subplots, but they still follow the mockbuster formula. Take Sunday School Musical, the company’s first—and only—song-and-dance extravaganza. It was released just before High School Musical 3: Senior Year hit theaters, and it makes the family friendly Disney film look like Hellraiser in comparison.

Every song is about God, the power of music, or believing in yourself. The plot is one of those let’s-put-on-a-show stories about a choir group raising money so they don’t lose their church. The teens are freshly scrubbed, dimpled, and multi-ethnic. Even the teen romance, a central focus of High School Musical, is basically nonexistent in this film.

Instead, this film has a string of positive messages presented in song form, an overarching theme of teamwork, and a main character who teaches everyone to try new things and believe in themselves. Like Jesus. 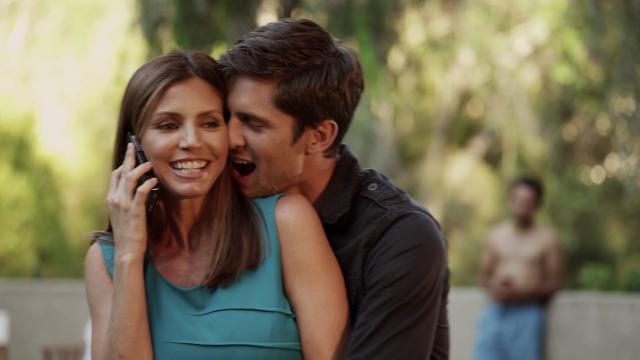 While Fifty Shades is framed as a (not quite traditional) love story, the central relationship in Bound is shown as destructive from the very beginning. Despite the numerous sex scenes, this film is more about manipulation and payback than actual bondage. 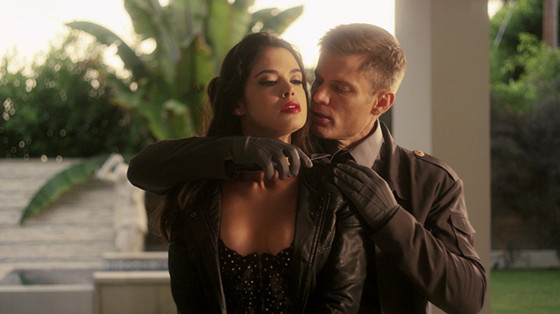 Avengers: Age of Ultron was one of the biggest films of the last few years, so The Asylum had to give it the mockbuster treatment. What resulted, however, is so far removed from the Marvel film that the two films’ biggest similarity is the title font.

Cinderella, Sleeping Beauty, Rapunzel, and Little Red Riding Hood are the main heroes, but their dimension-hopping mission has them interact with everyone from the Big Bad Wolf to… Iron John? Like a lot of Asylum films, there aren’t many background characters, leaving both dimensions feeling severely underpopulated. More time is spent on the main heroines working together and shooting arrows.

While the main characters may be played by newcomers, Avengers Grimm pulls out a few familiar faces. Lou Ferrigno and Casper Van Dien are both long-time veterans of this type of film, and the Big Bad Wolf is played by a professional MMA fighter who shows off his moves whenever the plot begins to lag. Mostly, though, this film is an example of The Asylum taking completely separate sources (Avengers and Once Upon a Time) and mashing them together into something much stranger than either. 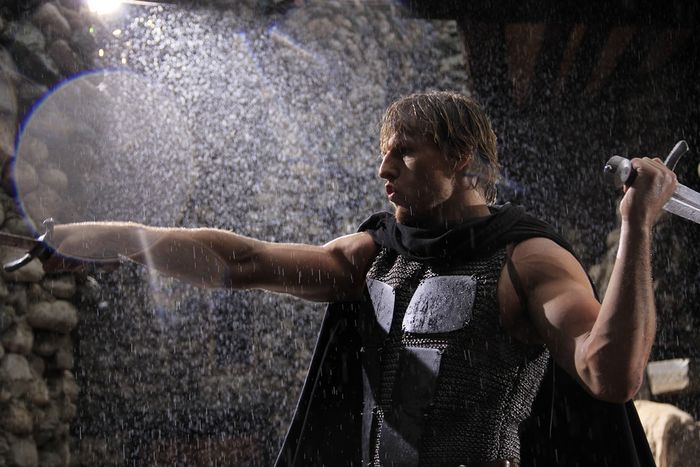 Marvel’s mega-budget superhero films have proven to be a tough nut to crack for The Asylum. Instead of creating a stable of superheroes for themselves—Colonel USA subbing in for Captain America, for example—the studio has mainly chosen to ignore the massive success of Iron Man and his partners. The two big exceptions to this are Avengers Grimm (which relies on public domain fairy tales) and Almighty Thor (a movie with zero capes and very little heroics).

Almighty Thor follows the titular Norse god in his quest to protect the Tree of Life from Loki. For most of the movie, Thor is ill-prepared to take on the trickster god of the underworld. He runs away a lot, and when they fight, Thor always loses. Without any explanation, Thor and a female companion travel from the magical land of the gods to modern day Los Angeles, and Thor struggles to learn how to use his magic hammer.

Like most of the other films in this article, Almighty Thor builds toward a climax that ditches logic in favor of wild action and strange choices. Within a five-minute stretch, Loki uses a magic bone to summon giant dogs onto the streets of downtown LA, Thor falls into Hell long enough to make a new hammer by punching lava, and the tree of life brings about a near-apocalypse.

The final fight is relatively straightforward—Thor and Loki fight each other with hammers—but all the details surrounding the fight are inexplicable and weird. Watching the last fifteen minutes of this film is a good introduction to The Asylum’s house style: cheap-looking and illogical, but almost hypnotic in its willingness to show anything. 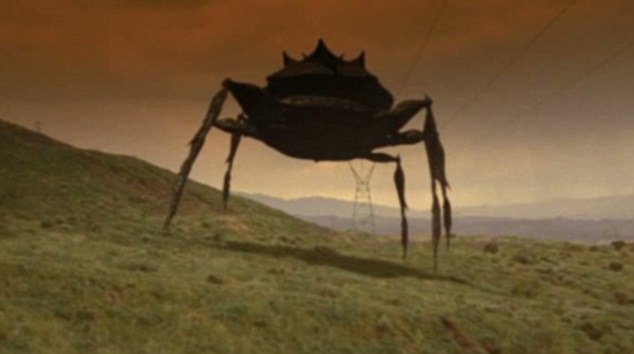 Released the day before the 2005 Steven Spielberg movie of the same name, War of the Worlds was a massive rental hit for The Asylum. Blockbuster Video reportedly stocked its shelves with over 100,000 copies, confusing its Spielberg-loving customers and jumpstarting a business plan that The Asylum has used ever since.

On its surface, this War of the Worlds uses the same plot as its bigger budget sister film. A family man—Tom Cruise in the other version and 80s star C. Thomas Howell in this one—struggles to survive during an attack by alien tripods. He tries to protect his family, but they disappear in the human-zapping chaos. He encounters both friends and enemies in his journey, before the aliens eventually die from a virus and the hero is finally reunited with his lost family.

Where this film diverges from the Hollywood version is in the character of Victor, Howell’s companion for much of the film. Victor is a pastor who believes that the alien invasion is the Rapture, and the movie spends most of its middle section focusing on Victor losing and subsequently regaining his faith. Yes, despite all the onscreen deaths—complete with lasers and poison gas and gunshots—this is a Christian film with an inspirational message.

The Asylum wasn’t afraid of alienating its secular audience by long speeches about salvation, or of alienating its Christian audience with the PG13 bloodshed. In the end, the film is neither fish nor fowl, but it proved popular enough to get a more action-oriented sequel in 2008.