A rare and wonderful breed of stoner film the likes of which haven’t been seen since The Big Lebowski, Paul Thomas Anderson’s Inherent Vice earns the distinction of being both the least accessible and the most technically well-made title on this list. A stoner film for the art house crowd, Anderson’s adaptation lives up to its Thomas Pynchon source material – hilarious, hallucinatory, and nearly indecipherable.

One of modern cinema’s most celebrated filmmakers choosing to direct a pot-fueled noir comedy wasn’t exactly expected, and while the result of this unlikely concoction turned off many with its “highly” unconventional narrative structure (or lack thereof), multiple viewings and lots of patience reward the experience.

Joaquin Phoenix’s performance as a private investigator is genuinely entertaining, and his chemistry with Josh Brolin is one of the highlights. Describing Inherent Vice as a “stoner comedy” barely scratches the surface of this immensely layered and complex film which is as confusing and seemingly-impenetrable as it is fun to watch. 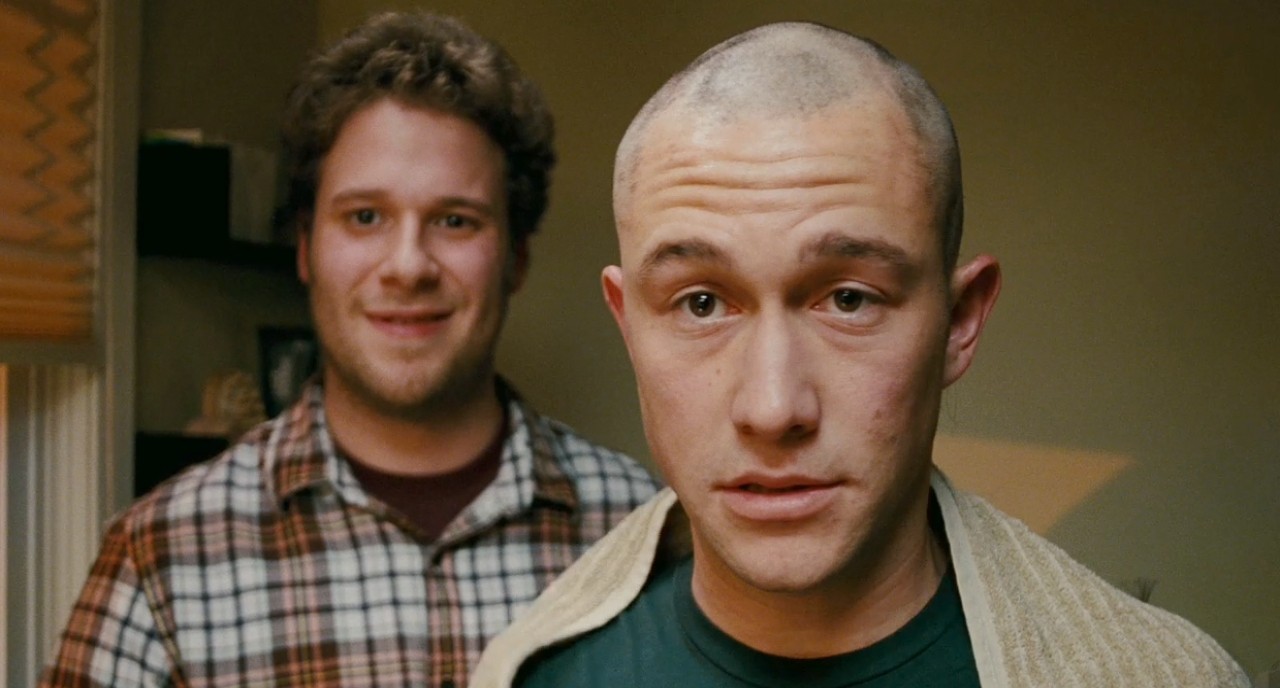 You normally wouldn’t go to see a Seth Rogen/Joseph Gordon-Levitt comedy expecting to be in tears by the end, but 50/50 (the second film by Jonathan Levine on this list) will quite likely do just that to you. It’s a very emotional and tender film about a cancer-stricken man, his best friend and the implications that a potentially-fatal disease has on one’s life.

But its just as much comedy as it is tear-jerking drama, and when Seth Rogen is involved in a dramedy about cancer, you better bet that medical marijuana will be involved. Getting high is definitely not the primary tasks on these characters’ minds, but it happens enough throughout to qualify as a stoner film.

Probably more so than any other movie on this list, 50/50 can be enjoyed by just about anyone. It’s hard not to like this film; with irresistible charm and well-written characters, it adds up to a very touching and enjoyable time. 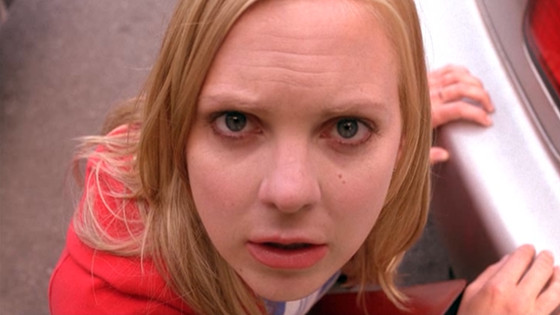 Gregg Araki’s bizarre filmography is filled with gems, but with Smiley Face he brought the humor to a whole new level. The story of Jane, a stoner chick who accidently eats an entire plate of pot cupcakes and embarks on a wild misadventure through Los Angeles, Smiley Face may be the most relatable film to weed smoking audiences ever conceived of.

For the sake of maximum hilarity and a drug-induced vibe, the escapades of Jane are over-the-top to a surreal extent. But the basic interactions, occurrences and moments the character goes through as her high intensifies are hysterically understandable to the target audience.

Overall, Smiley Face is definitely not a film that everyone will enjoy or “get”, and with a less eccentric director than Araki and a less committed star than Anna Faris, a comedy with this plot could have turned out dreadfully uninspired. Luckily however, the duo created a genre masterpiece that is far more clever and original than what may appear on the surface, and the film’s cult significance continues to increase with time. 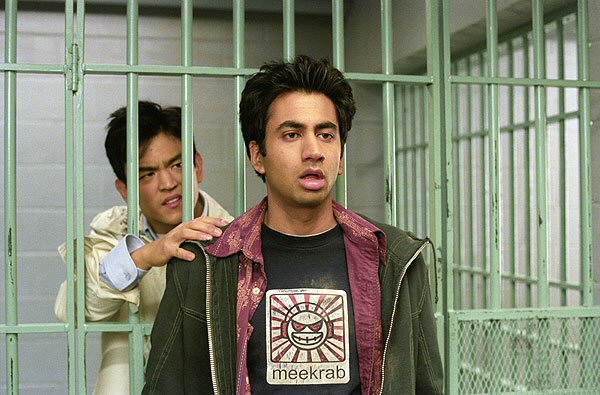 The Up in Smoke of this generation. Harold and Kumar’s munchy-driven adventure to White Castle hamburgers is that of legends in the stoner genre; this film is no less than a modern classic of this particular canon. Along with spiritual counterpart Smiley Face, the original Harold & Kumar is the definitive comedy about the experience of being high, and the wackiest of scenarios imaginable that could happen as a result.

The best aspect of the flick, and one of the primary reasons it sticks out from the crowd, has to be the perfect chemistry between costars Kal Penn and John Cho.

With a “high” chance that there was method acting involved, they bring memorable performances to a script rife with farcical scenes, mirthful moments and which also contains semi-subtle, surprisingly clever commentary on racial stereotypes. Although the two sequels failed to live up to the original’s low-budget charm, Harold & Kumar go to White Castle has firmly secured a place as a favorite of stoner cinema.

Simply the pinnacle of what of the genre has had to offer thus-far in the 21st century. As mentioned earlier, Seth Rogen’s contribution to modern stoner comedy has arguably been more defining than any brand since the days of Cheech and Chong.

With Pineapple Express, the actor/writer/director cemented his work’s legacy, and the 2008 film remains one of his finest efforts to date. Made for stoners, by stoners, this flick has become the gold standard of the Rogen filmmaking style, and a well deserved distinction this is.

James Franco’s performance as a perpetually blazed pot dealer makes for an instantly iconic character who has joined the ranks of other unforgettable pot-smokers of cinema such as Sean Penn’s Jeff Spicoli (Fast Times at Ridgemont High) and Rory Cochrane’s Slater (Dazed and Confused).

Overall, this comedy represents perfectly the pleasures potential in this genre and the reasons it can be so appealing and humorous. While the stoner film may not suit everyone’s taste, they exist for a somewhat niche audience and, as Pineapple Express proves, when done well can be just as entertaining and worthwhile as the best of mainstream comedy.

Author bio: Gavin Miller is a teen cinephile who loves stoner movies, horror and most of all David Lynch. His film blog can be found at cinefreakdude.tumblr.com.