Terry Gilliam’s Brazil takes a unique approach to humanity’s relationship with technology. Not necessarily a screed against technological progress, Brazil comments on how society often misuses it. For in Brazil, the faulty technology reflects the ethos of a sick society.

Orwellian protagonist Sam Lowry (Jonathan Pryce) works as a drone at the Ministry of Records, a decent man surrounded by oppressive stupidity. When Sam attempts to correct a bureaucratic error that resulted in the death of an innocent man, he sets off on a Quixotic adventure.

A triumph of production design with sight gags in almost every shot, Brazil assaults the senses with the sacred and profane. The Christmas time milieu supplies a heavy dose of satire. People are obsessed with their body image and go to grotesque lengths to preserve their beauty. Nothing seems to work right.

Brazil looks like a funhouse version of reality. The faulty world of Brazil shows how strange things can get and how societies should strive to use technology for humanitarian purposes. 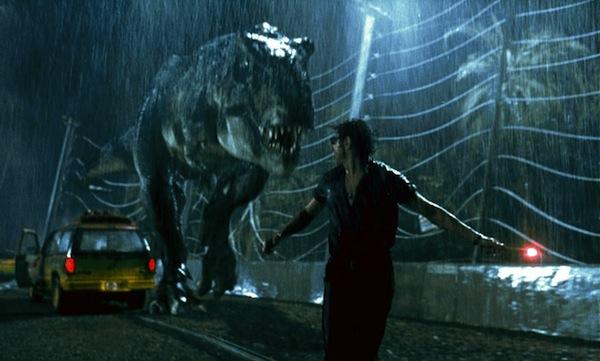 Jurassic Park is a throwback to the early science fiction of H.G Wells and Jules Verne, asking the age old question: Should any invention be utilized regardless of the consequences. Michael Crichton’s novel speculated on the possibility of cloning dinosaurs and then putting them in an amusement park.

John Hammond (Richard Attenborough) the Disneyesque creator of Jurassic Park asks a group of experts to determine whether the park will be safe for the public. Jeff Goldblum steals the film as mathematician Ian Malcolm, an evangelist of chaos theory with some serious reservations about the safety of Hammond’s “experiment.” Meanwhile fellow scientists Ellie (Laura Dern) and Grant (Sam Neill) are skeptical about the consequences of bringing two species together separated by millions of years of evolution.

Spielberg applies the tenets of Chaos Theory with great relish when everything begins to go haywire – betrayals, power outages, a scathing commentary on the “too big to fail” mentality.

Ironically, Jurassic Park would not have been possible without CGI technology to make the dinosaurs appear realistic. As a result, practical effects have almost disappeared from movies, which had many unforeseen effects for the future of cinema, adding an extra layer of interest.

Spielberg’s popcorn movie has enough thrills to keep any audience electrified, a blockbuster told with verve and subtle angst.

Steven Spielberg’s A.I. Artificial Intelligence was a project Stanley Kubrick had in development since the 1980s. Spielberg took over after Kubrick passed away during pre-production.

The film opens with a global warming scenario of ice caps melting. Human civilization is doomed. In typical Spielberg fashion, the first act is a family drama. A married couple (Sam Robards and Frances O’Conner) adopt a robot boy named David (Haley Joel Osment) after their own son fell ill (they keep him cryogenically frozen until a cure is found).

Osment is outstanding as the Pinocchio inspired David, who longs to be a real boy. David bonds with his mother until she abandons him after an unfortunate accident.

A.I. features some of Spielberg’s most stunning sequences. One in particular, the flesh fair, is a mass lynching of robots that recalls Schindler’s List. Another sequence highlighting the moon is a dark twist on Spielberg’s E.T. One of the all time best “on the run” movies ever made.

In David’s quest to become human he encounters Gigolo Joe (Jude Law) in a futuristic metropolis. Even though David and Joe are “robots” the two of them become real characters, even more human than the replicates in Blade Runner.

In the final act Spielberg presents a destiny for humanity most would prefer not to ponder. Will artificial intelligence take the place of people? Or will there be a convergence? Perhaps Spielberg’s most pessimistic film. 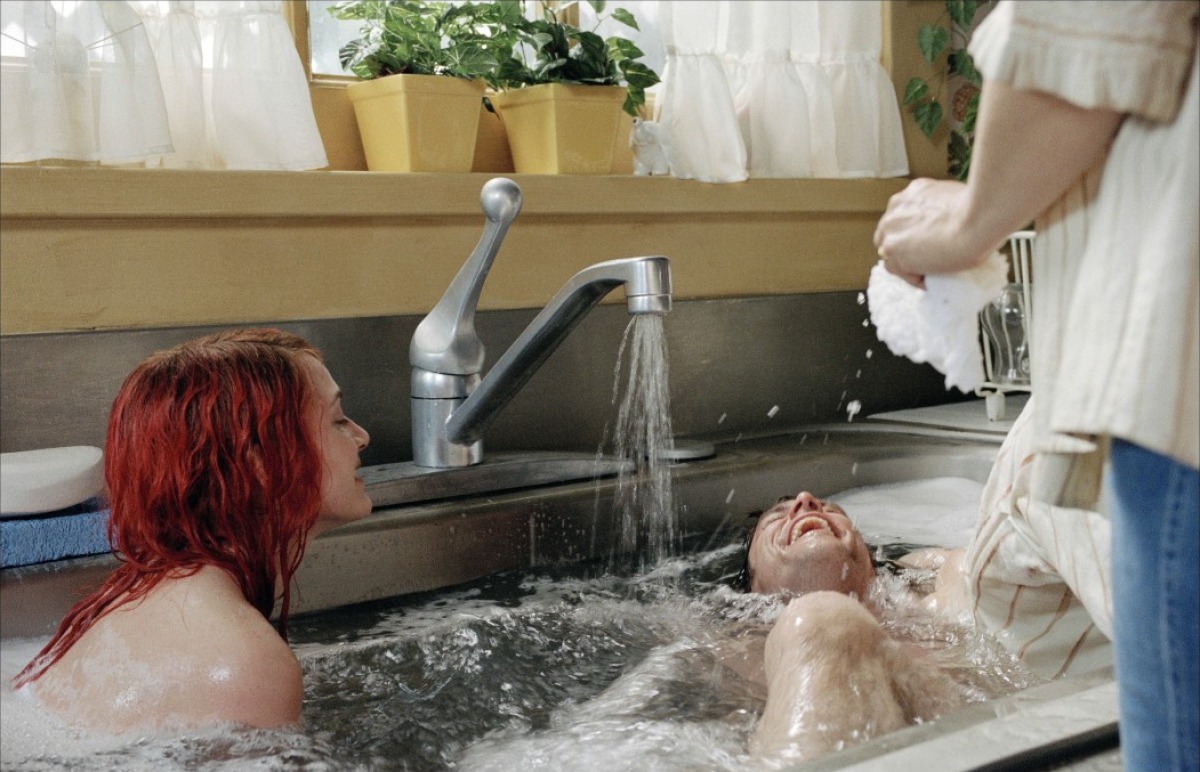 Not without justification, critics of science fiction often consider the genre cold and devoid of emotion. Eternal Sunshine of the Spotless Mind stands as an exception, one of the first “Emo” Sci-Fi films. For the movie asks, what if painful memories can be erased?

Joel (Jim Carrey) and Clementine (Kate Winslet), an introvert and an extrovert, decided to break up and have memories of their relationship erased. After going through the treatment they meet again as strangers on a train. Carrey and Winslet created authentic characters who are experiencing emotional pain. It seems their differing personalities were too much to overcome. Or were they?

Clever subplots involve the employees at the memory removal clinic, all with issues of their own. Tom Wilkinson, Kirsten Dunst, Elijah Wood, and Mark Ruffalo all provide comic relief, while adding more emotional depth to the story.

Eternal Sunshine of the Spotless Mind asks whether technological solutions can resolve basic existential issues like a broken heart. Director Michael Gondry’s unconventional structure, innovative editing technique, and striking use of sound and color makes for one of the most imaginative films of the 21st Century.

Ex Machina revisits the Frankenstein trope with a story set in the near future, with artificial intelligence edging closer to reality. Director Alex Garland added a post-modern cool to the Frankenstein mythology.

Isaac’s original take on the mad scientist character combined aspects of Captain Nemo, Steve Jobs, with hints of an unhinged Al Pacino. Gleeson equals Isaac as the naive protégé and Vikander is seductive and haunting as Ava.

As Caleb develops an emotional connection with Ava, he starts to question the ethics of Nathan. What if artificial intelligence is used for selfish purposes?

Like Brazil, the technological utopia of Nathan’s magical mountain reflects his own personality and desires. His AI creations look like supermodels, designed to fulfill his own desires, raising the question how much influence personality has on the technology of the future.

Ex Machina is more fatalistic than Blade Runner and suggests once the artificial intelligence genie gets released there’s no going back. Humanity’s fate is sealed.